Iguazú National Park is home to an astounding 275 waterfalls. With new flights launching, it’s even easier to stare down the Devil’s Throat and then explore the surrounding area’s trails and wildlife... 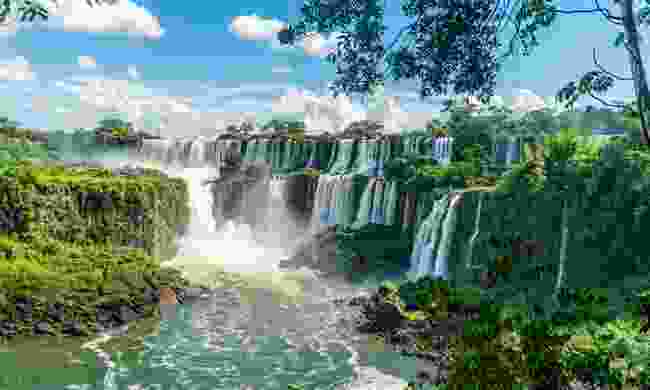 Iguazú Falls in all their glory (Shutterstock)

You hear Argentina’s Iguazú Falls before you clock eyes on them. Clouded by a thick mist, the falling cascades shatter into plunge pools, thundering an unmistakable roar that leaves travellers silent.

They’ve always exerted a strong pull, though, beckoning over a million visitors last year to see its narrow chasms and milky abysses, unshy of performing an elemental drama to a captive audience.

Divided between the Argentine and Brazilian border – with more of it on the former’s side – these natural wonders have a long history.

The Spanish explorer Álvar Núñez Cabeza de Vaca seemingly spotted them first in 1541; Iguazú National Park came into being nearly four centuries later, in order to protect the falls and surrounding jungle, packed with around 2,000 species of endemic flora.

Your route around Argentina's side of Iguazú Falls 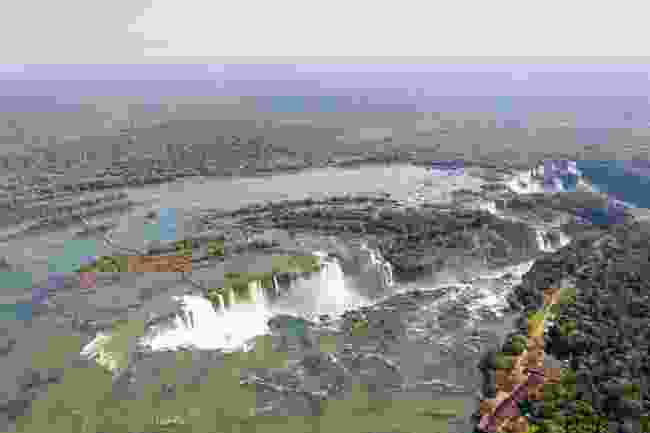 An aerial view over Argentina's side of the falls (Shutterstock)

You can take a 4x4 ride into this rainforest, too, and glimpse howler monkeys and giant anteaters. A good place to start, though, is the walking trails.

Stroll down the Lower Circuit, first; here, you’ll see a sweeping view of all the falls, including the Three Musketeers, San Martín and Salto Bossetti.

Go west for the Upper Circuit route, which overlooks the cascading falls on elevated walkways. Butterflies wheel around you as you make your way through; you’ll also spot specks of great dusky swifts nipping through the water, and sharptoothed coatis and crocodiles making the most of shaded spots.

Then prepare to be swallowed up by Garganta Del Diablo (Devil’s Throat): a horseshoe-shaped canyon that offers a panoramic view of the largest of all 275 falls.

You can get an eco-train from the Upper Circuit here, or walk next to the railway track as the belly of the basin beneath slowly reveals itself.

Speedboats take you into the heart of these 80-metre-high falls, too – you’ll get soaked as you dash through hairpin turns and gushing cataracts.

Legend has it that a serpent-like sea god turned two lovers who scorned him into a large rock and a palm tree here, cleaving the river in half to divide them on different sides. Today, you might just see them united by a rainbow.

3 things you must do at Iguazú Falls 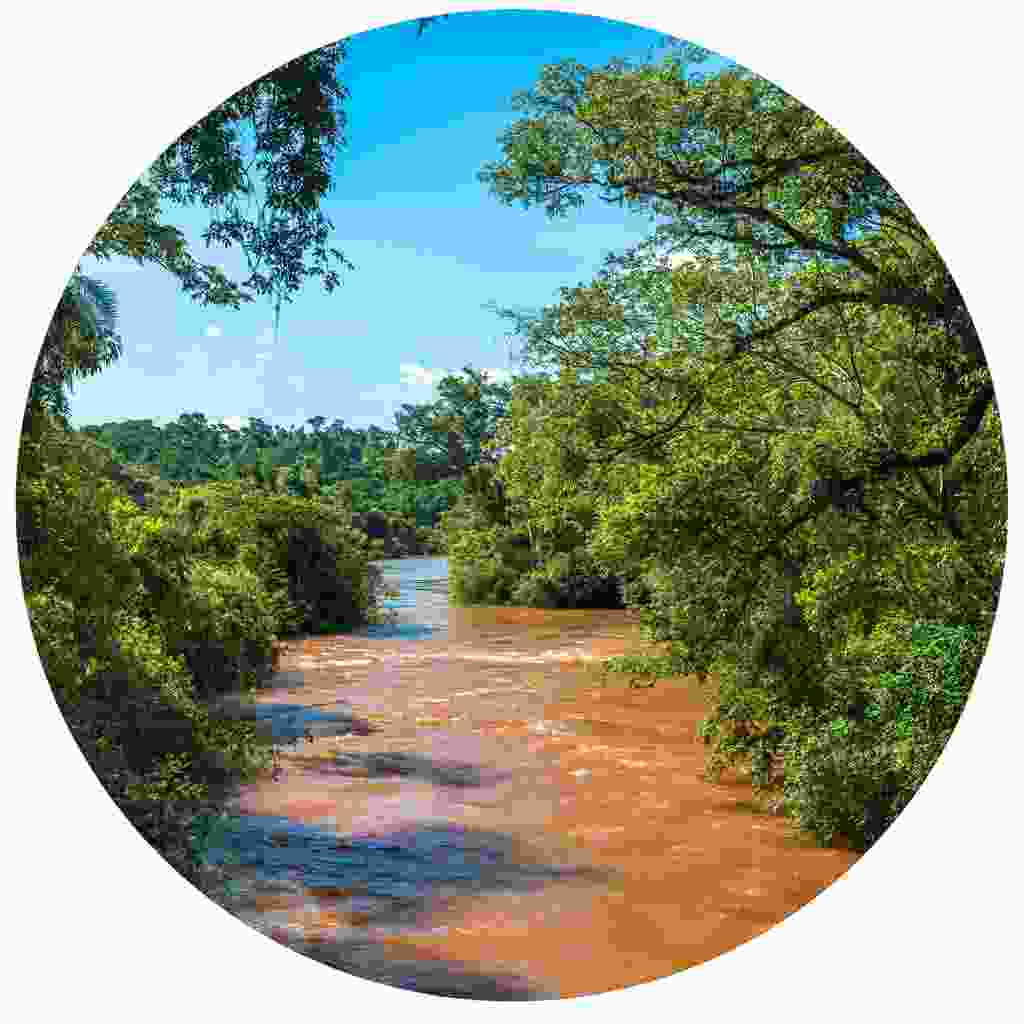 Located on the banks of the Iguazú River, the Awasi Iguazú eco-resort is a jungle paradise.

Secretive jaguars and ocelots prowl close by, and it’s not far from the falls, either – ideal for the early risers who want near-exclusive access to them. 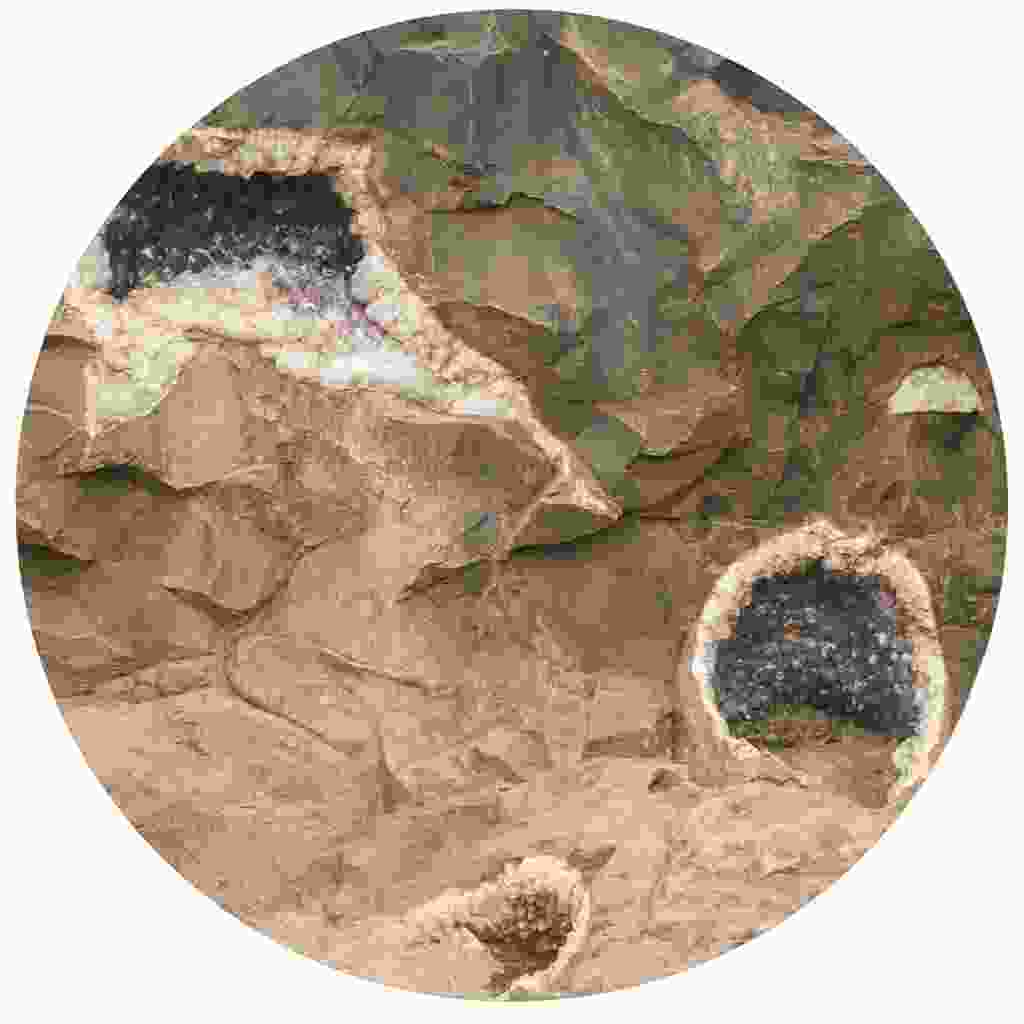 Feel amethyst, topaz and agate under your fingers at the Wanda mines, just a short bus ride south of the falls.

Named after a mythical Polish princess, the caves are full of semi-precious stones and can be navigated with a local guide. 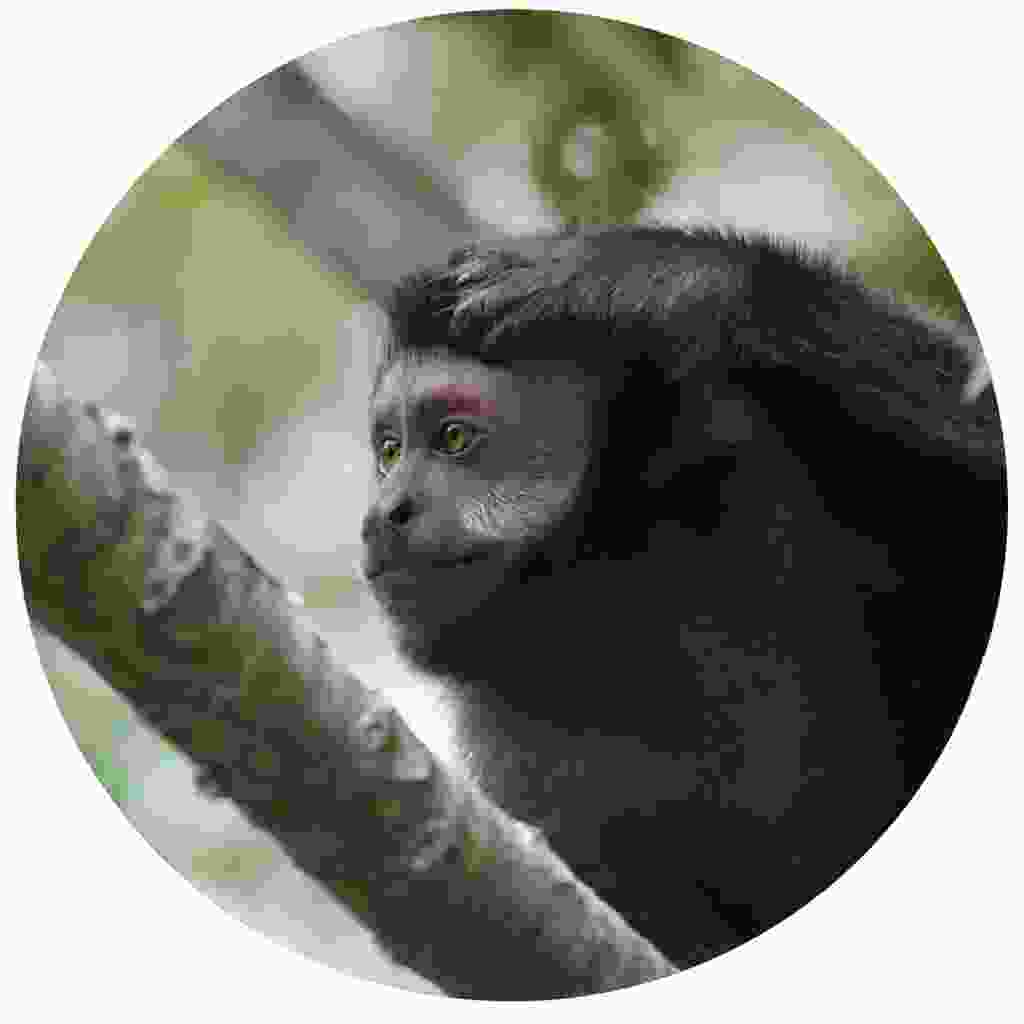 Visit the land of the capuchin monkey on the park’s Macuco Trail, which ends at Arrechea Falls. 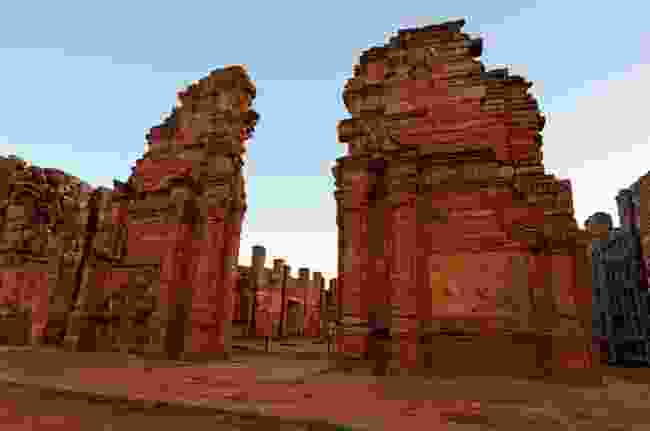 Don't leave the area without heading deep into the land of the indigenous Guaraní tribe and uncover the ruins of Jesuit missions, built in the 17th century.

Escaping the persecution of Spanish conquistadors who wanted to enslave them, the Guaraní were o­ffered protection by the Jesuits – in exchange for adopting Christianity and building settlements.

Nowadays, all that’s left of them is crumbling ruins, but you can still explore the site of the San Ignacio Miní mission and find the red ruins of the Baroque-style church – the sandstone settlement lights up at sunset.

How to get to Iguazú Falls 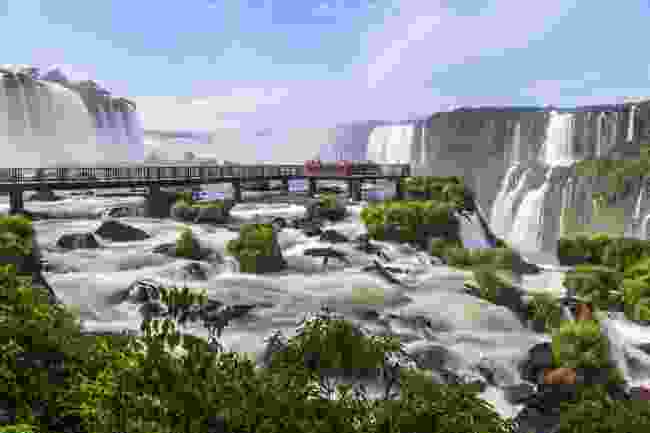 The border between Brazil and Argentina (Shutterstock)

As of late 2019, Air Europa now flies from London Gatwick to Iguazú (Argentina) via Madrid from around £635 return; the shortest journeys take approximately 19 hours. 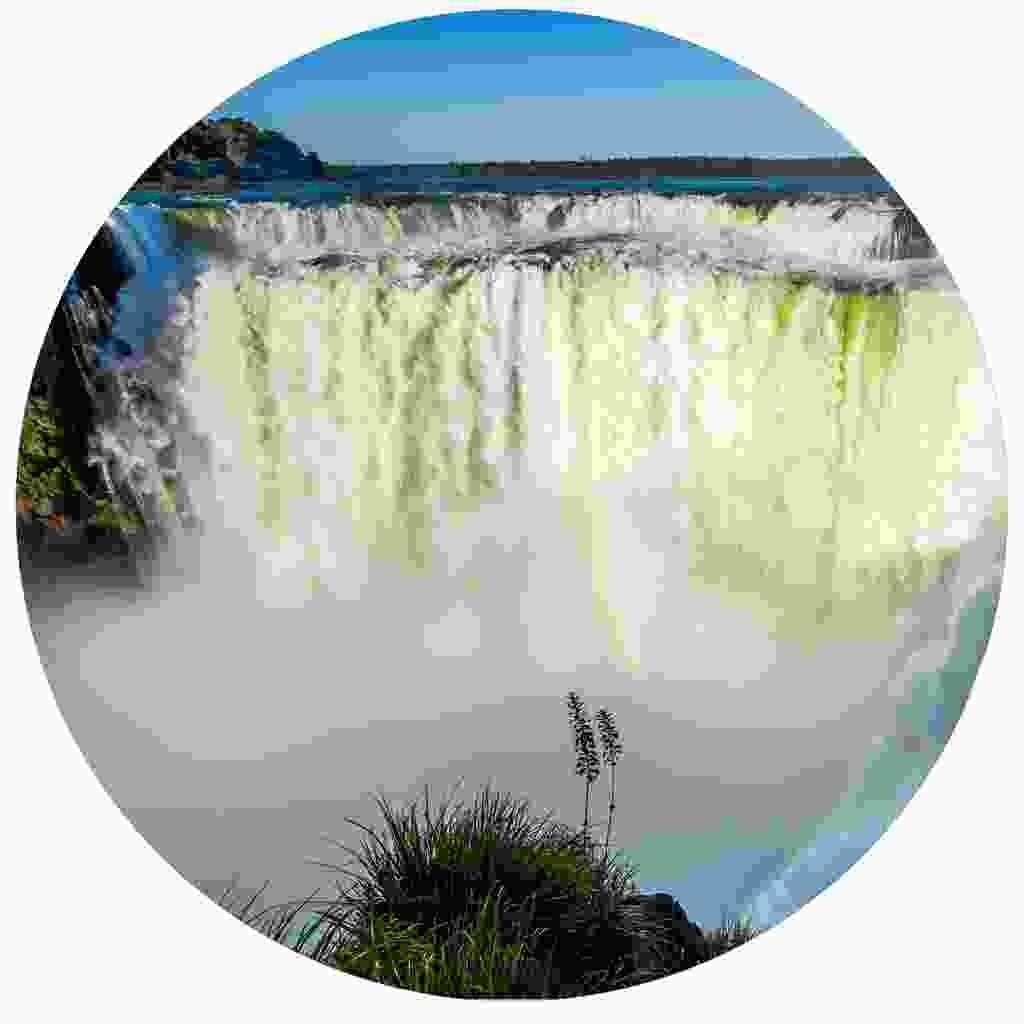 At 260°, an observer can stand and be surrounded by waterfalls at the Devil’s Throat.

Honestly, you won’t know where to look first. 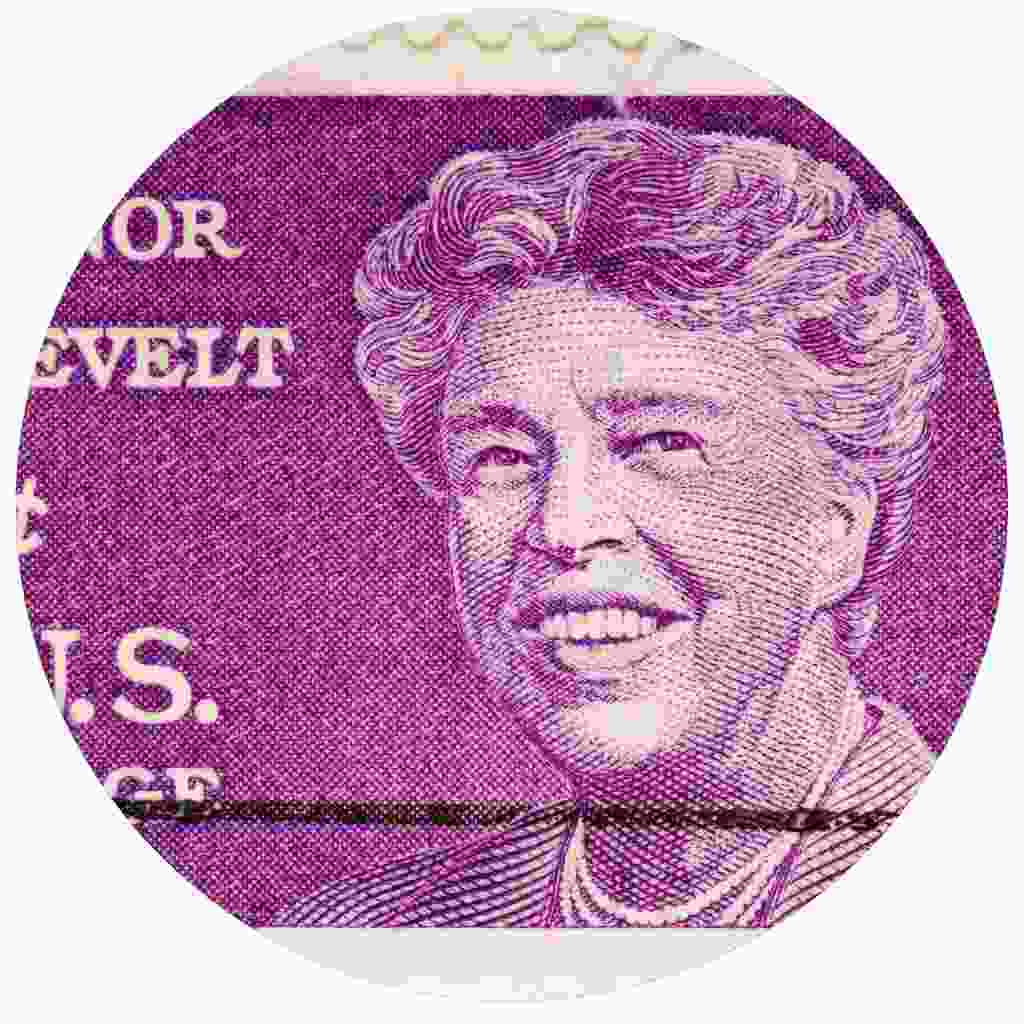 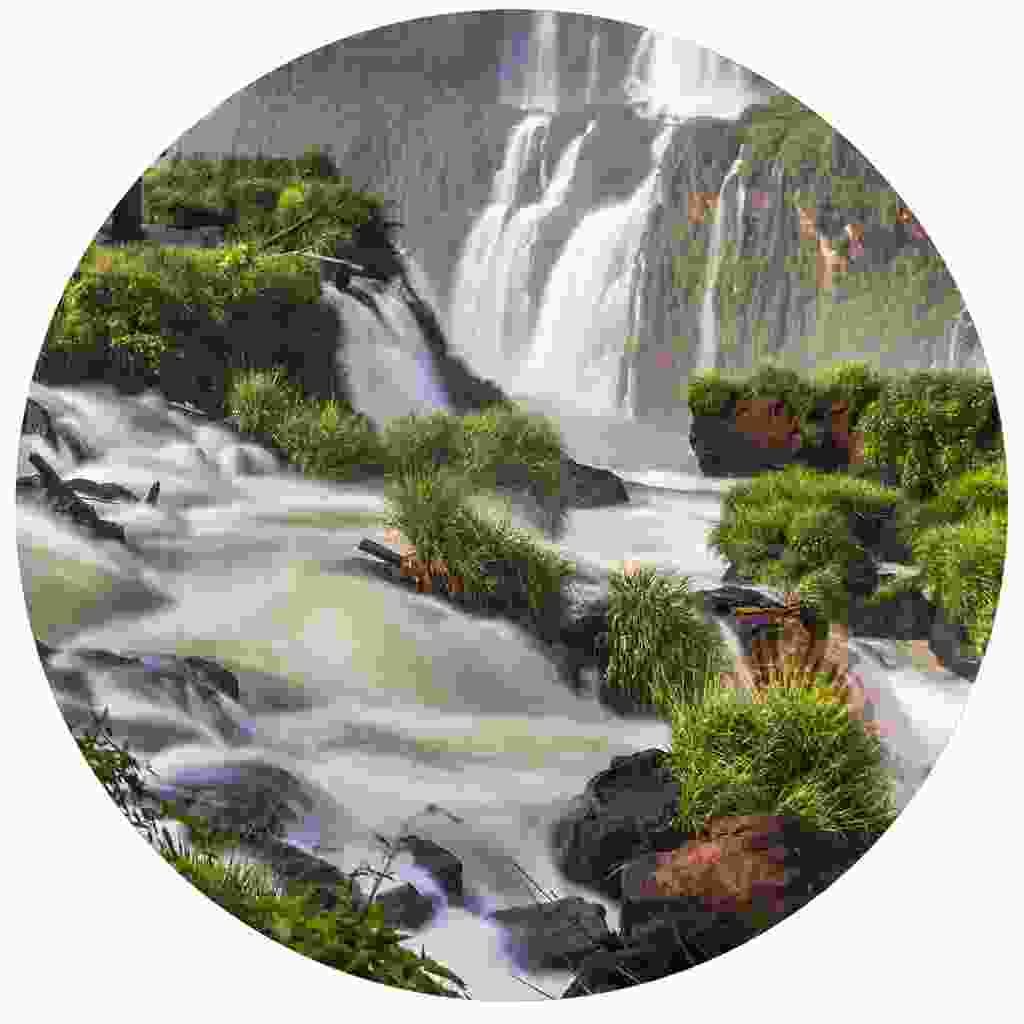 There are five Olympic swimming pools that Iguazú’s flow of water (12,743 m³/s) can fill in the rainy season (October to March).

Where else should you go in Argentina?

9 incredible things you must do and see

The best treks and adventures in Argentina