Enjoy some of the world’s most famous and delicious cocktails in the places they were invented, and create a host of travel memories you’ll (hopefully) never forget...

1. A Negroni in Florence 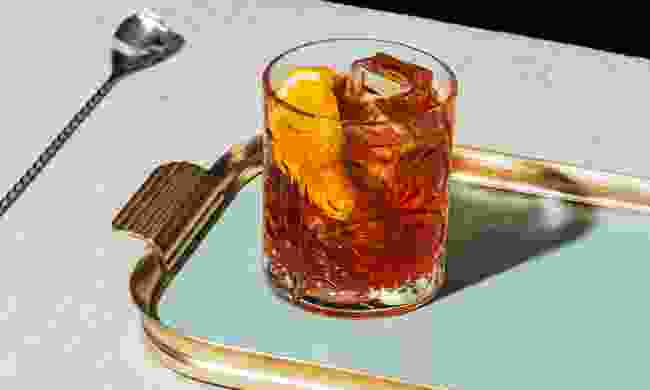 The Negroni is a Florentine institution. It was invented in the city 100 years ago by bartender Fosco Scarselli. Count Camillo Negroni asked Fosco to make him a stronger version of an Americano and the rest, as they say, is history.

Made from equal parts gin, sweet vermouth and Campari, it is best enjoyed from SE.STO on Arno, the bar on the sixth floor of the Westin Excelsior hotel. A Negroni just tastes better when you’re looking out across 360-degree panoramic view of Florence and the Tuscan hills beyond.

2. A Mojito in Havana 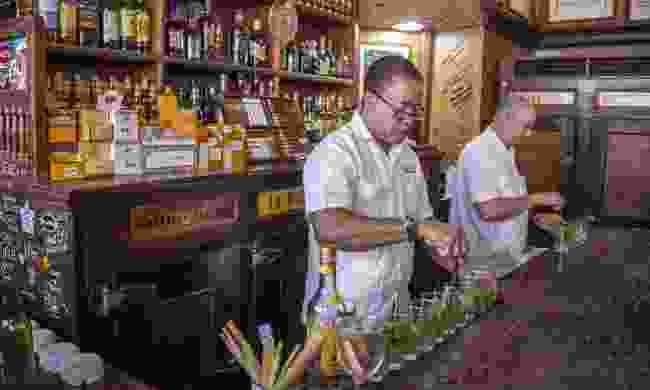 No one can agree who invented the mojito. One theory holds that it was mixed up as a tonic for sailors under Francis Drake to help with scurvy and dysentery.

But everyone agrees that the best place to drink a mojito is in Havana. In particular, at Bar Monserrate, right next to Parque Central.

Bar Monserrate is everything you could want from a Cuban bar, right down to the locals who like like extras from Buena Vista Social Club. They also know how to get that mix of mint, lime, rum and brown sugar just right. 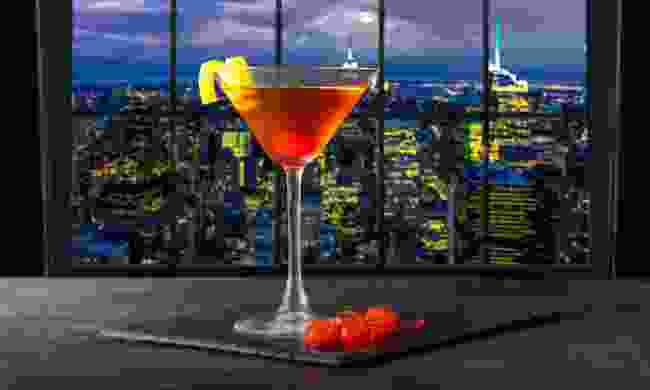 This combination of whiskey, sweet vermouth and bitters crowned with a maraschino cherry is as iconic as the Big Apple itself. First created in 1870, to be served at an event at the Manhattan Club, it has since gone on to reflect the smooth sophistication of one of the world’s great cities.

As you can imagine, there is no shortage of bars where you can try the drink – from sleek bars on Madison Avenue where you might bump into Don Draper wannabes, to one of the new ‘Speakeasy’ bars that have become increasingly popular.

Bemelmans, an Art Deco jazz bar on the Upper East Side, offers the best of both worlds.

4. A Singapore Sling at Raffles Hotel 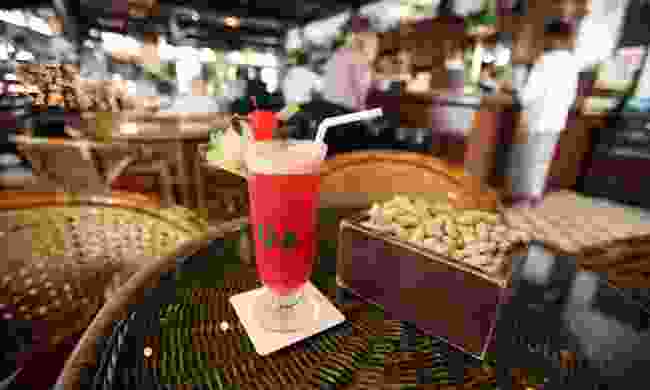 The Long Bar in the Raffles Hotel in Singapore (Shutterstock)

There’s only one place to truly appreciate a Singapore Sling – the Long Bar in the Raffles Hotel in steamy Singapore.

Not only do the rattan chairs and swishing fans give a truly evocative feeling of times gone by, it was here, at this very bar, that the drink was created by Chinese bartender Ngiam Tong Boon.

A gin based cocktail, mixed with pineapple juice, lime, cherry brand and bitters, this long drink is served in distinctive glasses that you can purchase as a souvenir of your visit.

5. A Margarita in Mexico 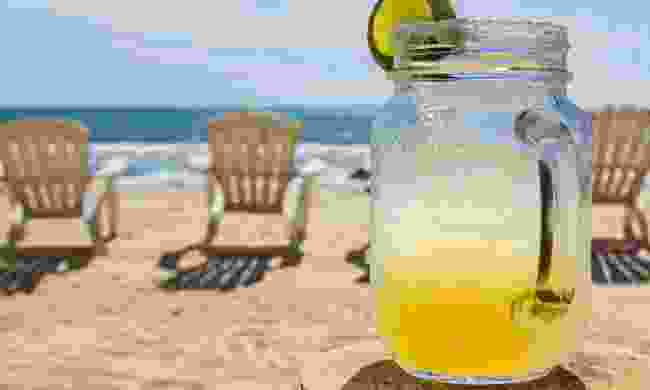 A Margarita on the beach in Mexico (Shutterstock)

Part of the ‘sour’ cocktail family and traditionally consisting of just three ingredients (tequila, range liquor and lime juice), the Margarita has become synonymous with sun, sand and music.

It was created somewhere in Mexico – bartender Danny Herrera from Puebla is said to have created it for his girlfriend and brought it to Tijuana in the 1930s.

Jimmy Buffett may insist that Margaritaville is somewhere down in Key West, but we reckon you can’t beat knocking one back somewhere on Mexico’s glorious Pacific Coast or close to the source at El Museo Restaurante in Tijuana.

For something even more refreshing, head to Dallas’s legendary Margarita Mile, birthplace and spiritual home of the frozen Margarita. 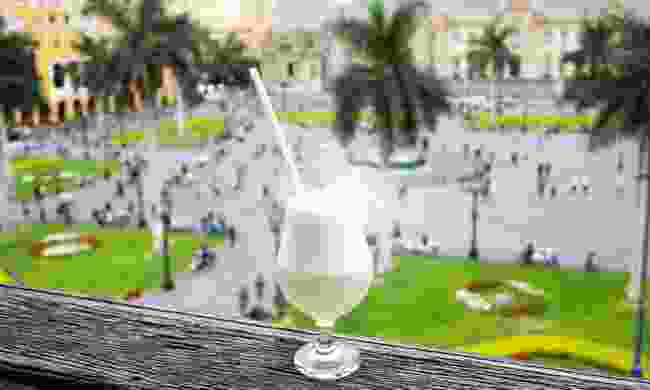 One could put together quite an itinerary following in the footsteps of roustabout author, Ernest Hemingway, as he seemingly drank his way around Latin America.

To his credit, he used to favour local cocktails and it was no different in Lima. He is said to have set the record for the most number of Pisco Sours downed in one session at the Gran Hotel Bolivar.

It’s delicious and you could do worse than succumbing to the faded charms of the Gran Hotel Bolivar, set on Plaza San Martín.

7. A Caipirinha in Rio de Janeiro 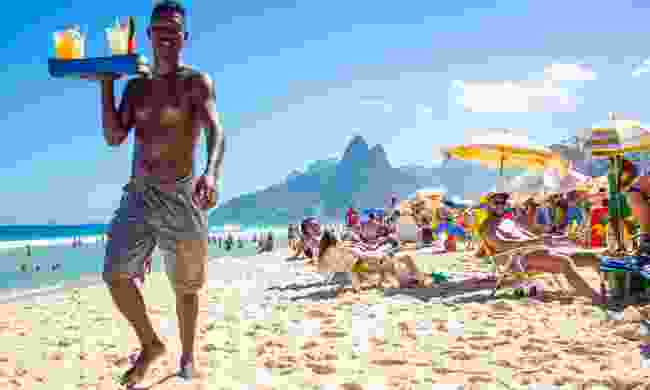 Caipirinha is Brazil's national cocktail, made with cachaça (sugarcane hard liquor), sugar, and lime. First served at events and parties thrown by wealthy landowners in Brazil’s sugar cane growing districts, it is now widely available in bars, restaurants and households across the country.

Keen to feel the sand between your toes? The Gavea Beach Club is a beachside kiosk in the south of the city that serves fresh grilled lobster, steaks and, some say, the best Caipirinha in Rio.

8. A rum punch in Antigua 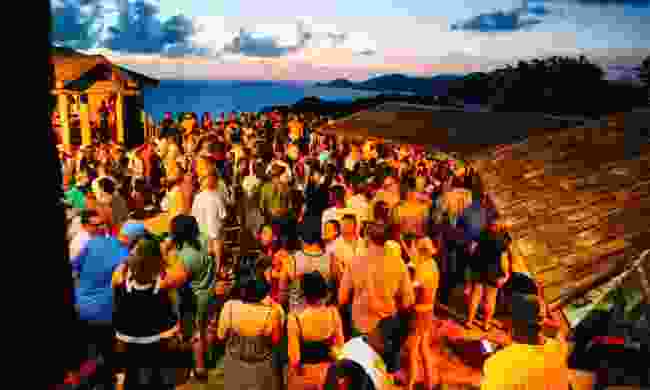 Refreshing, easy-to-knock back and deadly, Rum Punch is the cocktail of choice in the Caribbean. For most visitors to the region, it’s an abiding memory of their journey – a fruity reminder of sun, sea, sand and dancing the night away.

One of the best places to enjoy a rum punch is the weekly Shirley Heights BBQ in Antigua, held every Sunday evening in an old military battery overlooking English Harbour and Falmouth Harbour.

You’ll be serenaded by a traditional steel band as the sun sets, before some of the island’s best reggae bands keep the party going, well into the night.

9. An Aperol Spritz in Positano 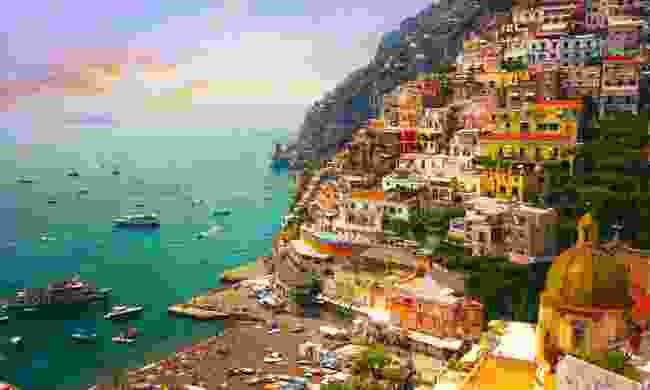 It’s true, Italy’s most famous aperitif originated in Northern Italy. Prosecco is the main ingredient, as well as gentian-, rhubarb and grapefruit-infused Aperol.

Its bright tutti-frutti colour seems right at home on the Amalfi Coast, where its vibrant colours and zingy taste is much appreciated. Any of the bars down by the harbour in Sorrento are fine, especially those with outside tables.

But for a more sophisticated experience, consider heading out the Positano. The colourful buildings that cling to the seaside mountains here look like they should be in an ad for Aperol. Both locals and visitors suggest Bar Internazionale. Ask for Luigi. 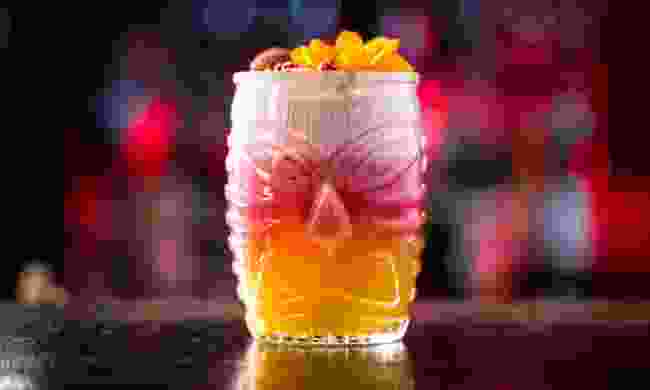 A Mai Tai in a Tiki glass (Shutterstock)

No drink conjures up images of Polynesia like the Mai Tai, a tropical and fruity rum-based cocktail from Hawaii. Colourful and heavily garnished, it literally screams ‘Tiki Bar!’.

Made from rum, Curaçao liqueur, orgeat syrup, and lime juice, the Mai Tai was created at a bar in the Royal Hawaiian hotel, overlooking the world-famous Waikiki Beach.

Indeed, many say it is still the best place to drink a Mai Tai in Hawaii, although Duke’s, right on the beach, serves the strongest. Plus they serve them in a Tiki-shaped glass. Go on. You know you want to.

11. A Pina Colada at a bar called O'Malley's 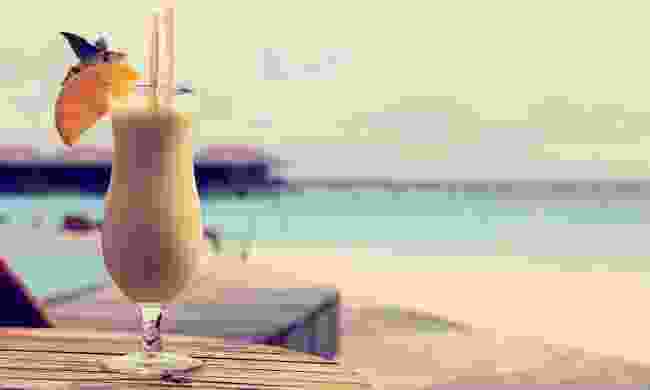 A Pina Colada. Not at O’Malley’s (Shutterstock)

Arguably the world’s first alcopop, the piña colada is a sweet cocktail made with rum, cream of coconut and pineapple juice. It was created in Puerto Rico in the 1930s at the height of American tourism there.

Now, you could enjoy a Pina Colada at the source, a cool little bar somewhere in San Juan. But wouldn’t it be much more fun to go to the nearest Irish bar called O’Malley's and order one there, pretending that you’re waiting to meet someone, just like in the Pina Colada song?

More bar tales from around the world:

How to drink cocktails around the world