InsideJapan tour leader, Steve Parker, argues that Japan’s weird and wonderful vending machines are a tourist attraction in themselves. They reveal more about the locals than they’d care to admit...

A row of vending machines in Nagasaki, Japan (Shutterstock)

Japan is the ultimate convenience consumer society and there is no better illustration of that than the country’s vending machines.

Known locally as jidou hanbaiki, you’ll find them on every corner, at every station, outside every convenience store and adjacent to every rice paddy. You’ll even find vending machines on top of Mount Fuji.

They sell cold and hot drinks, toys (for humans and their pets), food, cigarettes and alcohol. Anything you can think of, there’s a vending machine selling it.

Why are vending machines so popular? 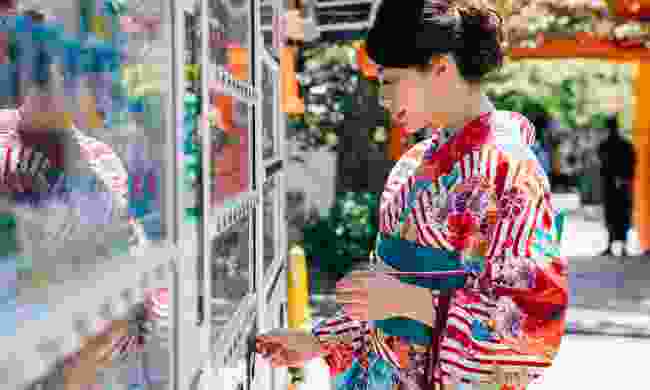 For the businesses that use them, the answer is simple: costs. Japan’s declining birth rate means that labour is scarce and costly. And the price of real estate is sky high. Vending machines have a small footprint and do away with the need to employ a sales assistant. An incredibly low crime rate means that the machines are very rarely vandalised.

For the consumer, convenience is the key. You can buy anything you want 24/7, within metres of your home, office or the station you commute from. It also helps that the Japanese are fascinated by automation. 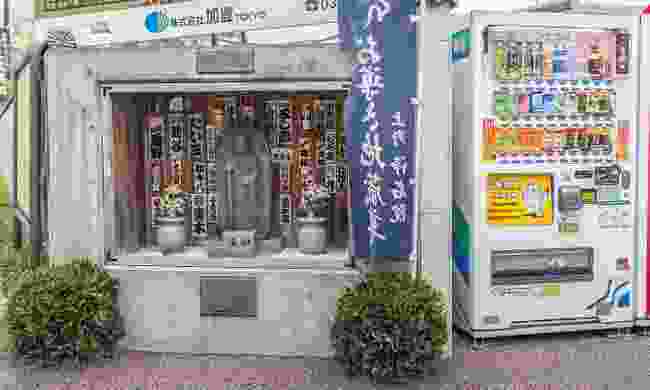 Vending machine near a shrine in Tokyo (Shutterstock) 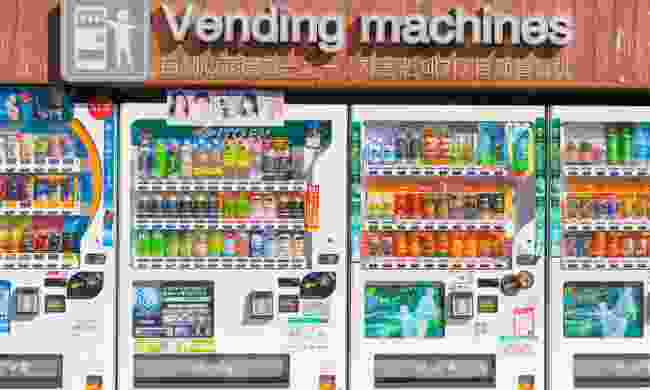 No Coca Cola in sight (Shutterstock)

More than half of Japan’s vending machines sell drinks, both hot and cold, often from the same machine. A blue snowflake next to the price indicates that it is cold (tsumetai). A red flame indicates that it is hot (atakai). As well as sodas, you’ll find coffee, green and black teas, hot chocolate, lemon drinks and also different kinds of soups. Herbal drinks like jasmine tea are also popular.

While western favourites like Coca Cola, Sprite and Fanta can be found, local favourites, often far less sweet, are much more popular. Pocari Sweat, the infamous isotonic drink, is perhaps the best example.

This low consumption of western soft drinks means that the Japanese have a relatively low intake of corn syrup, said to be a contributing factor to the low Japanese levels of obesity… for the time being.

Look out for celebrity endorsements 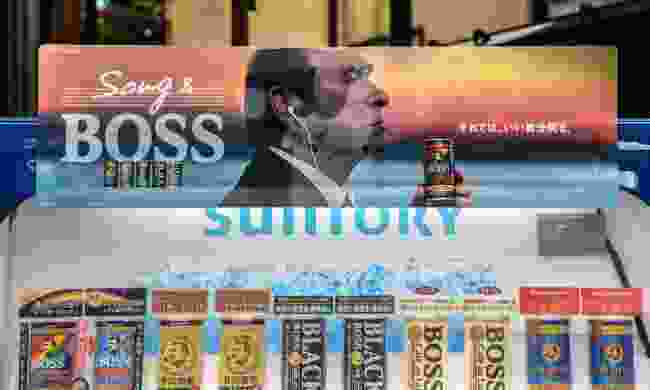 Boss Coffee, brought to you by Tommy Lee Jones (Shutterstock)

Japan has a long tradition of Hollywood actors making a quick buck endorsing products that they’d never be seen dead promoting back home. The likes of Arnold Schwarzenegger and Bruce Willis have advertised cup noodles, coffee and shampoo. Bill Murray’s character in Lost in Translation was very close to the truth.

That kind of celebrity endorsement can be seen on Japan’s vending machines, too. At the moment, the actor Tommy Lee Jones is the poster boy of coffee vending machines. In Japan, he is the face of Boss Coffee - better known for beverage-selling than even his most famous flicks. 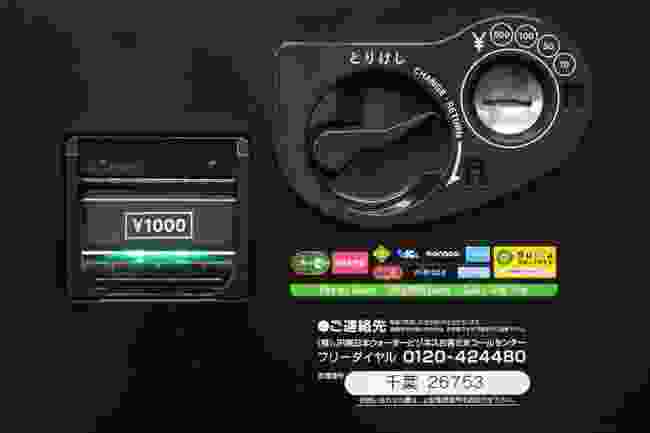 Vending machines in Japan always work and give change, and you can buy from many of them using IC transport cards, such as Suica or Pasmo.

As with most technology in Japan, quality, reliability and maintenance is a given. You would have had to majorly insult the Shinto god of vending machines to find one that doesn’t cooperate with your consumer cravings.

You can use notes or coins, even one and five yen pieces are accepted and you always get your correct change. Now that’s convenience! 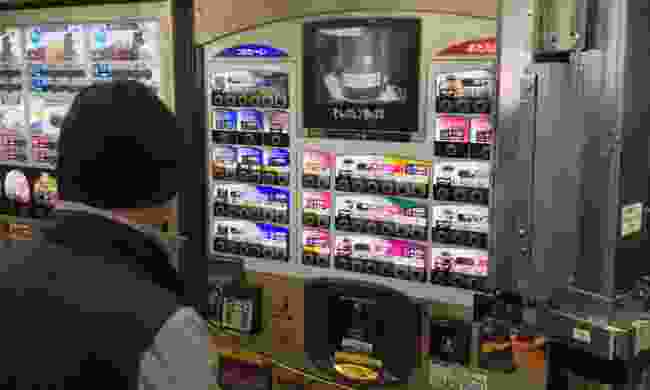 As well as offering a multitude of options as to how you’d like your coffee, a small screen lets you watch the whole process of your coffee being made, deep in the bowels of the machine.

The rise of touch panels 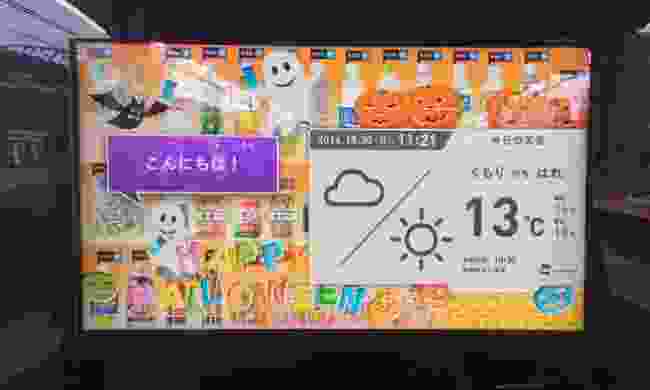 Touch panel machines are the latest generation of vending machines, and while they aren’t as widely available outside of big cities, you’ll find them on station platforms all around Tokyo.

As well as offering a quick and easy way to order and pay for your purchase, the screens are also utilised to play ads and provide information about the weather, with the days forecast displayed for your convenience – and doubtlessly, to help you decide whether to buy a hot or cold drink.

The screens are also themed to reflect the season and special holidays, featuring pumpkins and ghost for Halloween and cherry blossom designs in spring.

Increasingly, under government pressure, the machines are also providing information about the health implications of the products' ingredients and calorie counts. 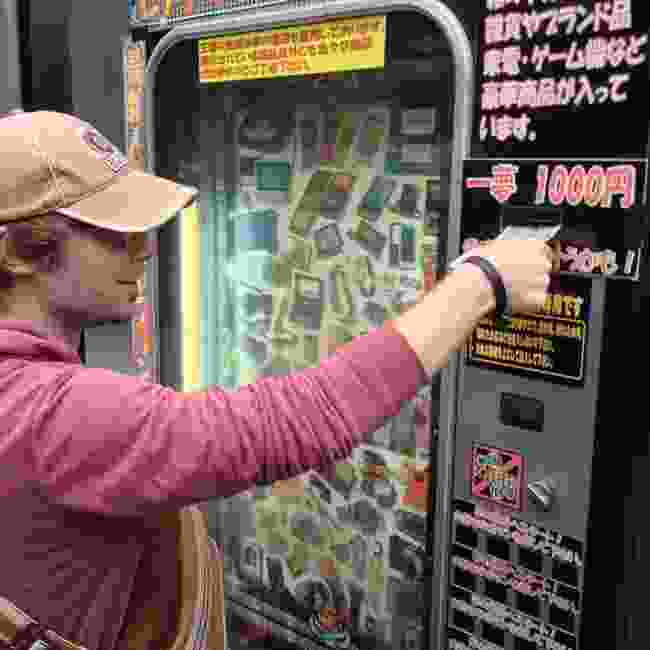 Perhaps the strangest of all are the lucky dip vending machines, where you insert a 1,000 yen note (roughly £7 GBP) and hope for the best. The machine displays the items you could get - including high price items like cameras, iPods and sunglasses - on screen. Chances are you won't be so lucky, and you’ll get a key chain or a USB stick.

There’s a whole sub-genre of YouTube video of people trying their luck. Most walk away disappointed, but one guy took home a Nintendo 3DS. Result! 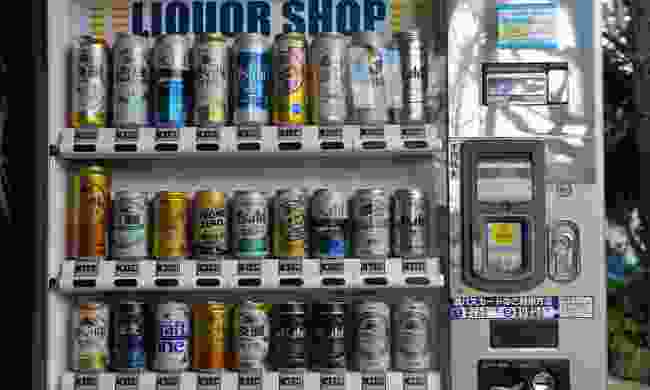 One thing that surprises many visitors to Japan is the prevalence of vending machines selling alcohol and tobacco. Alcohol vending machines were never a thing in the west. And changing perceptions of smoking mean that cigarette machines are often relegated to the odd pub, tucked away in a corner.

In Japan, they are not as ubiquitous as they were 15 years ago – the alcohol vending machines have moved off the streets into hotel foyers or street booze vendors. ID is required now, but there’s still an illicit thrill to be had by feed coins in a machine to buy a can of beer of a bottle of vodka.

Buying cigarettes is altogether easier. You can walk down the street, insert your coins and buy cigarettes on the go. You’ll need need a so-called 'Taspo' card to prove you are over 20, but it is still ridiculously simple. 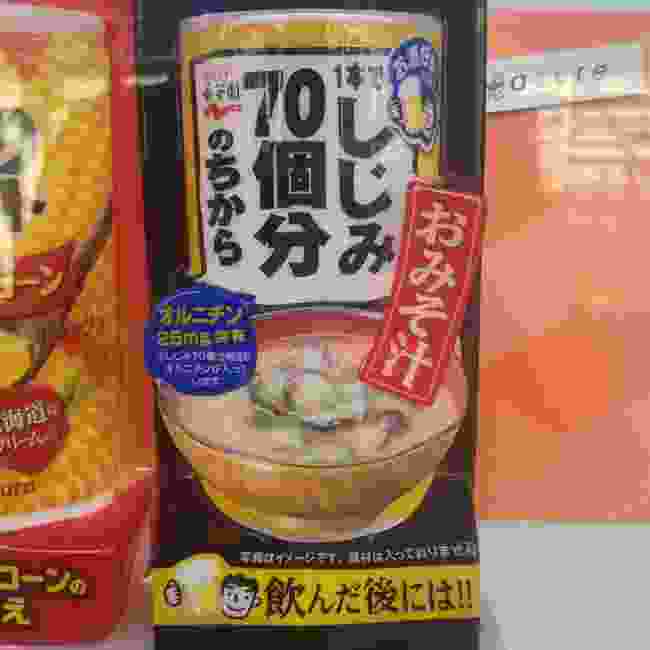 If you’re going to sell alcohol from a vending machine, it’s only right that you sell a hangover cure as well. And in Japan, the daddy of all hangover cures is clam and miso soup.

Japanese drinkers swear by the stuff, and you’ll find machines dispensing it close to all the major bar districts, as well as trains stations, so you can get your cure as you stumble your way home. Look for the logo of a beer-wielding man, your guarantee of its effectiveness.

Steve Parker is a guide for InsideJapan Tours, the Japan travel specialists. For more information about their tours, visit InsideJapanTours.com

5 places every manga fan should visit in Tokyo

An Insider’s guide to Japanese toilets