How to survive a tsunami at sea in South-East Asia

As Jamie and Liz sail into areas that were devastated by the 2004 Boxing Day tsunami, they consider their options should the unthinkable happen again...

With time running out and our visas about to expire, we left the pretty islands off Phuket’s eastern coast to check out of Thailand from the major port of Ao Chalong. We had been there before and knew the score, so it was a quick hop into the bay and a smooth visit with customs, immigration and the harbour master.

The passage to Langkawi’s main port of Kuah is around 100 miles, a simple overnighter for seasoned sailors like us. But what was the hurry? We had our port clearance papers, and the unwritten rule is that if you have your own boat you can take your time leaving the country. So we poured over the charts, consulted the pilot guide and decided it might be interesting to take the easterly route via Ko Lanta. 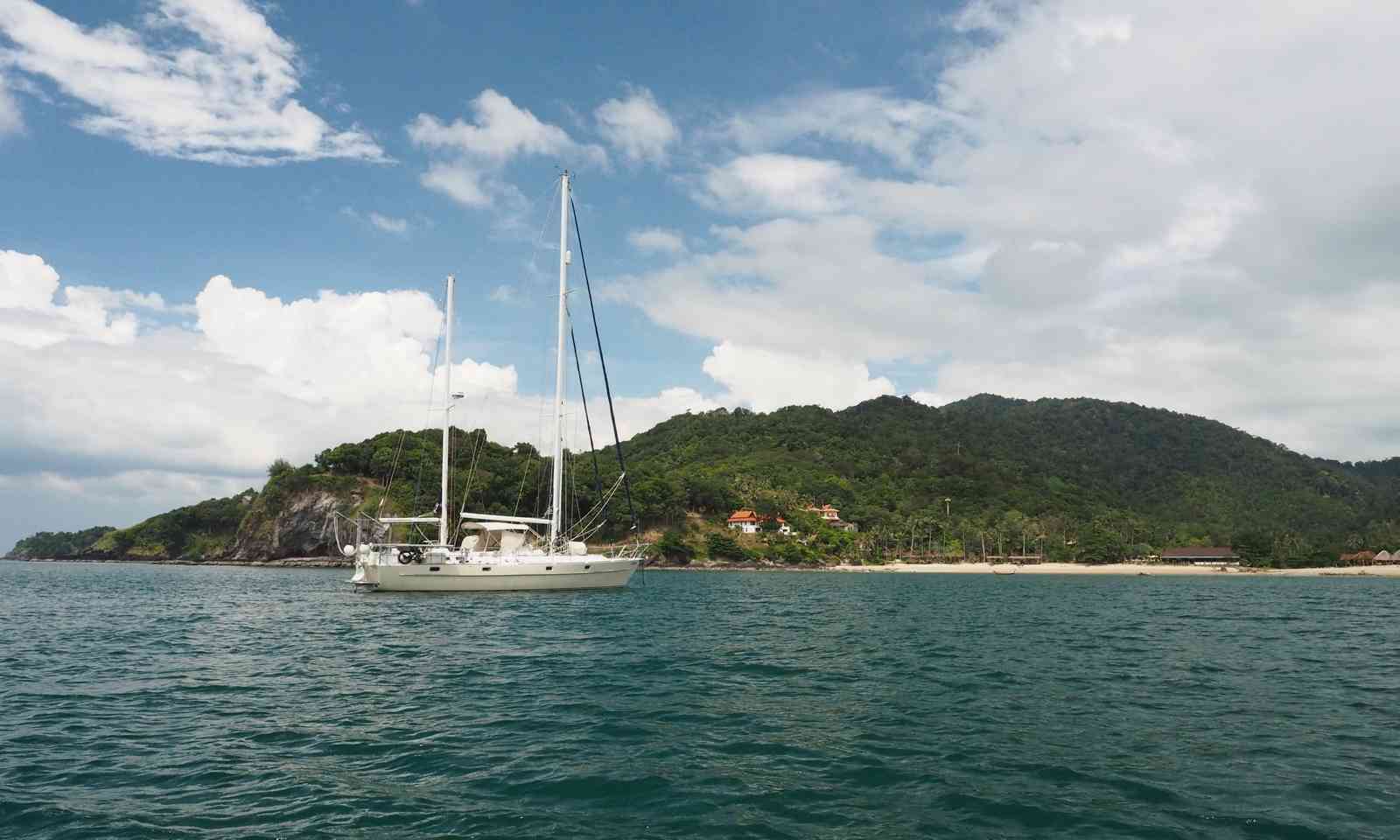 I had visited the island in 1999. It was pretty undeveloped then, with simple bungalows dotting the coves and beaches that lined its scalloped shoreline. Facing the mighty Indian Ocean, the places I had visited would have been wiped out by the wall of water that hit the vulnerable island on Boxing Day, 2004.

After getting off the ferry, I was surrounded by boys touting for business. Not having much of an idea of where I wanted to stay – but knowing it needed to be cheap – I agreed to a £2-a-night place offered by a long-haired boy of about 12. He led me to an ancient pick-up, slung my case in the back and helped me up and in beside it. I wasn’t sure where we’d end up, but after bumping along a muddy and rocky track for what seemed like hours, we arrived at a small Muslim family residence with bamboo huts on the beach.

They wouldn’t have stood a chance against the massive Boxing Day tsunami.

Since beginning to sail around this part of the world, the daily threat of another tsunami was something Jamie and I had learned to live with. If one is on its way, the best course of action for a boat like ours is to pull up the anchor and head straight to sea. In deep water, you have a much higher rate of survival.

Yachts are designed to head into big waves. It’s when the ocean swell heads towards land un-checked, sucking at the low water, that the trouble begins. We have met people who were at sea when 2004’s tsunami hit, one of whom noticed some strange eddies in the water and the sea not looking the same as usual, but it was not until they arrived back to shore that they saw the devastation it had wrought.

The warning systems in place now are more robust. The authorities are in contact with scientists who will, hopefully, be able to tell them when trouble is on its way. Sirens sound (we have experienced this on Langkawi), telling everyone to get to high ground. On Phuket, there are restrictions on how close to the water buildings can be erected, and many of the old vendors are no longer allowed to trade on the beach.

But enforcement is haphazard. We have seen many buildings that would be vulnerable if another large tsunami hit. Wherever we go, I always make a quick calculation as to the best option: back to the boat or find high ground? When sitting at a bar on the beach, most sailors instinctively keep an eye on the weather and what the sea is doing. 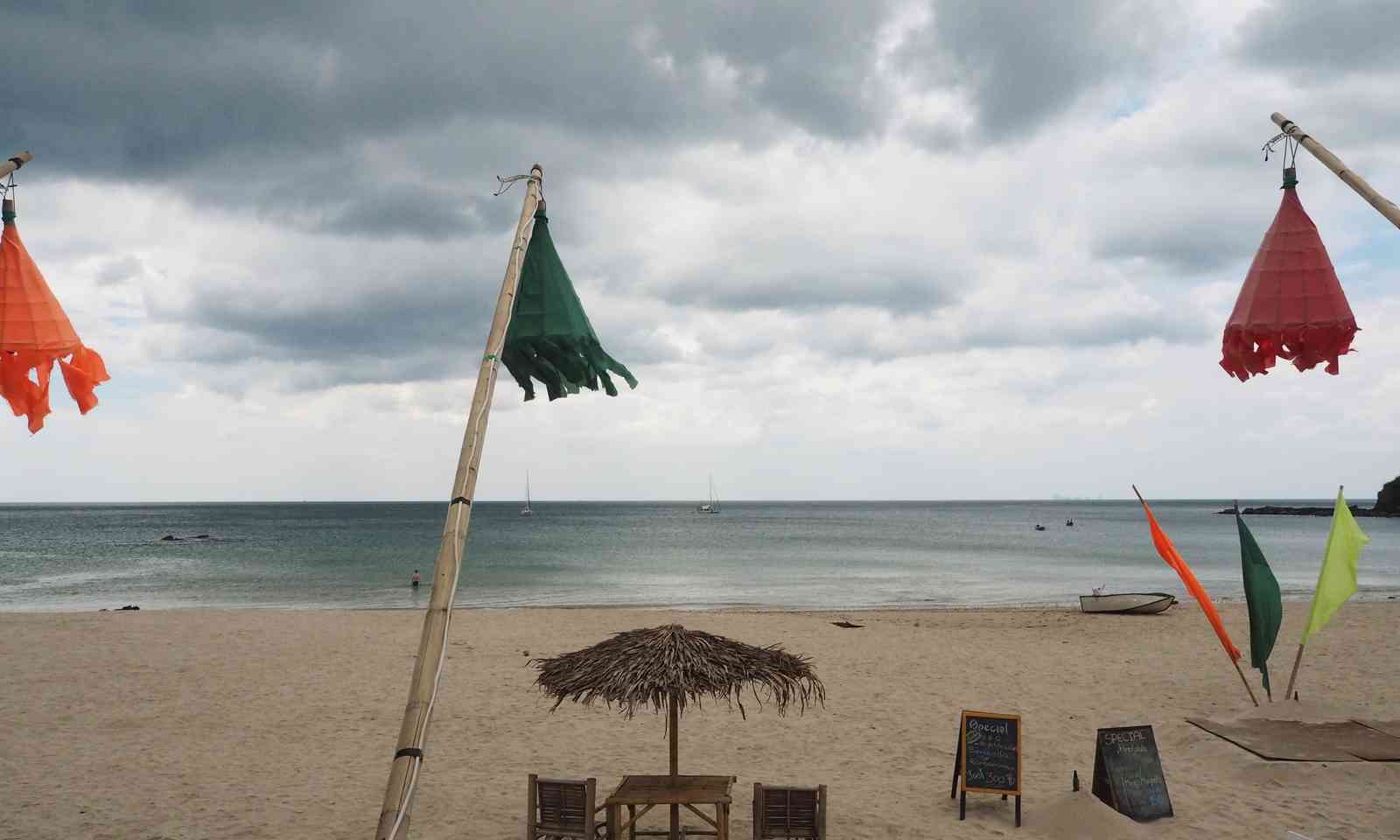 Keeping an eye on the sea (Liz Cleere)

Jamie and I set sail towards Ko Lanta, with the remnants of the southwest monsoon’s swell pushing us along. We considered stopping at Ko Phi Phi, but the skies were clear and we were making good progress. We pushed on towards the southern tip of Ko Lanta, knowing we would make landfall in the dark.

When we woke up the next day, anchored off Khlong Jark beach, we saw a natural cove with a small river emptying onto the beach at the northern end, rainforest covering the hills behind, and cliffs framing it on either side. A tsunami was the last thing on our minds.