Fresh back from a road trip along the west coast of New Zealand’s South Island, Gareth Clark reveals the hidden beauty spots you must visit... and the pitfalls to avoid 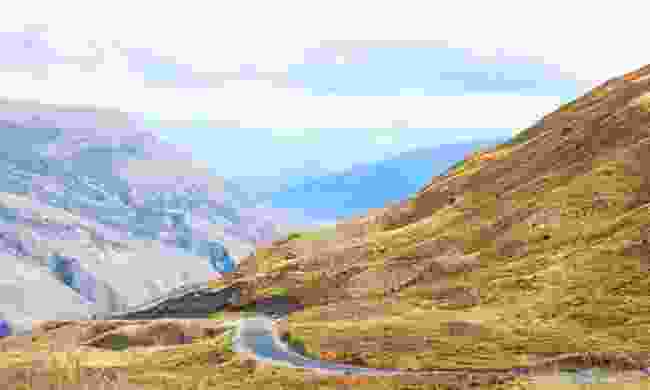 Between sporty Queenstown and the pretty lakeside escape of Wanaka, Route 6 – the road that runs the length of the South Island and tracks the western coast – takes a turn for the drab. Thankfully there’s an alternative. Turn off at Arrow Junction for a scenic and altogether dizzying detour along the Crown Ridge Road, which more than justifies its reputation as New Zealand’s highest main road and a rite of passage during the winter months (you’ll need tyre chains and a firm belief in your own immortality between May and September).

The zigzag route up Crown Terrace is not for the feint-hearted, but the summit lookout has the option of a one-hour climb (Rock Peak trail) for fine views out over the Gibbston wine region and back to Queenstown that is worth taking. On the northern side of the range, the road slips down into the Cardrona Valley – better known for its skiing during winter.

This was also mining country once, and while the 1863-built Cardrona Hotel (one of the oldest-surviving buildings in the country) might milk its old-timey look, don’t be put off; head inside for surprisingly good food and local beer, as you gaze out over the tussocked highlands. 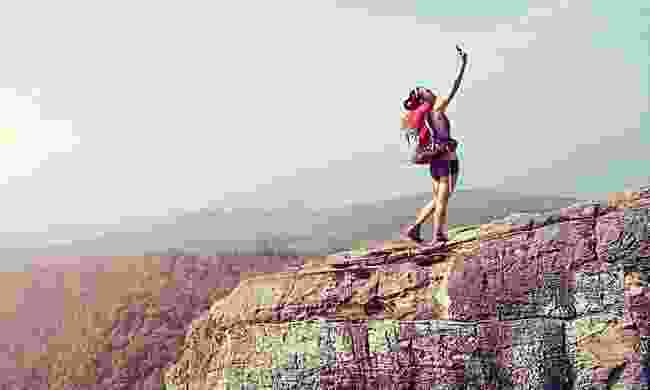 Getting a phone signal (let alone data) on large stretches of the west coast route is nigh impossible. The township of Haast, for example, is finally getting mobile coverage for the first time ever in May 2018, and many others are still playing catch-up. A number of visitors to New Zealand grab a SIM card with Spark upon arrival ($29/15 for 1GB), which gives them access to physical WiFi hotspots across the islands, but these are few and far between on the coast. Between Wanaka and Franz Josef Glacier (as well as parts thereon), you’ll be left growling resentfully at your zero bars.

Consequently, it doesn’t pay to rely on your mobile phone as a GPS; instead bring (or rent) a good GPS device and use a paper map as backup. A satellite phone is likewise advisable for anyone planning on heading off into the wilderness in these parts. But even if you’re sticking to the tarmac, book your stays well in advance and stick to your pre-planned route. During peak season (Dec–May), local hotels and B&Bs are often booked out long in advance, and large detours mean you can find yourself not only without the ability to plan on the go but, in the worst cases, without a bed for the night.

3: It’s not all about Milford Sound 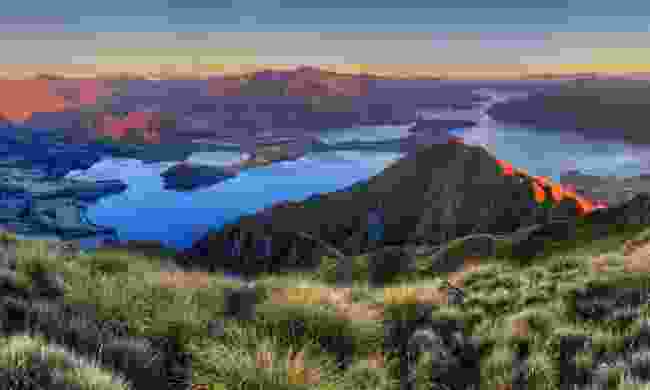 Lake Wanaka seen from the summit of Roy Peak (Dreamstime)

Most visitors to the South Island’s deep west take the Milford cruise. Like Te Anau’s gloworm cave tours (which really are worth it – despite the crowds), it’s just what you do. As such, unless you’re lucky enough to bag a place on the Milford Track, or even the three-day Routeburn trail – which is just as awe-inducing and fills up a lot less quickly – you’ll see its often rather misty grandeur along with dozens of other boats and cruisers in tow. But for sheer wild adventure, there is a worthy alternative.

Directly north of Fiordland lies Mount Aspiring National Park, a land of glacial excess where limpid lakes form deep crucibles beneath lush alpine herb fields. However, treks into its frozen heart along the Gillespie Pass Circuit are only for the skilled – it’s a difficult and often treacherous route, and cut off entirely during the winter months. But flights from Makarora (outside Wanaka) can deposit you in its very soul, deep in the Siberia Valley, where hiking through tussock flats and beech forests is followed by a fast boat return beneath mountain vistas as awe-inducing as those to the south. What’s more, you won’t see another person for miles…

4: Camping is not only a cheap alternative… 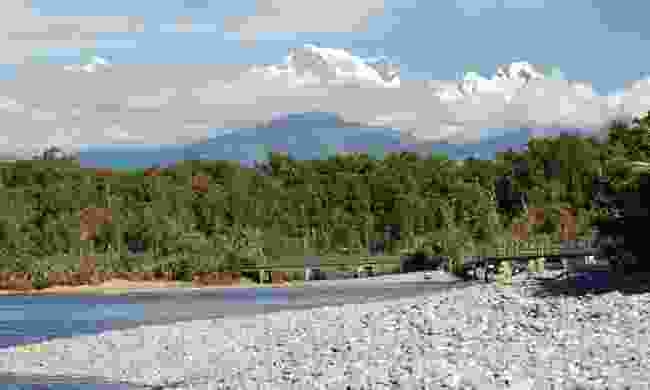 Booking accommodation in DOC (Department of Conservation) huts and campsites along New Zealand’s big trails requires plenty of planning. The Milford Track, for example, is notorious for spaces selling out on the day of their release – usually nine months in advance. But roadside sites (literally) off the beaten track are more laid-back and considerably cheaper (from NZ$8/£3.50 per night for camping) than anything else on offer. Donation boxes mean you can arrive and depart most of them any time you like, and they also hide a few gems – if you don’t mind sandflies and bringing your own drinking water.

Gillespie’s Beach Campsite, just outside Fox Glacier, is worth a stop even if you’re staying in town. The site – sheltered from a windswept pebble beach blistered with sun-bleached logs – is breathtaking enough, but it’s also the start of an excellent short walk (6.8km; about two hours each way). The route begins at a huge 1930s bucket dredge (a legacy of the area’s gold-mining past) before making its way over a brackish lagoon and up a glacier moraine as it winds a mining pack track to an old tunnel dug into the rock.

Stop to admire the views then continue into the forest, your every step dogged by dancing fantails watching for bugs your footsteps might disturb. It ends as you scrabble down a ladder and hop the rocks to Galway Beach, where the only company is the seal colony that lives here and the crash of waterfalls pouring over the cliffs above. Pure wild isolation.

5: The TranzAlpine isn’t just a tourist day out 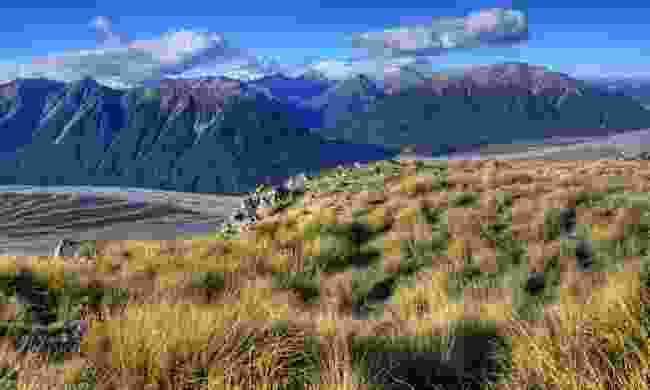 The overland rail route between Greymouth and Christchurch is one of the highlights of the west coast. This engineering marvel plunges through endless tunnels (the Otira is the longest in New Zealand) and past defunct coal villages, plunging harrowing gorges, incredible scenery and jaw-dropping viaducts. Rather than cut it short to avoid wasting a day’s car rental (you can just do half the route and turn back at Arthur’s Pass), find a company that does one-way drop-offs in Greymouth. Not all do, but a few – Avis, Budget, Thrifty, Europcar and others – can provide this service.

It also pays to split your alpine crossing into two days (it costs the same as the full journey) by overnighting in the breathy village of Arthur’s Pass – at 900m it’s the highest settlement in New Zealand. A good collection of day walks (between four and eight hours) sidle into the National Park and let you stretch your train legs. If you rise early, you can even squeeze in the popular Avalanche Peak track, with views of the tumbling Devil’s Punchbowl waterfall just ten minutes from the trail start. Bear in mind, though, that if you plan on camping in the park, be wary of curious kea; these fiercely intelligent alpine parrots have a habit of savaging any unattended canvas in search of food.

Finally, if you wait until 2019, you can continue your coastal adventure on the eastern side of the island aboard the Coastal Pacific from Christchurch. It is a route that was sadly derailed (like much of life in the island’s north-east) by the earthquakes of 2010, and runs all the way up to Picton and the wine country of Marlborough.