How to protect yourself from air pollution

Global air pollution is on the rise. With it comes the increased risk of respiratory illness. Dr Jane Wilson-Howarth explains how travellers might be affected – and how to cope

As my overnight flight zeroed in on Yangon, I sat transfixed, watching the rising sun paint the clouds a rich, deep orange. But this wasn’t just a trick of the light; what I saw was a huge slick of air pollution in the sky, looking for all the world like brick dust.

Most cities have such plumes now. A new report by the World Health Organisation (WHO) underlines the extent of the problem, reporting that more than 80% of people living in urban areas – where pollution is monitored – are breathing air containing unhealthy quantities of disease-causing particles.

The problem is at its worst in low- and middle-income countries, where 98% of towns and cities of more than 100,000 inhabitants do not meet the WHO’s air quality guidelines on risk-posing air pollutants. In high-income countries, it’s also a problem, but in fewer – 56% – environments. Whether visiting big towns and cities in the East or the West, travellers need to be aware of the risks.

What’s getting in travellers’ lungs? The air pollution that the WHO has been monitoring looks at particulate matter of two different sizes (PM10 and PM2.5) – specks or grit small enough to float in the air and be inhaled. Individuals living in polluted environments are at significantly increased risk of stroke, lung cancer and heart and respiratory diseases.

Even short-term exposure can have an effect. Otherwise healthy visitors to polluted areas are more likely to suffer from chest infections. But the good news for travellers is this is increasingly recognised as a problem.

Monitoring (the WHO currently collects data from 103 countries) allows people to assess the risk, while local pollution levels are often reported in newspapers, weather bulletins and other media, so visitors who are more susceptible to air pollution can now check levels prior to travel.

Pollution levels can often vary according to climate and season. The Kathmandu Valley, Nepal, for example, is shaped so that pollution is easily trapped, but this is significantly dispersed when the monsoons arrive. The worst time is between April and mid-June, in the build-up to rainy season, when the air can feel positively sulphurous and your eyes can really sting.

Many megacities face similar issues. In Lagos, Nigeria, their first incident of major smog was in 2005, but things have since deteriorated. Emissions from traffic congestion are compounded by long-standing industrial pollution. 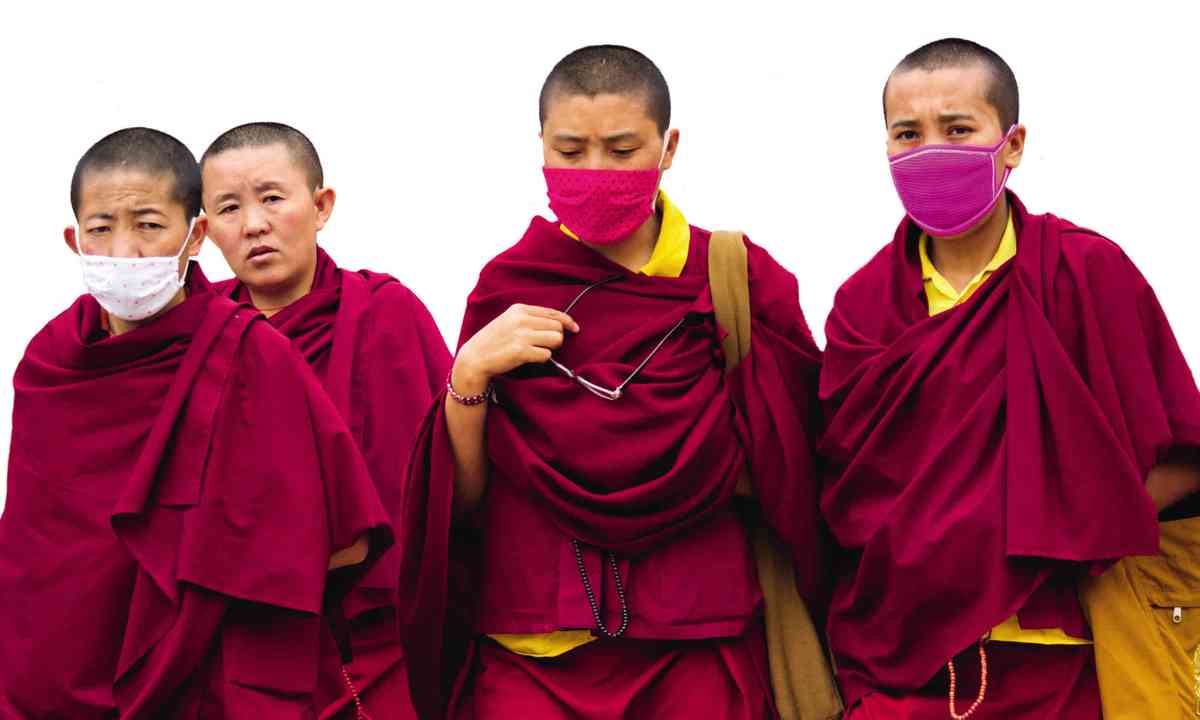 Masks are used to help protect your body from pollution (Dreamstime)

Mexico City is another metropolis famous for its poor air, made worse by the estimated 5.5 million vehicles pouring ozone into an already polluted environment. Again, rains help settle the problem, but in an attempt to curb rising levels, recent government restrictions on car travel continued long into the summer. The city is also at an altitude where thin air can make people breathless, so asthmatics and those with long-standing lung conditions should take this into account.

Who is at risk?

Smokers and people with pre-existing lung conditions or susceptibilities should do some careful research before booking any trip, as should anyone who has ever had asthma or is prone to chest infections.

Locations where sea breezes can clear the atmosphere will be easier on the lungs. Also, the fitter you are, the less likely you will be to suffer, so the very overweight and those with heart problems may struggle where air quality is poor. The same goes for anyone who has had asthma in the past; they could be at risk of experiencing a return of their symptoms.

Asthmatics should discuss their travel plans with their GP beforehand. At home, asthma can be controlled with the occasional hit of Ventolin, or regular ‘preventers’, but high levels of tiny particulates are likely to cause a deterioration.

Some travellers may find that exercise or viral infections make them wheeze despite having a healthy respiratory system; others may see common colds progress to a chest infection with fever and mucky sputum.

Such travellers should carry inhalers and would be wise to bring a course of antibiotics. Strictly speaking, GPs should not give NHS prescriptions for ‘just in case’ medicines, but a private prescription for antibiotics shouldn’t cost much more.

Often the big challenge while travelling is to recognise how ill you are and when you need medical attention. For example, breathlessness makes it pretty clear-cut that help is needed, but other symptoms aren’t obvious. With bacterial chest infections and pneumonia, such things can creep up on you. Many start with a cough, yet poor air quality itself can induce a tickle.

Coughing up green mucous (alongside any unexplained body aches) often suggests an infection, which will clear with antibiotics. Of course, this will resolve faster if you simply flee the pollution.

♦ Those prone to chest troubles should arrange for flu immunisation before travel. However, these shots are usually only available during the winter in the UK.
♦ Some people wear smog masks; this is definitely worth considering if you plan cycling or walking a great deal in a polluted city.
♦ Smokers are at an increased risk of chest infections in polluted areas – try to quit or at least cut down.
♦ Think about what health problems you have had in the past – including during childhood – and ask your GP if you think you might need any ‘just in case’ medicines.


Himalayan Kidnap (Eifrig Publishing) by Dr Jane Wilson-Howarth is an eco-adventure novel aimed at children and set in Nepal. For details, visit www.wilson-howarth.com.