Whether you want peaks, wildlife, adrenaline or culture, you'll find it in Nepal. Which of these 5 independent routes would you choose?

2 weeks
Best for: Elephant safaris, tiger spotting, varied birdlife
Route: Chitwan • Koshi Tappu • Bardia • Sagarmatha National Park
Why do it? Enjoy a rare view of the jungle, searching the grassland for rhinos and tigers while on elephant back

Royal Chitwan National Park is the big draw for wildlife spotters. Here you can take an elephant ride through the grasses and sal forest to spot one of the park’s 500 one-horned rhinos or 125 royal Bengal tigers, or take a canoe trip to search for skulking mugger crocodiles and long-snouted gharial. Adventurous souls can hike through the park, with a guide. 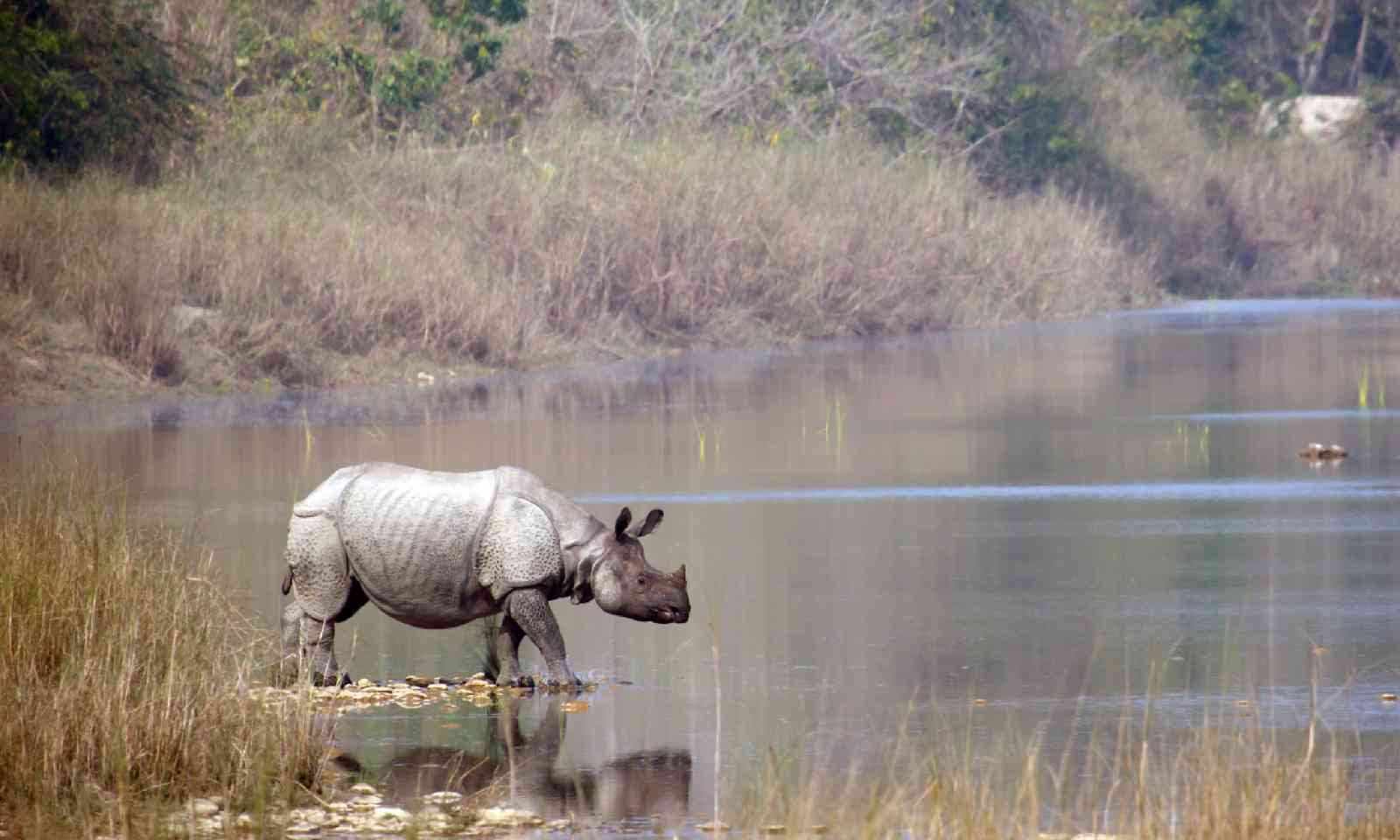 October to March is the best time to visit, with February and March the easiest months to spot wildlife, after the grasses are cut and animals are easier to spot. Allow at least two full days in the park. Birdwatchers will want to add on a visit to Koshi Tappu Nature Reserve, a Ramsar site that is home to over 500 species of birds. Come between November and March for migratory species such as the sarus crane, Indian nightjar and Bengal florican.

Elephant safaris, boat trips and jeep safaris are easily booked through local lodges. If Chitwan seems too developed then sleepy Royal Bardia National Park in the south-west is an equally good place to spot tigers, elephants and rhinos but it’s much quieter and you can visit the Buddhist pilgrimage site of Lumbini en route. 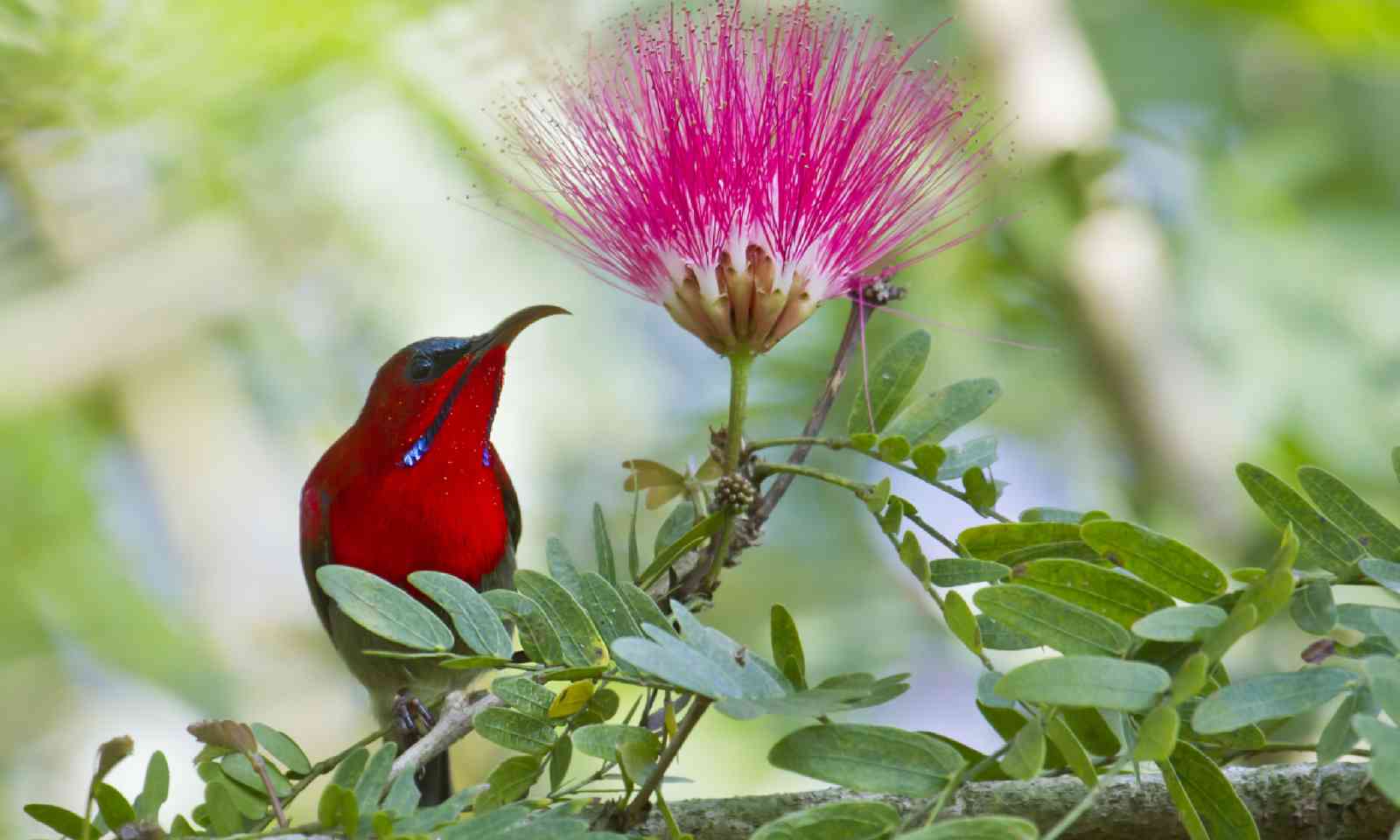 If you’re more of a mountain person, head instead to Sagarmatha National Park in the Everest region to spot high-altitude wildlife while on a trek. Himalayan tahr, blue sheep, marmot and pika are fairly common on the Everest Base Camp trek, and you’ll pass plenty of yaks. You have to be very lucky to spot snow leopard but you have an excellent chance of seeing the iridescent monal pheasant, even on a short trek.

February-March is best for wildlife spotting, though temperatures are comfortable October-March. Bring insect repellent, budget at least two full days and time your safaris for dawn and dusk.

Famed over the centuries for its artistic heritage, the Kathmandu Valley is very much the cultural heartland of Nepal. The densely populated valley is home to a trio of medieval cities, each worth a visit for their own durbar (royal) squares and old towns, each dense with hidden shrines and exquisitely carved wooden temples. 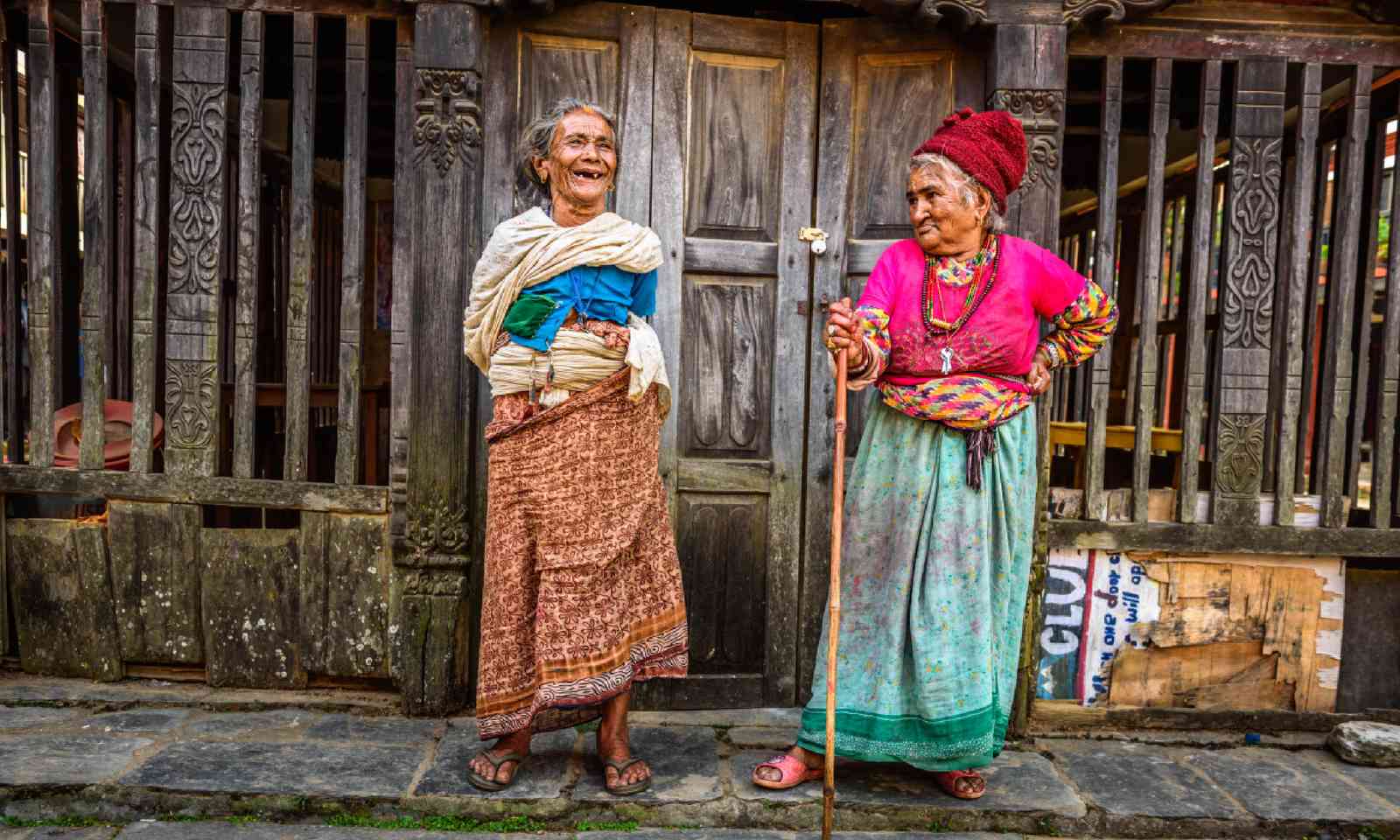 After exploring Kathmandu, take a taxi to sister city Patan. Walk its backstreet courtyards and craft workshops, and visit the Patan Museum, easily Nepal’s best, housed in a beautiful historic building. Nearby Bhaktapur has long boasted the valley’s most intact old town and is still a delight, though many ancient buildings were damaged in the recent earthquake. All three places offer charming boutique hotels converted from traditional brick buildings.

On the edge of Kathmandu, Pashupatinath – with its temple and riverside cremation ghats – is the country’s holiest Hindu site and worth a respectful visit. For a taste of Tibet, carry on to the 100m-diameter Buddhist stupa at Boudhanath, home to a fascinating community of Tibetan exiles and maroonrobed monks. To gain a deeper insight into Tibetan Buddhism sign up for one of the popular week-long courses or silent retreats at the nearby Kopan Monastery. 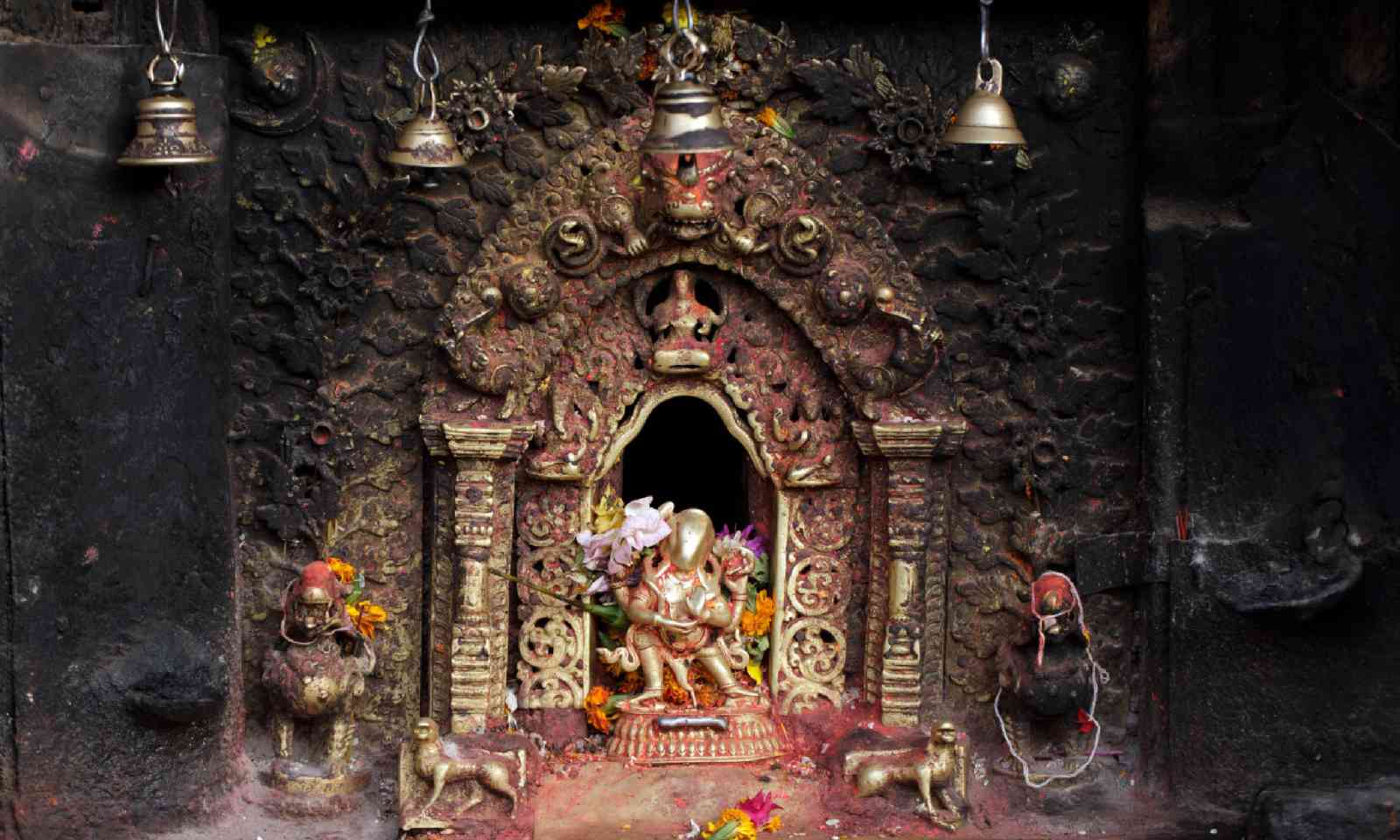 Moving out of the valley, laid-back Pokhara is worth a couple of days, if only for its views of fish-tailed Machhapuchhare peak reflected in the languid waters of Phewa Lake. A great place to break the trip from Kathmandu is at Bandipur, a charmingly restored traditional village with some lovely boutique inns.

Finish off your spiritual tour with a visit to Lumbini, down on the sultry Terai plain near the Indian border, to ponder the nature of existence at Buddha’s birthplace.

3 weeks
Best for: Himalaya hiking, mountain views, Sherpa culture
Route: Lukla • Namche Bazaar • Everest Base Camp
Why do it? Because it’s there

Nepal’s unique brand of teahouse trekking means you can hike from lodge to lodge through magnifi cent scenery for weeks at a time carrying little more than a daypack. For many people the Everest region is their ultimate goal. Kick things off with the exhilarating flight to Lukla, from where it’s a two-day walk to the Sherpa capital of Namche Bazaar. 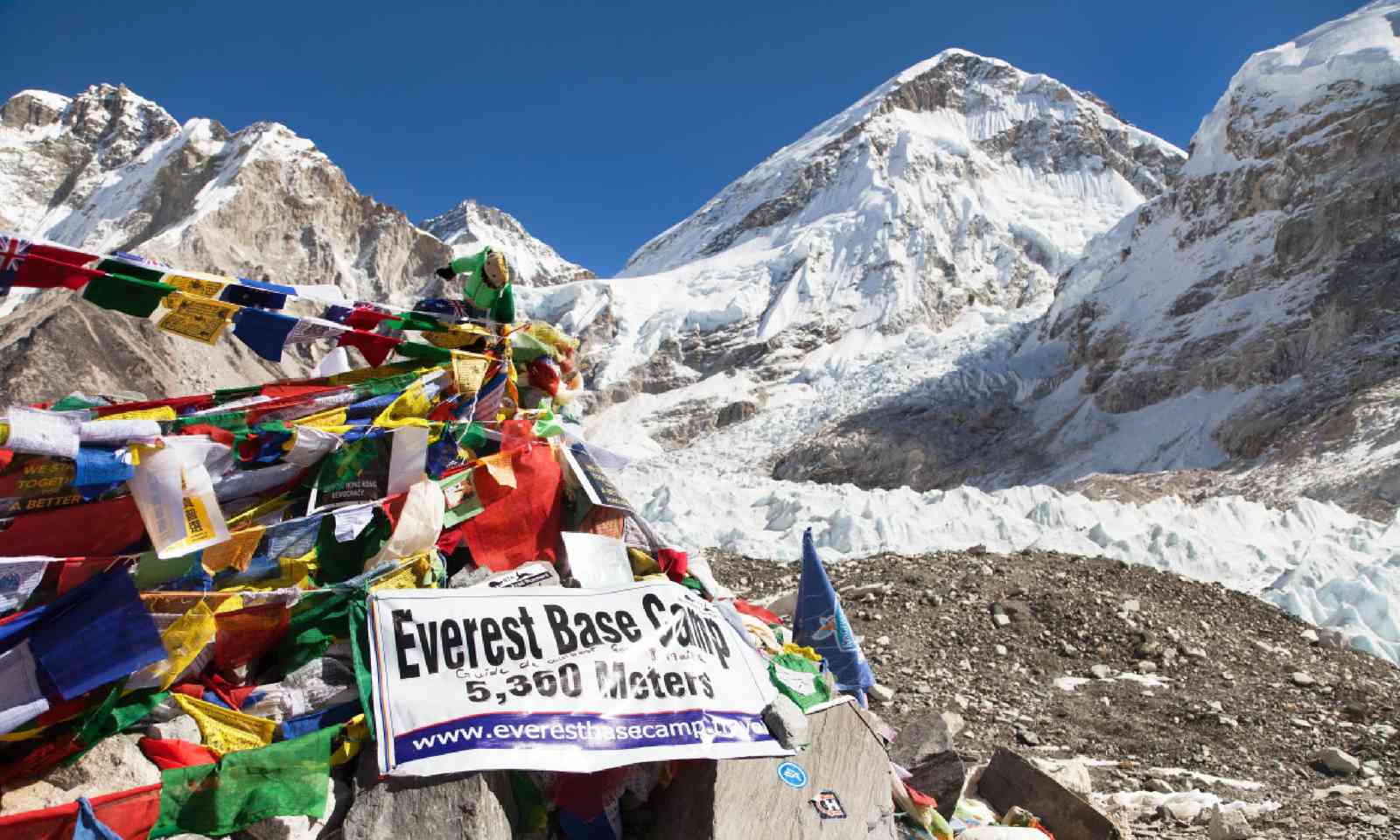 To help with acclimatisation make the day hike to the Sherpa village of Khunde for its excellent views, before stopping off at the Everest Bakery in Khumjung for warm apple pie. Budget 14 days for a return trip to Base Camp, but consider adding on a week to detour to the glaciers of the Gokyo Valley.

With the Langtang and Manaslu regions currently on hold after suffering significant damage during the 2015 earthquake, the other main option for a teahouse trek is the Annapurna region. Roads have been nibbling at the ends of the 21-day Annapurna Circuit for years now but the eight-day section to Manang and Jomsom still ranks as one of the world’s great walks, offering charming Tibetan-style villages and amazing mountain views. 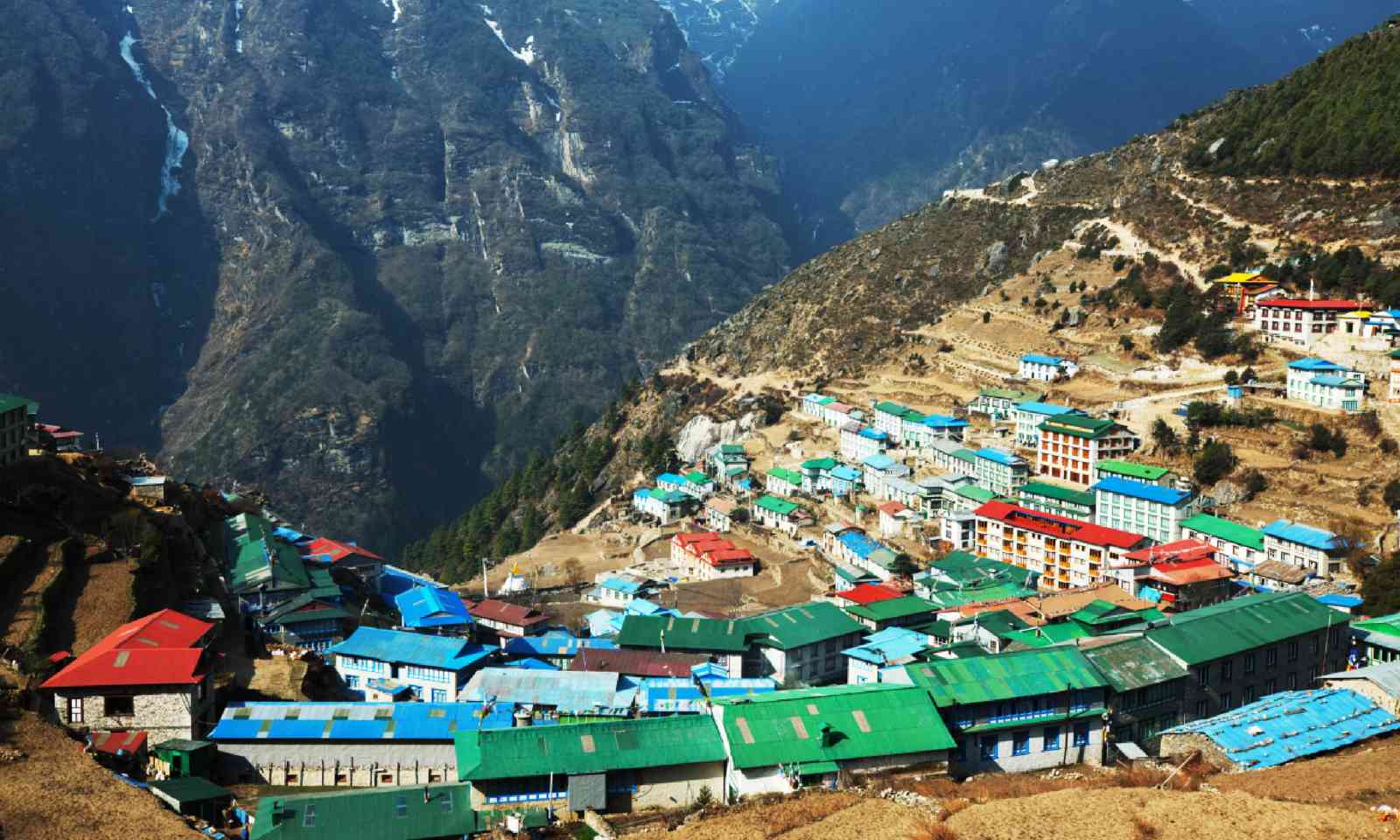 For a shorter trek consider the ten-day Annapurna Sanctuary, a walk into an amphitheatre of 8,000m peaks, or hike in the foothills to the villages of Ghandruk and Ghorepani for a fine five-day loop.

The best and busiest months for trekking are October and November, with April to May a close second. Pack a down jacket and consider the last week of November into early December for clear weather and fewer crowds.

3 weeks
Best for: Tourist-free treks, wilder wildlife encounters
Route: Kangchenjunga • Bardia • Khaptad • Dolpo • Mera Peak • Makalu Base Camp
Why do it? You’ll feel like a pioneer by hiking, rafting and exploring in these largely undiscovered destinations

Nepal can be a popular place in the high-season months of October and November but it’s surprisingly easy to shake the crowds, especially if you head to the far east or west of the country. 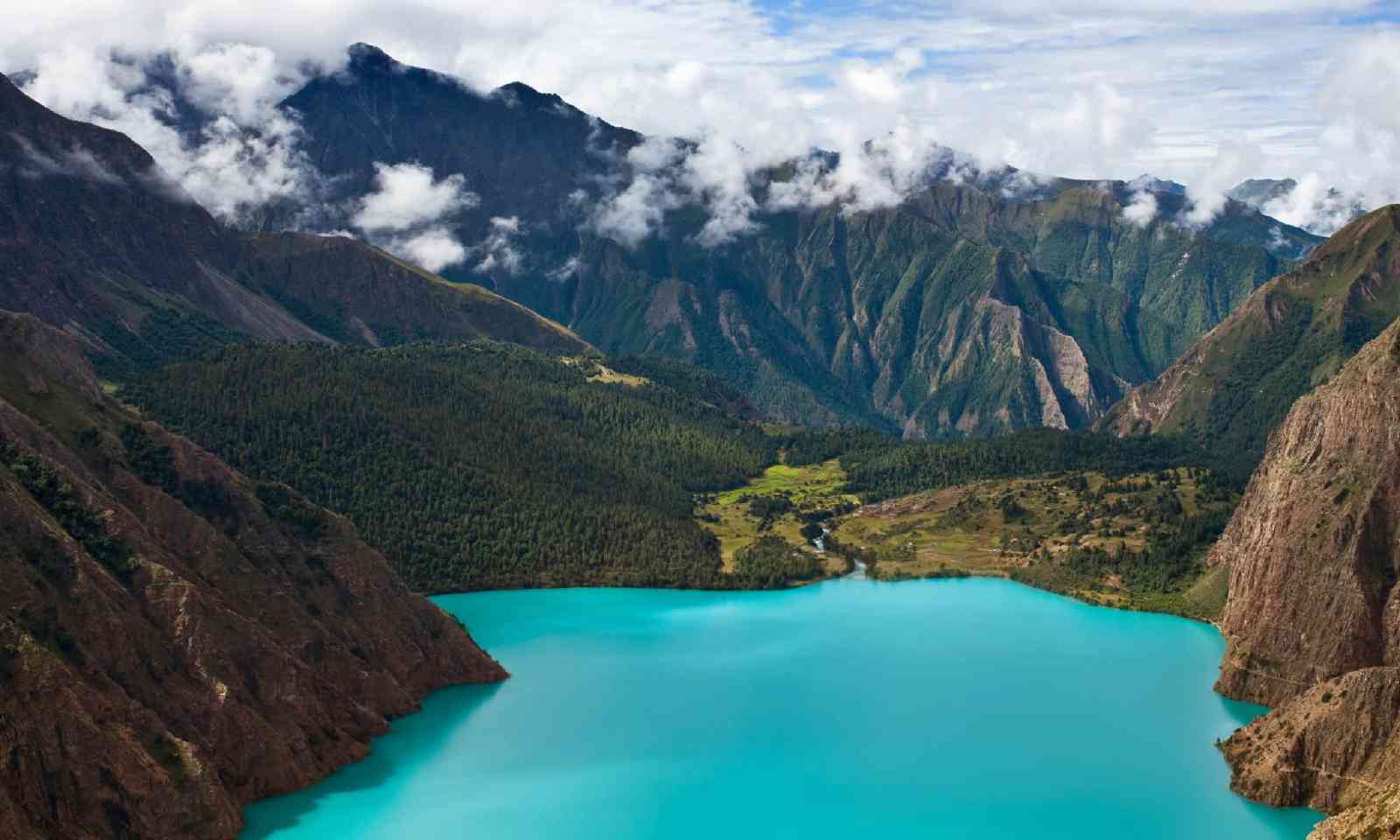 For trekking consider the Kangchenjunga region in the far east, which offers simple teahouses, welcoming small villages, an amazing range of scenery and magnificent views of the word’s third-highest peak, 8,586m Kangchenjunga. Unlike in the Everest region you won’t find any trailside cappuccinos here, but you probably won’t meet any other trekkers either.

Alternatively head west, visiting Royal Bardia National Park for a couple of days before continuing to Dhangadhi to test out a series of new tourism development projects (see farwestnepal.org). Options here include rafting on the Karnali River (which has Grade V rapids), visits to tribal villages and various trek possibilities. Try the short hike to the meadows and forests of Khaptad National Park, with an exploratory option to continue to remote Rara National Park. 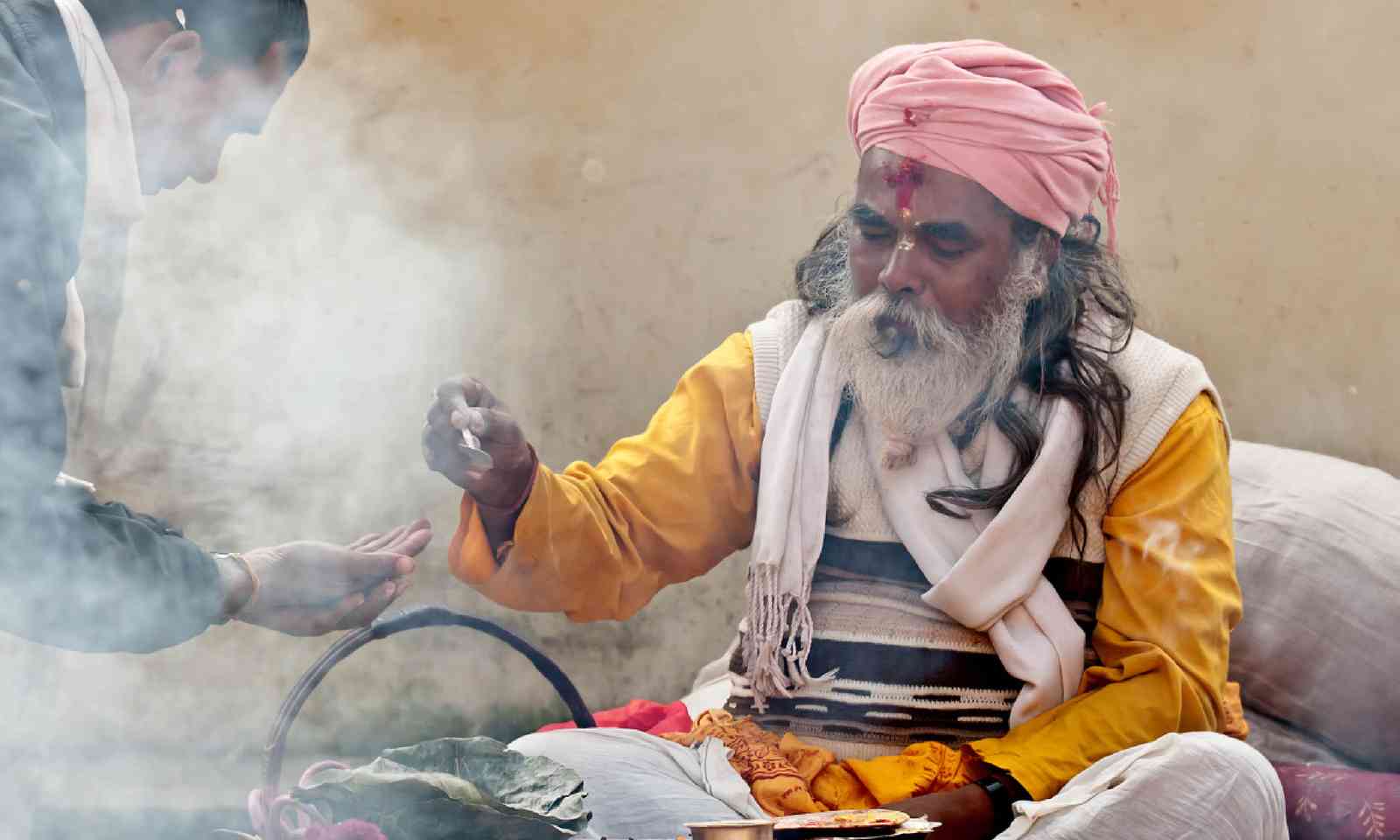 There is also some amazing wildlife watching in undeveloped Suklaphanta Wildlife Reserve: look out for Bengal tiger, one-horned rhino, elephant, leopard and sloth bear. Nearby Nepalganj is the air hub for flights into the mountainous north-west, which offers more astounding trekking. The Dolpo region is a particular highlight, offering traditional Tibetan culture, high-altitude scenery and Nepal’s most scenic lake at Phoksumdo.

Other emerging teahouse treks include the ten-day walk in the Khumbu region from Lukla to Mera Peak (which offers a challenging ascent for beginner climbers) and the ten-day trek to Makalu Base Camp in mid-eastern Nepal. Lodges here are basic and you are literally off the beaten track so it’s wise to travel with a local guide or established agency on all these treks.

3 weeks
Best for: Climbing, rafting, parahawking
Route: Kathmandu • Tibetan Border • Everest region • Pokhara
Why do it? Biking, rafting and climbing are some of the very best ways to experience Nepal’s incredible scenery

For Nepal’s widest selection of pulse-raising adventures, head a few hours from Kathmandu towards the Tibetan border. When you hear the screams echoing through the gorge, you know you’re in the right place: at Asia’s longest bungy jump (reopened in October 2015 after some post-earthquake renovations). 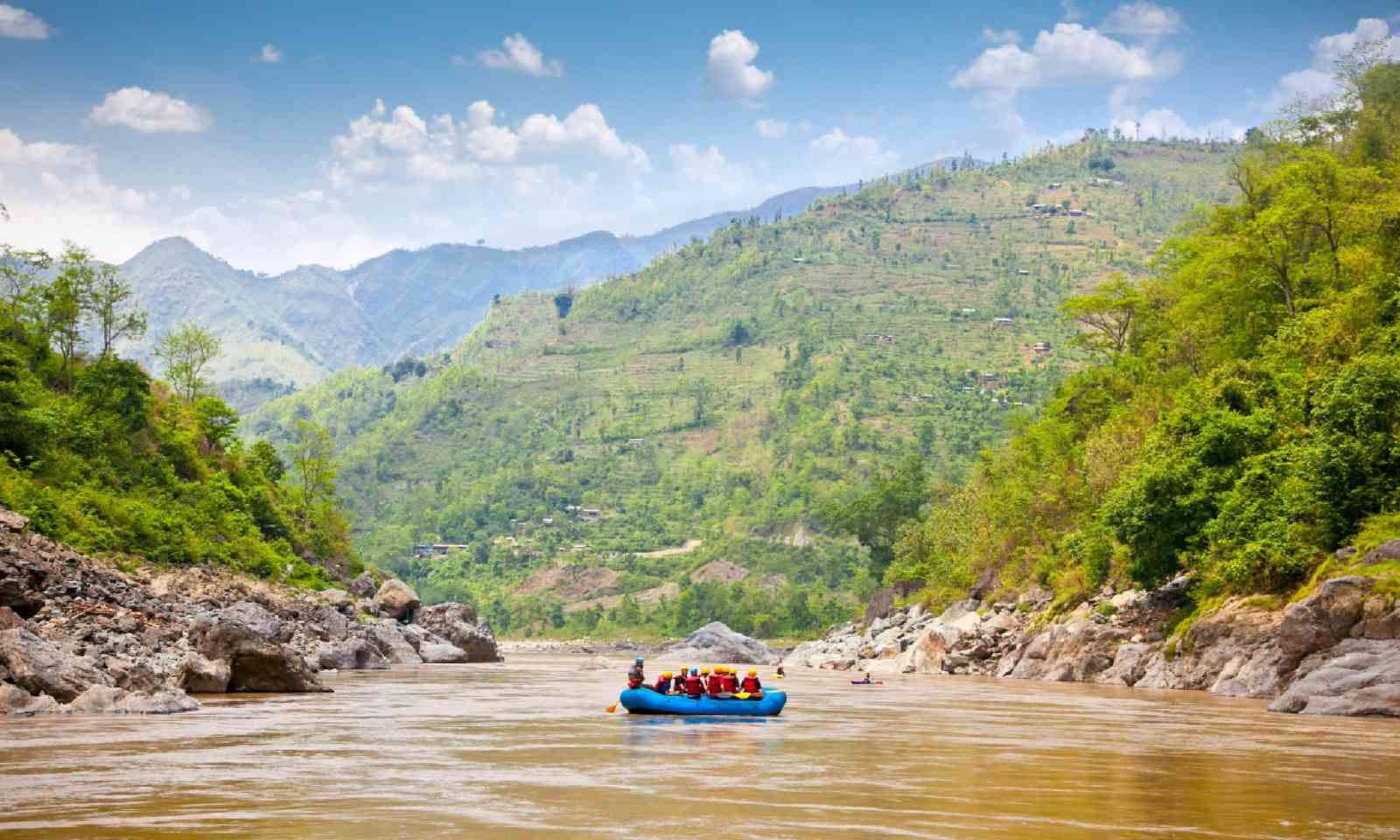 Rafting on the Bhote Kosi (Shutterstock)

The side valleys here are great for canyoning, which involves rappelling, jumping and swimming down a series of waterfalls and pools. Finish off the adventure trifecta with a half-day whitewater rafting trip down the Bhote Kosi. Best of all, in the evenings you can kick back with a beer in one of the comfortable riverside tented camps such as The Last Resort or Borderlands. Both have offices in Kathmandu where you can create your own multi-day adventure package.

Nepal’s other big adventure draw is its mountains. Rock climbing courses are available on the outskirts of Kathmandu, but if you want to take that tricky first step from trekking to climbing your best bet is an organised ascent of a trekking peak, such as Island Peak in the Everest Region. After a few days’ training and acclimatisation you don your crampons for the full-day ascent. An eight-day trip will cost from £500. 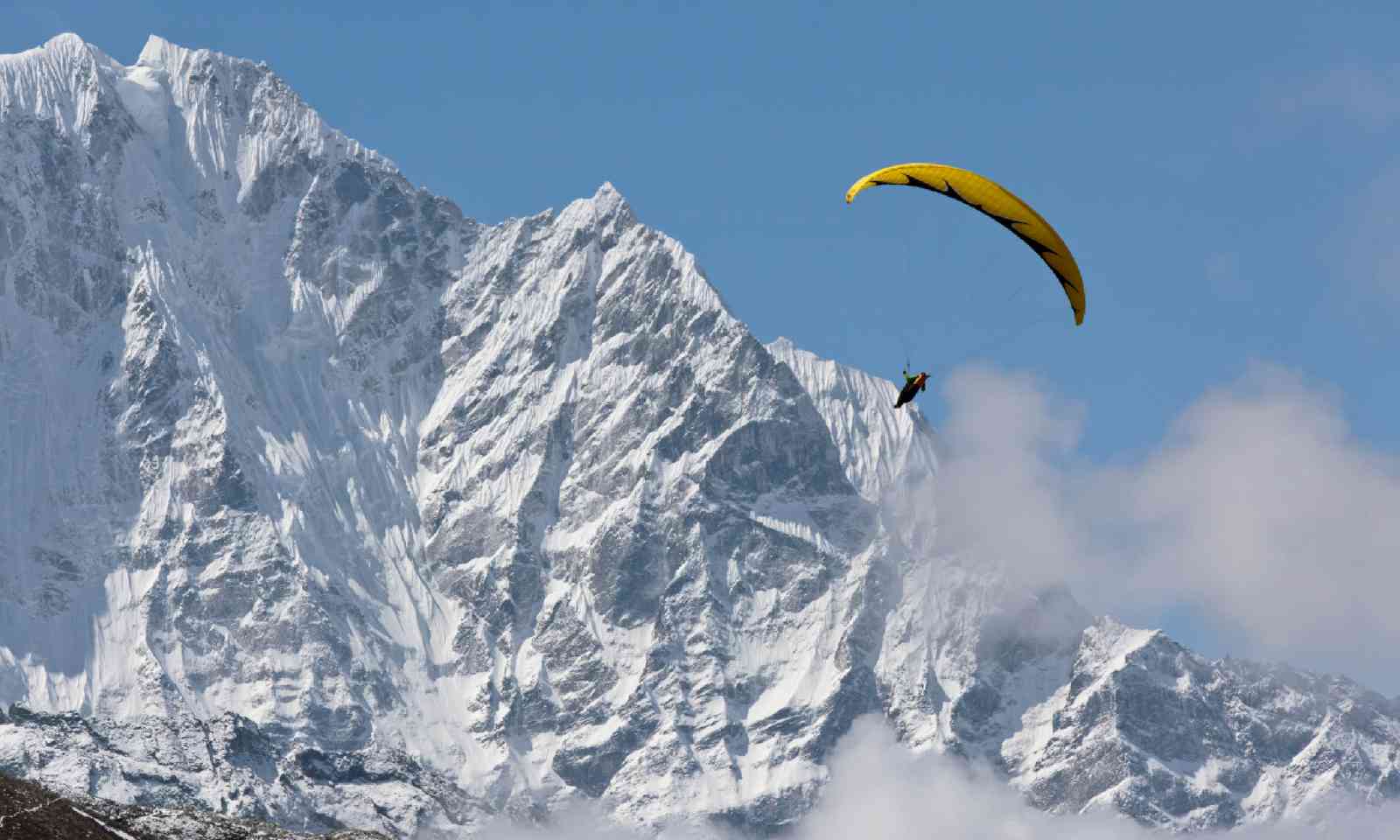 In Pokhara you can try paragliding or parahawking (paragliding in the company of trained hawks) for incredible Himalayan views. Then there are mountain-biking trips around the Kathmandu Valley, multi-day rafting adventures down the Sun Kosi river in the far west... the sky is the limit.