How to make fabulous falafel

Want to make a 'Middle Eastern hotdog'? Your homemade falafel won't be a flop with this recipe

When you think of fast food, a guilty Big Mac might spring to mind. But in the Middle East, they think rather differently. In the bustling bazaars of Amman, Beirut and Tel Aviv, where the air swirls with the smells of spices and freshly-baked simit bread, your deep-fried treat is likely to be a bit more veggie friendly: here, they’re mad for falafel.

Hugely popular, the origin of these pulse-based fritters has been the source of much debate and national pride – several countries across the region claim to have invented the dish. There are regional variations too: chickpeas are favoured as the base ingredient in the likes of Lebanon, Syria and Jordan, but in Egypt, fava beans are preferred (locals claim this is the original and the best recipe).

Every nation has its own take, but all can agree on one thing: falafels are a staple you just can’t do without. Their versatility is a real plus, says Michael Rantissi, co-author of Falafel for Breakfast and owner of Kepos Street Kitchen in Sydney.

As his book suggests, falafels can be enjoyed any time, and with a range of accompaniments. Their appeal has spread far and wide, too, Michael adds: “The book reflects my mum’s incredulity that bacon-and-egg loving Aussies were coming to Kepos in the morning and ordering falafel.”

The fritters are the original veggie burger and, when packed in a pita bread, have been dubbed the ‘Middle Eastern hotdog’ – a perfect swap, then, for that bad Big Mac... 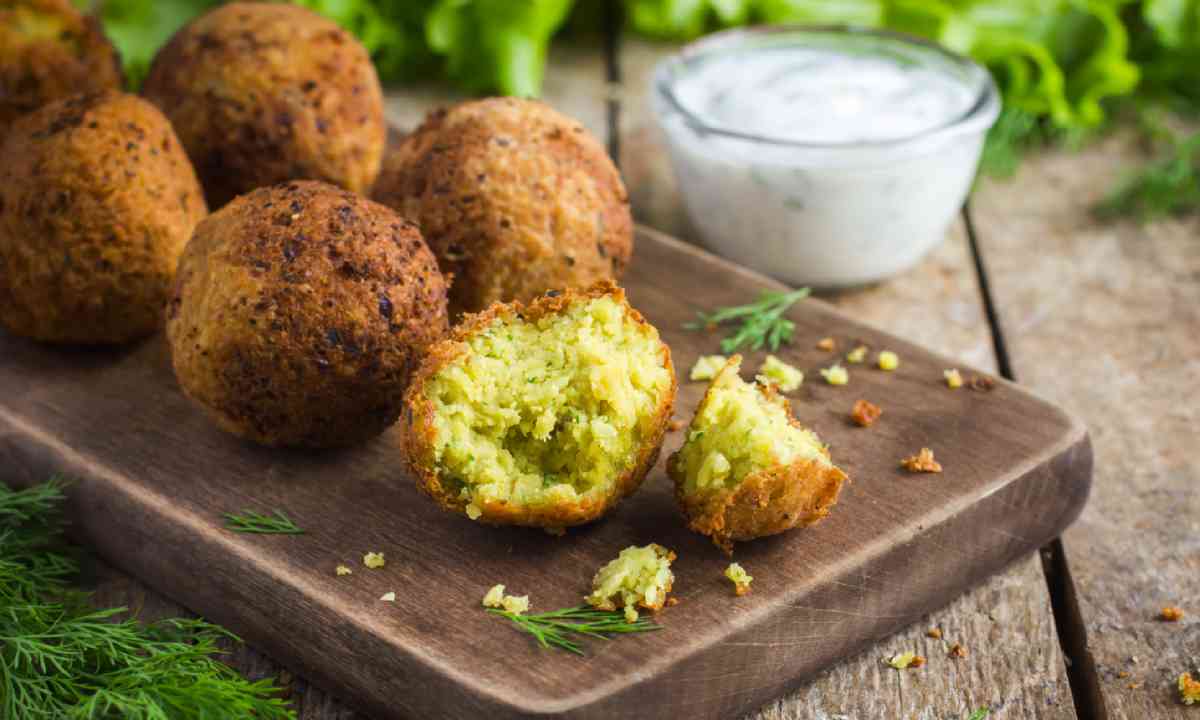 1. Soak chickpeas and broad beans overnight in cold water in a large bowl, changing the water at least twice.

2. Drain chickpeas and broad beans. Whizz them in a food processor with coriander, parsley, onion, chilli and garlic until grainy (not a smooth purée).

3. Transfer mixture to a bowl and add baking powder, cumin and sesame seeds. Mix together and, using a falafel spoon or two tablespoons, quenelle the mixture or roll it by hand into 20 patties.

4. Pour enough rice bran oil for deep-frying into a large deep saucepan and heat to 170°C (325°F). To test if the oil is hot enough, drop in a cube of bread – if it turns golden brown in 20 seconds you are good to start cooking. (If the oil is not hot enough, the falafel will break up.)

5. Working in batches, drop the falafel into the oil and deep-fry for 3 minutes, or until golden. Remove the falafel with a slotted spoon and drain on paper towel. Serve with green tahini or hummus.

This recipe was taken from Falafel for Breakfast (Murdoch Books, £20) by Michael Rantissi and Kristy Frawley