How to kickstart a family adventure

After the birth of his first child, Mauro Cagol and his wife, Edwina, set up a direct debit for a travel fund. Now they are travelling the world with their family

The worst thing about travelling is the bureaucracy, paperwork, bribes and generally being ripped off, the longer you travel the more you harden to these situations.

It should have come as no surprise then when we were missing some photocopies for our Indian visas and standing in a popup shop across the road from the consulate paying £20 for 8 printouts of A4. Except I hadn't left the UK yet and was in a run-down building in Manchester. Ordeal over and the first of many visa is out of the way.

From a young age I have always wanted to drive from the UK to South Africa. I’m not sure where the desire came from but I remember my excitement when I figured out that as a normal person I could achieve this.

After university I decided to fulfil my dream as best I could – with the budget I had – and joined an overland truck company from Istanbul travelling down to Cape Town. Sadly, I had to head home at Kenya but not before I’d found the love of my life and best friend, my wife Edwina.

It was on that journey, almost 20 years ago, that this year-long family adventure had its humble beginnings as an idea.  As the overland truck bounced its way from Turkey to Kenya, we kept bumping into a family travelling down to Cape Town in a Land Rover with two young children. Listening to how the kids were developing along the road inspired us and, although at this point had no idea whether we would still be together beyond this trip, we agreed that this would be a cool thing to do if we had children of our own. 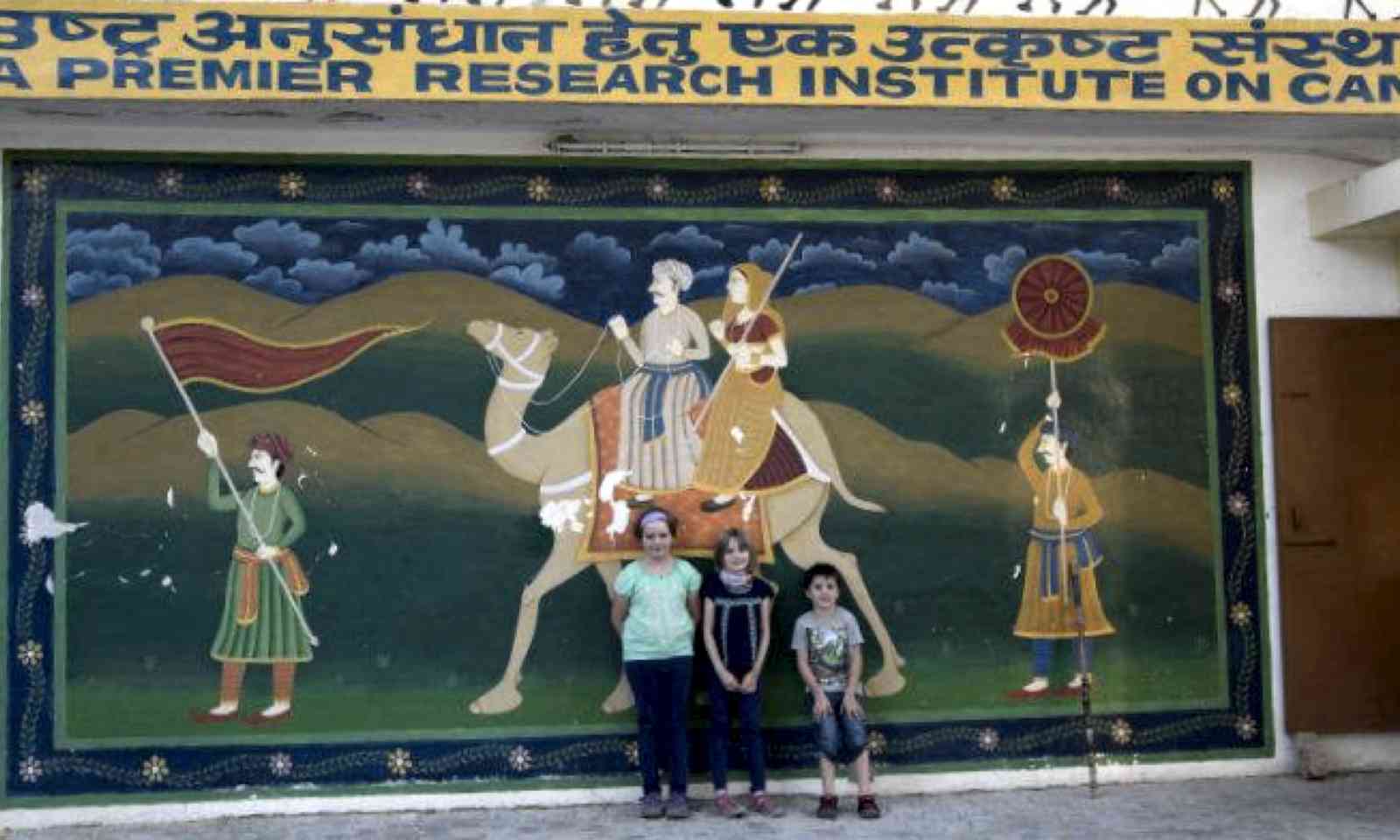 10 years later, Edwina and I had our first child, Maddalena. We set up a direct debit to put towards a travelling fund that would allow us to take a year out and travel with our children. As the fund grew, so did our family. Maddalena was joined by a sister and brother, Arabella and Luca.

The initial plan was to buy a Land cruiser and 4x4 trailer and drive from the UK to Cape Town, just like the family we had met all those years ago. But a number of war zones cropped up in our path and Edwina wanted to show the kids where she grew up and spend a summer in New Zealand. The result is a more flexible itinerary that takes in parts of India and South East Asia as well.

The purpose of the trip has changed slightly too. The original idea was to give the kids an adventure that would shape and educate them. But when my job saw me working away from home mid-week, the trip became more about being a part of my childrens' life, spending quality times and creating memories that will last the rest of all our lives.

I’m sure you’ll agree that’s worth the cost of a handful of overpriced photocopies!