How to find secret compartments on the Trans-Siberian Express

With a nod and a wink, Matthew Woodward reveals hidden corners of Russian carriages and how to use them to your advantage

Despite being only a day east of Moscow, the temperature has started to fall. At our first stop in the morning in Kirov the temperature is -9C. The fresh snow covers black ice, and I manage to fall over and make a fool of myself in front of some very tough-looking soldiers. They would look even tougher if they put their boots on though – it’s obviously not very cold to them: they are wearing a strange outfit of combats together with slippers in the snow.

I'm settling into a train routine already. First thing each morning I have an admin session, procure food and water from the platform at the first stop, and then head to the restaurant for breakfast. (I don't tend to eat lunch, as the days are short.)

I then spend the morning writing and the afternoon reading, but hoping off each time the train stops. 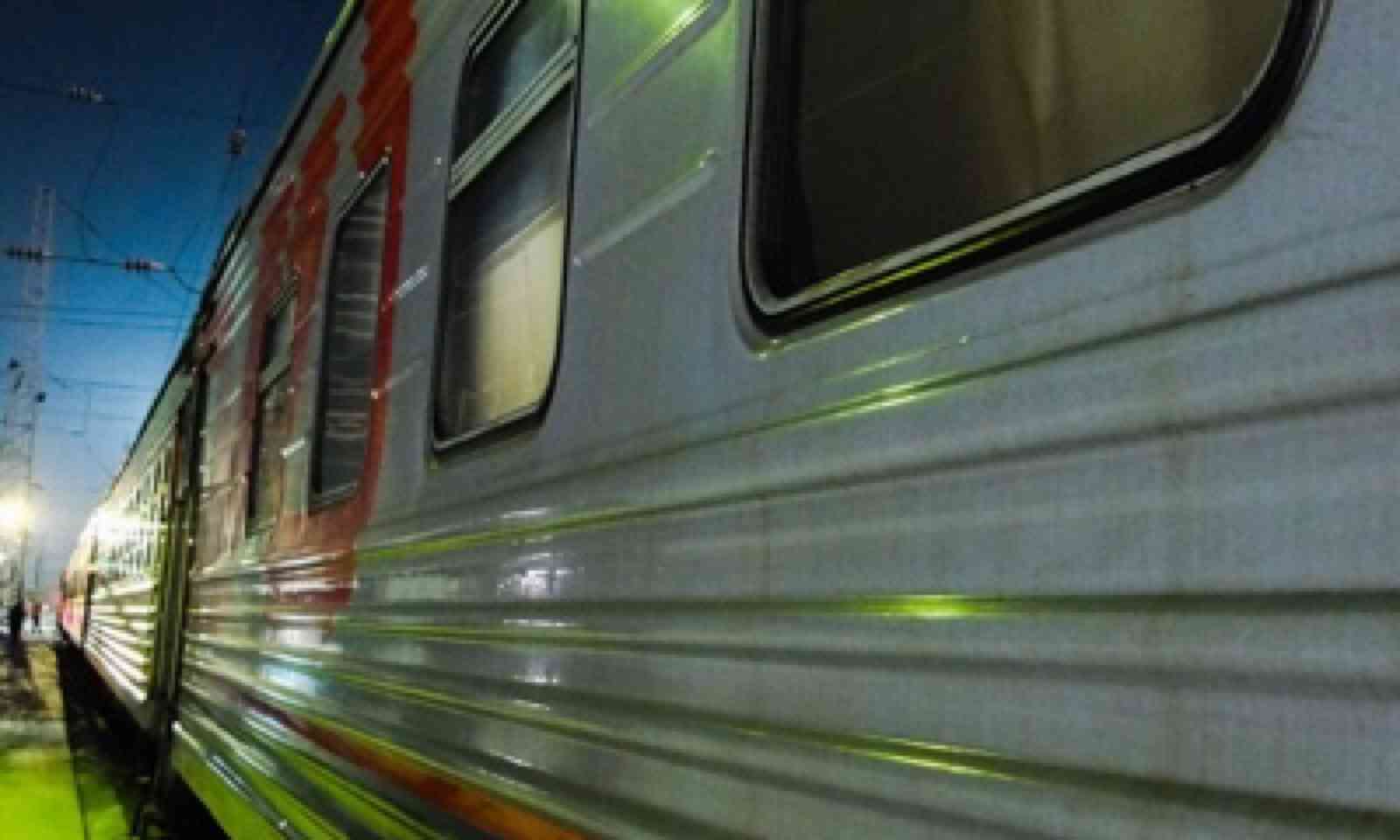 I'm not sure what Sergei, the providnitsas, makes of me, but I think he realises that I might have played this game before. Like some sort of higher order Masonic secret, I indicate quietly that I know about the secret cupboard in the outer compartment. This is the place where I like to chill wine and store cheese. We didn't do a funny handshake, but he gets out his special key and opens it up for me.

Of course, I actually have this key myself, but I don’t feel it is quite right to reveal this to him. It's the same key that opens my window and allows me to reduce the temperature in my compartment from roasting hot to about 20 degrees – or well below freezing if I get it wrong. I do this under the cover of darkness and close it again at major stops. Ice quickly forms where moisture from my breath hits the freezing outside world and this needs to be carefully removed before the window can be re-sealed properly. I have a special tool for this purpose – it's an unmodified RZD coat hanger.

This trip I have brought along a simple digital clock and it remains in my cabin set on Moscow time. This works well, as no conversion calculations are needed – I can see in an instant the time that relates to the timetable and where we going to stop. My watch can then be set to what is roughly the local time. I am advancing it one hour each day, which will get my brain ready for Beijing time later in the week.

It's dark by 15.30 Moscow time, and shortly after 16.00 we arrive at Balezino. It’s a 25-minute stop, so I have time to wander up to the front and watch them switch the locomotive over, something that normally happens twice each day. 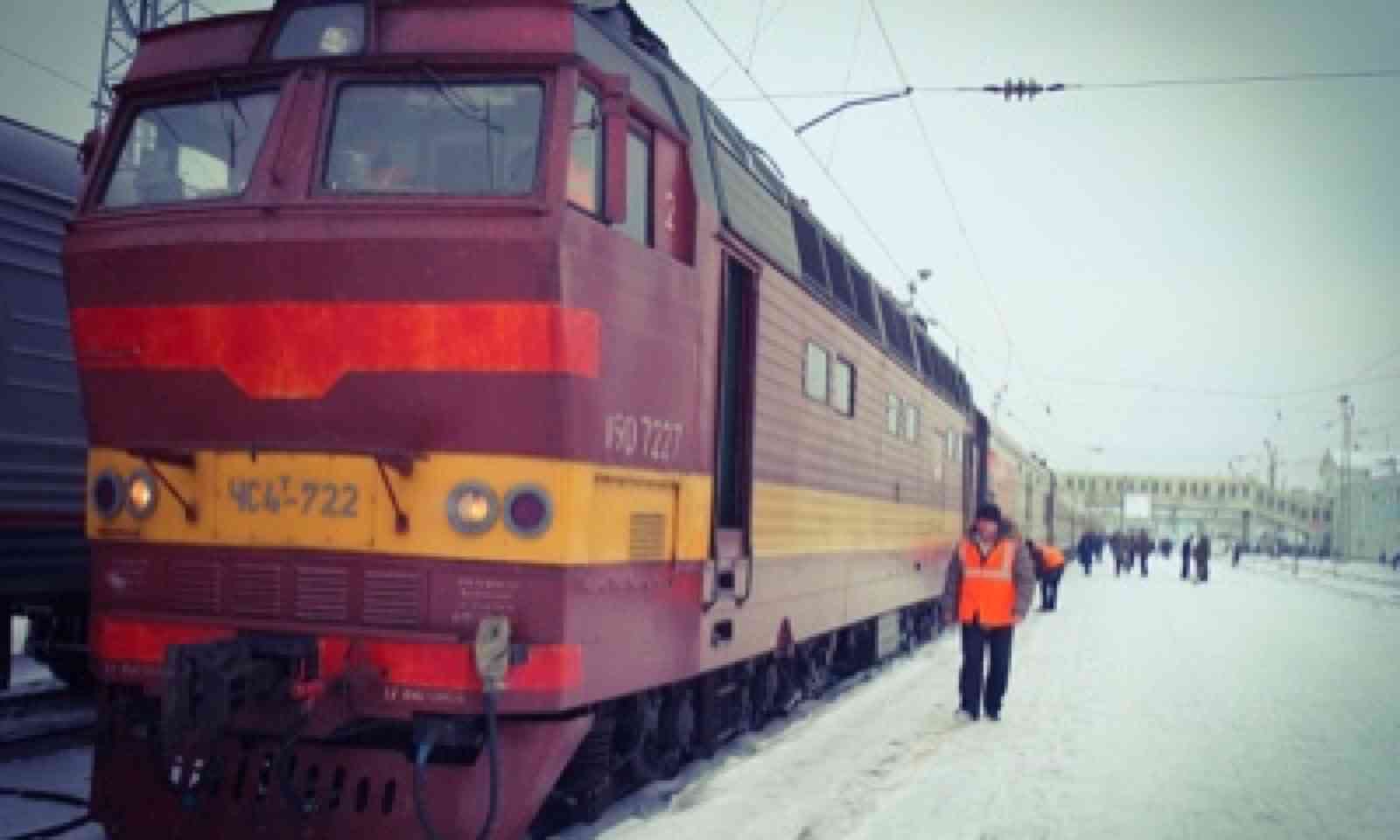 I think the driver might think I'm a trainspotter, as my visits to take a photograph of his locomotive have not gone unnoticed. He winds down the window and starts shouting down to me in what sounds like friendly Russian. Of course, I don’t know what he is saying but I tell him my name and where I am from and we do some waving.

I wonder for a moment if he is inviting me on board, but this has all sorts of complications, as he is uncoupled and about to take his engine away for the day. I'm aiming for Beijing and for all I know he's going to go to the engine sheds of Kirov for the night. I opt to stay on the platform with a small gang of stray dogs until we are due to get going with the new locomotive.

Back in my compartment, after the last stop of the day in Perm, I notice that I have accidentally accumulated a few pints of fine snow through the tiny opening I have created in my window. As if this wasn't bad enough, the brakes have frozen and I manage to cover myself from head to foot in a glass of Merlot when the driver tries to slow the train down. I spend some time mopping up wine, snow, and red snow from most surfaces of the cabin before turning in for the night.

Leaving Moscow on the Midnight Express