How to find an ethical wildlife sanctuary

Ever wanted to volunteer with elephants or orangutans? With the right conservation project you can make a real difference - just know what to look out for...

Wildlife sanctuaries are meant to be safe refuges for animals at risk in their own habitats. The very word ‘sanctuary’ implies a safe place. But this isn’t always the case.

Some hold animals in poor conditions or exploit them for profit. So, how can you find ethical refuges? And if you visit an unethical one, what should you do? Read on…

Know before you go 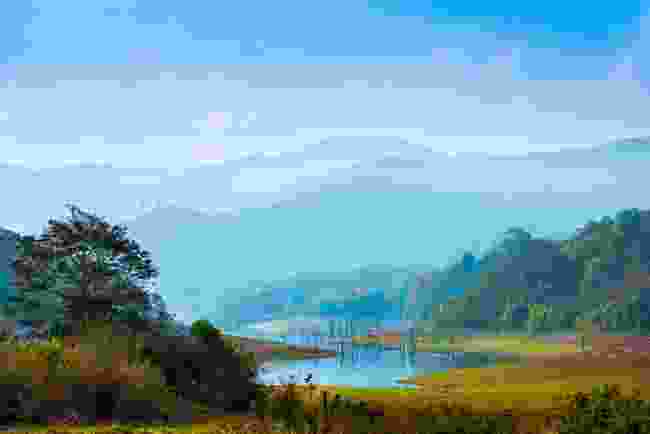 Doing your research before you go can help you find out whether the wildlife sanctuaries you’re planning on visiting are legitimate, says Ben Hoare of BBC Wildlife magazine.

“As a rule of thumb, check if a sanctuary is linked with a reputable international or national conservation organisation,” Ben advises. “Or, if it is ‘going it alone’, that can be a sign that it does not meet ethical standards.”

Cast an eagle eye over their website – if it’s published its conservation aims and animal welfare standards, that’s one indicator of a reputable refuge. Good sanctuaries will also likely have limited public visitation times, to minimise the impact on their residents.

“Get in touch with the sanctuary in advance,” adds Yvonne Taylor of People for the Ethical Treatment of Animals (PETA). “Asking them a few simple questions like ‘How are animals housed?’, ‘Do you have a visitation policy?’ and ‘Do you breed animals?’ can help you to determine whether a facility is helping or exploiting animals.”

Another easy way to check if the reserve is legitimate is to see if they’re regularly used by reputable tour operators on their trips. 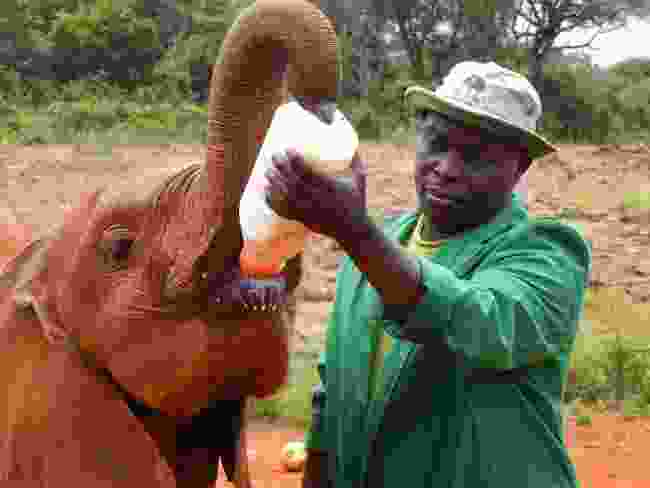 Sanctuaries that come with the right certification are a surer bet to meet ethical guidelines. “Check to see whether a sanctuary is a member of the Global Federation of Animal Sanctuaries (GFAS),” explains Yvonne. Being recognised by GFAS means sanctuaries have observed a strict code of ethics and meet its animal welfare standards, where animals are granted spacious and peaceful areas to roam with their own species.

If the sanctuary is accredited but not by GFAS or a similar organisation, then double-check its credibility. “Many countries have weak regulations, and enforcement may be poor,” adds Ben. “Sadly, some sanctuaries are essentially rebranded zoos (known as pseudo-sanctuaries) with poor animal welfare.”

“Avoid anywhere that promotes photo opportunities with the wildlife. Your selfies might raise a smile on Instagram, but it can cause stress and other serious behavioural problems.” 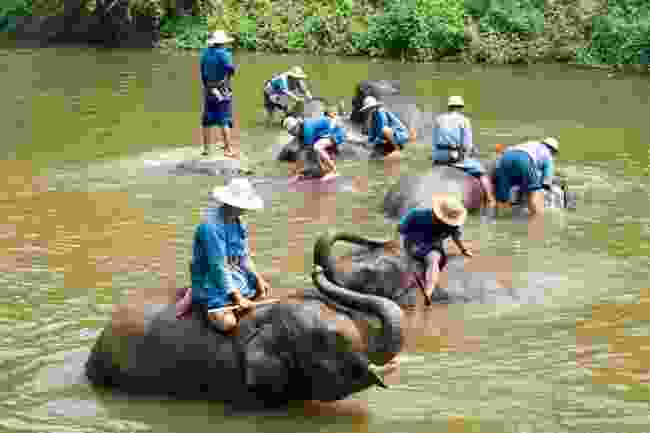 An elephant 'sancturary' in Thailand (Shutterstock)

First and foremost, ignore anywhere that promotes ‘hands on’ time and physical contact with animals – any ethical institution would never promote that as an activity.

“Avoid anywhere that promotes photo opportunities with the wildlife,” explains Ben. “Your selfies might raise a smile on Instagram, but it can cause stress and other serious behavioural problems.”

Look at how they’re housed – that will give you an idea of the sanctuary’s real intentions. If they’re respectable, then they will do all they can to replicate an animal’s habitat. It sounds obvious, but things like concrete floors and cages are red flags. Wildlife should also be provided with physical stimulation, such as huge wooden structures for primates to climb on, and pools for bears to bathe in.

Steer clear of anywhere keeping big cats, bears, elephants or primates unless you’re certain the sanctuary is ethical. These are very intelligent creatures and need high standards of animal husbandry when kept in captivity. If you suspect malpractice, keep an eye on the animals’ behaviour; if they’re intimidated by staff or nervously pace, then these are just two signs that they’re being unfairly treated.

“Seeing babies will also ring alarm bells,” says Yvonne. “No reputable sanctuary breeds animals; they realise their limited resources will be stretched even further when they have others in need of rescue.” 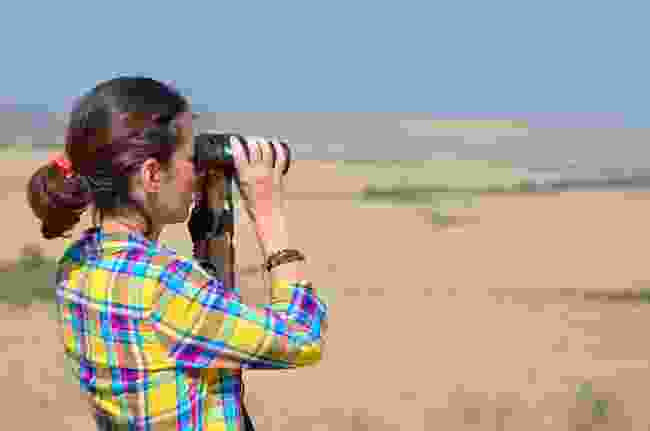 A tourist looking through binoculars on safari in the Savannah (Dreamstime)

What if your research turned up no red flags but its clear to you upon your visit that there is some form of wrongdoing occurring, how do you go about reporting it?

“Do your best to take photographic or video evidence,” suggests Ben. “But be unobtrusive and don’t put yourself or the animals in danger.” The same goes for approaching sanctuary workers. Do not be confrontational; you may find they’re innocent and trying to do an honest job.

When you’re ready to report the sanctuary’s behaviour, stick the World Wildlife Foundation (WWF), International Fund for Animal Welfare (IFAW) or Born Free Foundation at the top of your list, ready to tell them your concerns. Other organisations worth getting in touch with are those devoted to looking after a specific species, such as orangutans or sea turtles.

Your pity and anger might lead to a desire to post your findings on social media. But this can lead to misunderstandings, such as the spreading of unfair claims and, even worse, abuse and legal threats. It’s best avoided.

“If you’ve found yourself at a pseudosanctuary, express your concerns, ask for a refund and leave,” recommends Yvonne. “Spreading the word by cautioning friends, family and others not to visit also helps.”

However, make sure you recognise the good guys, too. “Be reassured that the best wildlife sanctuaries do great work and benefit from visitors,” adds Ben. He suggests the Elephant Orphanage Project, near Lusaka in Zambia, Semenggoh Wildlife Centre in Borneo and the MandaLao Elephant Conservation in Laos as good examples.

Often, by the look and feel of a place, you can sense whether it’s right for the rescued wildlife you’ve come to see. But if you have any doubts prior to visiting, chalk it off your itinerary and steer well clear. Avoid unethical institutions if you can and you’ll be doing your bit to protect the rescued wildlife of tomorrow, ensuring your own experience doesn’t get ruined in the process.

Top tip: Doing research online and checking the background and credentials of a sanctuary is the best way to avoid giving your money to an unethical institution. 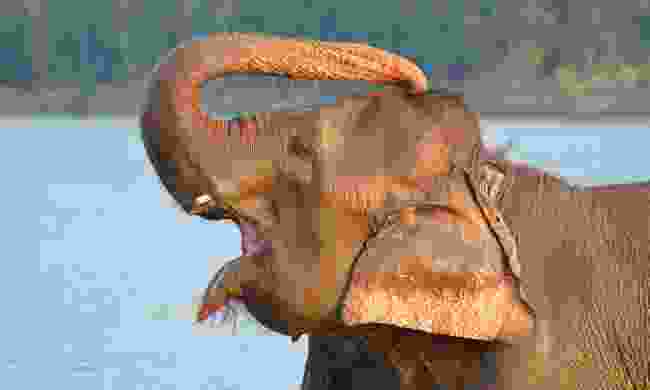 An elephant soaks in a river (Phoebe Smith)

I went to an elephant camp in 2008. It was my first time in Thailand and I was on a two-day trek and the camp was geared towards elephant riding through the forest.

When we arrived, there was an elephant in a pen near the entrance. I went closer to see it, then I saw it was chained at the ankles to a concrete post and was gently swaying. I felt conflicted because part of me was excited to see it up close, but I had a nagging feeling it wasn’t happy.

I didn’t report them. I didn’t know that I could. But I felt uncomfortable, so I read up on elephant-riding and the ethics around it. Initially, I was caught up in the excitement of trying something new, but the reality made me regret it. 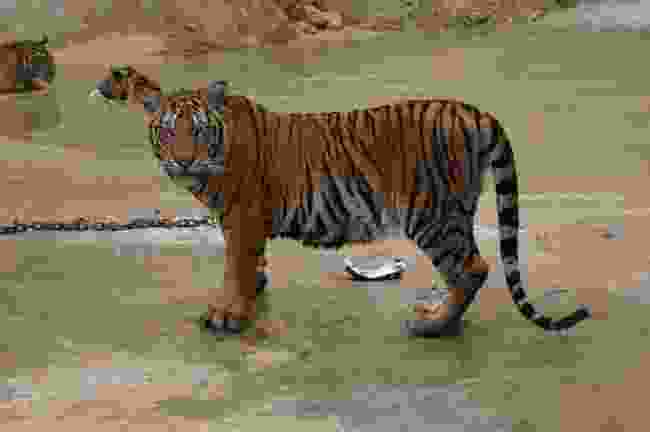 A tiger attraction in Thailand (Dreamstime)

I wish I’d done some online research before I went to an animal attraction. I was already against the idea of the Tiger Temple in Thailand – it was clear the tigers were drugged – but, for some reason, I considered elephant riding to be normal, as humans had been using them for work for centuries.

With a small amount of reading on the internet, I’d have known how cruel the practice of taming an elephant is, how badly they are treated and just how painful and dangerous it is for humans to ride them.

After that experience, I have tried my best to research any facility that houses animals before visiting. I check reviews on travel sites and what bloggers might have shared about it.

For instance, I still love elephants, but on my latest visits to Chiang Mai I have chosen to see them at Elephant Nature Park, a sanctuary that rescues abused and sick elephants (and other animals), so they can live out their lives in peace. They don’t allow any elephant riding and they are active advocates against elephant cruelty.