How to dodge tick-borne diseases

Feeding for days, surviving for years… as we approach peak tick season, Dr Jane Wilson-Howarth answers the key queries concerning these biters, so you can avoid them

Ticks are tiny arthropods (related to spiders, mites and scorpions) that dine on the blood of animals – including humans. Six-legged tick larvae look like soot specks. Eight-legged tick nymphs are slightly larger – more poppy-seed size – while adult ticks resemble small spiders. In Lyme country the poppyseed size nymph is most likely to bite.


Where are they found?

Ticks are found in much of the globe – from Scotland to the remotest corners of Siberia. They like temperate, sub-tropical and tropical forests and scrublands, especially if there are plenty of cattle or wild grazers around.

Ticks will happily feed on any mammal. Their strategy for finding something to feed on is to skulk by paths used by animals or people. They’re most likely to be picked up on forest trails, when you’ve pushed through scrubby vegetation or if you camp where cattle have been corralled.


When are they found?

In the temperate parts of the northern hemisphere, ticks hunt mostly in summer and autumn, from April to November, so walkers and campers are most at risk. 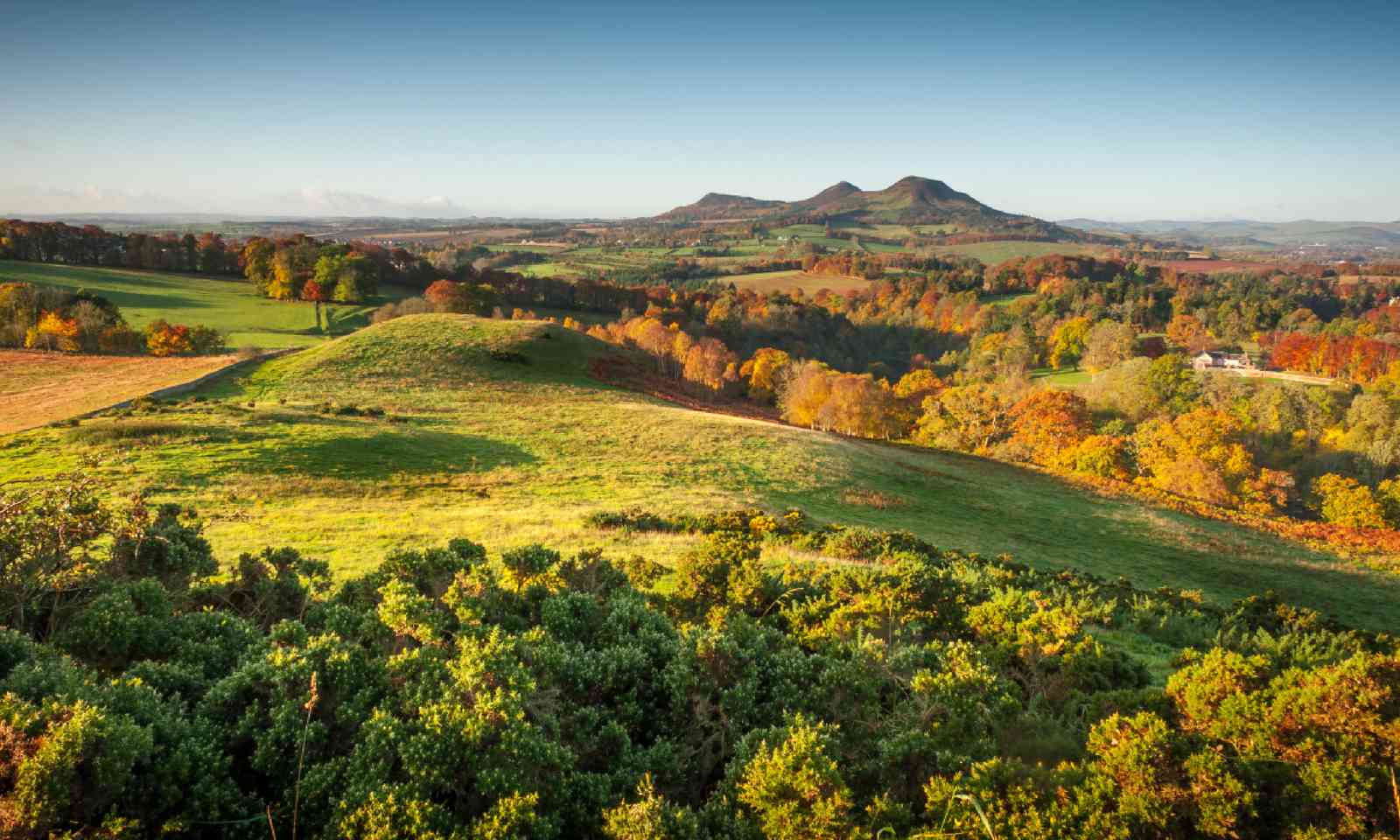 Unfed, ticks are small, and able to climb over human skin unbeknown to the victim. They usually settle down to feed where your clothes become tight – commonly, around the genitals, under the breasts or in the armpit.

Ticks have long barbed mouthparts that they cement in place; they feed for some days if allowed. As they feed, they distend to something that looks like a kidney bean.


What diseases can they carry?

Most ticks are capable of transmitting a range of nasty and even life-threatening illnesses, which differ according to where you are.

There are at least nine tick-borne diseases in the Americas. In Britain, we have two – Lyme disease and louping ill, which is really a disease of sheep and is only rarely transmitted to people. European tick-borne encephalitis was so common in Austria (and other parts of central and eastern Europe)  that immunisation is part of the normal childhood vaccination programme.

Other tick-borne infections can be caught in the Middle East and Asia, some of which are untreatable. The chance of being infected isn’t huge but the consequences can be dire.The commonest in Africa is tick-bite fever, which is generally unpleasant but benign. Many of these infections are geographically limited but local doctors will recognise them.


How dangerous are they?

The good news is that, even in regions where tick-borne disease is a problem, only a minority of bites will result in infection. In the case of Lyme disease, for example, 1-2% of tick bites result in infection. It is unusual to catch anything from a tick if it has been feeding on you for less than 12 hours and is removed cleanly.

The bad news is that, although most tick-borne infections are viral, dangerous and incurable, there is only one vaccine, and that vaccine is only effective against European/Asian TBE. 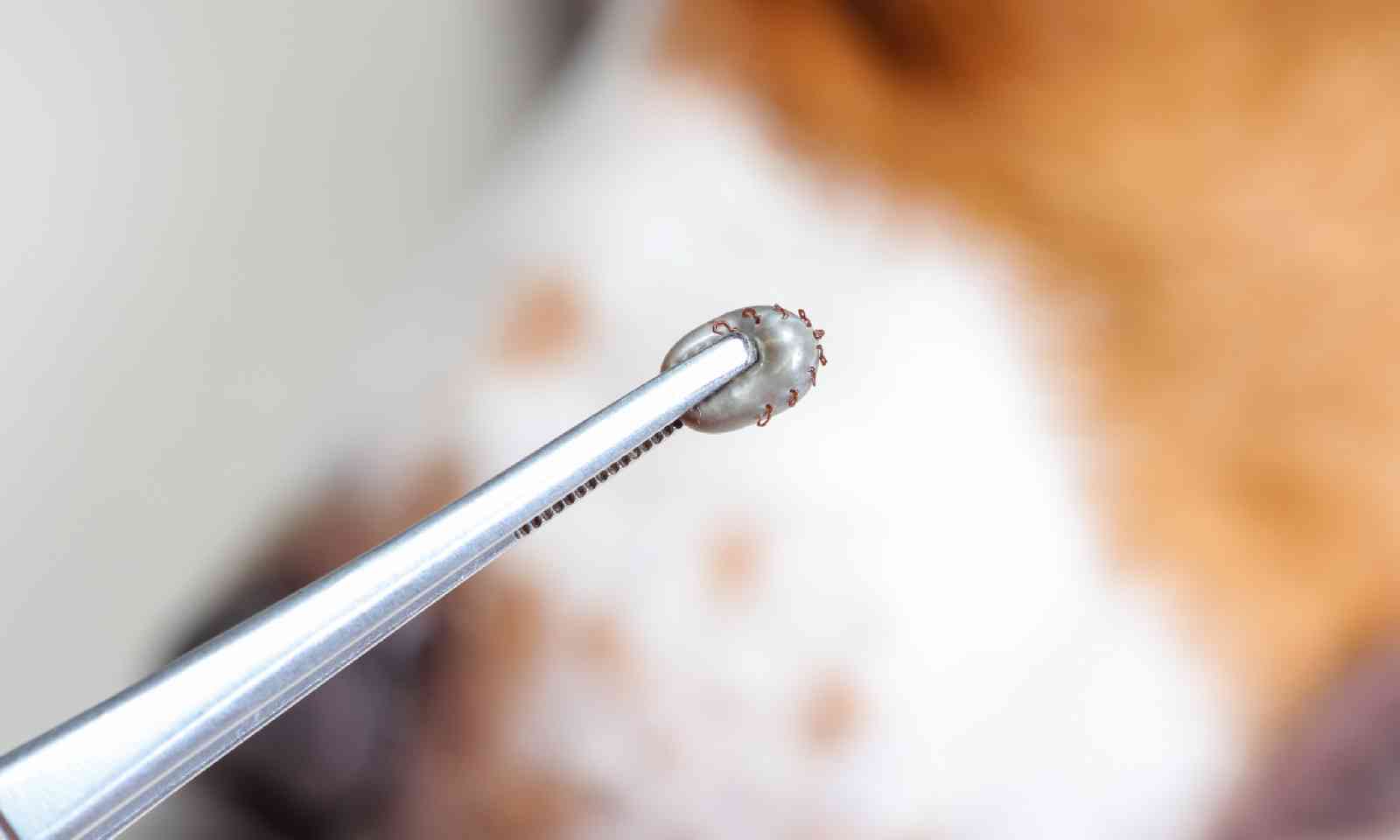 Removing a tick with tweezers (Shutterstock)


There was once a vogue for giving immune globulin after tick-bites in Europe. However, it was discovered some years ago that this practise lessened victims’ chances of recovery.

Since some tick-borne diseases (eg Congo-Crimean haemorrhagic fever) disastrously upset blood-clotting, and hospitals can do little to help, the precautions you take are crucial. Avoidance is paramount, and any tick needs to be removed promptly and the incident reported to a doctor.

1. Arrange immunisation for tick-borne encephalitis if walking in forests of central or Eastern Europe or central Asia.

3. After walking, check for new ‘moles’ in the groin, armpits and under the breasts.

4. Remove any tick as soon as you can without squashing it. If you don’t have a special tool or there’s no handy clinic, this is possible by edging one finger under the backside of the tick and placing your finger and thumb either side of its mouthparts, getting as close to your skin as possible. Having fingernails helps. Then pinch so that the nails close around the tick mouthparts; without squeezing the tick, pull steadily away at right angles to the skin.

5. Pick or scrape off any tiny ‘seed’ ticks with a knife if you have one; otherwise try to pick them out with a fingernail.

6. Travel with a strong antiseptic (or gin, whisky or rum) to flood any tick-bite wounds after removal. 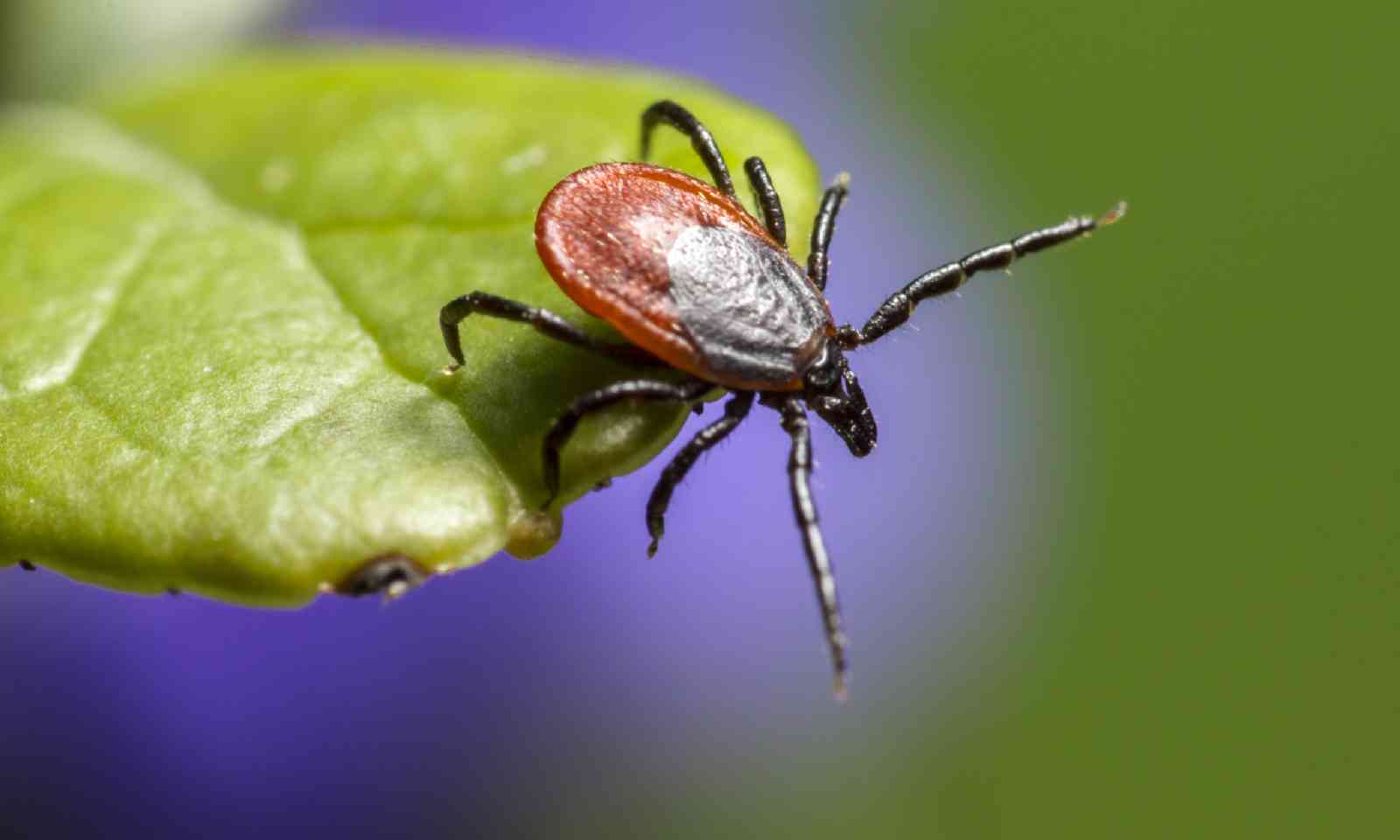 
The two most common tick-borne diseases...

What is it? A bacterial infection spread by ticks in the forests of Europe and central Asia.

How common? There are about 800 cases of Lyme diagnosed in England and Wales annually; 12% are acquired abroad – in the US or northern/central Europe; Slovenia and Austria seem to be the highest-risk destinations.

How does it start? Around seven to ten days after the bite, 80% of cases will develop a slowly enlarging red but non-itchy ring-shaped rash. Most (80%) get fever, headache and muscle aches – treatable with antibiotics. Untreated, this can progress to cause arthritis and, more rarely, to harm the heart and brain. The European strain seems milder than the American form, so US doctors are likely to offer a course of doxycycline to anyone who’s had a tick feeding on them for more than 36 hours.

How is it avoided? Bite prevention or quick, clean tick removal, and prompt reporting of suspicions or symptoms to a doctor.

What is it? A viral infection spread by ticks in the forests of Europe and central Asia.

How common? There are about 3,000 hospital admissions annually in Europe (excluding Russia) due to TBE. The risk area is patchy.

How does it start? Four to 28 days after the bite there is fever (temperatures over 38°C), fatigue, headache, muscle aches and nausea. One-third of people infected then get a high fever and meningitis, from which up to 20% die.

How is it avoided? Immunisation – those going on European walking holidays should check if they need the vaccine; it is usually boosted every 35 years. Also bite prevention, or prompt tick removal.

While you can remove the little biters with tweezers, a bespoke device is much easier, so consider taking one if walking or camping in a high-risk area. You simply position it under the tick and start twisting. Available from www.bada-uk.org.


Dr Jane Wilson-Howarth has intimate knowledge of ticks from camping in Nepal and Scotland. Her book, The Essential Guide to Travel Health (Cadogan), contains more advice on what to do. A new, illustrated edition of her autobiographical novel, A Glimpse Of Eternal Snows (Bradt; £12), is out now