How to do a travel charity challenge

Want to raise money for charity and have an epic adventure along the way? Sounds like you need a charity challenge. Here's our guide...

Got something tough to tick off your bucket list? Want to trek the Great Wall of China? Raft the Zambezi? Cycle around the globe? Then why not do it for a good cause too? Here we explore the travel charity challenge, from how they work to getting started to deciding whether they’re ethically sound.

What is a charity challenge?

Just about anything can be turned into a charity challenge – you could run a local 5k or climb Kilimanjaro. Challenges that involve travel are usually about tackling a demanding yet unforgettable goal that will inspire those around you to dig deep. The amount you’ll need to raise will depend on the experience and the charity.

Why do a challenge?

“It’s an opportunity for people of all ages, genders and backgrounds to raise a lot of money for a charity, with the incentive of an incredible experience at the end,” says Lexi Quinton of The Different Travel Company. In short, you push your own boundaries to help others.

The reasons people opt for a charity challenge vary. Some are spurred by the loss of a friend; others by the desire to do something different or to achieve a personal goal such as losing weight or improving self-esteem. Whatever the motivation, the rewards are huge, says Simon Albert, director of Charity Challenge: “Participants find things that they could never have imagined: deep long-lasting friendships; indescribable memories; close-up encounters with hidden cultures; new futures; a sense of joy, respect, humility, passion and achievement; and a real experience in the joy of giving.”

Undoubtedly the challenges are designed to be physically, emotionally and even spiritually demanding, to push people way out of their comfort zone. But one of the toughest parts is deciding what to do.

Treks, cycles, climbs, paddles, community projects… If you can dream it up, chances are you can do it as a challenge. Companies such as Charity Challenge, Different Travel and Discover Adventure offer trips worldwide.

Classics include trekking the Inca Trail, cycling from London to Paris, climbing Kili, hiking to Everest Base Camp. Says Jonathan Bryan, managing director of Discover Adventure: “All our trips are challenges – either up mountains, across deserts, through jungles or mountain ranges, or linking two iconic cities.”

Most challenges organised by UK companies can be done for any charity registered in Britain or Ireland, big, small or even unknown – ideal if you already have one in mind. “The first step is to get in touch with the fundraising team at the charity to tell them about the challenge you would like to join,” says Lexi. “They can give you the go-ahead and help you start your fundraising.” Some organisers will contact the charity for authorisation on your behalf. “Charities love individuals to raise money for them, particularly when there is not a draw on their limited resources,” adds Jonathan.

Typically there are two funding options for charity challenges. With self-funding you pay the costs of the trip yourself and raise money separately, with 100% of donations going straight to charity.

Then there’s the fundraising option, in which participants raise a target figure – perhaps £3,000-4,000 – to cover their travel costs as well as sponsorship. Usually about 50% of this ‘minimum fundraising target’ goes to charity; all cash over the target will go to charity too. If you don’t meet the target, you may be expected to top-up the remaining balance, postpone your trip, continue fundraising after your challenge or, worst-case scenario, not go at all.

Simon says: “We encourage people to choose whatever will be within their capability. Not everyone can afford to self-fund a challenge but will commit to six months of intensive fundraising for their charity to enable them to undertake it.” 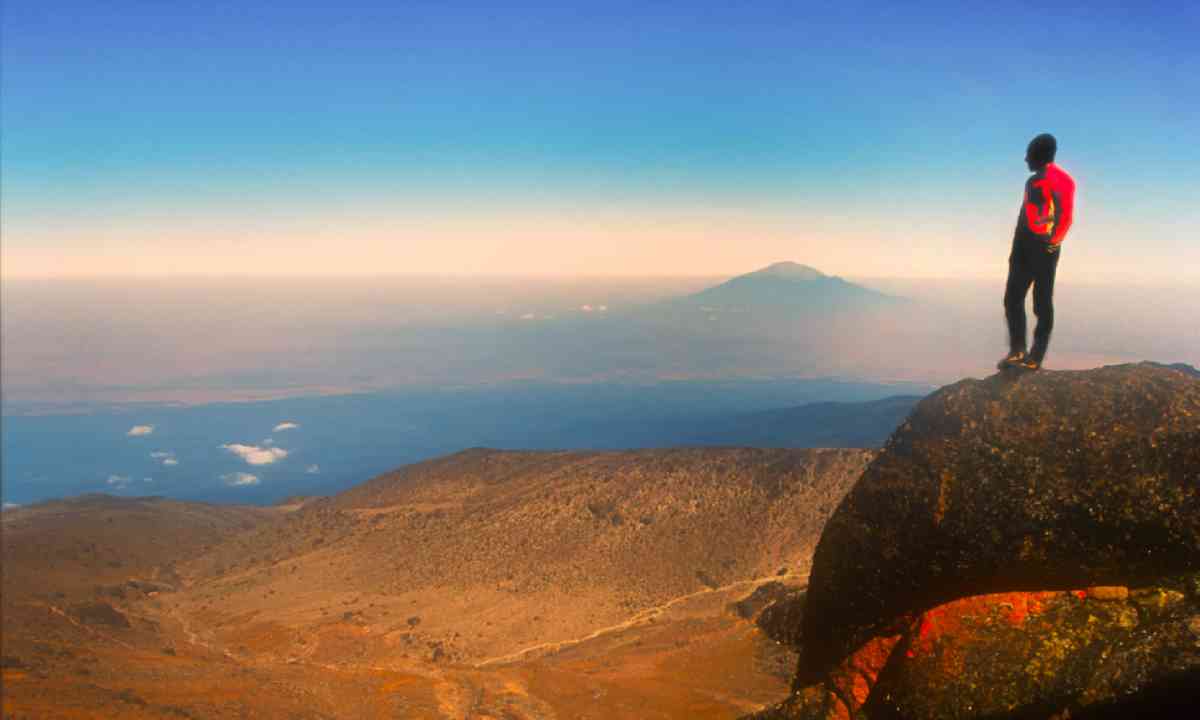 Many people have concerns about the ethics of the fundraising option: after all, some of the money people are donating to your cause is actually going to pay for your trip. If people are paying for your adventure, doesn’t that mean less goes to charity? Some travellers think so and won’t do one for that very reason.

Wanderlust reader Julia Hammond says she’s never done a charity challenge as it doesn’t feel right. “I’m fortunate I have enough money to go to lower income countries without asking my friends to pay for my trip. When I have done charity work overseas, such as working with a Ghanaian school, I’ve covered my costs myself and thus all the money raised went directly to those for whom it was intended.”

So if you don’t self-fund, are you getting a free holiday? You might think so, but Jonathan has a counter point of view: “Fundraising is hard and takes time, as does the training to complete the challenge itself. You could argue that the challenge is the prize and culmination of all that effort.”

Simon agrees, arguing that challenges are not holidays: “They will be training for many months to get fit, raising thousands of pounds for charity, and then undertaking a physically demanding challenge.” Charities also get a lot of publicity from these trips, as well as donations that they may not otherwise have received.

So, are you up for the challenge?

You’ve done an incredible 26 challenges and raised over £130,000 for charity. What have been your highlights?
On the cycling side of things, Lands’ End to John O’Groats must be number one. I did that with my son in 2009 and we enjoyed it so much we went again in 2011. The first one was a tribute ride to my wife who I lost in 2008. We raised £6,500 for the hospice that looked after her. Everything else that I’ve done has been for Macmillan Cancer Support.

How do you raise money?
I do an annual fundraiser at the hospital. I do a raffle and I write to companies all over the place asking them if they’d like to donate a prize. Then I do supermarket collections and cake sales. All sorts of things. It’s enjoyable but it’s hard work!

Which was the toughest challenge?
Lands’ End to John O’Groats required a lot of training. I’ve also cycled from London to Paris, Paris to Geneva and Geneva to Nice. That was a fantastic ride but it got quite arduous near the Alps and in the Jura Mountains. Everest Base Camp was particularly testing, as was Kilimanjaro. The altitude took you to the extremes, but I made it. I’ve done six marathons as well. I love a challenge and they’ve all been enjoyable.

What have you learnt along the way? Any advice you’d like to share?
I wish I’d started earlier [George did his first challenge aged 63]. I’ve learnt that you have to come out of your comfort zone to really enjoy life. I would say to people: just do it. The rewards are phenomenal.

What’s next?
I’m doing a trip called the Freedom Trail, trekking over the Pyrenees along a trail used by the Resistance during the war. Two of my sons are coming with me, two grandsons and one granddaughter.