How to cycle from London to Iran – with no training

Rebecca Lowe doesn't have much cycling experience – but that didn't stop her planning to pedal from London to Iran. Can it be done? Umm, maybe.

My arm doesn’t even hurt too badly anymore, my last surviving hope for delay. I had a typhoid jab a week ago and since then it’s felt like I’ve had nightly wrestles with Floyd Mayweather. For the past few days, I’ve had vivid images of me as that heroin addict in Requiem for a Dream, my bicep going mushy and gangrenous as I cry out deliriously, heroically, that I’m going no matter what – only to be dragged off by medics and sedated.

But sadly it isn’t to be. It feels fine. I feel fine. The weather is good. It’s all a complete disaster. The last time I had to cycle 50 miles was in 2009, when I was a young, lithe 20-something. And now I have to do it not once but every day for the best part of a year. I can feel my buttocks shrivel in anxious anticipation.

In front of me lie France, Switzerland, Italy, Slovenia, Croatia, Bosnia, Montenegro, Albania, Serbia, Kosovo, Bulgaria, Turkey, Lebanon, Jordan, Egypt, Sudan, Oman, the UAE and Iran. It's a little daunting if I think about it, so I try not to. I have no idea where I'll be stopping or sleeping en route, but I've packed a tent, sleeping bag and formidable number of energy gels to help get me through. Not to mention a lifetime's supply of chamois cream. 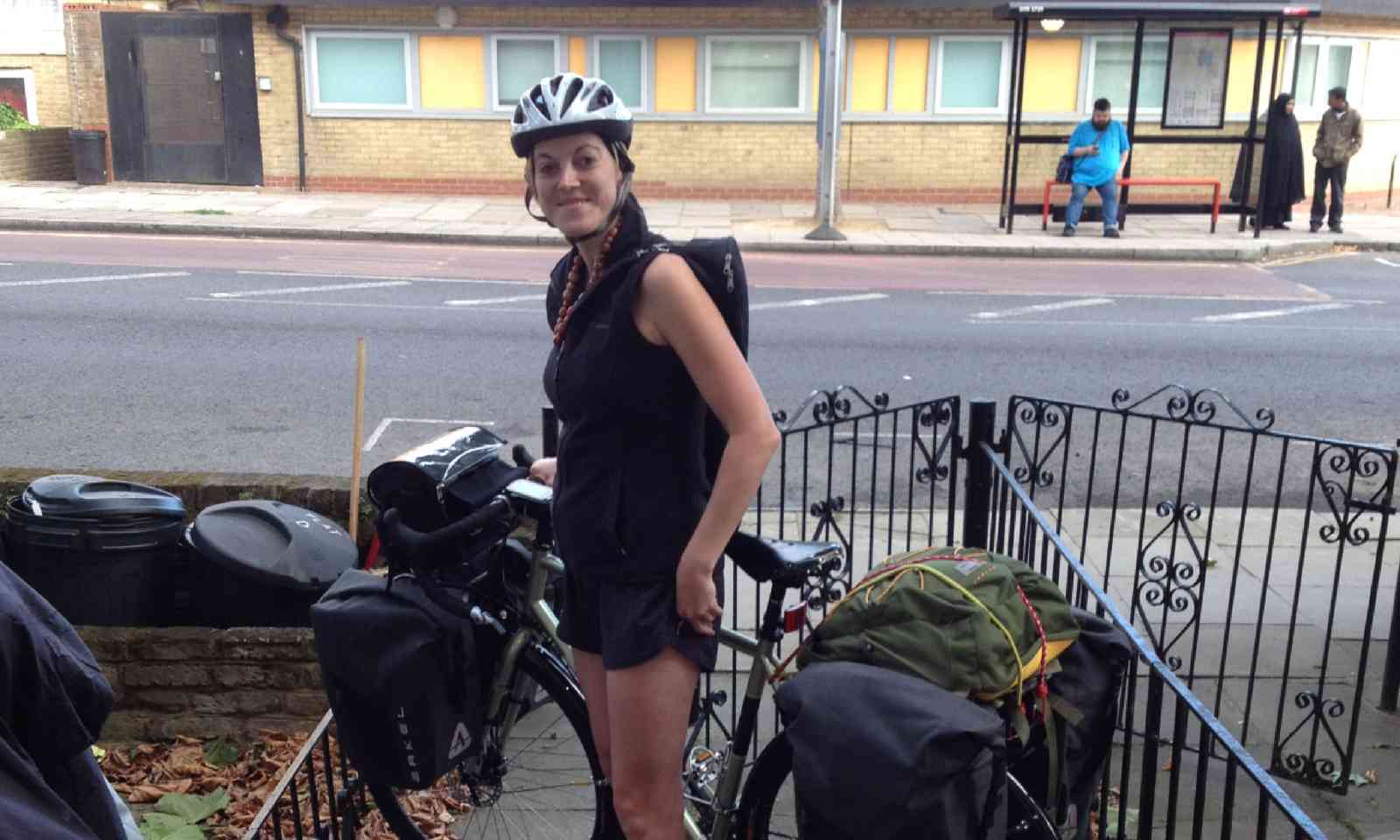 I'm apprehensive, but I know there's no going back. A few weeks ago I was a full-time journalist in London, doing a job that I loved. However, after five years I was itching for more. My focus was on top-down policy and the law; on problems, atrocities and abuses. But people were largely absent. My hope on this trip is to humanise the debate, and show that the Middle East is more than the thriving hotbed of jihadism and misogyny many believe. And for a bottom-up view of normal, everyday life, cycling seems ideal.

This doesn't mean it's going to be a purist trip, however. While the saddle will be my primary companion, I'll be quite happy to beg, borrow and steal to avoid it if the mood's not quite right. To prove this point, I begin by cheating outrageously.

After packing up the bike – two heavy front panniers, two elephantine back panniers, one lead-lined bar bag, one unliftable rucksack, one totally superfluous ukulele – and snapping a photo, I take off all luggage except the bar bag and leave it for P, my boyfriend, to drive down for me later in the day. We are due to meet at my sister’s in Bolney before I jump on the ferry at Newhaven, so I’ve decided to travel David Cameron-style, with full support vessels and entourage.

So having stripped the bike down to its bare essentials, I hit the road. And except for a faint wisp of a hangover from last night’s bottle of celebratory Chateau Labegorce Margaux 2001, it feels pretty good. I power thunderously on, energised and invincible. This is bloody easy. Never mind the fact I am carrying about a fifth of the weight I should be. Chris Froome eat your heart out!

Then I reach my first hill. And I suddenly realise that I have no idea how to change gear properly. London is so flat that I rarely have to think about it. I clunk through them clumsily, feeling certain that I’m violating this beautiful machine, as well as the skilful people who built her. “Sorry Kona,” I mutter as another brackish squawk comes from the gear box. “I’m so sorry.” 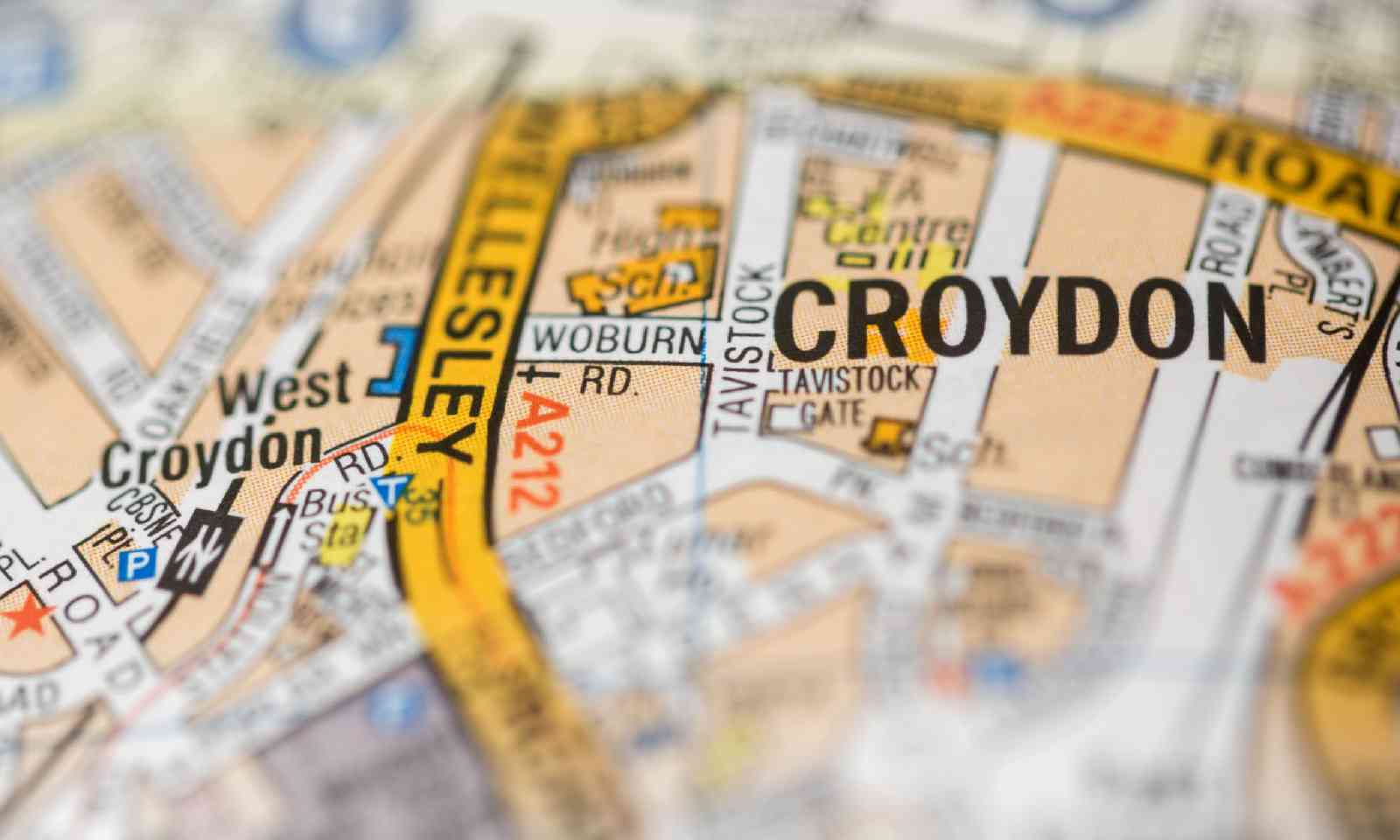 I enter Croydon – a long slog – and then celebrate my escape with a wonderful swoop down Bug Hill, feeling full of the joys of the world again – before getting a sharp slap in the face in the form of Long Hill just before the M25. I suddenly get a hint of what I’ve let myself in for.

Halfway up, I stop. I can’t go on. This hill is a menace, and even turns into a dirt track halfway up as if to really hammer home just how unfit and decrepit I really am.

I assess the situation. Options are: go back down, return to London and sleep for the rest of the day. Tempting. Satisfying. Maybe a tiny bit shameful. Or continue. I neck an energy gel and suddenly feel the power of sugar over the human psyche. Twenty minutes later I huff and puff my way to the top, and indulge in a truly humiliating sense of achievement.

I check the time. 1pm. Bugger! I’m meant to be in Bolney by now to retrieve my bags from P and test out cycling with them for the final few miles. But I’m still a good five miles away, and there’s a bleeding great hill ahead. So I give him a call.

"Hello? It’s me."
"Hello. Where are you?"
"Well, I’m close, but it could be another half hour before I get to you," I say, lying back on the grass and tucking into my third Snickers of the day.
"Half hour! We’ll never get to your sister’s by two o’clock. I’ll have to take you in the car."
"Er – yes, probably."

So I ride the final few miles to Bolney in the car, in comfort. We meet my sister, her partner and my parents for lunch, where I am showered with Champagne, fish pie, last-minute gifts and advice on how to dislocate a man’s thumb if attacked. I feel immensely touched and grateful. This is what it’s all about! But how can I convince them to join me the rest of the way?

Sadly I can’t. So an hour later, emotional goodbyes over, P takes me to the dock to drop me off. We load up the bike and try it out for the first time in the car park. It’s just about ride-able on the flat tarmac, but completely impossible to steer. I start working out how I can get from Dieppe to Tehran without having to turn any corners. On the ferry, I tie my bike up alongside a couple’s and they ask me where I’m going. They seem impressed when I say Iran, but do I detect a note of concern or pity? It’s a reaction I come to know well over the next few days. When men go adventuring, they are seen as intrepid. When women do it, they are mad, perpetually single or recovering from a broken heart.

I sit down in a prime spot to watch the UK recede into the distance and conduct a thorough examination of my thighs. They are already conspicuously larger. It’s a worrying development. My biggest fear on this trip, other than being kidnapped by ISIS or running out of chamois cream, is developing gargantuan quads that render me unfit for society.

I buy a half bottle of 2010 Chateau Lieujean Haut-Medoc to put my mind off this and the long journey ahead. It’s really quite excellent for just €6. Settling back in my seat with my wine and Camembert I suddenly remember why I like France so much. Maybe things won’t be so bad after all.


Rebecca Lowe is a freelance journalist from London. She was previously senior reporter at the International Bar Association, where she specialised in human rights and the law. She has written for the UK Guardian, Times, Independent, Economist, Spectator and several travel and consumer magazines, and has degrees from Cambridge and Stanford Universities. She set off on her solo cycle ride in July 2015 and hopes to reach Tehran, her final destination, by June 2016. Follow her progress at The Bicycle Diaries, on Twitter, and on Facebook.