From looking for 'stories' and respecting your subjects to going that extra mile for a special shot, Graeme Green reveals the 'tricks of the trade' that set great travel photographers apart 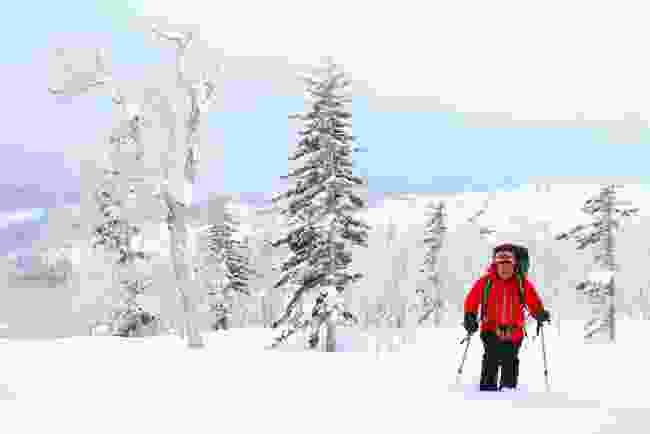 A great photo opens up the world to people. With adventure travel photography, you need to capture the action and take people there. Whether it’s paragliding in Nepal or snowshoeing across Japan’s frozen north, people looking at your pictures have to feel that sense of adventure.

If you’re spending time with local cultures, you need to communicate a sense of character and how people live.

Whatever it is you’re looking at, you need to figure out what the story is and who the main characters (and supporting cast) are – whether that’s people, wildlife, buildings, food… What aspects of a place do you need to capture to bring this particular story to life?

2: Give a little respect 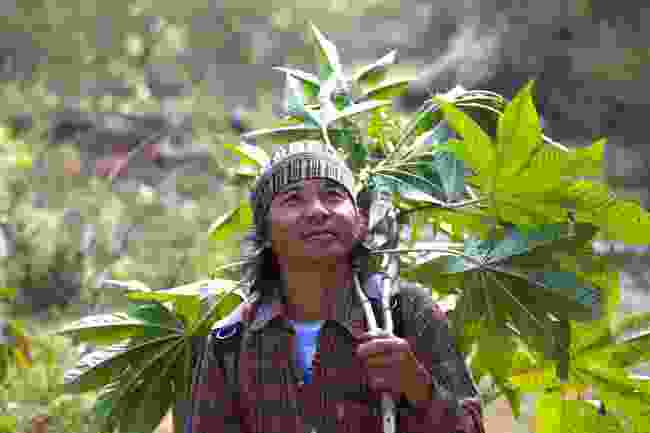 I’ve seen shocking examples around the world of tourists treating local people like any other curiosity, including a group in Bhutan crowding around a girl at a monastery who was too shy, polite or scared to push away the iPads and cameras in her face.

I sometimes take candid photos of people from a distance, using a zoom lens – an unobtrusive way to get an authentic sense of local cultures, without any posing.

More often, I’ll ask someone if they mind me taking a photo (if language is a barrier, just pointing at the camera and asking “ok?” is usually enough). People around the world are friendly and, certain cultures aside, surprisingly open to having their photo taken – even up for a bit of direction, moving into positions or reproducing an action to help you get the photo you want.

When possible, I like to spend a day or several days with a person or a group, checking they’re happy to be photographed, then just asking them to “pretend I’m not here”, so I can take authentic, natural shots as we go about our time together.

3: Be a decent human being 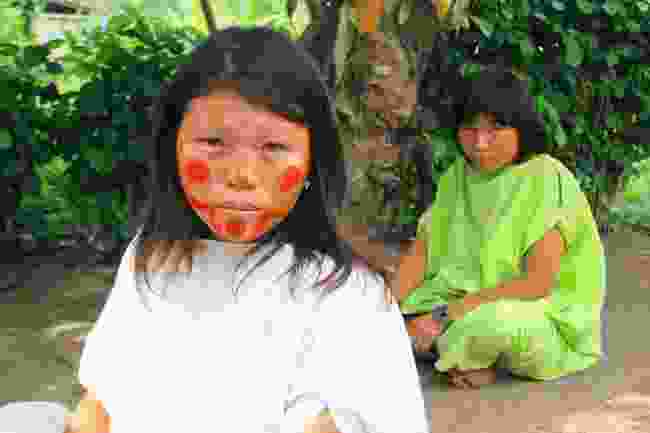 It’s worth thinking about what you’re photographing from an ethical position, especially if money is changing hands in order to get a picture.

Travelling in Burma, I heard that the heavy layers of metal chains worn around the neck by women in remote tribes painfully deform the women – not so much a local tradition anymore, but a way to collect money from tourists who come to take their picture. Likewise, it’s reported that using cormorants for fishing in China actually chokes the birds – again, less a tradition, more a pose for photographers. Neither are photos I need on my memory card. The same goes for drugged tigers, de-toothed snakes or chained monkeys

Photos tell stories, good or bad, and even have an impact on the outcome of those stories, from violence and human rights to wildlife conservation. Taking pictures that continue any kind of suffering to humans, animals or the environment isn’t something I want to be involved in. 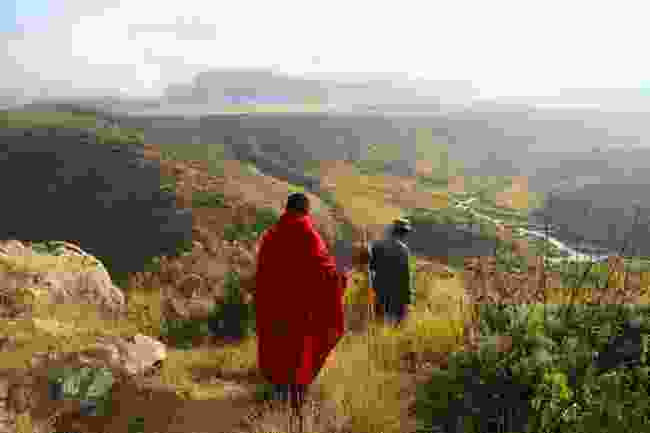 There’s nothing wrong with a bit of post-production to bring out the best in a photo. I see pictures online everyday, though, where photographers have obviously got carried away with Photoshop's settings, editing their pictures to the point where they bear no relation to what they saw or to scenes that are even physically possible.

The eyes are pretty clever, and detect when something doesn't add up. Photos with intensely oversaturated colours, or weirdly manipulated pictures where skies are dark and stormy but, somehow, magically, the rest of the scene is bathed in warm, colourful sunlight might get Likes on Instagram but they're likely to be rejected by editors at newspapers and magazines.

Instead, capture something real. There are plenty of incredible sights in the real world, without adding magic effects.

5: Have a little patience 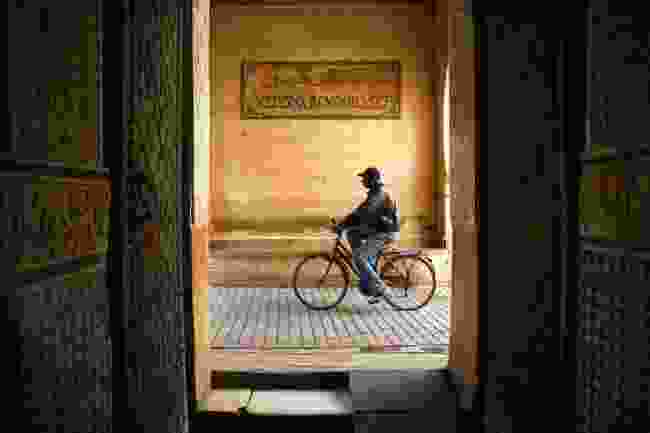 The difference between an ok shot and a great shot is often time. It’s hard to be patient when there’s often so much to see and do – especially when you’re on assignment, with places to be, people to meet, things to photograph.

Often, you can see a building is going to look fantastic in half an hour or later in the day, when the light hits it right. Waiting, or leaving and returning later, is better than a sub-standard photo.

At Ben Youssef Madrasa in Morocco, I found a shot of the entrance that looked pretty good as it was, with just the ornate doorway and the street outside. But the picture I wanted was someone walking or cycling by. I waited, perhaps for half an hour, taking various photos of people speeding by, until I got the one I wanted. 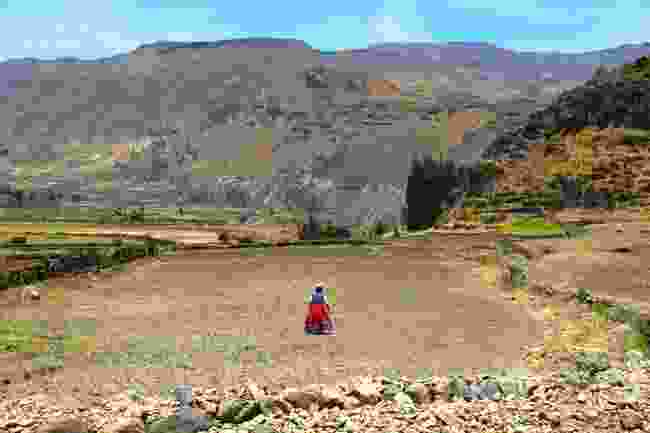 To take great pictures, you need to keep your eyes peeled. Often, it’s small details that others might miss or walk by, rather than the obvious main attraction, that’s the detail that brings your story to life. Sometimes, it's the spectators at an event, rather than the event itself, that make the standout photo.

When I’m on assignment, I’m always looking around. It pays to take your eye away from the viewfinder and away from the main focus. Working in Peru, my focus was the condors of Colca Canyon. Looking around, though, I spotted a woman in colourful skirts walking through the surrounding fields, a picture that gave a sense of local life and the scale of the landscape. Those kind of photos, easily missed, help make a story. 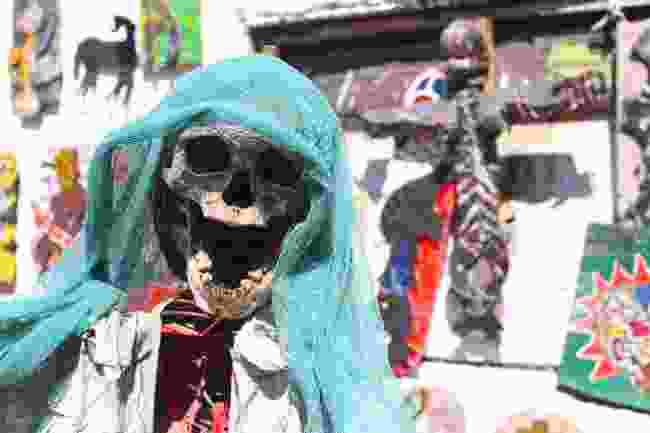 A series of epic landscape photos, one after another, doesn’t really sum up a place – and nor does a collection of portraits. What a story often requires is variety, not just the big, key elements (people, landscapes, animals, buildings…) but also smaller details.

Piles of colourful fruit or shining fish in local markets can give a real flavour of a place. Road signs or shop signs often show the local sense of humour. I like to keep an eye out for artworks, statues, murals and other details that add an extra dimension and say something about a place. 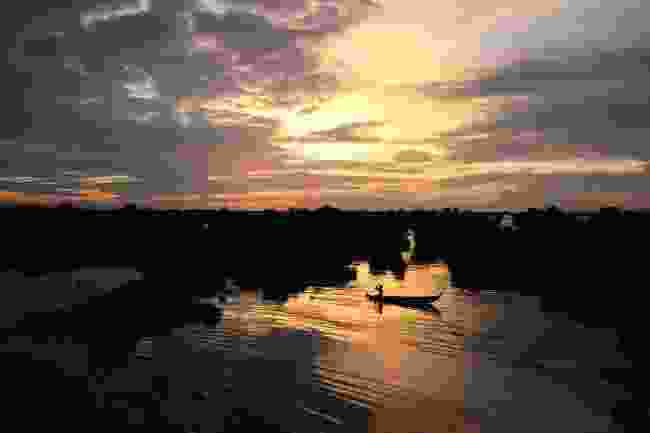 The ‘glamourous’ life of a travel photographer often means getting out of bed (if there is a bed) when it’s still dark. I’ve completed assignments while wiped out by illness. There have been tough journeys on jarring dirt tracks, long trudges through thick snow or desert heat, and endless waits in dawn’s early light with nothing happening. You need to deal with disappointment, the unexpected, the impossible-to-predict and the failed-to-appear.

Early starts, sleepless nights, long days blurring into each other, dodgy vehicles and difficult journeys are all part of life as a travel photographer. There might be times when you don’t feel like taking photos, but missed opportunities always come back to haunt you. Few people know regret like a photographer who didn’t get their shot. 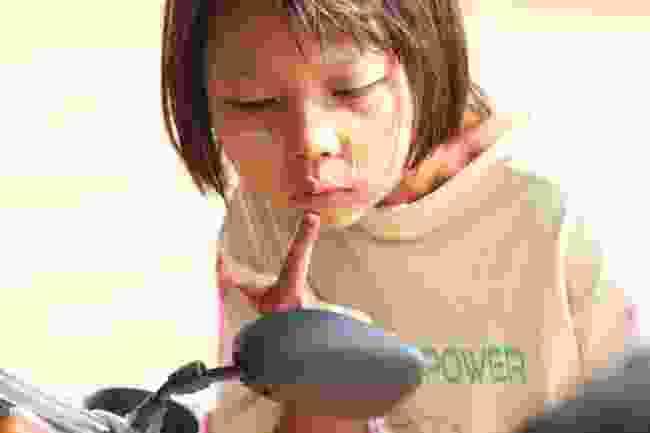 With billions of images online and in newspapers, magazines and books, it takes something original to stand out and make people look.

The world probably doesn’t need another photo of the Holi paint festival or sunrise over Angkor Wat. I prefer to seek out subjects that I haven’t already seen elsewhere 1,000 times. If you are going to photograph a well-covered subject, you need to find your own fresh take.

10: Seek out interesting places and situations 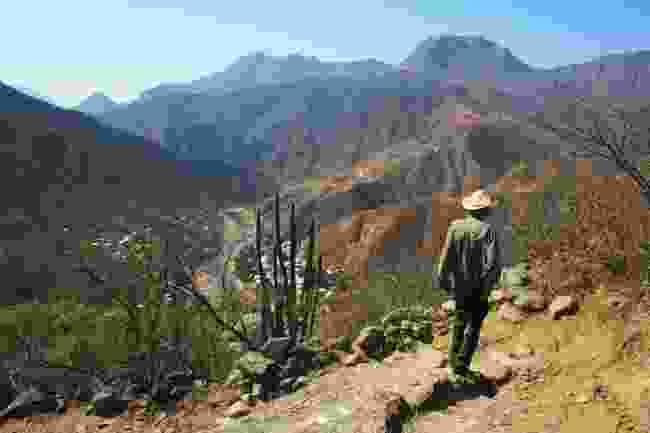 One of the great pleasures of travel photography is the travel itself. It’s a job that can take you around the world, meeting people you’d rarely meet in any other walk of life, witnessing scenes and having adventures that are unforgettable.

It pays to go to unfamiliar and remote places, even if that means difficult journeys. The extra effort is usually rewarded with fascinating cultures, wildlife, buildings and other new sights. Keep an ear out for local festivals or find out about local practices, from religion to art, farming to celebrations, all of which can make for original pictures.

Exploring and finding something unique that you’re interested in - as a person, a traveller and a photographer - is the big motivation for many travel photographers.

Graeme Green is an award-winning travel photographer and journalist, whose work has appeared in The Sunday Times, Wanderlust, National Geographic, The Guardian and others. For more on Graeme's photography, see graeme-green.com.