Japanese culture meant it was a spotless nation long before Covid-19 came along. Here are seven ways it’s fighting the virus – without even trying 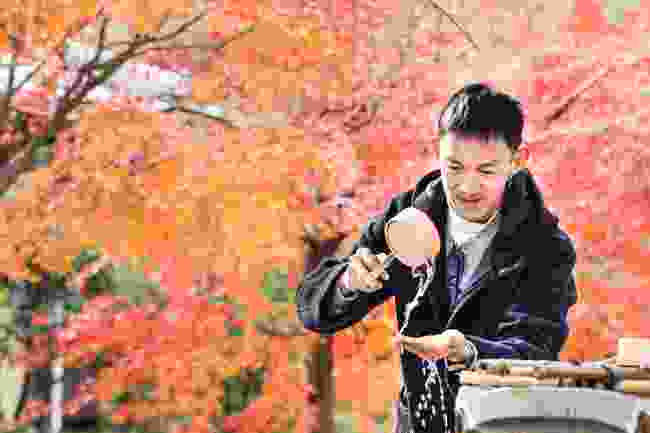 Purification and cleanliness play a big part in Shintoism and Buddhism, which is why you’ll see worshippers washing their hands and mouth before entering a Shinto shrine.

But cleansing customs aren’t just limited to faith. Swapping shoes for slippers when entering someone’s home, a ryokan or even a restaurant is second nature to Japanese people. While travellers are familiar with that concept, you may be surprised to see locals washing doorsteps, pavements or even the street.

Community litter picking or pruning is common, too – and children must clean their school as part of the curriculum.

So the Japanese were fighting Covid-19 before it had chance to take hold. 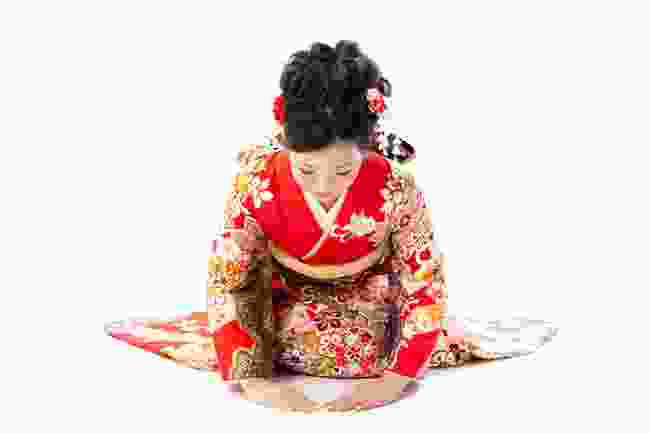 In times of Covid-19, we’re now all familiar with the Wuhan shake and elbow bump as an alternative to shaking hands. But could you become accustomed to bowing to your friends, too?

The Japanese custom is thought to date back to the 5th century, when worshippers bowed to Buddha statues, but it didn’t become standard etiquette until the 17th century.

To foreigners, learning the art of ritsurei – keeping your back straight as you bend at the waist while standing – or zarei – bowing while kneeling – requires lessons, as you need to know when to bow and how deep and long to bow for in order not to offend.

However, while you might not always get it right, your efforts will usually be appreciated. Besides, after a fortnight in Japan no doubt you’ll find yourself nodding your thanks to a shopkeeper without even thinking about it. 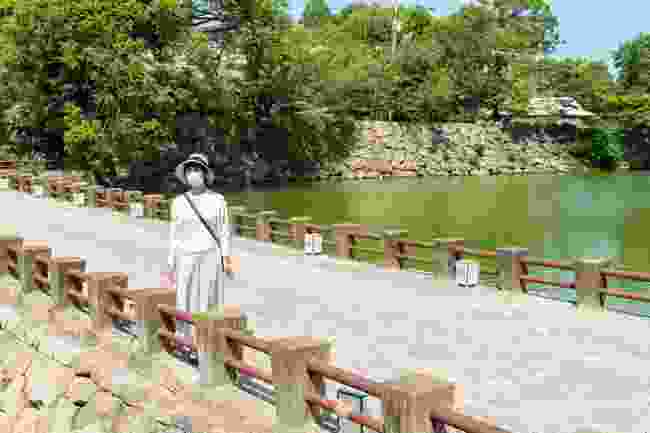 From Hello Kitty to Pokémon, face masks were a big part of Japanese culture long before Covid-19 – you can even buy masks from refrigerated vending machines, or with pockets to insert ice packs.

It is thought that the act of covering the mouth began in the early 1600s, to prevent worshippers’ bad breath from desecrating religious rituals. While they were originally a luxury item, they became mainstream during an outbreak of Spanish flu in 1918.

Since then, wearing a mask over your nose and mouth has become commonplace when you have a cold or suffer from hayfever, as it’s not the done thing to blow your nose in public.

When Covid-19 hit, wearing a face covering caused headlines in the West, but as 2020 draws to a close wearing a mask has become the new normal – and on a trip to Japan it feels particularly unremarkable. 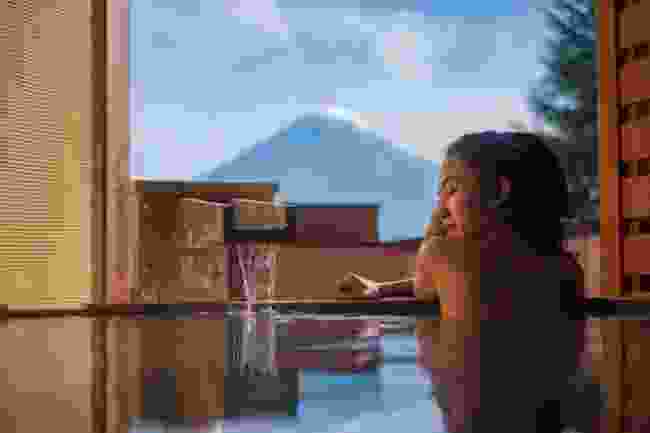 Japan has more onsens (hot springs) than any other country, but soaking in one isn’t just about getting physically clean – it’s about cleansing the soul, too.

The concept of spiritual purification is important to the Japanese, which helps explain why salt is sprinkled outside restaurants and around sumo rings, or why Shinto practitioners stand under cold waterfalls.

If that doesn’t appeal, you can bathe in 40°C water in an indoor onsen or an open-air rotenburo instead. Just remember to scrub yourself clean before getting in the bath, and bathe in the nude, just like the locals do. When in Rome… 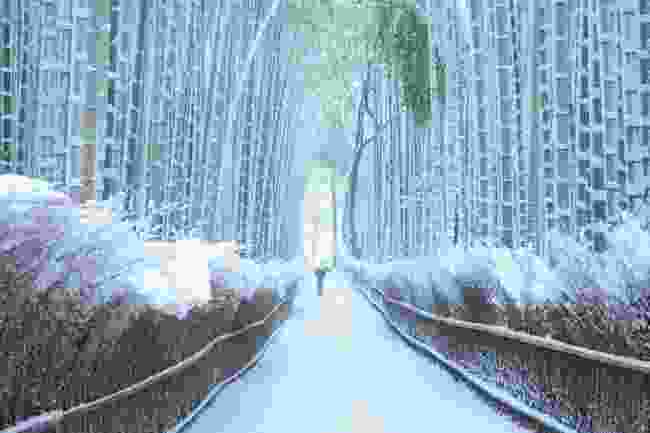 Japan conjures up images of packed commuter trains, skyscrapers and busy temples, but it has more nature than you might think. Around 73 per cent of it is mountainous, with 69 per cent shrouded in forest – it also has more coastline than the USA, New Zealand or Australia. It has more ski resorts than any other country, too – so when you’re next able to visit, swap city life for a zip down the ski slopes of Niseko or Furano, or go snowshoe hiking in Chubu Sangaku National Park.

Meanwhile, a visit to Yakushima Island off the southern coast of Kyushu – which inspired the rainforests in the animated fantasy Princess Mononoke – will reward you with glimpses of nesting loggerhead turtles. 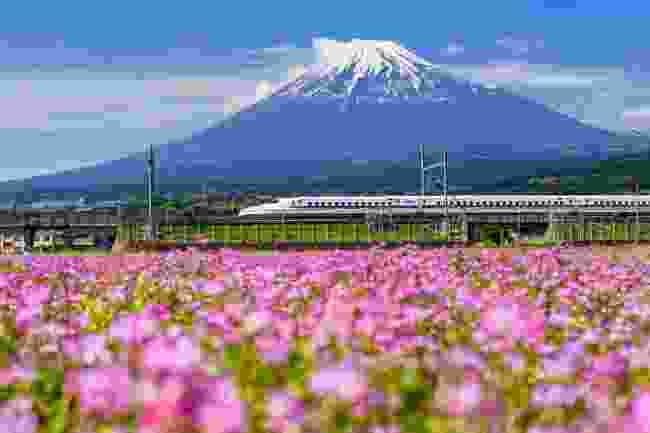 Japan’s spotless public transport was a thing long before a ‘seven-minute miracle’ film went viral on YouTube in 2015, which saw staff wipe trays, collect rubbish and sweep the floor of a Shinkansen bullet train carriage in seven minutes. Buses are just as clean, with a separate entrance and exit as standard – which is ideal during a global pandemic.

Even taxis are Covid-secure. Doors usually open automatically so you needn’t touch the handle, taxi drivers often wear white fabric gloves and polish their cars inbetween passengers, and it is common practice for cash to be placed in a tray rather than into the driver’s hand. 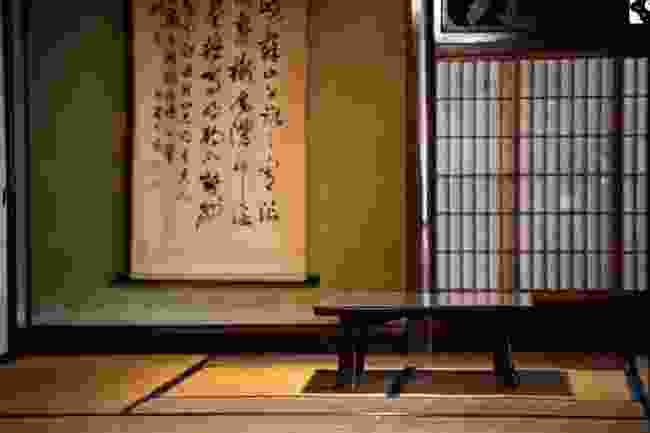 Kanso means simplicity or purity, and it’s a little like the Chinese concept of feng shui.

As Japan is prone to earthquakes and residents have limited space at home, it’s little wonder that kanso is all about getting rid of unnecessary possessions and only keeping the bare essentials, which results in the minimalist, stripped back aesthetic Japan is known for. That’s why a traditional home or ryokan will often appear almost empty, with just a low table on tatami mats, and a calligraphy scroll or vase of flowers limited to a single tokonoma (alcove).

Japan’s tidying up guru, Marie Kondo, who is inspired by Shintoism, recommends only keeping items that you value – so you won’t find excessive pillows on a hotel bed in Japan. In times of Covid-19, a lack of clutter makes cleaning hotels a simpler job.