The D10SZ from Warsaw to Moscow is in its first week of daily service. It is a brand new Russian train that has replaced the D10. The only down side of the new arrangement was that it was due to leave at around 7pm, meaning a long night on the border and a later arrival into Moscow that I would have preferred. And it doesn’t have a restaurant carriage.

Rule number two in my long-distance rail code is to never be late for a night train, so I arrived with more than half an hour to spare. The train cruised in right on time, and my carriage (344) was one of the brand new Austrian built ones. Deeply impressive. It even smelt new, like that new car kind of smell.

I unpacked my bag and settled in, changing the berth configuration so I had both a seat and a bed. There were four beds as this train now operates as one class: you just decide if you want to share it or not and buy a ticket accordingly. 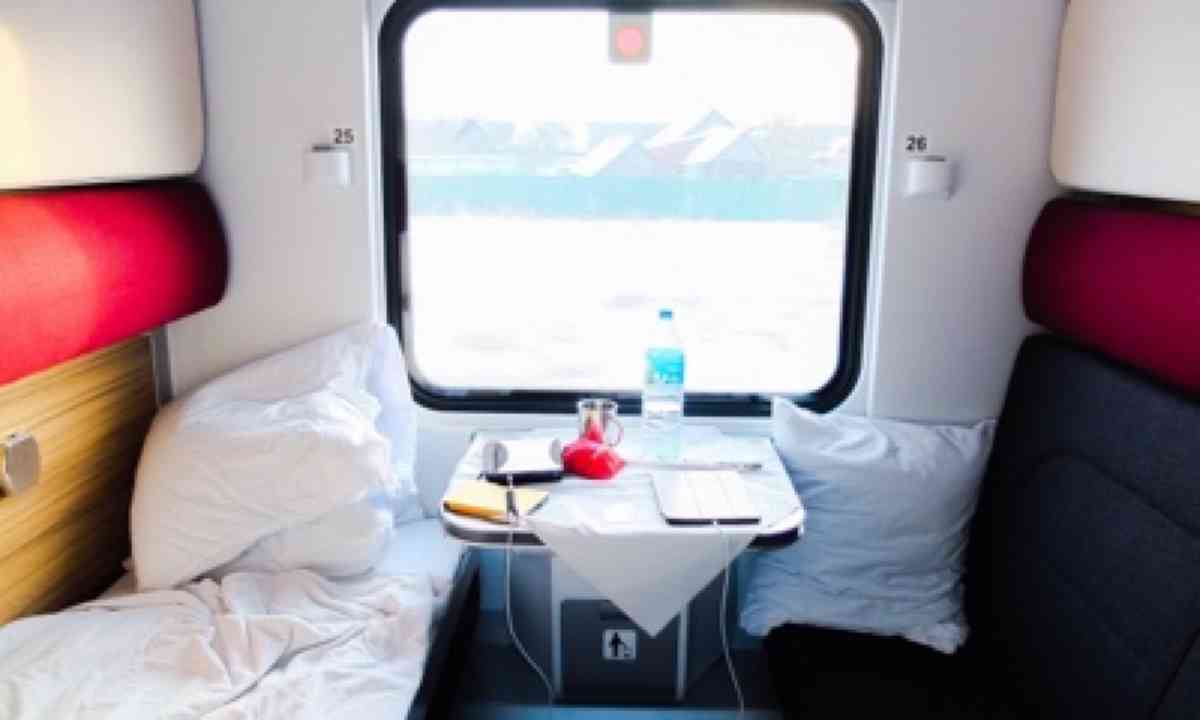 The big news is that there is a shower at the end of my carriage. Yes, a real shower, with all mod cons. This is a Russian Railway first for me, and I look forward to trying it out. To find it you just walk into one of the two toilets and turn left – it is inside the toilet next to the outer wall of the carriage. There is nothing to advertise its presence, so you just need to find the right WC.

After a couple of hours, we reach Terespol, and I have no troubles from the Polish security team seeing off the train over the River Bug to the Belarus side. It's a Cold War bridge type border and the point where my Belarus transit visa kicks in. It is only valid for 48 hours and is linked with my Russian visa entry dates. There is no flexibility with this, so precision planning is required.

I made a few schoolboy errors on my Belarus entry paperwork, so a slightly excitable officer marches back and forth with my form asking for more information. His boss seems more relaxed and stamps my visa and wishes me well. Customs are pretty thorough too and take an interest in all my belongings, especially my medical kit.

On arrival in Brest (the Belarus frontier station) I count nine officials getting off my carriage before we reverse back out the station and into the shed for a couple of hours of work swapping the bogies of each carriage.

I'm not getting on very well with one of the two providnitsas in my carriage. Her name is Lira, and she has tried to stop me taking photographs in the shed. Does she think that the Russian railway gauge is still a state secret? She even pushes me away from the window at one point. I would really like to get a smile out of her before the train reaches Moscow, but I might have my work cut out. The border guards are more friendly than she is. Local time has moved on a couple of hours (to Moscow time) so it’s not until about 03.30 that we are underway again. There is no point trying to sleep before then as the rough shunting of each carriage results in quite a few bangs and sudden impacts. Once that is done I sleep quite well and don't get up until 10.30 the next morning.

Against PKP wisdom, there is actually now a restaurant carriage, attached at the border last night. It's located right next door to 344 – an easy walk. It's a step back to the Cold War. Inside the fuggy atmosphere of the creaky carriage, I'm greeted by a friendly old chef.

We don't have a word in common and I have misplaced my vital "Point It" book that I use to speak with pictures, so the first few moments are comedy gold. I reach for a Russian translator app on my phone but it is totally useless for ordering breakfast. Chef does a better impression of a chicken than I do of chicken eggs. I need to redouble my efforts and give myself a talking to – my "Point It" book should be with me at all times.

I hopped off for a few minutes at lunchtime to get some fresh air. The train is actually quite short now, maybe four sleeper carriages and a restaurant car. All the standard seated carriages must have been taken away at the border last night. So the day is spent chugging through the Russian countryside before arriving into Moscow Belorusskaja at 16.20, a journey of about 22 hours. The time actually flies by. I usually find longer day train journeys much more tedious than this long but more comfortable experience.

As we cover the last few miles towards Moscow, Lira appears and returns my ticket with a curt nod and a frown. I notice her eyeing up my Power Gorilla recharging my camera, and wonder if this has any connection to the power being switched off in my compartment last night.

I would really recommend this train, but be prepared for a late night followed by a lazy day on board catching up on missed sleep. The first 12 hours are self-catering, so pack accordingly.