9 highlights of cycling around South America

Long distance cyclist Steve Marks – aka the Malbec Pilgrim – shines a spotlight on the best bits of his 10,000km cycle trip around South America 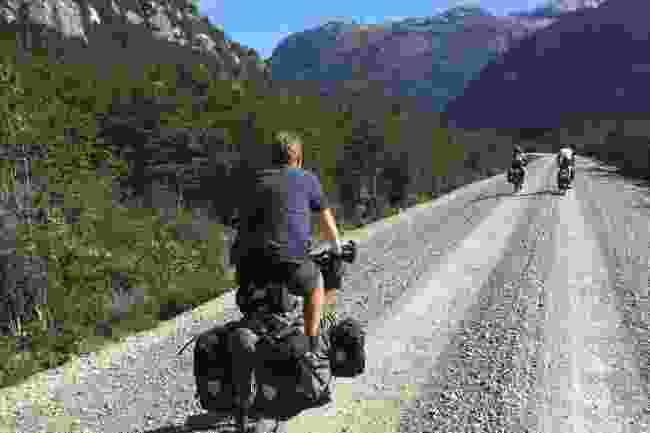 Running through Chilean Patagonia, the Carretera Austral or ‘Southern Highway’ is one of the great icons of any cycling tour through South America. Often lauded as the world’s greatest road trip, the British adventurer Al Humphreys described it as “the most beautiful road I have cycled” in his two-volume account of his around-the-world bike odyssey.

Despite being over 1,200km long, the road connects towns and villages with a total population of just over 100,000, which lends the Carretera its wild ambience. The photogenic landscape fulfils every quintessential image that Patagonia can muster – forests, lakes, glaciers, snow-capped mountains and Patagonian small-town life. It’s hilly in places with plenty of gravel sections, but this is all part of Chile’s wild vibe.

2. Route of the Seven Lakes, Argentina 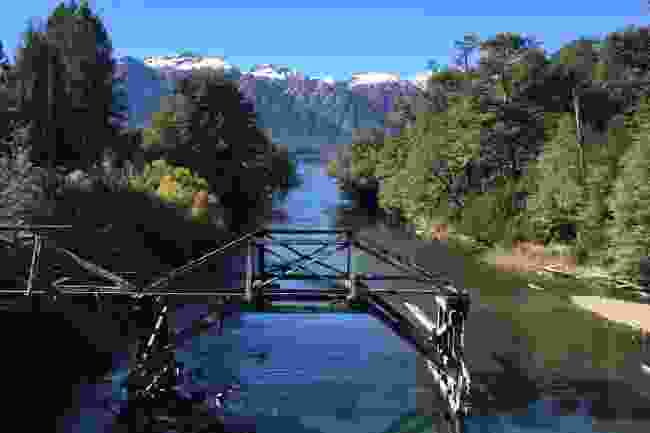 The Route of the Seven Lakes, or Ruta de los Siete Lagos, is one of Argentina’s most stunning natural areas. A 105km smooth Tarmac road undulates between the towns of Villa la Angostura and St Martin de los Andes, meandering past the shorelines of the seven lakes: Correntoso, Espejo, Escondido, Villarino, Falkner, Machónico and Lácar.

The Argentine Lake District always features near the top of any essential Argentina buckletlist. Allow a couple of days to ensure you have plenty of time to park your bike and traipse around the wooded lake shores or explore side roads to other lakes such as Traful, Espejo Chico and Hermoso. 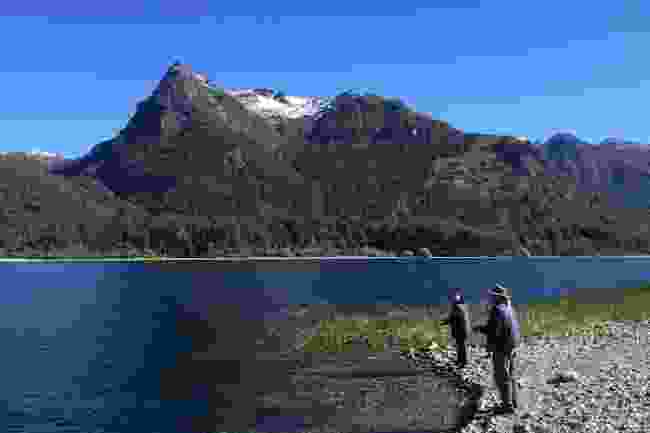 For a more rustic alternative to the Seven Lakes, Los Alerces National Park is a little further south in Argentine Patagonia. Equally stunning, it’s much more off-the-beaten-path. Instead of Tarmac, the road is gravel and there aren’t really any towns, but there are plenty of attractive lakeside campgrounds.

The bumpy path will take you past the shorelines of Lakes Rivadavia, Verde and Futalaufquen, with mountains looming opposite. The local geology has been shaped by repeated glaciations over millennia, creating a spectacular mountainscape of moraines, steep valleys, jagged peaks and woods – the National Park itself is named after the Alerce tree, which can live for over 3,500 years. On the stony beaches at the lake shore, it’s not uncommon to see fish feeding off the surface and local fishermen on the lookout for dinner. 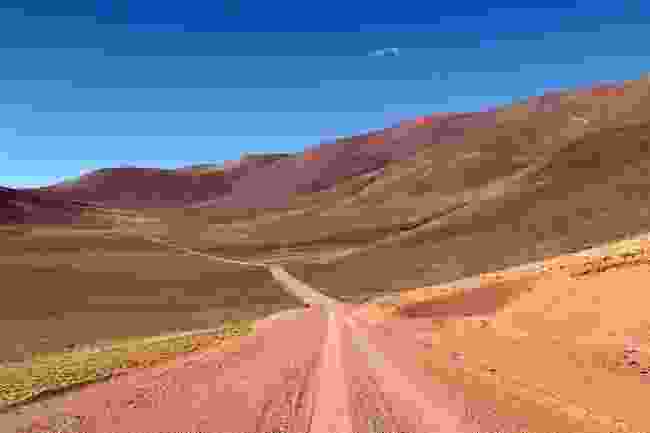 It’s one thing to cycle up a mountain, another when the summit represents an international border with the descent taking you down to another country. Such is the case at a number of high passes in the Andes, where Chile rolls down the western face while Argentina occupies the east – the spine of the Andes often demarking the border.

Paso de Jama reaches the highest at 4,831m, but there are several other passes each with their own attractions. These include Paso San Francisco (4,730m) – which rolls by the world’s highest volcano, Ojos de Salado – and the more wild and remote Paso Pircas Negras (4,400m), where I saw just one car during an eight-hour day on the road. Some of the high mountain Passport Control offices are only open in the Argentina/Chile summer (December to March) which means these are the only months it’s permitted to cross there. 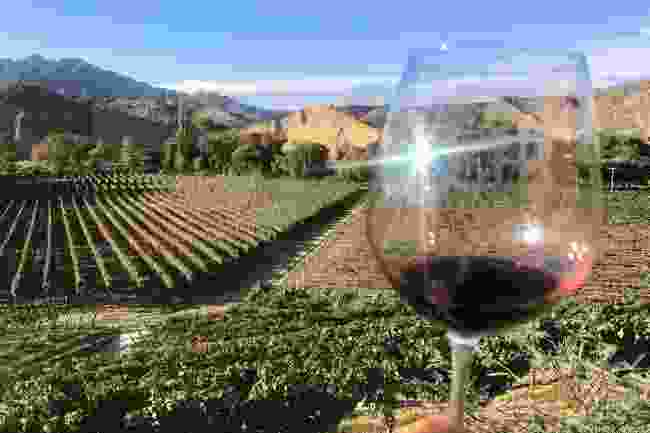 A rest at a vineyard, Argentina (Steve Marks)

A bicycle is the perfect mode of travel for exploring a few vineyards. Nowhere was this truer than in the region 80km south of Cafayate, one of Argentina’s key wine locales. Each of the 15 or so vineyards have large signs mounted at the side of the road advertising their “horas de degustacion” (tasting hours). I stopped at several, receiving a warm reception at each. 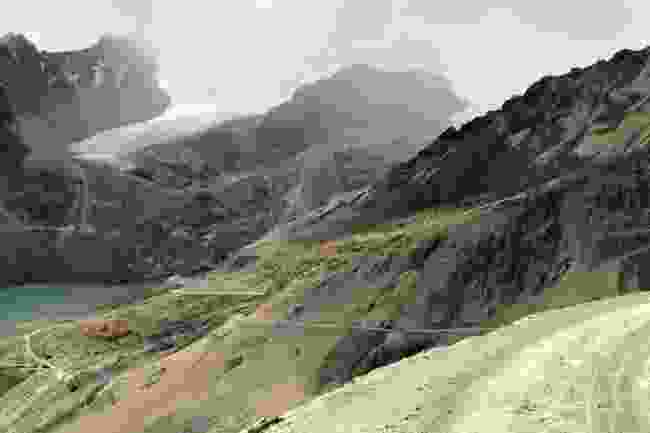 A backroad in Bolivia (Steve Marks)

Although South America has become a popular continent for bicycle tourers with several widely-discussed routes including some of those featured here, there is still something to be gained by embracing some Marco Polo-esque exploration and chasing backroads you know nothing about.

I identified a set of isolated gravel roads between the Bolivian cities of Oruro and La Paz that resulted in an incredible few days with no anticipation of what was coming, which included jaw-dropping glaciers, snowy peaks and vertigo-inducing valleys among villages where the locals expressed their surprise about a gringo (foreigner) passing through. 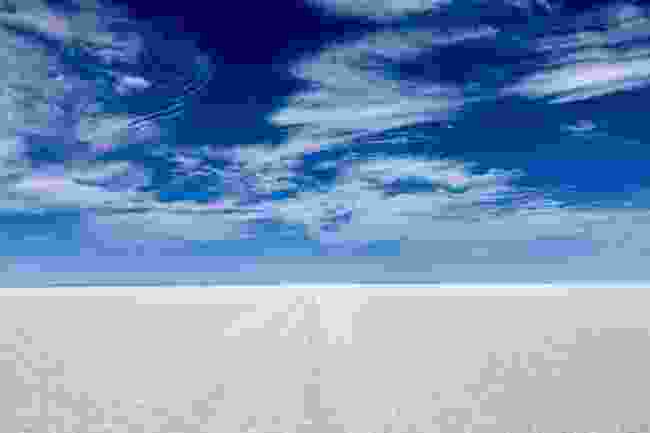 Bolivia’s Salar de Uyuni – the world’s largest salt flat – has a diameter of 160km, making it large enough to be visible to astronauts in NASA’s International Space Station with the naked eye. During the dry season (April to October), it is possible to cycle across the Salar which makes for a surreal and hypnotic experience on what is undoubtedly the number one traveller destination in Bolivia. There is even a cactus-studded rocky “island” in the centre of the Salar with a solar-powered kiosk that serves cold beer! Be sure to give your bike a good rinse once you get out the other side though, especially the chain and cassette. 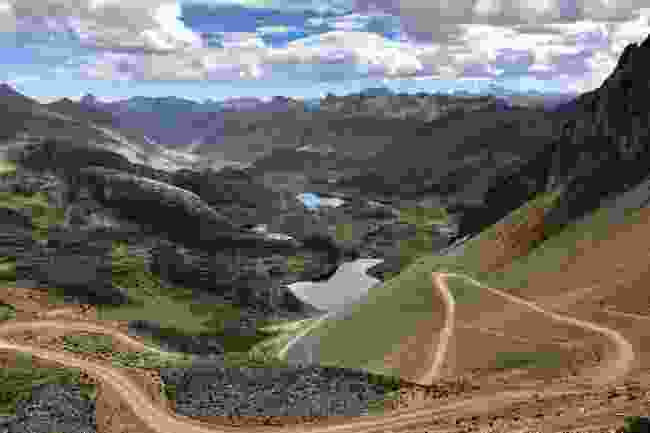 The Peru Divide is one of the most challenging rides in the Andes. Neil and Harriet Pike, authors of Pikes on Bikes and the Adventure Cycle-Touring Handbook sketched out a mountain route almost entirely on gravel backroads running near the spine of Peru’s Andes. Bouncing between 3,000m and 5,000m, the route is made up of huge climbs in some of the most remote parts of Peru, where the villagers speak Quechua as much as Spanish.

Cycling 50km a day is standard – and still a huge effort. But the rewards are epic – there’s nothing like rolling over a 5,000m summit only to realise that the loftiness of your viewpoint is twinned with the realisation that there’s not a living soul as far as the eye can see. 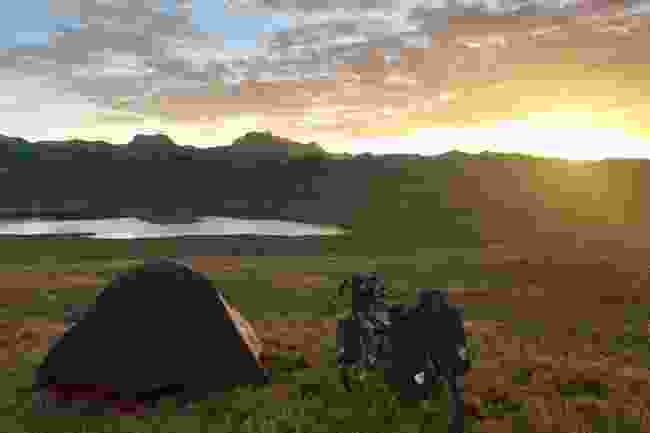 Pitching a tent in the wild for free (Steve Marks)

South America’s relatively low population density means you may have to camp in some places and fill your water bottle at a waterfall – depending on your chosen route, villages with even basic accommodation can be three days’ riding apart. Don’t let some cities’ sketchy reputation put you off – the locals in the country are friendly, engaging and curious to get to know you if they can overcome their initial shyness. I was often invited to pitch my tent next to a house and brought gifts such as homemade cheese or barbecued goat, while in Potongo, a Peruvian village with a population of a few hundred, children taught me to count from one to 10 in the pre-Columbus language of Quechua.

E-mountain biking: What is it? And where should you try it?