Medieval craftsmen often left secret surprises and hidden messages in the cathedrals they built. Author Christopher Somerville shares how to find them and discovers that the devil is in the detail...

These are just a few of the hidden surprises you’ll find in Britain’s national treasures: our wonderful, irreplaceable, tottery cathedrals.

Pay the few pounds they invite as an entrance fee – these cathedrals are worth it, many times over, and they badly need your contributions. Don’t forget your binoculars for the high-up details, and take as much time as you possibly can to explore everything there is to discover... 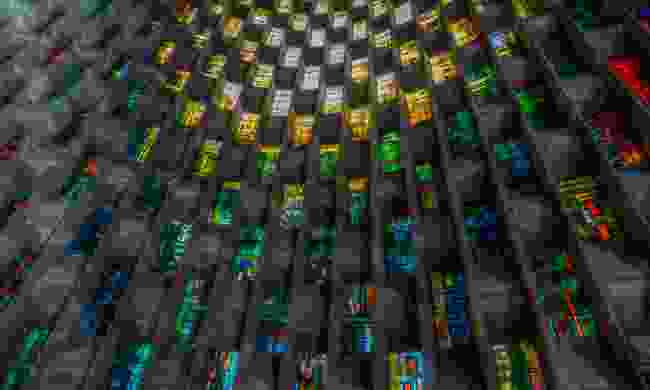 The old medieval cathedral church of Coventry was destroyed in a bombing raid in 1940. After the war a new one rose, phoenix-like, dramatically modern, incorporating the ruins of the old cathedral but as unlike them as possible. Together the twin churches have become a world-famous symbol of suffering, peace and reconciliation. 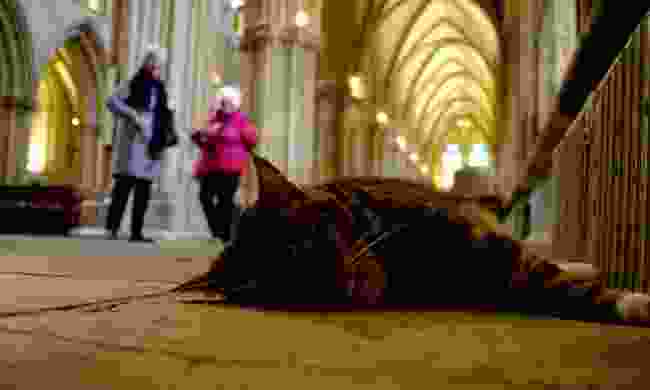 Pangur, the cathedral cat, sleeping next to a radiator (Shutterstock)

The city of Wells at the foot of the Mendip Hills is tiny, and its mighty Gothic cathedral is enormous by contrast. You'll msarvel at the giant west front, packed with rows of statues.

Inside, famously shapely and modern-looking scissor arches, inserted between 1338 and 1348 to hold up the wobbly tower. There’s a bishop who lives in a moated palace, and swans on the moat who ring a bell when they’re hungry. 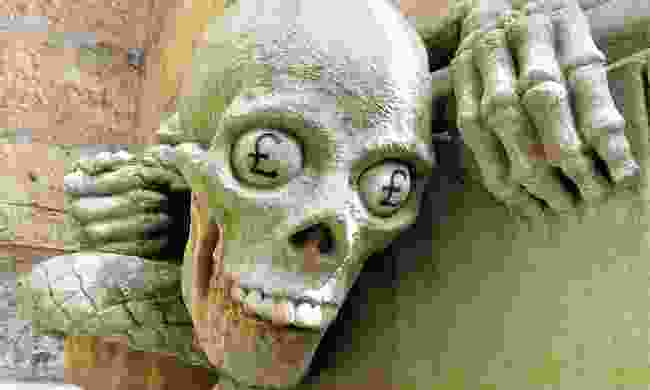 Lincoln Cathedral sails high on its limestone ridge, drawing the eye for 30 miles around. All roads to it are steep and old; all views from close up are breathtaking. 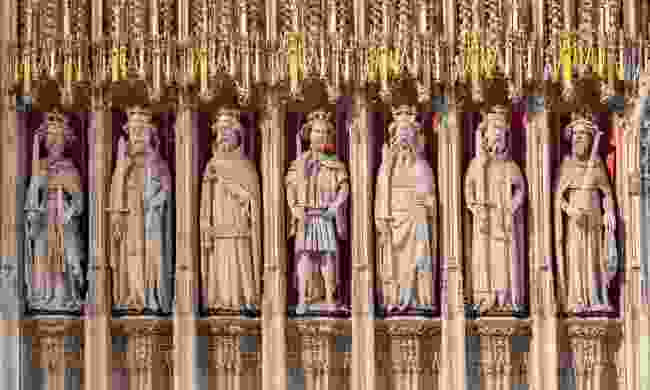 York Minster lies within the famous walls of York, a tight belt of stone drawn round the town 700 years ago. The Minster is superb, an eye-catching stone ship riding the waves of houses and narrow medieval streets. 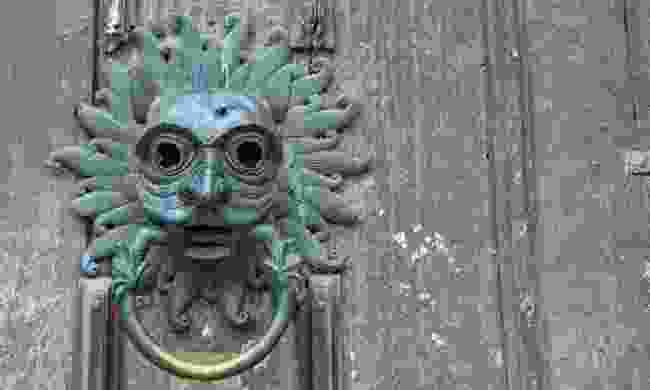 Sanctuary knocker on the door of Durham Cathedral (Shutterstock)

Durham Cathedral is superbly sited on a narrow peninsula over a hairpin bend of the River Wear. This is the Norman cathedral par excellence: solid, heavy, militaristic, a statement of power and permanence in a turbulent border region. We’re here now. We’re in charge. Get used to it. 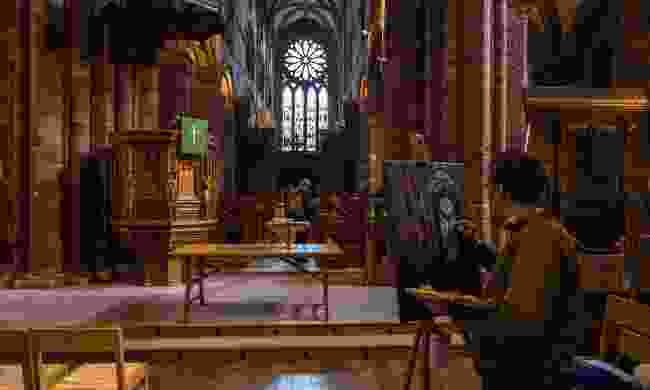 St Magnus Cathedral in Kirkwall lies in the Orkney Isles, out at the edge of things. This is another sandstone cathedral, its red and white stones deeply burrowed by eight centuries of exposure to Orcadian weather. 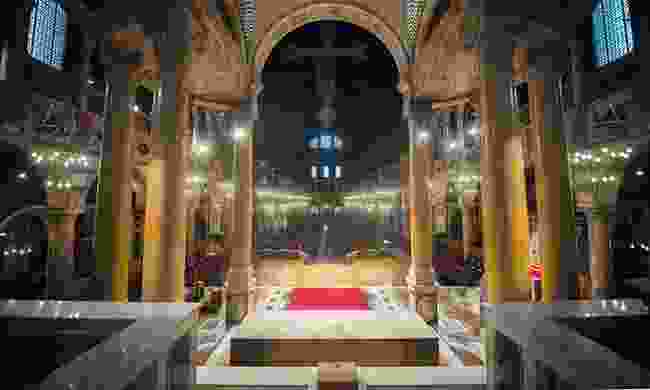 The Roman Catholic cathedral of Westminster, built at the turn of the 20th century, resembles a giant, red-and-white striped railway station or fantastic Byzantine warehouse. Its two-tone interior is stunning to the senses – elaborate and flashy, with gold and marble bling below the balcony, and above that a vault of dark sooty black, mysterious and profound. 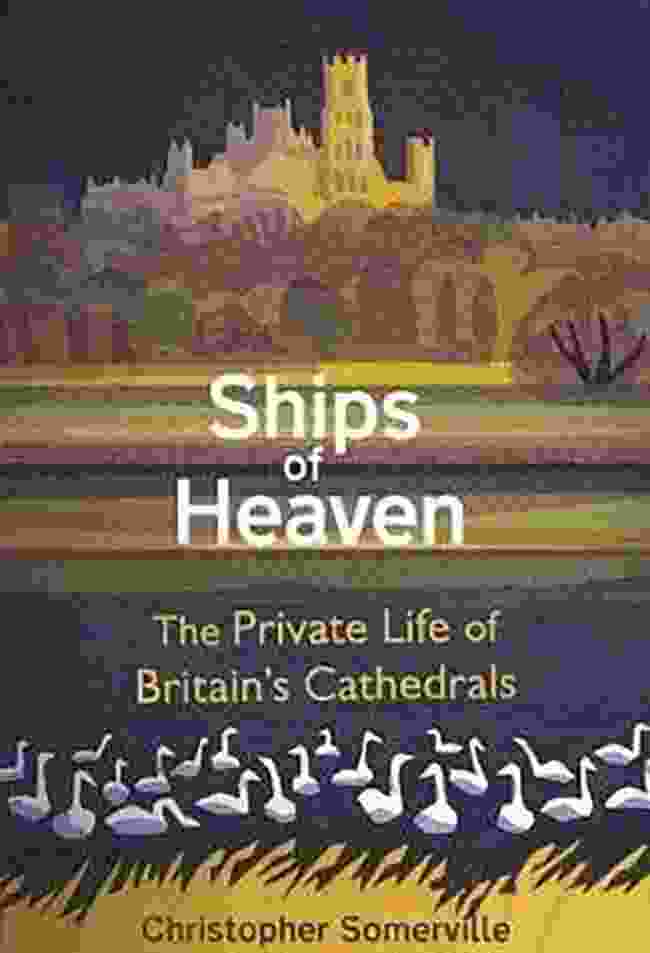 Christopher Sommerville is the author Ships of Heaven – The Private Life of Britain’s Cathedrals, published by Transworld. You can order your copy on Amazon now.