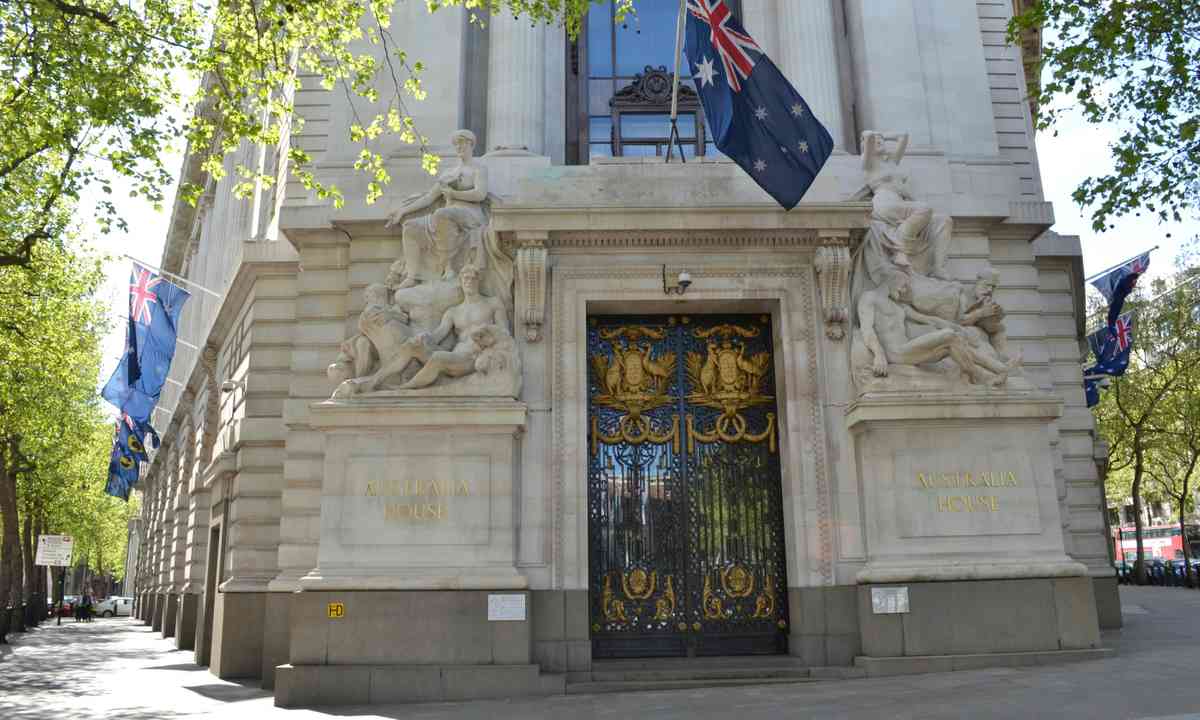 The exterior of Australia House (Dreamstime)

In many ways, the world of wizards is not so different to the real world. You need money to get by, and the only place to get it is from Gringotts, the wizard bank run by goblins.

The interior shots for Gringotts were filmed inside Australia House on the Strand in London. It is normally home to the Australian High Commission so it’s not open to the public but you can look in from the outside. Sadly, there aren’t any Gringott ATMs on the outside walls for withdrawing in the witching hours, either. 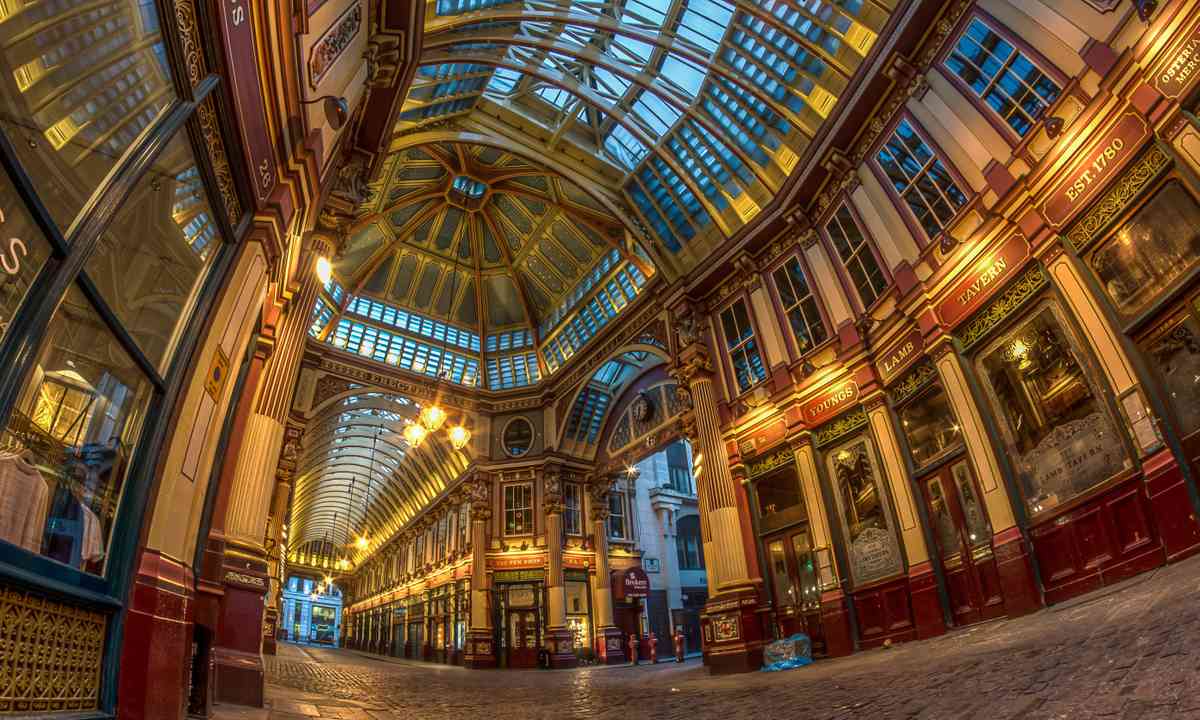 Cashed up after your visit to Gringotts, it’s time to head to Diagon Alley where young wizards can buy everything on their Hogwarts supply list. If you’re lucky, and it’s your birthday, a friendly giant may even buy you a white owl.

Diagon Alley first appears in Harry Potter and the Philosopher's Stone and was filmed in the sumptuous Leadenhall Market. Built in 1881, it is considered London's most beautiful Victorian market. 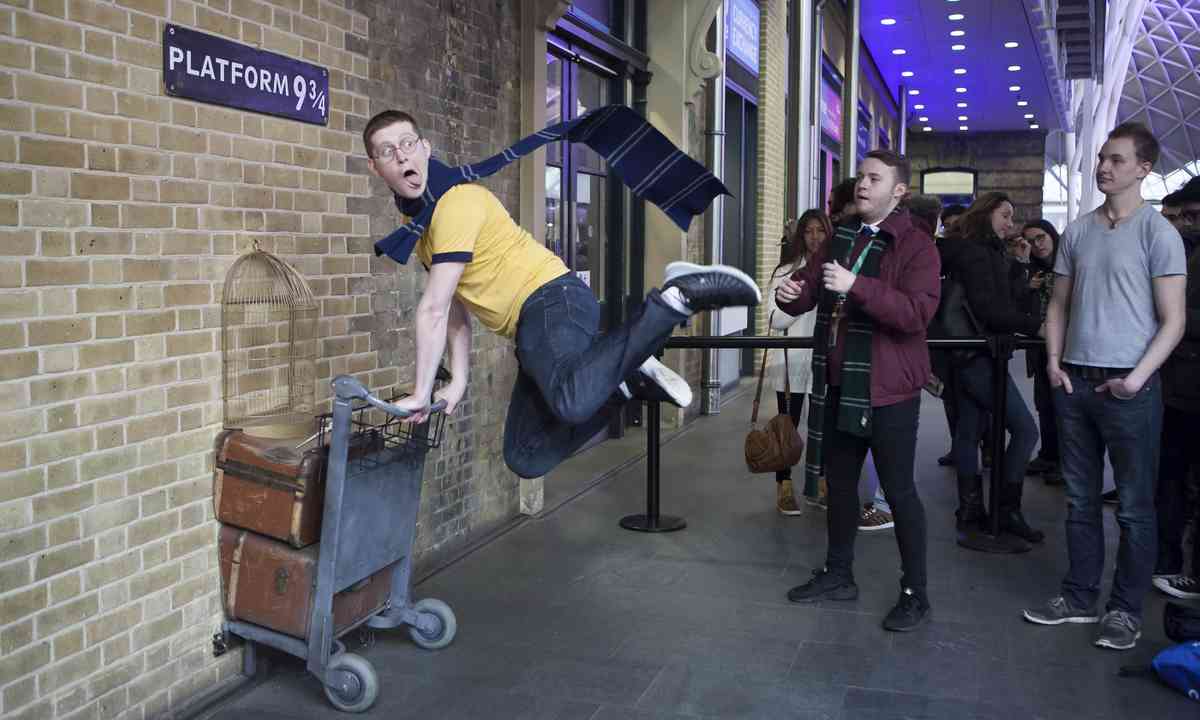 Platform 9¾ at King’s Cross in London is the platform where young wizards board the Hogwarts Express, the scarlet steam train that will take them to their school. It is situated between the Muggle platforms of 9 and 10.

For a long time you could find half a luggage cart disappearing into the wall between the real platforms, 9 and 10, but with the redevelopment of Kings Cross Station, it has been moved into the main shopping concourse. Here Muggles can pose for photos and buy souvenirs from the attached shop to their heart's content. 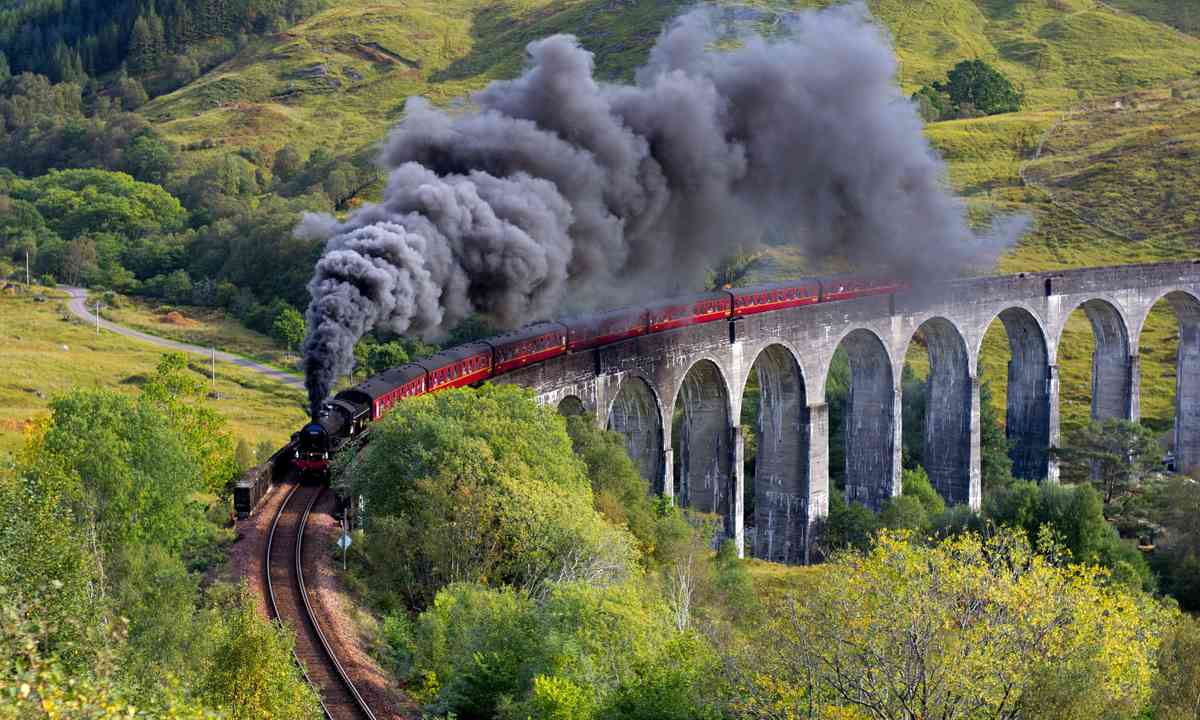 The Hogwarts Express is the name of the steam train that dutifully carries students to and from Hogwarts at the beginning and end of each term.

The good news for Muggles is that the Hogwarts Express is a real train called the Jacobite Steam Train that runs between April and October every year. The bad news is that it departs from Fort William in Scotland, over 500 miles away from Kings Cross.

It’s worth the effort though. The 85-mile journey cuts through some of the most spectacular scenery in Scotland and chugs across the famous Glenfinnan viaduct. 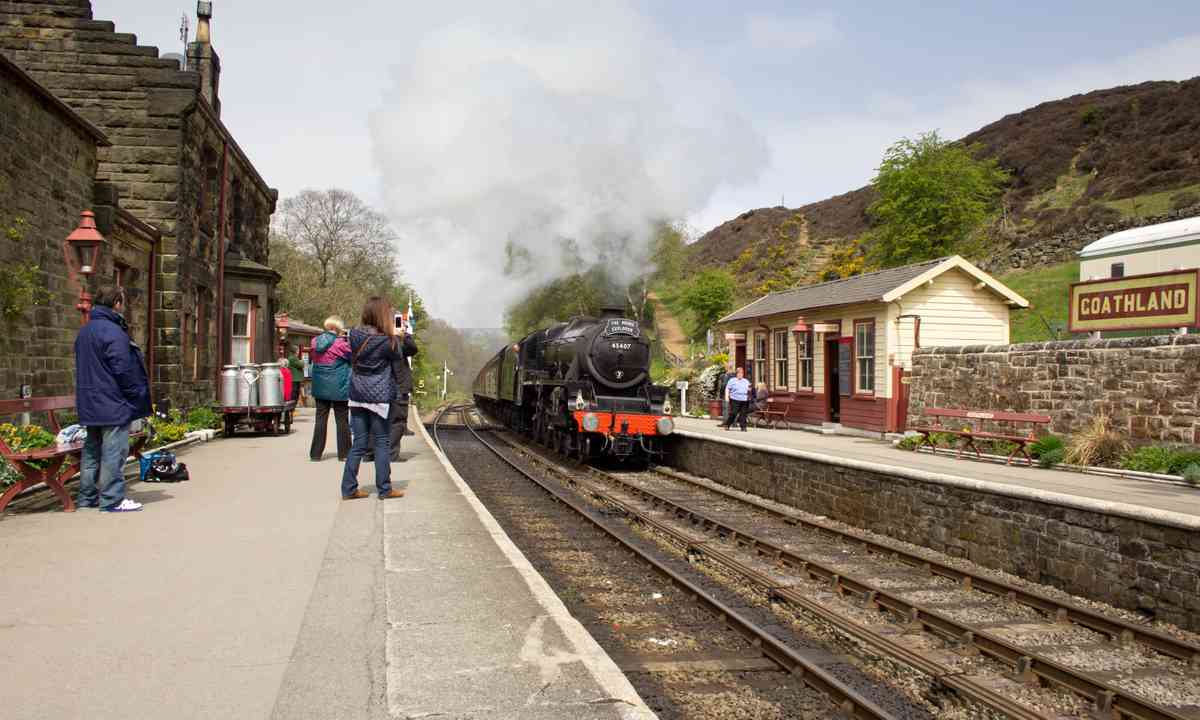 Half term at Goatland (Dreamstime)

Hogsmeade is the railway station that serves both the village of Hogsmeade and Hogwarts school. It is here that young wizards and witches disembark with their assorted luggage and magical animals and make their way around the Black Lake to Hogwarts Castle.

In real life, Hogmeade Station is the equally intriguingly named Goathland Station. Built in 1865 as part of the North Yorkshire Moors Railway, it has changed little over the centuries. It is still in service and can be reached by train from either Whitby or Pickering. 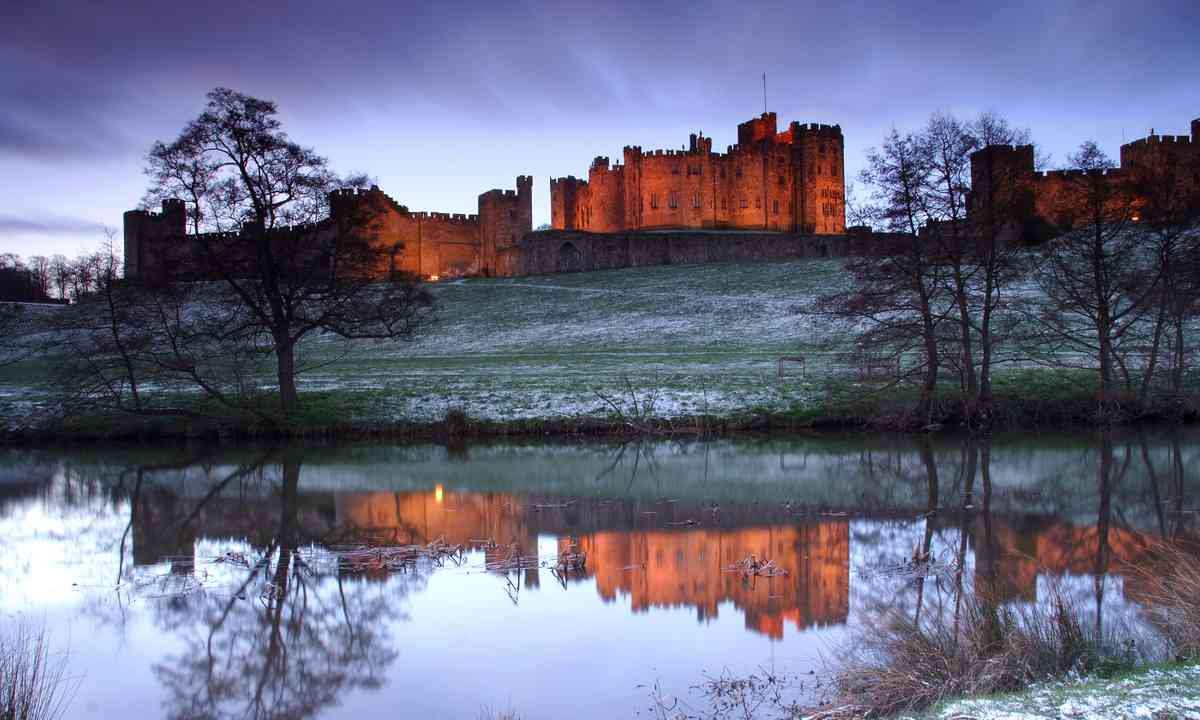 Wondering how Harry and his classmates felt the first time they caught sight of their new school? You can get the same feeling by visiting Alnwick Castle in Northumberland, the place where many of the exterior shots for Hogwarts were filmed.

The castle is the second largest inhabited castle in England after Windsor Castle and has been home to the Dukes of Northumberland for over 700 years. Older Muggles may be interested to know the castle was also used to film episodes of Antiques Roadshow and Flog It! 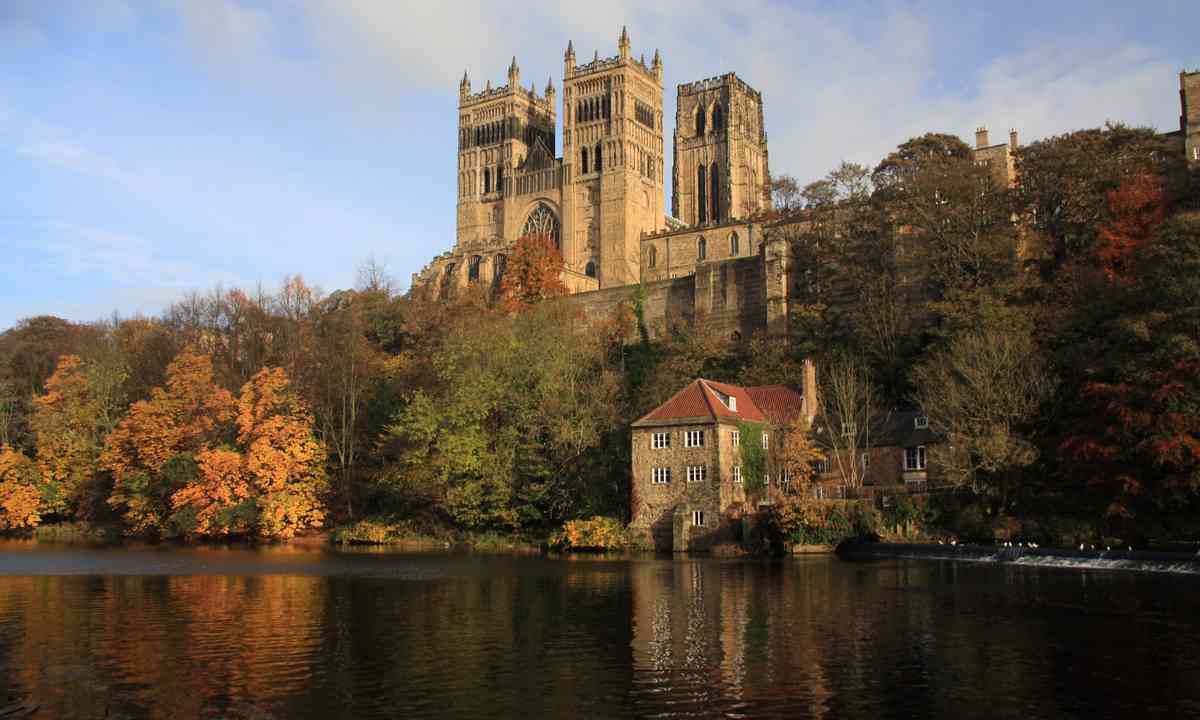 Founded in 1093 and set by the picturesque River Wear, Durham Cathedral has been used to shoot various exterior and interior shots of Hogwarts, including Hogwarts’ famous bell towers (although CGI was used to add spires.)

The cloisters of Durham Cathedral were also used as the location for the Middle Courtyard, or Transfiguration Courtyard, and the entrance to the Headmaster’s Office.

Where: The College, Durham DH1 3EH 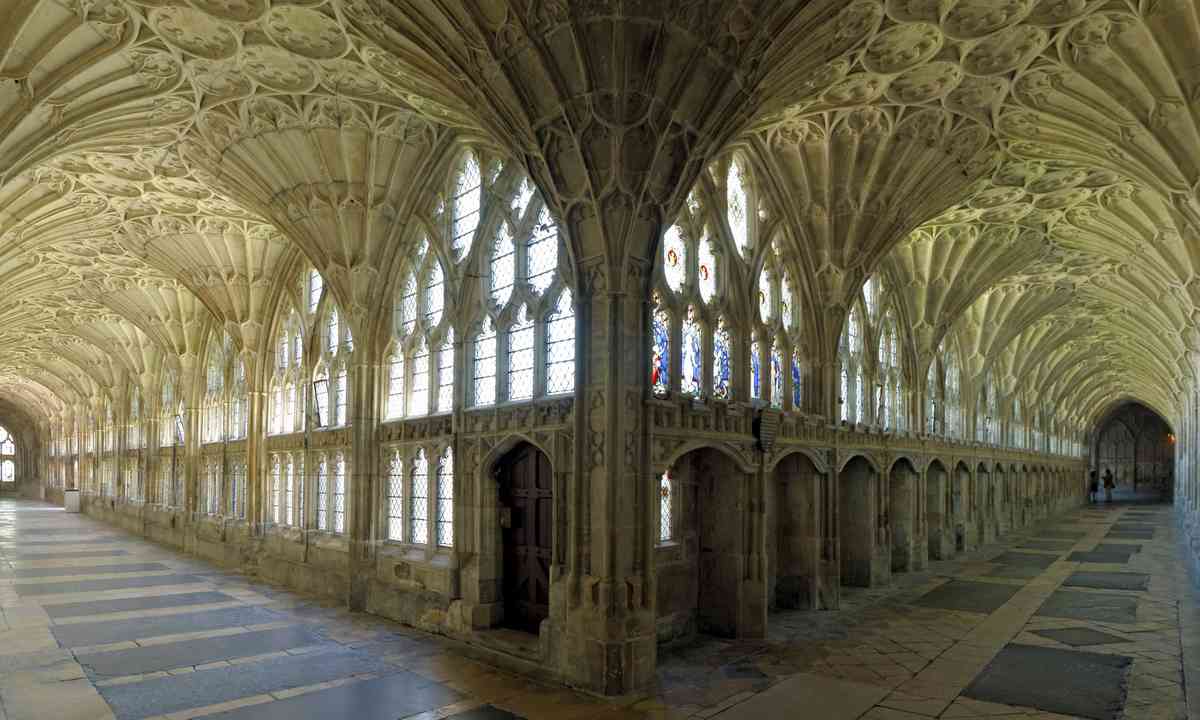 Intricate stonework in the cloisters (Dreamstime)

With their intricate stonework and atmospheric arches, the cloisters in Gloucester Cathedral were the perfect stand-in for the corridors of Hogwarts School of Witchcraft and Wizardry.

One of the most famous scenes shot here was one involving the Fat Lady, a portrait that guards the entrance to Gryffindor Tower. It was filmed at the end of the West Walk. Muggle fathers may also be interested in some of the cathedral’s stain glass windows. Dating back to 1350, they depict some of the earliest evidence of sports such as golf and medieval football. 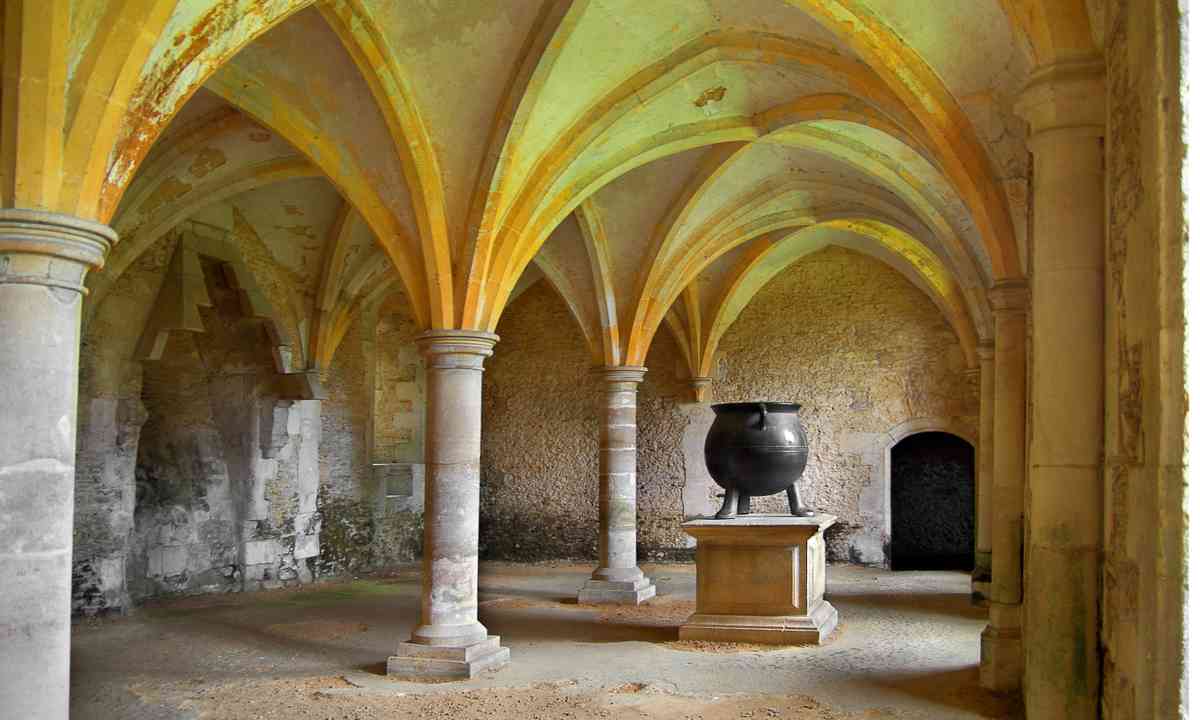 If it’s time to get down to lessons, then it’s time to head to Lacock Abbey in rural Wiltshire.  It is here you’ll find the classroom used for Snape’s lessons on potions as well as the Temporary Defence Against The Dark Arts classroom.

Snape’s potion lessons were filmed in the Sacristy, where the windows were covered to give the impression that the room was underground. The scenes involving the Temporary Defence Against The Dark Arts classroom were shot in the Abbey’s Warming Room. It has a medieval cauldron that was also used in the film. The scenes involving the student’s study room were filmed in the Abbey too.