Guyana is turning 50. Help them celebrate

This year Guyana is celebrating 50 years of independence with a huge party. Here’s how you can join in – either in Guyana or in your own home

This year is a big one for Guyana, right?

Indeed. It’s 50 years since the country gained independence from the UK. It’s something to shout about too. Colonial rule was a brutal period, beginning with Dutch settlement in 1616 before the British wrested control in the late 18th century, merging the fragmented colonies. It wasn’t until 26 May 1966 that it finally declared itself free.

How has it got on since?

Well, it struggled initially, and the 1970s were marred by fraudulent voting, an economic crisis and the well-publicised deaths of 900 American cult followers in ‘the Jonestown massacre’, near Kaituma. But a National Assembly was set up in 1992 to establish free and fair voting, and while the country still strives to make its mark as an independent nation, things have got better.

So how is Guyana celebrating?

By splashing out! The government has budgeted 300m GYD [£1m] for the monthlong festivities. During May, festivals celebrating Guyana’s arts scene will be held across the country. The jubilee will also culminate in a huge parade on 26 May in which 50 floats will snake their way through the streets of capital Georgetown.

The festivities aren’t limited to Guyana. In New York, thanks to the US’s large Guyanese diaspora, a big carnival, football tournament and more will be held between June 4 and 12 (celebrateguyana50thinnyc.com). 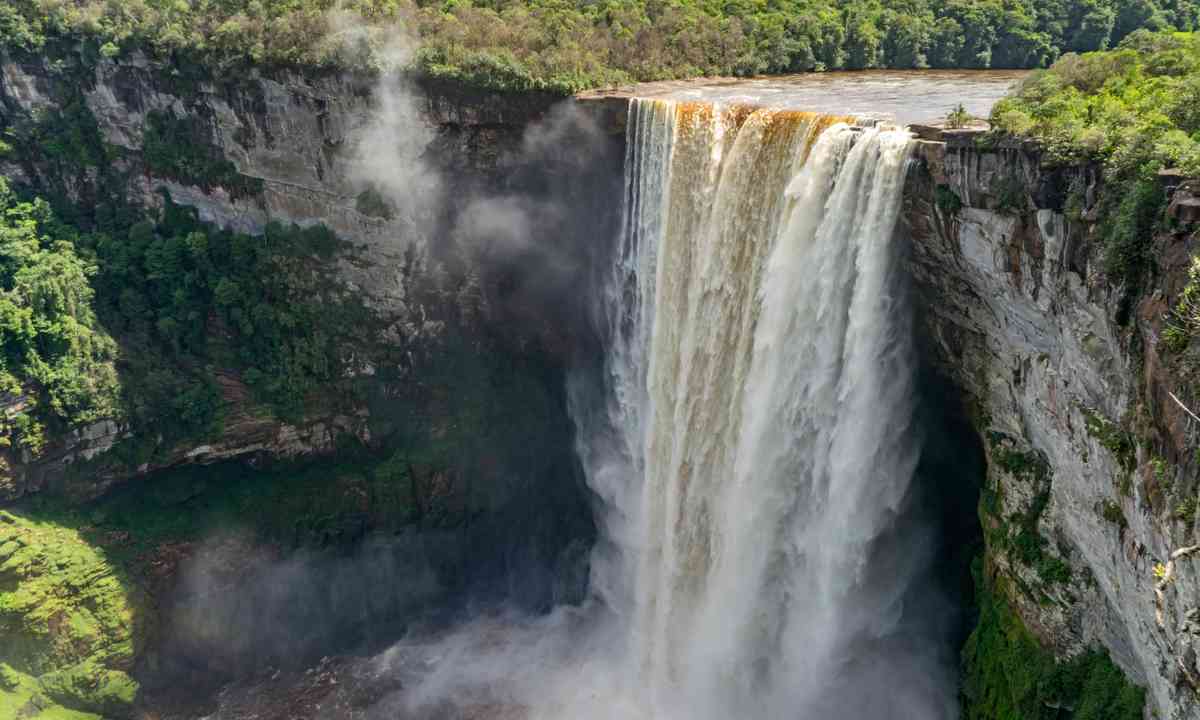 What else should I see in Guyana?

Despite not being an island, Guyana is part of the Caribbean and has a similar architectural legacy. Georgetown is home to several iconic buildings: the wooden whitewashed duo of St George’s Cathedral and its City Hall, as well as the Stabroek Market, with its corrugated-iron clock tower.

Escape the cities for Kaieteur National Park – its single-drop waterfall is one of the world’s widest – while the Iwokrama Forest is among the last remaining intact tropical forests on Earth. And for wildlife, the stunning Kanuku Mountains sustain 150 species of mammal including the giant otter and harpy eagle.

How can I celebrate at home?

Hire a steel drum band and throw a party! Cuisine in Guyana is a mixture of West Indian, Portuguese and Indian. There are also reminders of the days of British rule with sausage rolls, cake, and fish and chips. Popular dishes include chicken curry, roti (flat bread), chicken-en-de-ruff, cookup rice (rice cooked with coconut milk and whatever else is going) and black pudding. Fried fish (particularly Bangor Mary) is also popular.

The Guyanese are partial to dark rum, often drunk with lime. The local beer, Banks, is also popular but is quite malty to the European palate.

Everything you need to know about Guyana

Find a trip in Guyana