Newfoundland's capital is a colourful, cultural, historical hub, buzzing with live music and fine food - and it's only a short hop from the UK

“Where is Jellybean Row?” is one of the most common questions asked by visitors to St John’s, who've seen photos of a line of brightly coloured townhouses. But driving into St John’s from the airport, you soon realise that there are actually hundreds, nay thousands, of colourful clapboard buildings. And, regardless of one of St John’s infamous sea fogs, your spirits rise.

There are many stories about why the houses were painted like this. What is usually agreed on is that most buildings in the core of the city were fairly grim-looking after being thrown up quickly after the Great Fire of 1892, which razed the city. Once a sample block was painted in bright colours in the 1970s the idea spread. Now the whole area is a Heritage Conservation Area.

St John’s wears its heritage proudly. It’s claimed by some to be the oldest city in Canada. In 1583, Sir Humphrey Gilbert claimed the area as England’s first overseas colony. It became a centre for the fishing fleets that came for cod, caught in vast numbers off Newfoundland’s east coast. 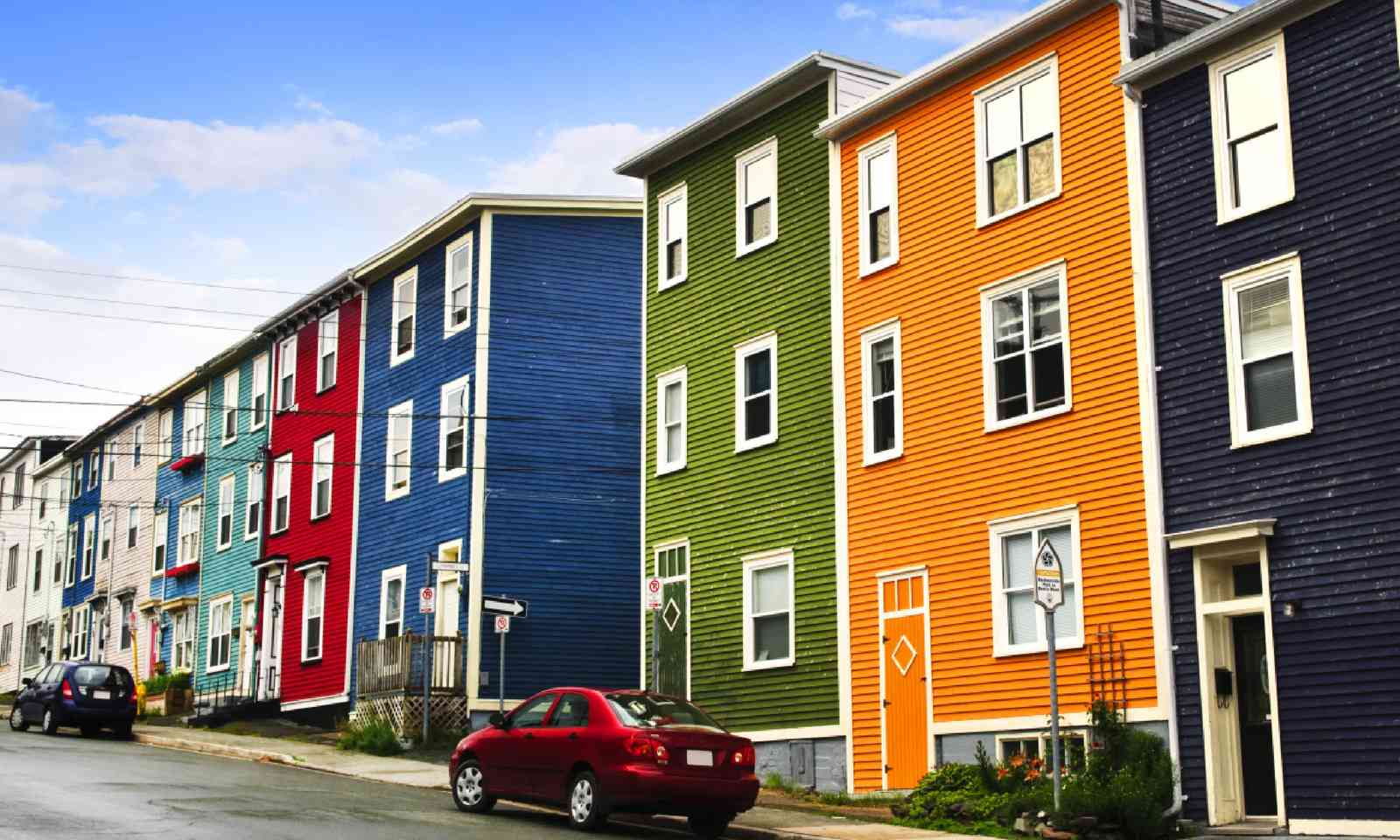 Water Street, in the heart of downtown, is believed to be the oldest street in North America, and today people still come for the cod, and for the lobster and moose too. St John’s has an exciting foodie scene that defies it size, and makes use of Newfoundland’s superb seafood, berries and wild produce.

For those who like a tipple, there are plenty of bars too. Not a surprise when you realise that many of the Newfies descend from Irish or English West Country stock. Indeed, it can be disorientating to hear a soft Irish lilt. Oh, and if you are visiting on 24 May you can help the locals celebrate Queen Victoria’s birthday.

Visit in the summer and icebergs and whales might be passing by. But visit anytime of year, and you will find a beguiling mix of North America meets Europe, pioneering outpost meets vibrant modern culture. And the soundtrack might be a local Celtic-influenced group or the mournful moan of a foghorn. 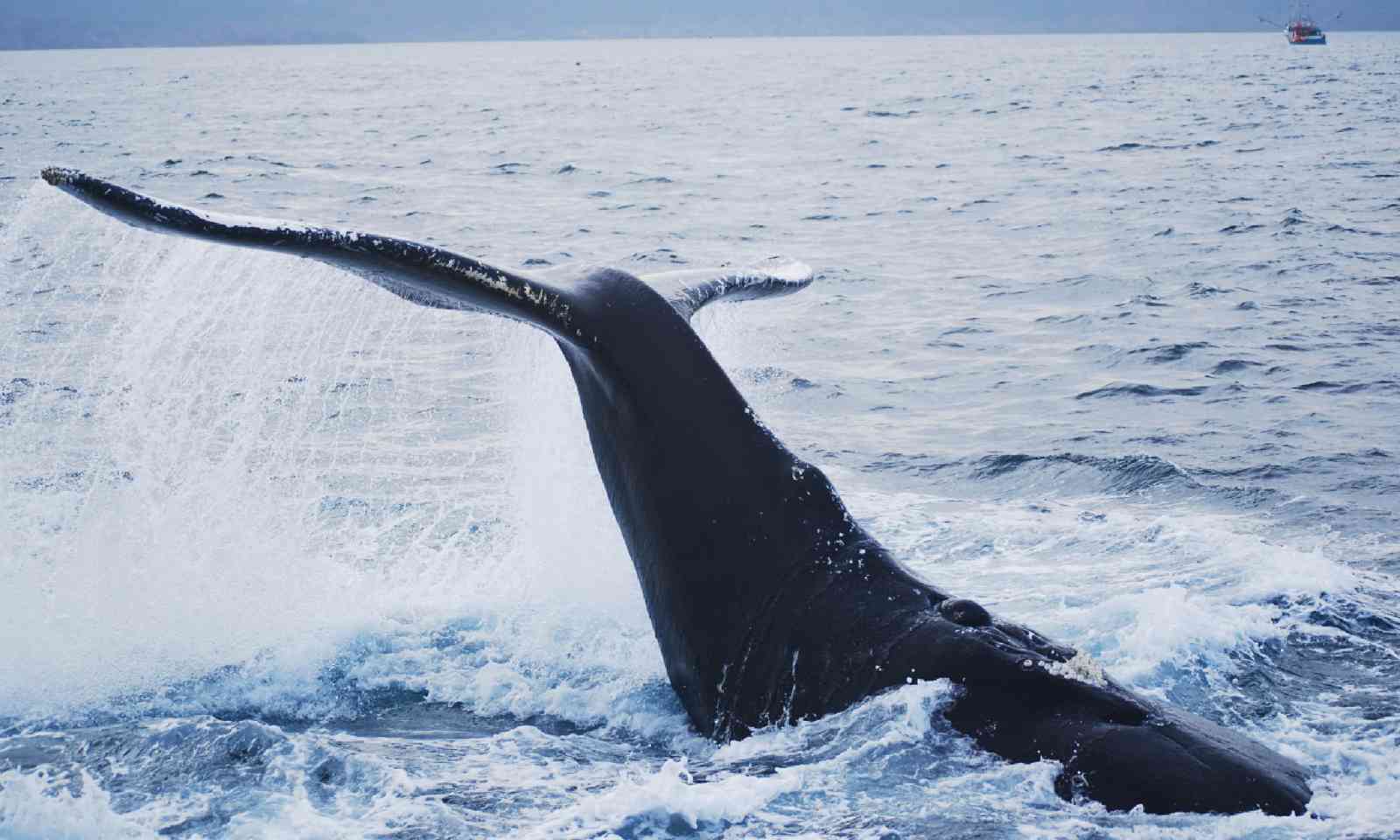 St John's International Airport  is less than 10km from downtown. Direct flights from the UK take 5.5 hours. There is a visitor info centre in Arrivals.

There are car rental companies and a taxi rank. Taxis have set rates for transfers to hotels and B&Bs, from C$12.50 (£6).

Ferries operate from Nova Scotia to Argentia, 130km from St John’s (summer) and to Port aux Basques in southwestern Newfoundland (year round). 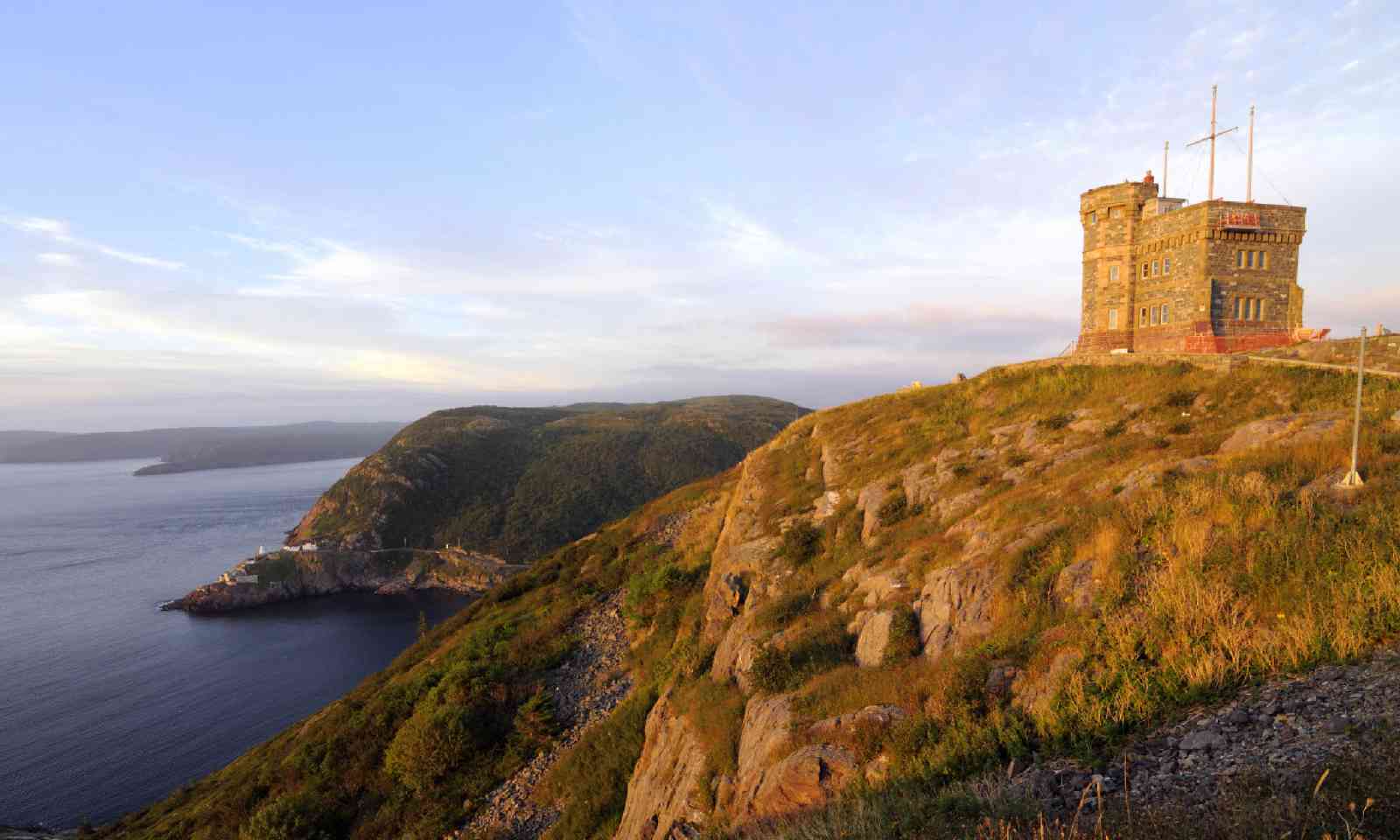 Health issues: No major health concerns. Take out comprehensive travel insurance. Weather is changeable and the sea unpredictable (be careful on coastal rocks). Watch out for moose on the roads if you’re driving.
Web resource: destinationstjohns.com; newfoundlandlabrador.com
Climate: Newfoundland has a maritime climate, with relatively mild winters for Canada. The average summer temperature is 16°C. Expect rain and fog at any time. The end of May to early July is the best time for spotting icebergs.

Stretch your legs with a hike along the Outer Battery up to Signal Hill which has scenic views of the city and harbour. The French surrendered St John’s to the British here in 1762. This is also the location where Marconi received the first wireless message in 1901.

If you’re feeling energetic, walk from here to gorgeous little Quidi Vidi village. Tour the brewery and pick up samples of Iceberg beer. You can brunch at one of the oldest wooden buildings in North America, Mallard Cottage. On Sundays, while away the afternoon listening to live music. 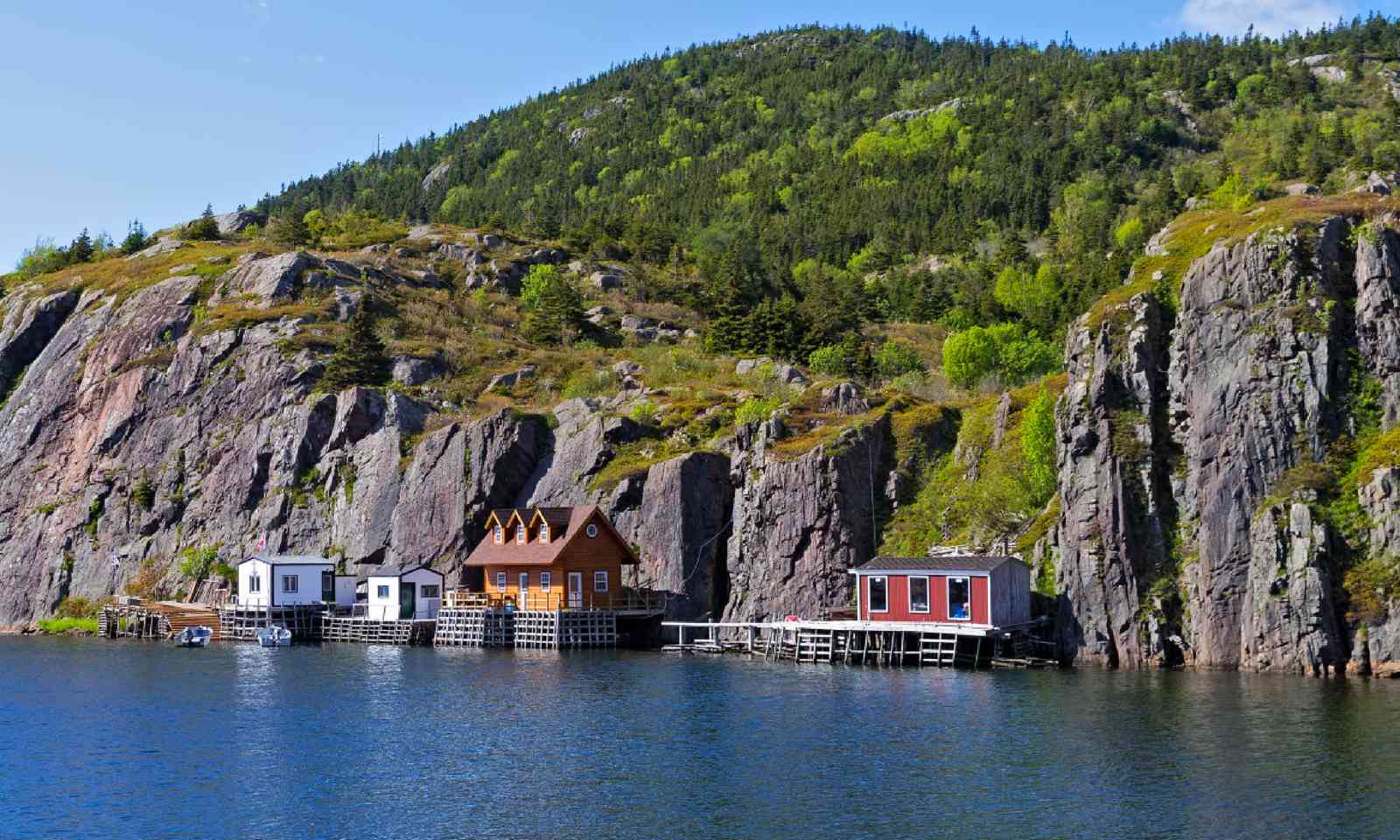 If the weather is poor, then head to The Rooms, an excellent museum with some of the city’s best views. Otherwise, drive or take a tour out to Cape Spear, the easternmost point in North America, with its 19th-century lighthouse, war bunkers and – if you’re lucky – icebergs and whales.

Back in town, stroll Water Street and slake your thirst at the Yellowbelly Brewery. You’re spoiled when it comes to restaurants. Book in advance for Raymonds; alternatives include its funkier sibling, Merchant House, and Saltwater for excellent seafood. Finish on George Street, which claims to have the most bars per square foot in North America.

Top end: The new and effortlessly cool Jag combines a rock-music theme in the public areas with classy cream rooms and a great location. Some rooms have a water view. High-season doubles from C$249 (£120).
Mid-range: The small and funky Blue on Water is located at the heart of historic Water Street. It has 11 boutique rooms, plus a separate private loft apartment. There’s also an award-winning restaurant and a friendly bar, where you check-in. High-season doubles from C$199 (£95).
Budget: St John’s is blessed with a huge range of characterful B&Bs. While the Rendell-Shea Manor might not be the cheapest, it is one of the most charming, unique and historic – it’s located in the only building on its block to survive the Great Fire of 1892, and each room has distinctive decor. High-season doubles from C$169 (£80).

St John’s is worth another day or two, and can be used as a base for exploring the Avalon Peninsula. Drive south along the Irish Loop to Cape Broyle for sea kayaking. 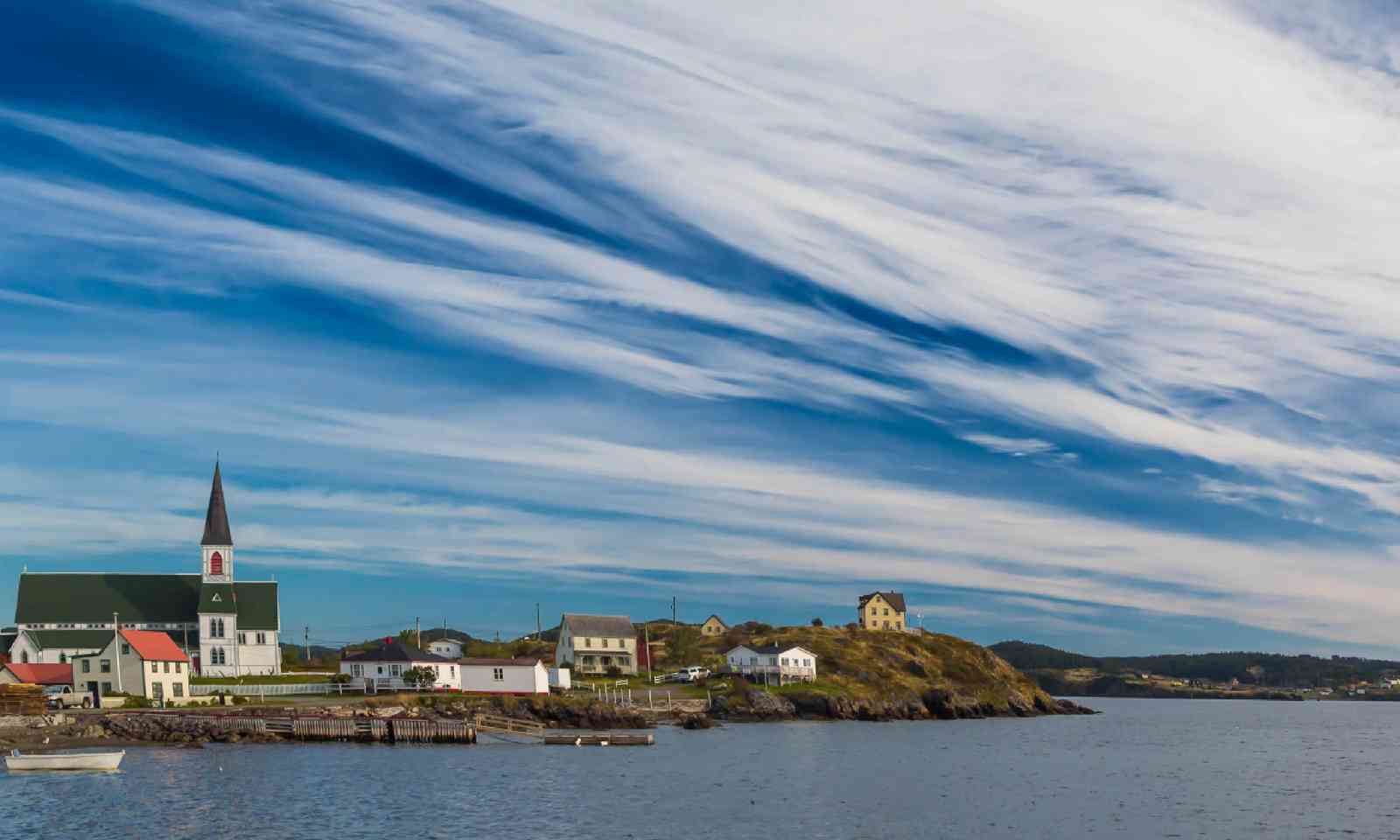 Coastline along the Bonavista Peninsula (Shutterstock)

Otherwise, take the near-empty roads to explore more of this huge island. On the Bonavista Peninsula, step back in time in historic Trinity. From here you can explore the coast, learning about local history with Rugged Beauty Boat Tours. In
season (Jun-Aug), go whalewatching with Sea of Whales or enjoy a production at the Rising Tide Theatre.

Further afield, Fogo Island is the largest of the offshore islands, and has an award-winning hotel that has become a destination in its own right. In the east, Gros Morne National Park is a Unesco World Heritage site, known for its mountains and geological formations that date back millions of years.