Often squeezed into an overnight stop on a self-drive tour of Iceland’s Ring Road, the East makes a superb short break destination in its own right. With five days to lavish on the little-visited Austurland region, you can not only dawdle through the breathtaking East Fjords, but also spend time hiking in the mountains of Borgarfjörður Eystri and exploring the waterfalls, canyons and dormant volcanoes of the island’s rugged interior.

East Iceland’s main hub, the modern town of Egilsstaðir lies in a broad valley near the northern tip of Lagarfljót. Rumours of a serpent-like monster, known as the Wyrm, have been floating around this glacial lake since 1345, but the 740-hectare birchwood of Hallormsstaðaskógur seems just as fanciful as you drive along the lake’s southern shore.

While forests are a rarity in Iceland, waterfalls appear around every corner. One of the country’s tallest, 128m Hengifoss plunges over humbug-striped cliffs of black basalt and red clay at the threshold of the Highlands. Delve deeper into the interior and you’ll discover more cascades at Laugarfell, as well as hot springs and the 1,833m trekking peak of Snæfell, King of the Mountains. A short distance from the new hydroelectric dam at Kárahnjúkar, the Jökla River has gouged out the 200m-deep, 8km-long Hafrahvammagljúfur canyon. When the dam was commissioned, river levels dropped, revealing extraordinary basalt columns in Stuðlagil canyon, further downstream.

These are just some of the natural wonders to be found on routes west of Egilsstaðir. Head north, east or south from town and you’ll reach the coast where the East Fjords boast some of Austurland’s most sublime scenery. From Neskaupstaður in the north, a head-spinning drive hugs the coast, meandering between mountain and sea and joining the dots between fishing communities all the way south to Djúpivogur. Another road snakes over a mountain pass before unravelling past waterfalls to reach Seyðisfjörður with its elegant clapboard houses and thriving arts scene.

Drive north, meanwhile, and you’ll reach Borgarfjörður Eystri – prime walking country and a top spot for puffin-watching during summer. The coast and mountains here are riddled with hiking trails – tiptoe to Álfaborg (home to the queen of the Icelandic elves), make tracks for the deserted bay at Brúnavik or climb high into the mountains of Dyrfjöll, where reindeer graze and trolls hunker down among jumbled boulders. 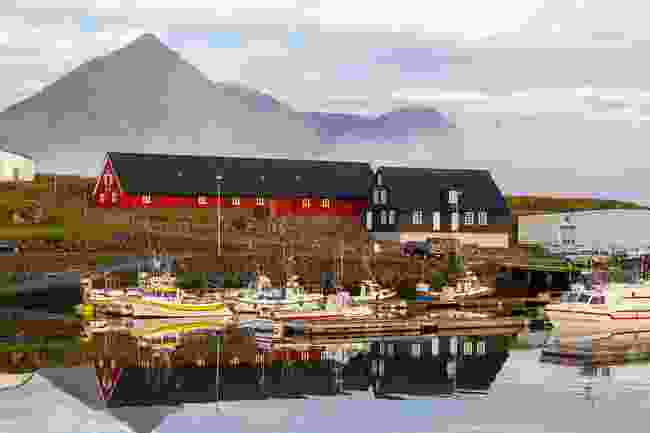 From Egilsstaðir, drive east over Fjarðarheiði pass, stopping to hike the short trail to Fardagafoss waterfall before reaching Seyðisfjörður. Stroll along colourful Rainbow Street to the Blue Church and visit the Skaftfell Centre for Visual Art.

After an early start from Egilsstaðir, stop for breakfast at Móðir Jörð organic farm in Vallanes before driving through Iceland’s largest forest and hiking to the base of Hengifoss waterfall. Visit the Wilderness Centre at Snæfellsstofa and relax in the geothermal pool at Laugerfell with views of snow-capped Snæfell. A surfaced road continues to Kárahnjúkar Dam, but to complete the loop back to Egilsstaðir (via Stuðlagil canyon) you will need to use the F910 mountain road – only open in summer. 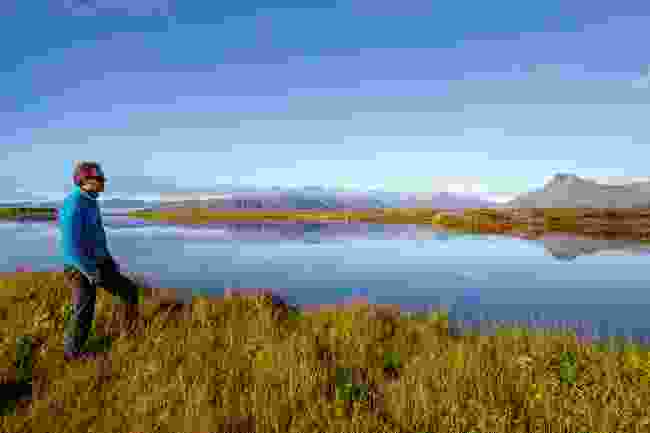 It’s a 70km drive from Egilsstaðir to this northernmost village in the East Fjords. Push on for another 5km to reach the harbour at Hafnarhólmi for intimate views of nesting puffins (May to July), then head to the jagged Dyrfjöll mountains inland. Don’t miss the 4–5hr hike from Borgarfjörður Eystri to Stórurð.

Follow Route 1 south from Egilsstaðir to Reyðarfjörður. A detour west along Route 92 leads to Neskaupstaður where you can go whale-watching and visit a museum dedicated to wildlife, maritime heritage and modernist art. Drive south-east from Reyðarfjörður to Fáskrúðsfjörður, from where the road follows the coast to Stöðvarfjördur (home to the impressive rock collection of Petra Sveinsdóttir) and Breiðdalsvík – a tiny fishing village which leads to spectacular Breiðdalur valley. Continue south, hugging the coast, to reach Djúpivogur, before looping back to Egilsstaðir. 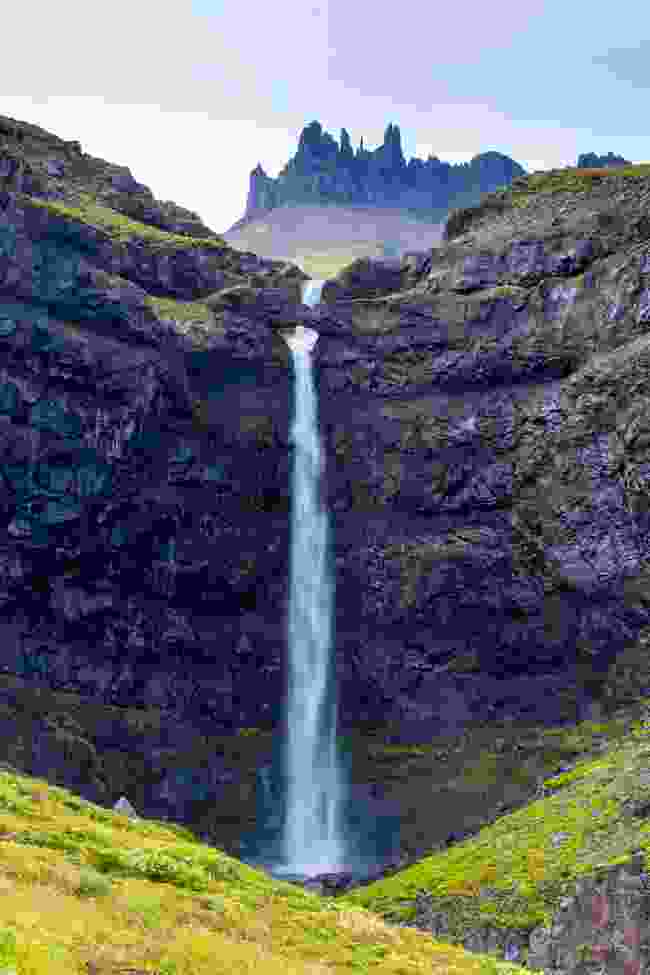 The 1,069m pyramid-shaped peak of Búlandstindur looms over this peaceful fishing village in the East Fjords. After perusing the 34 stone sculptures of giant bird’s eggs at Gleðivík (created in honour of the 34 species that nest in the area), take a puffin-watching boat trip to Papey Island and explore the black-sand beaches and wetlands near the village.

Crest the pass into Breiðdalur, a long, broad valley braided with rivers and framed by 1,000m-tall basalt ramparts. Trek (by foot or on horseback) to the 60m-tall plume of Flögufoss, try your luck at fly fishing and wander the black-sand beaches near the fishing town of Breiðdalsvík.

For a few months over summer, a steep and narrow gravel track provides access to this remote and beautiful 18km-long inlet. Hike to the multi-tiered waterfall of Klifbrekkufossar and explore the Priest’s Ravine (which takes its name from a local folktale) before reaching the two lonely lighthouses of Dalatangi (one basalt, one bright yellow). With a year-round population of just 14, the fjord’s only settlement has a small guesthouse where you can pop in for coffee and cake.

Dating from the boom years of the herring fishery in the late 19th century, this beautifully preserved building is part museum, part restaurant. Built by Norwegian Peter Randulff in 1890, the timber time-capsule is crammed with maritime memorabilia. Local delicacies include pickled shark and pan-fried puffin, washed down by throat-stripping Brennivín. randulffssjohus.is

Iceland’s ‘French Town’ was home to around 4,000 French fishermen from the mid-19th century until the First World War. A fascinating museum in the former French Hospital and Doctor’s House recounts their challenging lives as they plied Icelandic waters in search of cod. visitfjardabyggd.is

Hofsárdalur Located in the north of Austurland, Bustarfell is one of the oldest and best-preserved turf-roof houses in Iceland. Dating from at least 1532, when it was bought by Árni Brandsson and his wife Úlfheiður, the red-gabled buildings chart the history of farming in East Iceland. visitvopnafjordur.com

7 things to do in Iceland in the rain 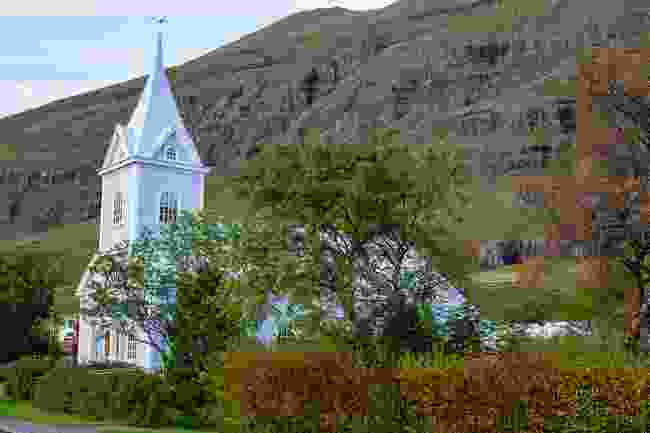 Top things to do in East Iceland

Hike from Borgarfjörður Eystri to Stórurð. This moderately strenuous 4–5hr trek leads to a hidden valley in the Dyrfjöll mountains. Here jade-coloured lakes are littered with boulders – the aftermath of a troll’s tantrum or a colossal Ice Age rockslide? – and is the stomping ground for East Iceland’s (introduced) reindeer.

Drive by superjeep to the north-east edge of the vast Vatnajökull icecap, where geothermal activity in the Kverkfjöll mountains has created deep ice caves. A day-long 4WD safari from Egilsstaðir crosses an austere landscape of ash fields, canyons and rivers. jeeptours.is

Climb Snæfell, Iceland’s tallest freestanding mountain, which stands on the edge of the Highlands, an hour’s drive from Egilsstaðir. It’s a tough but non-technical climb to reach its 1,833m summit. Set off from Snæfellsskáli Hut for the 7hr expedition; reward yourself afterwards with a soak in the Laugarfell hot springs.

Trek by horseback in Norðfjörður, setting out from a family farm in the East Fjords. Follow trails to waterfalls, splash through rivers and try the special fifth gait (known as tolt) of the stocky Icelandic horse. Suitable for novice to experienced riders, tours last from an hour to a day and saddle bag and helmet. skorrahestar.is 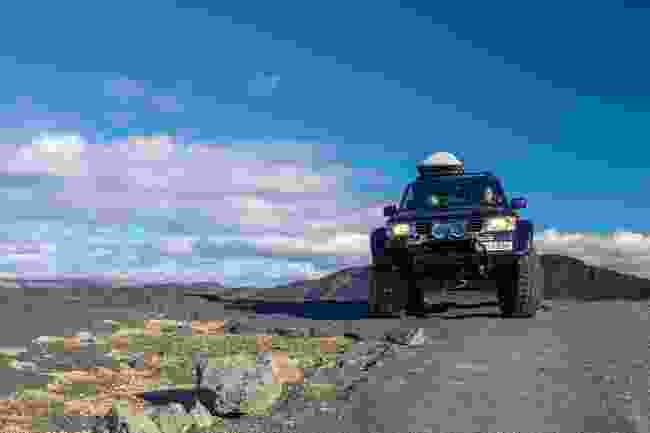 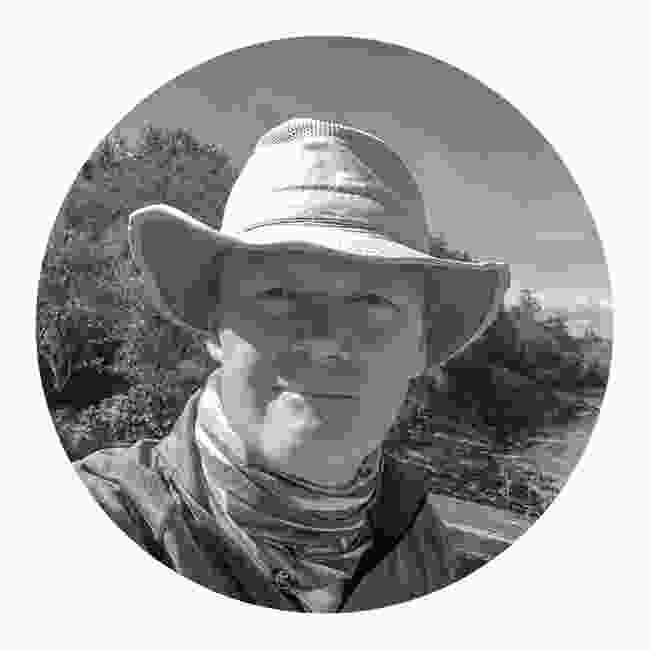 Bring your binoculars – the East Fjords are a top spot for birdwatching. Puffins steal the show at Borgarfjörður Eystri, but focus on Djúpivogur and you can not only see everyone’s favourite seabird (with around 30,000 pairs of puffins on Papey Island), but a whole lot more besides. Eider, scoter and other sea ducks shelter on Berufjörður to the north of the village, while the ponds and marshes of the nearby Bulandsnes peninsula attract waders, geese and swans.

Places to stay in East Iceland

Hotel Bláfell
Log cabin-style hotel with 39 rooms, cosy lounge with fireplace and library, and a restaurant specialising in local seafood and lamb. breiddalsvik.is

Gistihúsið – Lake Hotel Egilsstaðir
Family-run property on the banks of the Lagarfljót with a spa and restaurant serving fresh, local produce. Choose from rooms in the older part of the hotel, with antique furnishings, or contemporary accommodation in the new wing. lakehotel.is

Hotel Aldan
Three historic houses with elegant rooms and a restaurant renowned for some of Iceland’s best sushi. hotelaldan.is 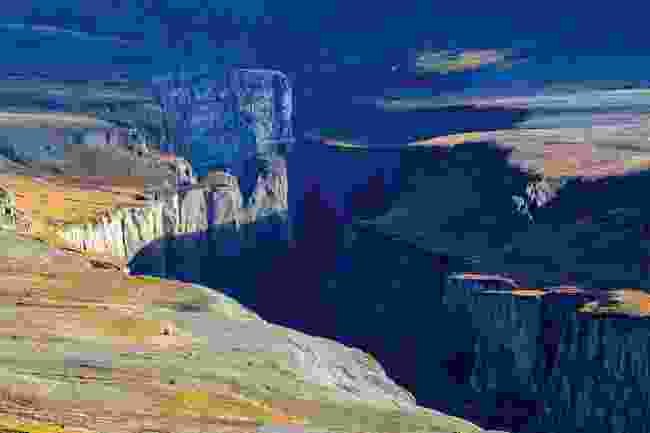 Getting there: There are regular flights from the UK to Keflavík International Airport, a 45-minute transfer from Reykjavík. Icelandair (icelandair.com) operates daily 1hr flights from Reykjavík’s City Airport to Egilsstaðir. Seyðisfjörður is a port of call on the MS Norröna’s Denmark–Faroes–East Iceland route operated (smyrilline.com).

Getting around: Self-drive is the most popular way to explore the region – major car rental firms are based at Egilsstaðir airport. You will need a 4WD vehicle to tackle Highland tracks – or book a superjeep safari (jeeptours.is). SV-Aust buses (austurfrett.is) connect the main towns and villages.

Weather: Come prepared for all extremes, with plenty of layers, waterproofs and good hiking shoes.
Hiking tours: Discover the World (discover-the-world.com) offers a six-night In the Footsteps of the Elves small-group guided walking holiday, based in Borgarfjörður Eystri.

Adventures in East Iceland: Is this the new Golden Circle?

11 best things to do in Iceland