Want to travel to a ‘green list’ country? Whether you're keen to cycle in Portugal, walk in the Azores, see Iceland’s volcanoes or do a dolphin safari in Madeira, Sarah Riches has a trip for you

1. Experience rural life on a bike in Portugal 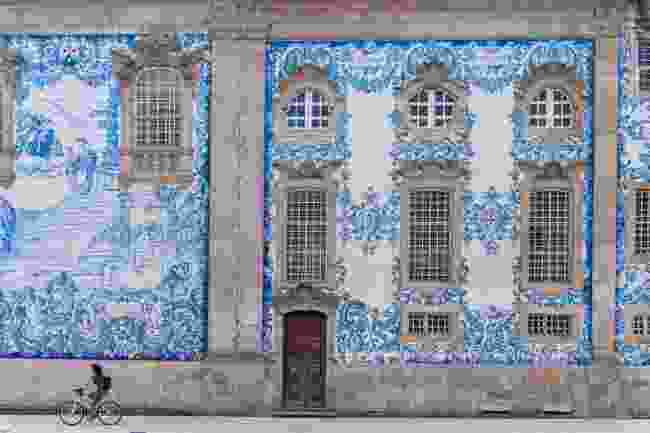 Escape the crowds of southern Portugal on a Cycling in Portugal: From the Mountains to the Sea trip, and explore the Minho region in the north west instead.

The trip follows the Minho river – which forms a natural border with Spain – as it winds its way towards the Atlantic coast.

With mountains all around you, you’ll cycle around vineyards and through villages and historic towns, staying in authentic accommodation and enjoying regional cuisine cooked by locals.

The ride won’t be all hard work though, as you’ll have time to relax on golden beaches with a glass of regional white wine in hand.

The trail ends in Porto, which was named Europe’s Leading City Break Destination in the World Travel Awards in 2020 thanks to its street art, vintage trams and port tasting tours.

2. Soak in hot springs and spas in western Iceland 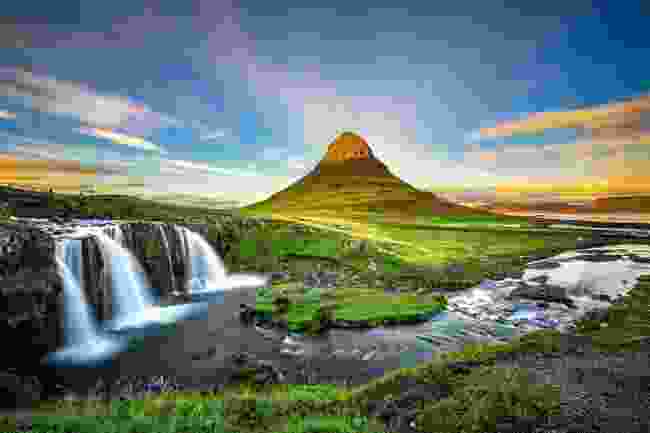 With the freedom of your own wheels, you’ll be able to cover a lot of ground – and sample classic Icelandic experiences along the way – on a Snaefellsnes & the Golden Circle in Style trip.

Hop in your 4WD and drive inland from the capital Reykjavik around Iceland’s Golden Circle, a loop that takes in geysers, volcanic crater lakes and the ruins of the world’s first parliament in Thingvellir National Park.

After soaking in an outdoor hotel spa overlooking lava fields – and the Northern Lights if you’re lucky – you’ll head north. See waterfalls at Hraunfossar and hot springs at Deildartunguhver before heading west to Borgarnes, where you can sample its chocolate-covered cinnamon buns.

After another soak in a geothermal hotel pool, you’ll continue on to Snaefellsnes Peninsula, home to fjords and Gerduberg cliffs – striking columns of basalt that resemble the pipes of a church organ. Stretch your legs with a walk around the crater of the Eldborg volcano and enjoy views of the glacier-topped Snæfellsjökull volcano from your hotel at the end of the day.

With a free day to explore, you’ll have time for an excursion. You can tour a glacier in winter or snowmobile all year round. In summer, you can hike, horseride, fat-bike or watch whales; visit a black sand beach, or take a ferry to a village on an island.

Type: Self-drive
Who: Best Served Scandinavia
When: Flexible dates
How long: 7 days
How much: From £1,415 (incl flights)

3. Stay in luxury hotels on a city-and-island break in Porto and Madeira 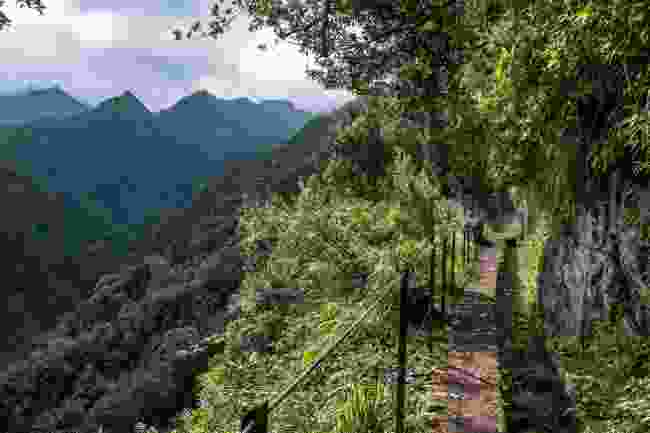 A levada, or aqueduct, on Madeira (Shutterstock)

There’s no need to choose between a busy city break and a relaxing island one if you sign up for Porto & Madeira.

Starting in Porto, you can stroll the old town’s alleyways, cathedrals and contemporary galleries before joining a port tasting session in an old merchant’s house. It’s not all-go though, as you’ll be staying in Pestana Palacio do Freixo, a 19th century former Baroque palace with manicured gardens set on the River Douro. Now a national monument, the building is adorned with antiques borrowed from local museums. It also features a spa, infinity pool and gourmet restaurant.

After a short flight to Madeira, hikers can explore the island’s 16th century levada aqueducts, which are bordered by mature forests and wildflowers. Stay inland and explore a vineyard tour or head out to sea on a dolphin safari, kayaking or snorkelling trip. You’ll sleep at Quinta da Casa Branca, a 19th century former country home in Funchal which is now a Small Luxury Hotel of the World with a botanic garden, pool and spa.

4. Spot wildlife and whales while walking in the Azores 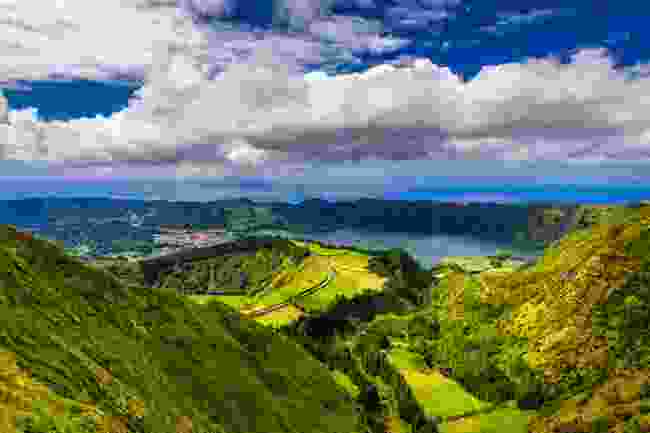 Escape to the Azores, an archipelago of nine islands in the North Atlantic, on a Self-Guided Walking on the Azores trip.

If you’d rather discover the countryside, visit Fogo Lake, a nature reserve with walking trails lined with Azores heather. Birders, look out for kites and buzzards. You can also loop around Sete Cidades’ crater lake, visit a tea plantation or summit Pico da Vara; at 1,103m, it’s the island’s highest point.

Sao Miguel’s greenery is its main appeal, so make the most of it by following the stream that cuts through Faial da Terra in the south west of the island to the forgotten village of Sanguinho. You’ll see waterfalls along the way and you may spot hedgehogs, least weasels and chaffinches. On your last day, you may also see whales on a boat tour. 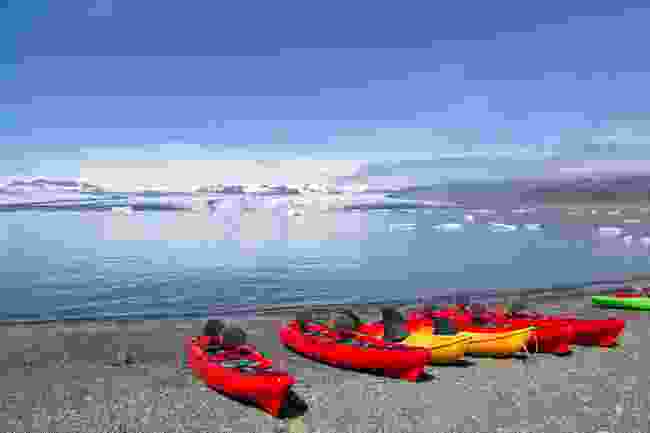 If you’re a champion of slow travel then Around Iceland’s self-guided trip will allow you to see most of Iceland’s highlights over a leisurely fortnight, including its east coast – which few other travellers make it to.

As you circumnavigate the country’s 1,300km Ring Road, driving clockwise from the capital of Reykjavik, you’ll see puffins nesting on cliffs on Snaefellsnes Peninsula and humpback whales breaching around Husavik. You’ll also have the chance to practice your landscape photography around Lake Myvatn.

Wild and remote, the east coast is home to fjords and fishing villages, while in Vatnajokull National Park in the south east you can kayak among icebergs in Jokulsarlon lagoon.

Looping around the south coast, have a pitstop at Vik’s black sand beaches before exploring Skaftafell National Park and Thingvellir National Park, where you’ll see a geyser and the 32m Gullfoss waterfall.

6. Discover the Algarve’s authentic side in Portugal 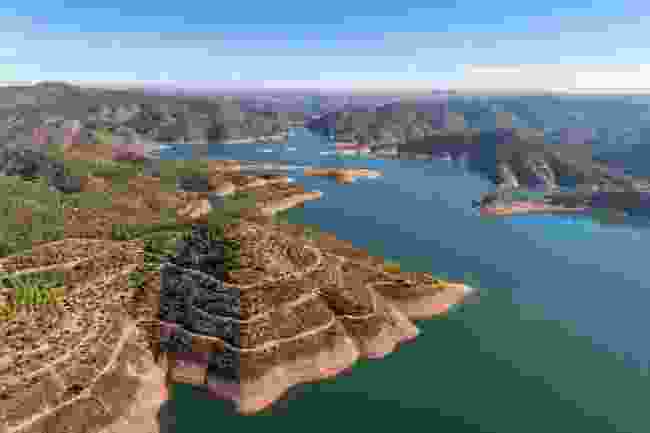 The Hidden Algarve starts and finishes in Faro and explores little-visited parts of Portugal’s south coast.

Spend a day surfing or relaxing on Praia do Porto de Mós beach – which is bordered by cliffs – then stroll around Lagos, Luz and Sagres, all of which buzz with pavement cafes and restaurants.

If you’ve hiked in Serra de Monchique, soak in a spa in Caldas de Monchique. Once you’ve recharged, stroll around Tavira, a historic town with cobbled streets, castle ruins and a Roman bridge. Cacela-a-Velhais is another picturesque town, with white-washed houses, river views and an 18th century fort.

Along the way you’ll have time to horseride, birdwatch, cycle and pick fruit. You can also kayak or take a boat trip.

You’ll stay in Quinta Bonita, a charming boutique hotel, and Quinta do Marco, a family-run hotel set on a 18-hectare estate of 11,000 orange trees.

Type: Self-drive
Who: Sunvil
When: Enquire about dates
How long: 8 nights
How much: From £720pp, based on two sharing (incl flights)

7. See volcanoes and glaciers in Iceland 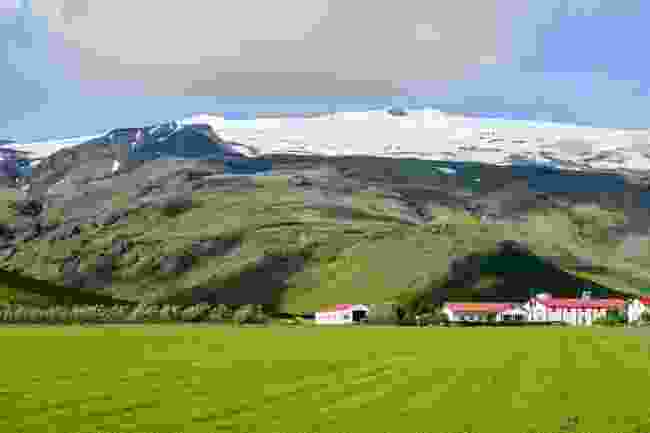 If you’re keen to mingle with other travellers, you can join up to 15 others on a Volcanoes & Glaciers of Iceland group tour of Iceland’s southern coast.

The tour guides you around Iceland’s classic sights, so you’ll see the Strokkur geyser erupting, the epic Gullfoss waterfall and the snow-capped Eyjafjallajokull volcano. You’ll visit a glacier in Vatnajokull National Park, too.

You’ll also take a boat out to the Westman Islands, off the south coast. The archipelago is made up of 16 islands, only one of which – Heimaey – is populated. Keep an eye out for whales and seals on the way and puffins once you’re on land, as the islands are home to one of the world’s largest colonies of Atlantic puffins.

Type: Group tour
Who: Regent Holidays
When: May-Sep 2021
How long: 5 days
How much: Enquire about prices 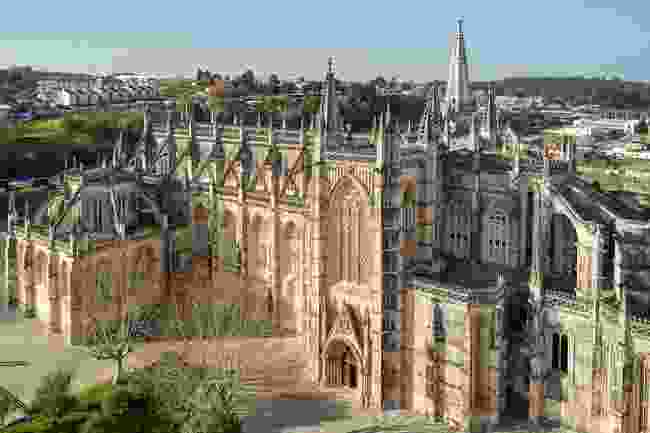 The Monastery of Batalha, Portugal (Shutterstock)

Not sure what you want to see and do? As the name suggests, Highlights of Portugal covers the country’s best bits, starting in Porto and ending in the capital of Lisbon.

A local guide will be on hand to answer your questions throughout the trip, which is limited to fewer than 16 people.

Once known as the Roman name of Portus, Porto is a UNESCO site valued for its historic centre, Luiz I bridge and Monastery of Serra do Pilar.

After you’ve explored the city, you’ll head inland to the UNESCO Douro region, where you’ll sample local wine at a vineyard before visiting Coimbra, a picturesque town mid-way between Porto and Lisbon. You’ll have time to get lost among its cobbled alleyways and see its cathedral and old city walls.

Further south, you’ll stop off at another UNESCO site: the Gothic Monastery of Batalha, which was built in 1385.

After relaxing on Nazare beach, you’ll then explore Obidos, a medieval town with a castle, market and old stone wall. While there, try ginja, a sour liqueur made from cherries. Sintra is just charming, with castle ruins and a buttercup yellow palace set among pine-covered hills.

In Lisbon, hop on Tram 28, which passes by the capital’s key sights, from St George’s Castle to Alfama hill. 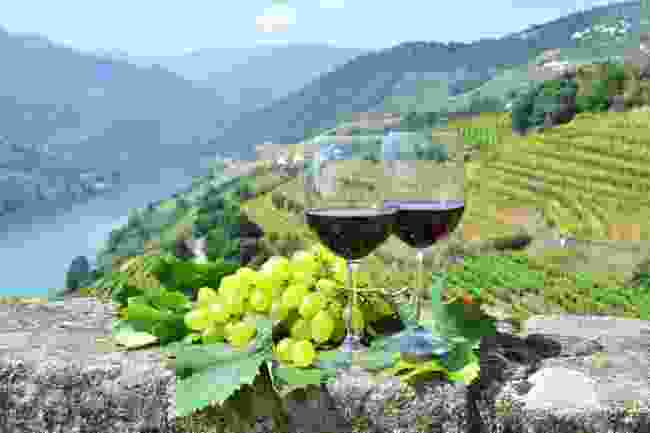 This Porto & Douro Valley: Wines & Wines Self-Drive trip starts and begins in the UNESCO city of Porto. With its jumble of medieval lanes and bistros hidden down alleyways, it’s the perfect city to stumble back to bed after a night sampling Port.

Once you’ve recovered, wind along the N222 – dubbed the world’s most beautiful road – with snakes through the Douro Valley, home to wineries and countryside estates. Make sure you have a designated driver so you can take advantage of free wine tastings.

You can sleep off the booze on a traditional rabelo boat or order a hearty boar stew in a whitewashed village to soak it up before returning to Porto.

Read more about Portugal, Iceland, Madeira and the Azores:

7 Things to do in Porto

Know before you go: The Azores