From the orangutans of Borneo to the endangered Javan rhinoceros, Indonesia is renowned for its unique wildlife. Here are 7 experiences you won’t want to miss out on

Indonesia’s unique topography – 17,000 islands ridged with mountains and covered in thick forest – has resulted in remarkable biodiversity, with ecosystems evolving in virtual isolation and touching the very extremes of the natural world. The biggest archipelago on the planet is home to the world’s largest lizard and smallest primate, and is the only place to see the critically endangered Sumatran tiger and Javan rhinoceros. Indonesia combines the promise of wild adventure with great accessibility and infrastructure, meaning it’s easy to combine several or all of these experiences into one trip.

1: Come face-to-face with dragons in Komodo 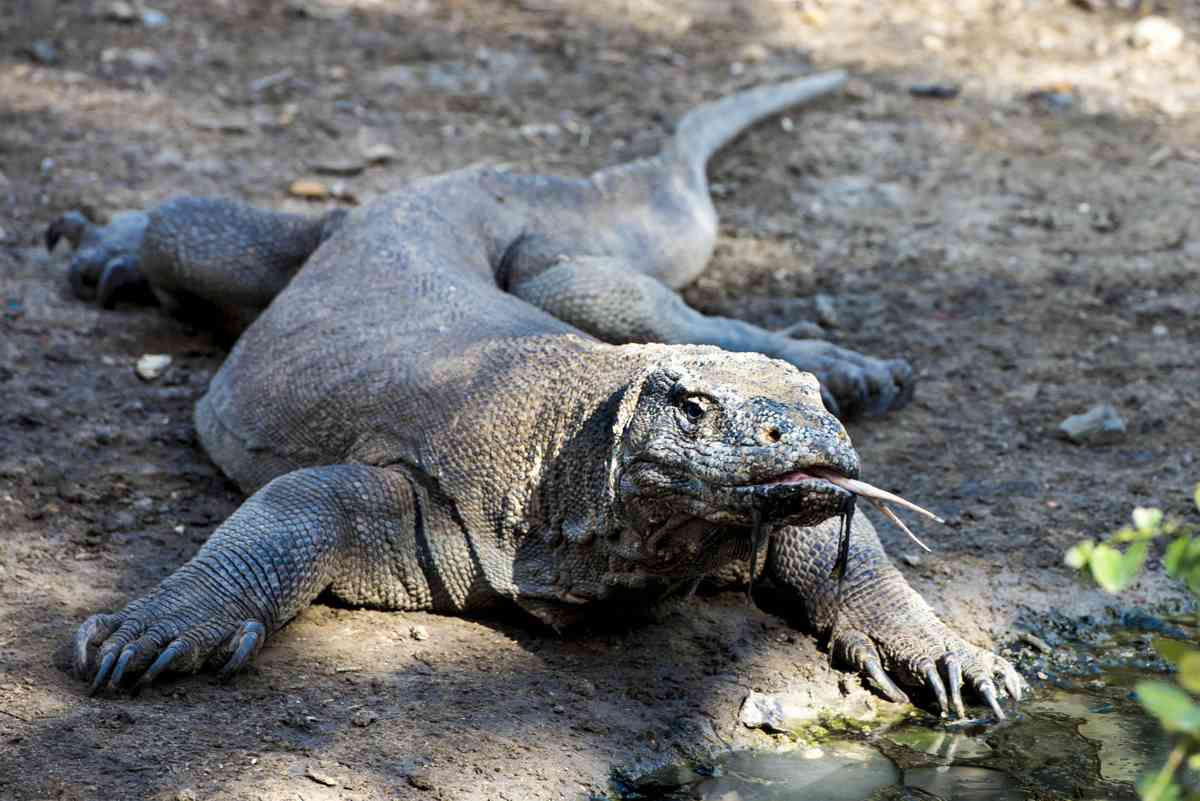 
The scaly poster boy of Indonesian wildlife tourism is the world’s largest lizard: the fearsome Komodo dragon. Roaming a tiny group of islands off the coast of Flores, these creatures reach up to three metres long and punch above their considerable weight, stalking much larger animals such as buffalo for weeks until they fall victim to the bacteria from their toxic bite.

Local villagers are occasionally killed too, but the dragons aren’t fussy. Newly hatched babies instinctively scurry up the nearest tree to escape the gaping jaws of their own mother. The Komodo National Park comprises the islands of Komodo and Rinca as well as several smaller ones, and the knowledgeable guides give you a good chance of spotting the dragons up close, and safely, in the wild. 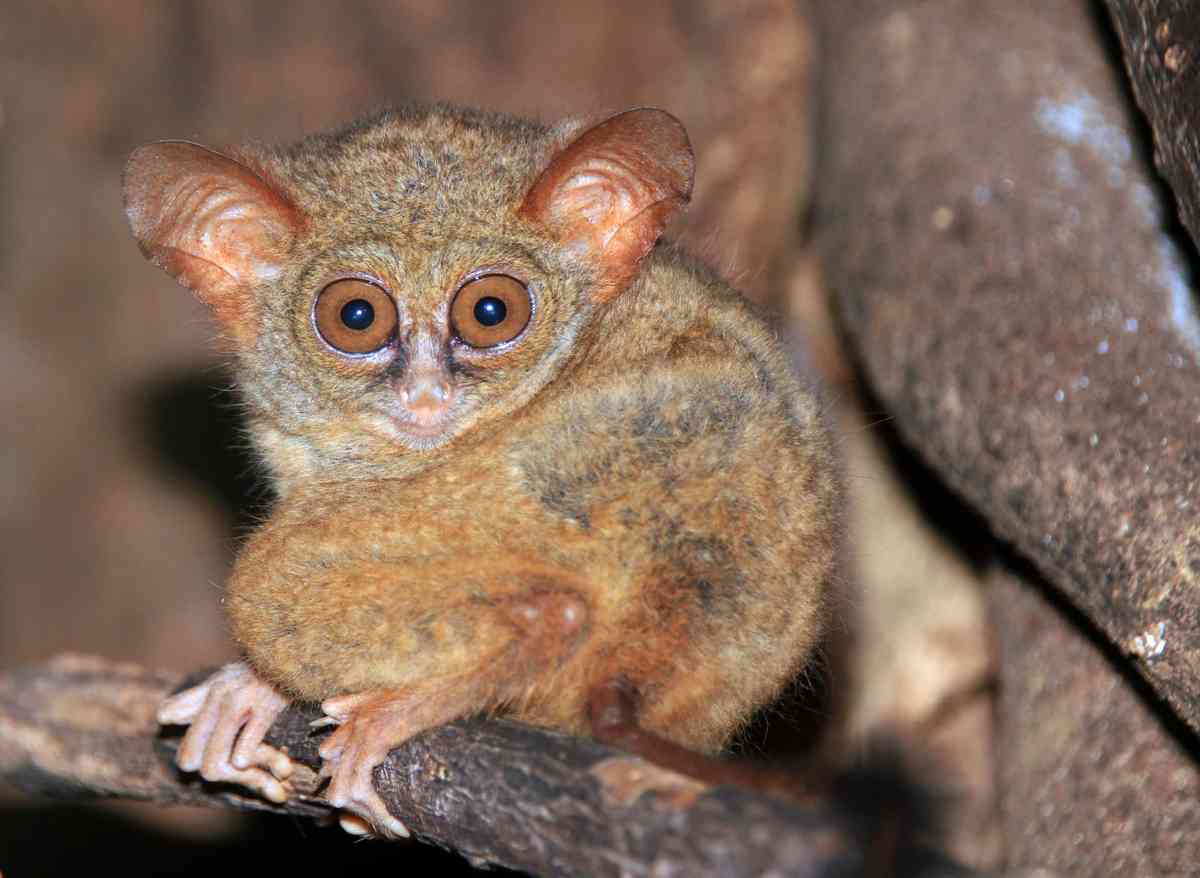 The huge, sprawling island of Sulawesi is home to innumerable experiences which wildlife lovers may find hard to stomach, from gruesome sacrificial funerals in Tana Toraja to the macabre abattoir-gallery that is the Tomohon market. However, it’s also home to one of Indonesia’s most adorable creatures. To spot it, you’ll have to look closely.

The pygmy tarsier, which inhabits the tropical forests of central Sulawesi, is the world’s smallest primate. It stands at around four inches tall, has bug-like saucers for eyes, and is so elusive that it was thought extinct until it was rediscovered in 2008. Needless to say, then, sightings are by no means guaranteed, although it lives alongside the only very slightly larger spectral tarsier; the best chance of spotting them is in Tangkoko National Park, a short drive from the city of Manado. 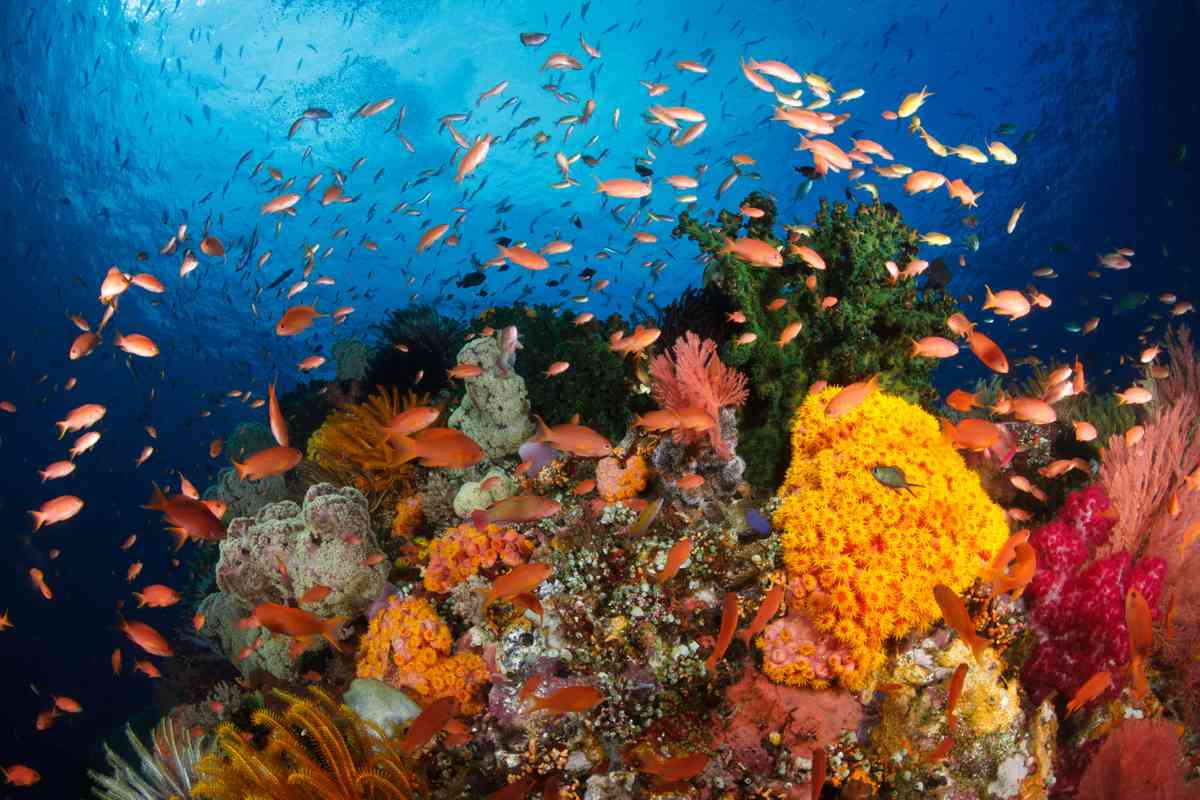 It should come as no surprise that, as the world’s largest chain of islands, Indonesia offers ample scuba diving opportunities. The only difficulty is choosing where to go. Many combine a dragon-spotting trip with diving in Komodo, while Sulawesi’s Togian Islands are ludicrously beautiful and almost untouched by tourism. The pick of the bunch, though, is Raja Ampat, a group of islands off the coast of Papua.

Here you can experience the whole beautiful palette of the underwater world, spotting technicolour corals and nudibranches as enormous manta rays sweep above you and turtles paddle past. Despite regular acclaim as one of the world’s premier dive spots, Raja Ampat’s marine life is largely undamaged, and it promises a frontier-like feeling of discovery; tourists are well catered-for, too, whether you’re after a dive resort or a liveaboard experience. 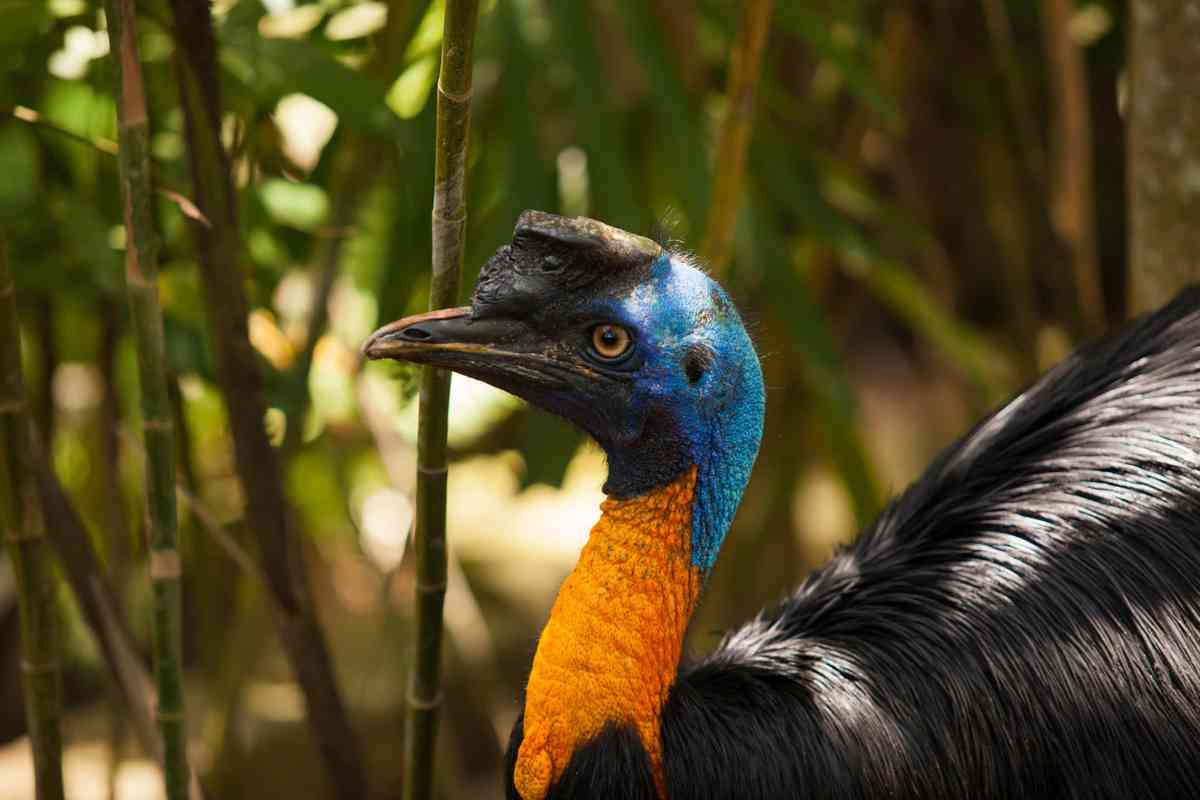 In a country of unparalleled ecological diversity, Papua’s Lorentz National Park manages to stand out. The largest national park in Southeast Asia, it’s also one of the most biodiverse in the world, incorporating mangrove swamps, glaciers, and Puncak Jaya, the tallest peak between the Andes and the Himalayas.

The wildlife is correspondingly wide-ranging; inhabitants include the huge, brightly-faced cassowary, which stands at 6ft tall and can kill a human with a single kick; the long-tailed paradigalla bird-of-paradise; and the short-beaked echidna, an egg-laying mammal. This one is strictly for the more adventurous traveller. Much of the park, as with the entire island of New Guinea, remains unmapped and there is little tourist infrastructure in place. But the determined will be rewarded with a truly unspoilt wilderness experience. 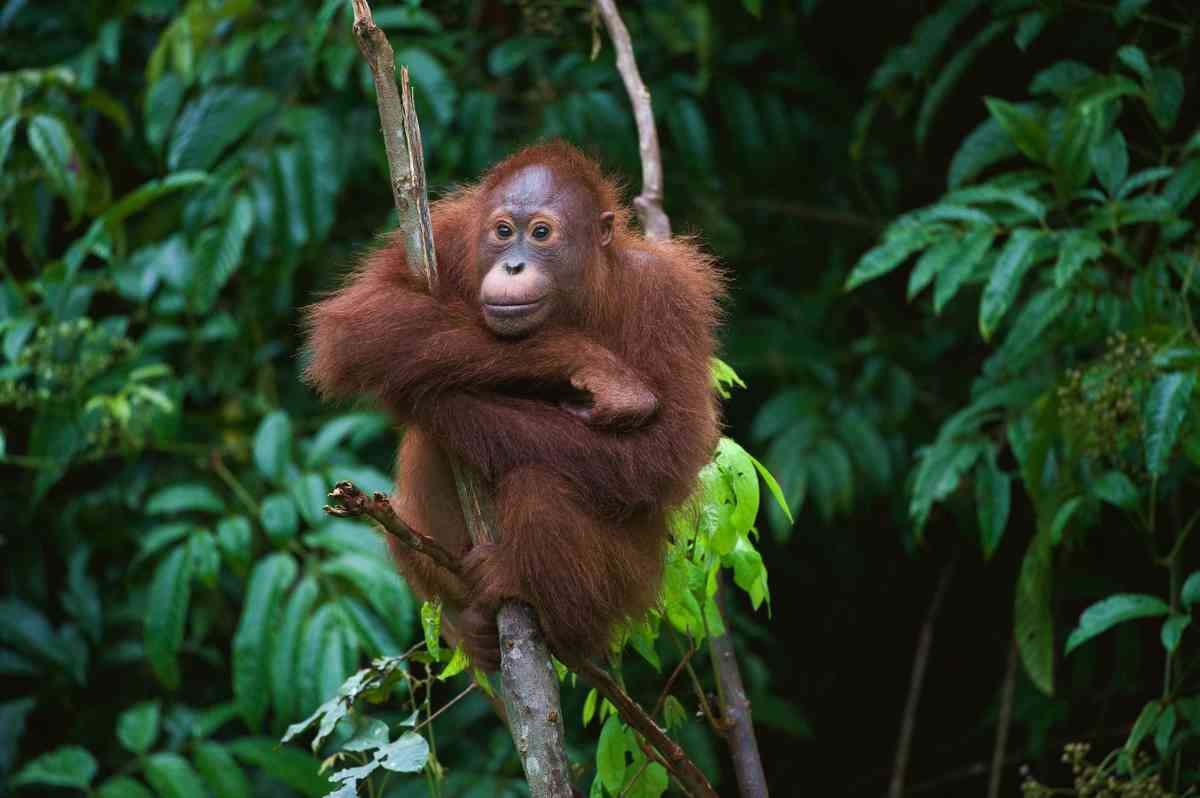 There can be few more magical travel experiences than looking into the eyes of an orangutan in its natural habitat, and the islands of Sumatra and Borneo are the only places in the world where this is possible. Kalimantan, the Indonesian portion of Borneo, is home to the Tanjung Puting National Park, where you’re guaranteed to spot the apes on a very pleasant river cruise through the jungle.

Staying on a traditional klotok houseboat, you’ll pass feeding stations en route to Camp Leakey, established by the renowned primatologist Dr Biruté Galdikas, where work continues apace to protect the world’s largest orangutan population. It’s not just about the orangs, though: living alongside the ‘people of the forest’ are crocodiles, clouded leopards, and the long-nosed, potbellied proboscis monkeys, which live nowhere else.

6: Visit the last home of the Javan rhinoceros 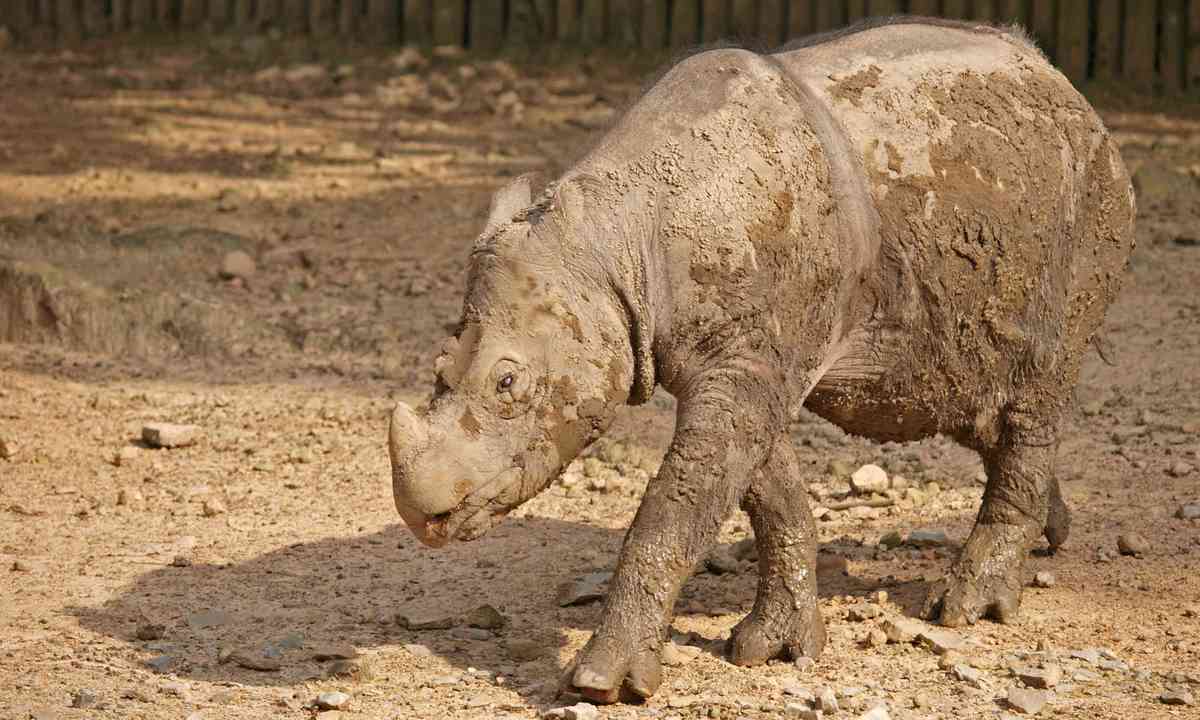 The rhinoceros is one of the foremost symbols of conservation worldwide, and the one-horned Javan rhinoceros is the most starkly endangered of the lot. Indeed, with an estimated 60 individuals left, it’s quite possibly the rarest large mammal on the planet and since the Vietnamese population was poached to extinction in 2010, it lives only in Java’s Ujung Kulon National Park.

The good news is that the rhinos are breeding, but the future of the species remains on a knife-edge, and it must be said that sightings are rare. This wild and remote corner of western Java is still worth the trip, though, to spot various other endangered species which live nowhere else, including the Javan leopard, silvery gibbon, and teddy bear-like Javan lutung. The area’s rich biodiversity owes much to the eruption of Krakatoa in 1883, which drove the human population away.

7: Seek tigers by night in Sumatra 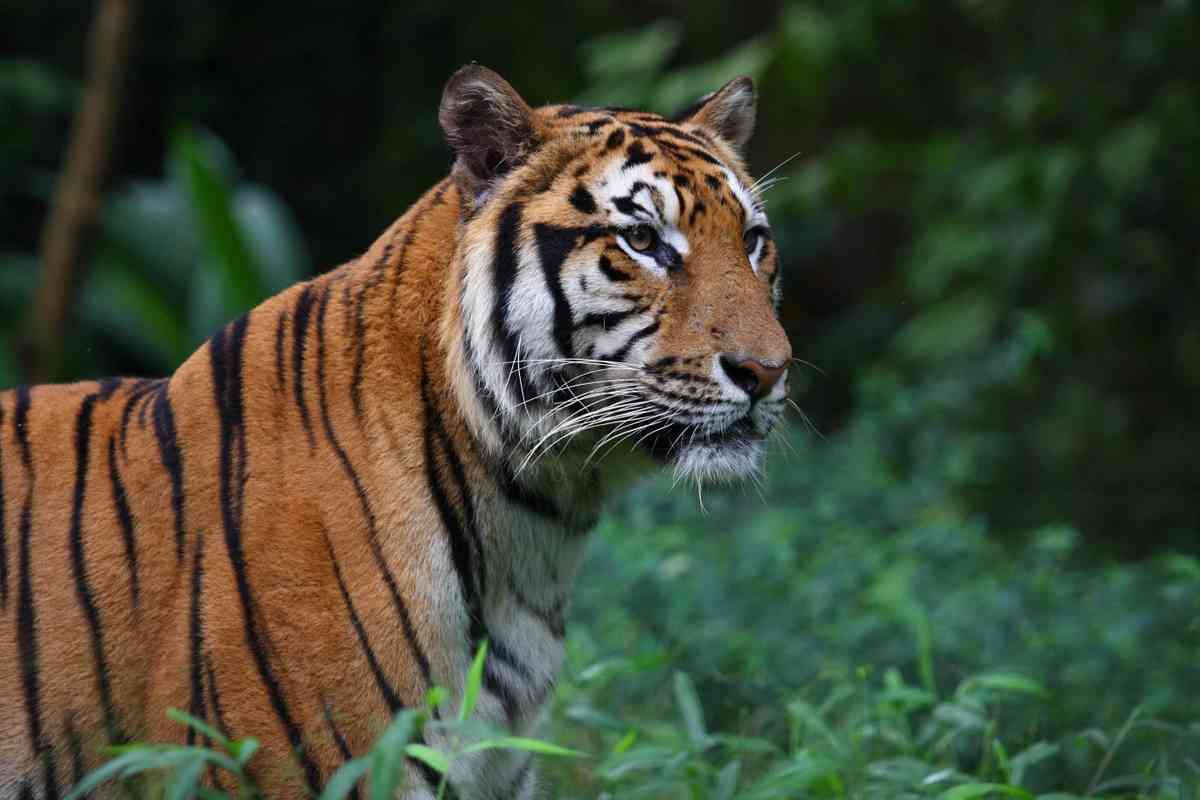 Indonesia is not the first country that most people associate with tigers, but until the mid-20th century no fewer than three subspecies lived here. Since hunting and habitat destruction led to extinction of the Bali tiger and Javan tiger in the 1930s and 1970s respectively, the Sumatran tiger is all that is left, with around 500 individuals living across the island.

With a bit of luck, you can spot the elusive creatures on a night safari at Kerinci Seblat National Park, which is home to the densest of the scattered populations with up to 190 individuals. With other inhabitants including the Sumatran rhinoceros, Sunda clouded leopard and Sumatran elephant, Kerinci Seblat offers perhaps Indonesia’s most complete and iconic wildlife experience.

Daniel Stables is the author/editor of The Rough Guide to Southeast Asia on a Budget, available here.