12 of the world’s greatest wildlife destinations, from Antarctica to Yala NP

Filled with whales, lions, orang-utans and elephants, it really is a wild and wonderful world. Travel bloggers, including Travels of Adam and Runaway Juno, pick the 12 top wildlife hotspots on Earth 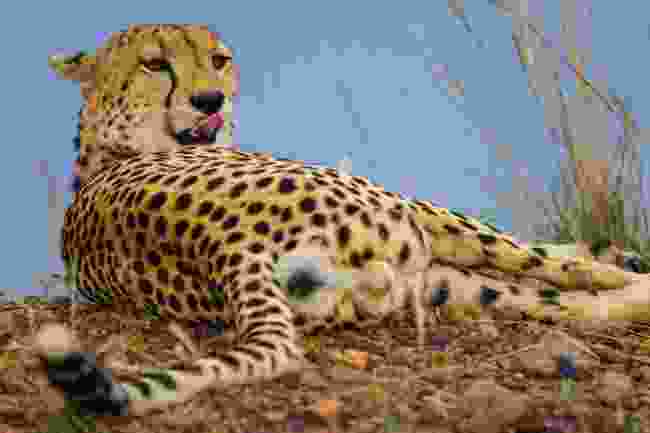 Cheetah on the Masai Mara (The Planet D)

For animal-spotting, nothing beats an African safari. The Masai Mara in Kenya is up there as one of the greatest wildlife destinations on Earth.

We spotted all of the Big Five on our three-day game drive through the massive national reserve that borders Tanzania’s Serengeti. Cape buffalo, rhinos, elephants, leopards and lions (BRELL) are the star attractions of Africa, but there are plenty of other fascinating creatures to see, too.

We were as excited to watch giraffes munch on treetops, as we were viewing cheetahs basking in the sun. It’s an amazing experience to watch zebras, wildebeest and impalas graze together, while warthogs scurry about. But it’s the touching moments, like when baboons groom one another with careful tenderness or when a baby hippo hops a ride on its mother’s back, when you see just how loving these animals can be and how nature lives in harmony. The wildlife comes alive before your eyes on the Masai Mara and it’s these moments that you’ll never forget. 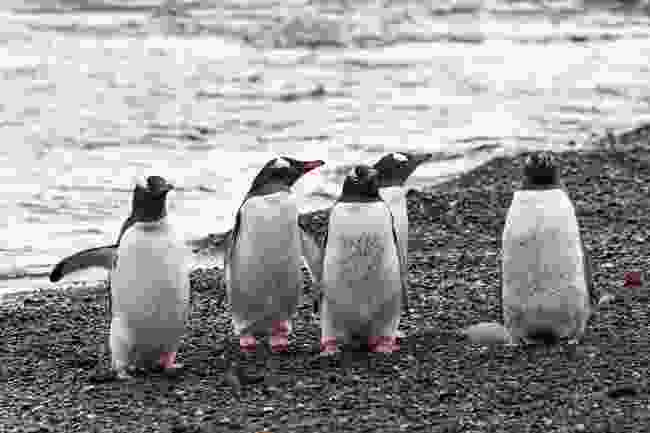 Antarctica is by far the most phenomenal location for unique wildlife encounters that we have ever seen. The isolation and harsh conditions of the polar continent has kept it free from permanent human habitation, and that has allowed the marine and bird life to flourish unlike anywhere else.

The Antarctic Peninsula is home to 46 breeds of birds, including six different varieties of penguins, six species of seals and nearly a dozen types of different whales.

What makes the encounters so incredible though is how they all interact with each other, often swimming in the same channel or sleeping on one beach together, and the way they are almost completely unfazed by humans. 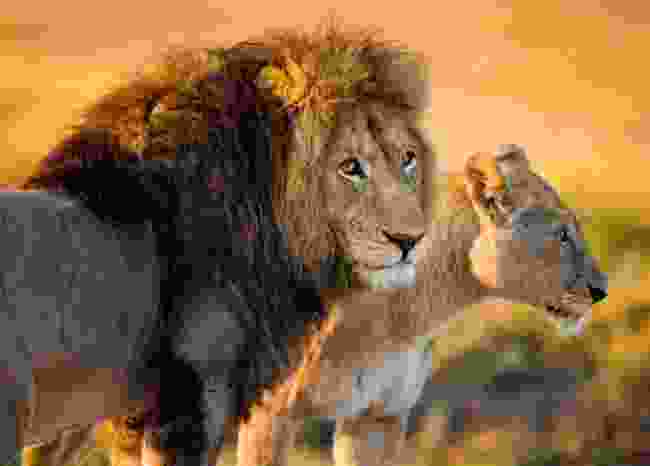 Lions in the Okavango Delta (Dreamstime)

The Okavango Delta in Botswana was one of the best places we’ve ever been for the quantity and diversity of wild animals and birds seen in a short time and distance.

Whether it was exploring Moremi National Park inside the Okavango Delta by vehicle or by boat, we were always trying to keep up with the buzz of animals around us.

We saw an elephant mother and her offspring one minute, a female lion lounging with a male companion the next, followed by a group of wild dogs fresh from the hunt and a family of hippos immersed in the rising Delta waters. Add a ‘sundowner’ drink and you’ve got the perfect balance of adventure, relaxation and luxury. 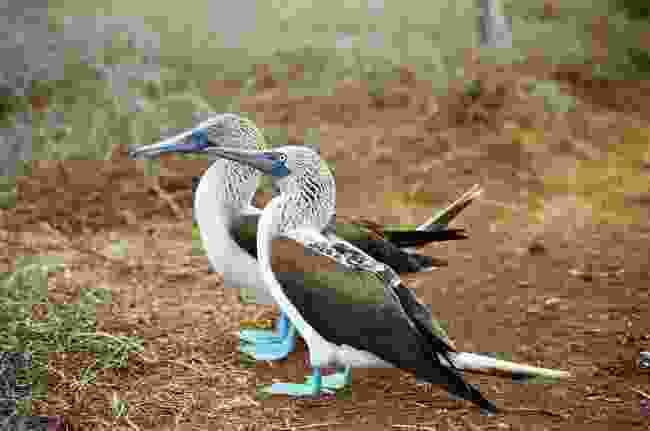 The Galapagos islands are our favourite wildlife destination. We visited them last year as part of a luxury cruise and completely fell in love. It’s everything you have dreamt of and more.

This is one of the few places in the world where you get so close to the wildlife because they are blasé towards humans. You’ll be so spoilt that no other safari will be the same again.

It’s not just above ground you get close with wildlife, like the tortoises and the birds. There are many opportunities to go snorkeling or scuba diving to discover the rich underwater world surrounding the Galapagos islands, where reef sharks, manta rays, tropical fish and the many playful sea lions await you.

Steve Dirnberger (How Far From Home) 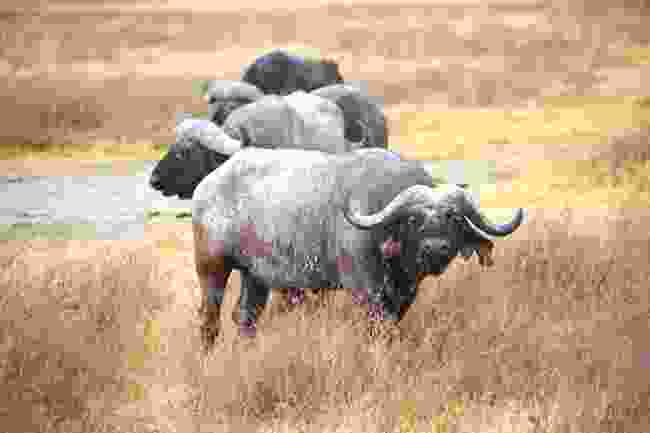 Said to be the Garden of Eden, due to it's fertile soil and abundance of wildlife, this 1.5 million year old volcanic crater offers more than the breathtaking vantage points along the 2,400 metres-above-sea-level rim.

The large volcanic caldera has over 25,000 animals living within it, and a typical morning game drive will have you coming close to all members of the Big Five, including lions, elephants and rhino, as well as massive herds of wildebeest and zebra. It’s a fantastic place for birds, too, including flocks of flamingoes, crowned cranes and Kori Bustards, just to name a few. This is a true animal-lover’s paradise. 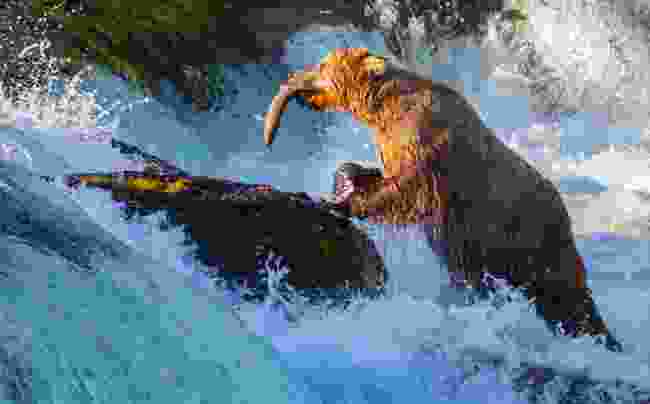 As one of the least populated states in the United States, and one with so many national parks, wildlife refuges, and national preserves, Alaska has the perfect conditions for wildlife.

Wildlife sightings aren't just deep in the mountains. Anchorage and its surroundings have some of the best spots in the state for wildlife-viewing. Moose crossing the streets in downtown Anchorage is a regular occurrence. Hiking trails are sometimes shared with bears. A day cruise allows you to see otters, sea birds, whales, bald eagles, bears, and more.

Millions of birds flock to Anchorage on annual migrations. Salmon fill nearby rivers and streams all summer long. If you are lucky, you get to see bears fishing for those salmon, which is an incredible sight. 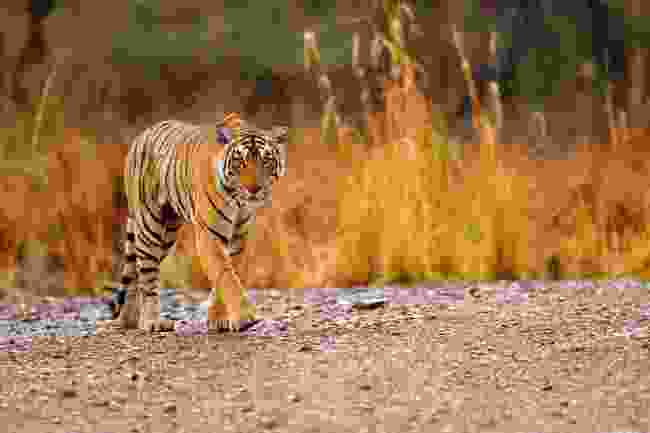 One of India’s largest national parks, Ranthambore is best known for its Royal Bengal Tiger Reserve and as one of the finest spots for viewing Bengal tigers in their natural habitat. Spotting these animals in their natural environment is hard to forget.

Situated in the Sawai Madhopur district of southeastern Rajasthan, Ranthambore was a former hunting ground of the Maharajahs of Jaipur. 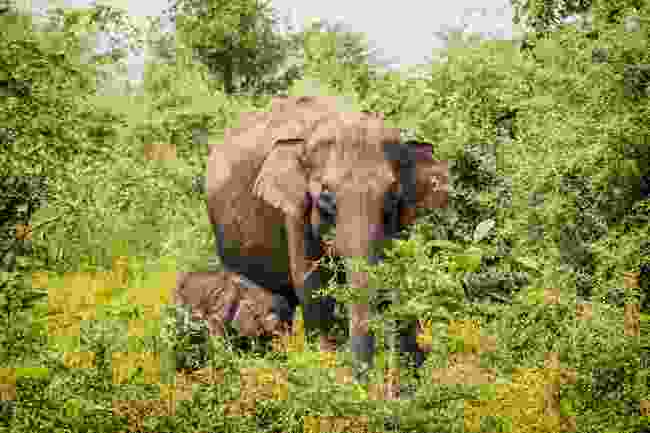 For such a small country, Sri Lanka boasts a surprisingly rich bounty of wildlife. Packed within its teardrop-shaped borders are 26 national parks and scores of nature reserves and sanctuaries.

We spent a month in the country and most valued our time in the parks, which was a truly remarkable experience. It’s also worth mentioning nearby Udawalawe National Park, where we saw herds of gentle elephants and plenty of sprightly birdlife. 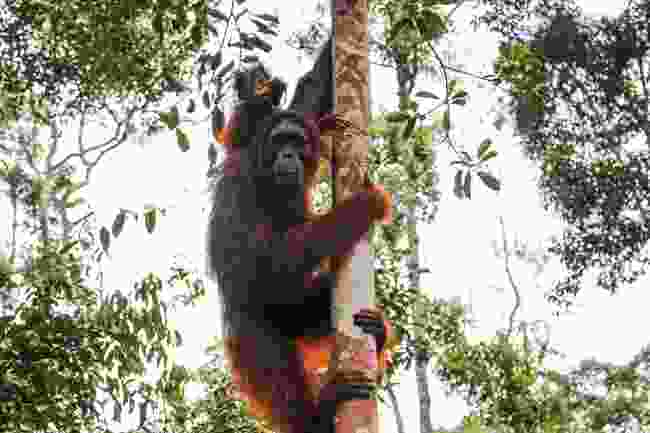 Travelling to Tanjung Puting National Park in Indonesian Borneo is an experience like no other. It’s not easy and it’s not comfortable, but it’s incredible and intense, not only because of the beautiful nature and wildlife, but because of the environmental importance of this reserve.

The orang-utans from Indonesia and Malaysia are in danger and the Tanjung Puting National Park is one of the few places where they are safe from the horrendous palm oil plantations that are destroying the South-East Asian jungle and wildlife.

When you lose sight of the shore at the Pangkalan Bun village in Kalimantan, Borneo, you know an unforgettable trip is about to start. It can be from two days or up to 5 days cruising the rivers and canals of the national park in a wooden boat. The orang-utans and monkeys hanging on the trees by the river banks look unreal. The sunsets and the sunrises are another spectacle. Trekking into the jungle and seeing the wild orang-utans will change you forever. 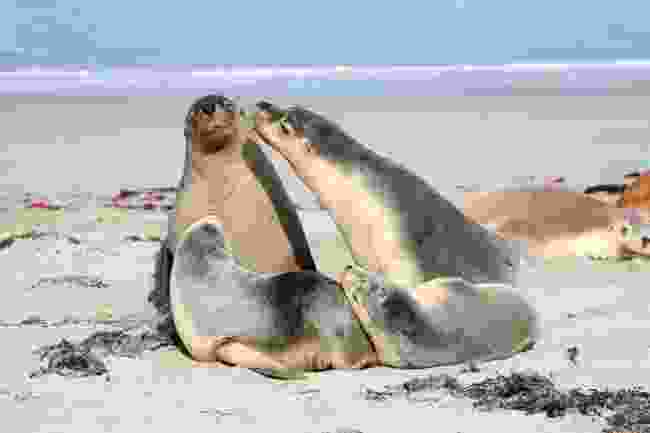 Kangaroo Island is one of the best places in Australia to have an authentic wildlife experience. Sadly, lots of people who go to Australia never have the chance to see a wild kangaroo or koala because they are not that common. On Kangaroo Island, they are.

In fact, a few years ago they had a problem with too many wild koalas. There are plenty of wild kangaroos too, especially on drizzly days.

Kangaroo Island is not just about kangaroos and koalas, though. We Also saw wild sea lions and brown snakes, plus gigantic pelicans and tiny penguins. 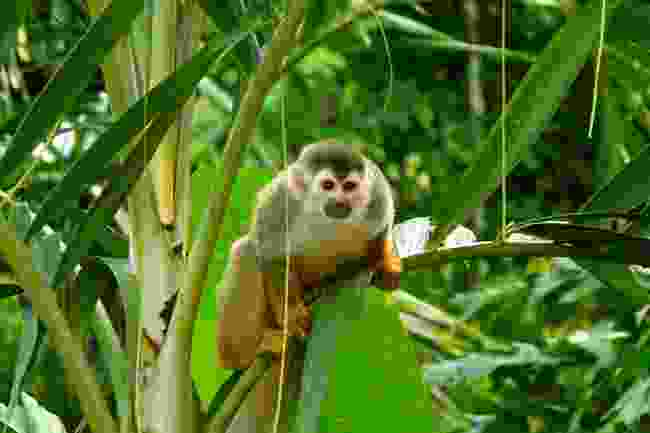 One of Costa Rica’s best beaches and a favorite for LGBT visitors, Manuel Antonio is located alongside a hill with incredible panoramic views out to sea. The short 15-minute drive from Quepos to Manuel Antonio is dotted with a number of trendy restaurants and bars, but the real attraction is Manuel Antonio National Park. It's Costa Rica's most popular national park with both tourists and locals.

The national park is home to a lot of sloths, although they’re sometimes difficult to spot if they’re hiding up in the trees. There are wonderfully peaceful beaches and a panoramic viewpoint (mirador) out to the Pacific Ocean in the national park too, while you can find countless other animals, including raccoons, apes, bugs and birds, who all call this place home.

Claudia Tavani (My Adventures Across The World) 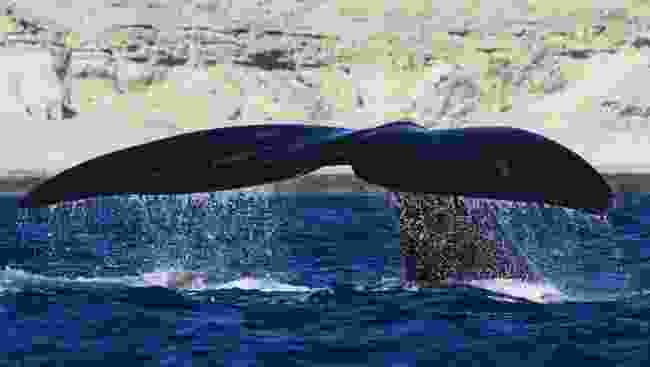 Peninsula Valdes, in the Argentinian province of Chubut, is one of the top places in the world to spot wildlife in its element.

The variety of animals that can be spotted changes with the seasons. The months from September to March, which are the Argentinian spring and summer, are perfect for spotting penguins and orcas. Whales can be seen from June to December. Sea lions, elephant seals and Commerson's dolphins can be seen year round.

Puerto Piramides is one of the great places in Peninsula Valdes that are perfect to spot wildlife. But even a simple walk on the pier or on the waterfront of Puerto Madryn, the main city in the area, can be full of surprises.

(Wildlife hotspots are listed in no particular order; numbers don’t equate to rankings.)