9 of the best walks in Surrey

The rolling hills and valleys of England’s most wooded county are crammed with magnificent views and historical locations. Here are nine fantastic walks in Surrey… 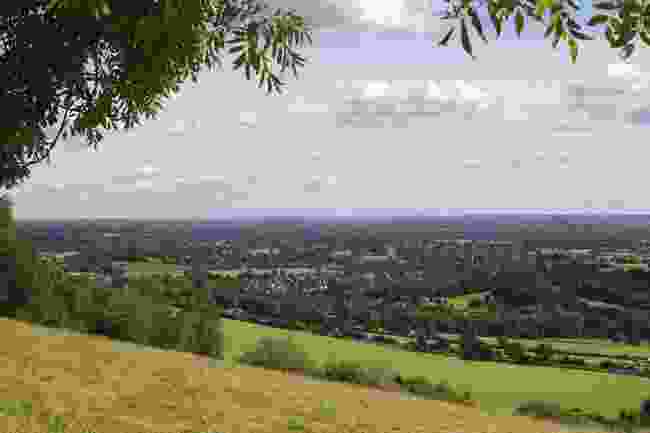 In the heart of the Surrey Hills and part of the North Downs, this Area of Outstanding Natural Beauty has long been popular with day trippers. The views of the Surrey countryside are magnificent, especially toward the South Downs.

There are numerous possible walks with varying degrees of length and difficulty. The Box Hill Happy Valley circular walk is just over 4km and moderately difficult – you’ll be rewarded with great views. The route also passes the peculiar Broadwood’s Tower which has a Holm Oak tree growing through it. It was built as a memorial to the Battle of Waterloo by Thomas Broadwood in 1815.

For those who want to tackle a more challenging walk, the Box Hill hike is an alternative option covering a broader area via a more arduous 13km hike.

2. Walk through a living work of art at Painshill 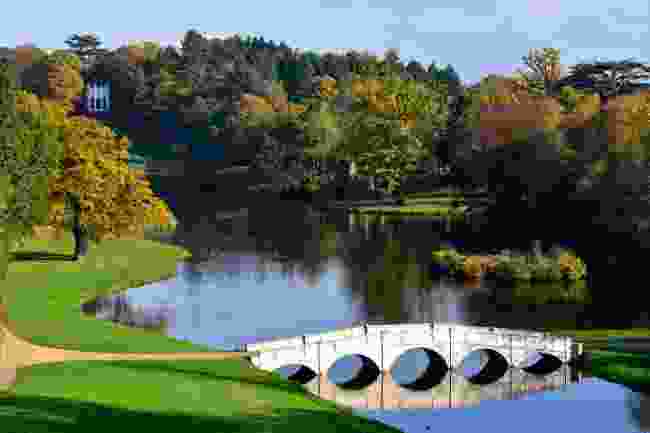 When the aristocrat Charles Hamilton returned from his second grand tour of Europe, he acquired the land at Painshill. Inspired by Renaissance landscape paintings, his vision was to create a garden which was removed from the formal architectural designs of the likes of Versailles. This natural style which was becoming popular across Europe was based around a more informal and pictorial garden. The idea of Painshill was to create a variety of moods for visitors to recreate what Hamilton would have experienced on his grand tour.

To experience the gardens as Hamilton would have wanted, take the 4km historic route which winds over the beautiful Serpentine lake to the Gothic Tower before ending at the Turkish Tent. From there you can continue on the north side of the lake to the visitor centre or take the yellow route back for a panoramic view of the vineyard and ruined abbey. 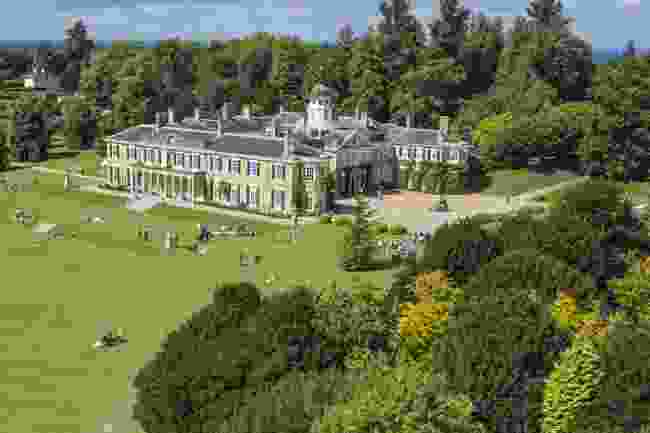 A favourite with British aristocracy including the Royal Family in the early 20th century, Polesden Lacey’s 1400 acres are as historic as they are beautiful. King George VI and Queen Elizabeth (the Queen Mother) honeymooned here, and Edward VIII, who abdicated the throne, was a favourite visitor of the owner, Mrs Greville.

With views of the rolling Surrey Hills including Denbies hillside and Ranmore Common, not to mention ancient woodland, this 7km walk will keep you entertained for the 2.5 hours it takes to complete it. 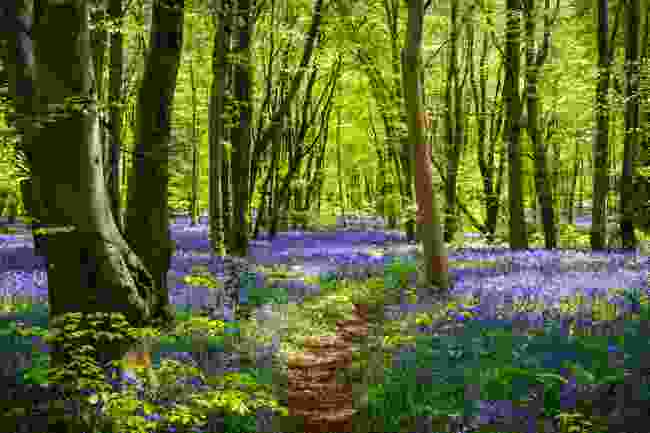 The 400 acres that make up the grounds of Hatchlands Park make this one of the largest country estates in the area. There are bluebells in bloom in spring, flower meadows in the summer and autumn colours to make the easy 4.5km walk marvellous at any time of the year. It is also a great option for families with the added benefit of the natural adventure play area featuring a tunnel, balance beams and a treehouse.

The Georgian house was built for Admiral Boscawen and his wife Fanny during the mid-18th century. It has since served as a home, a finishing school for girls and a printing press.

5. The dark history of Hidden Hindhead 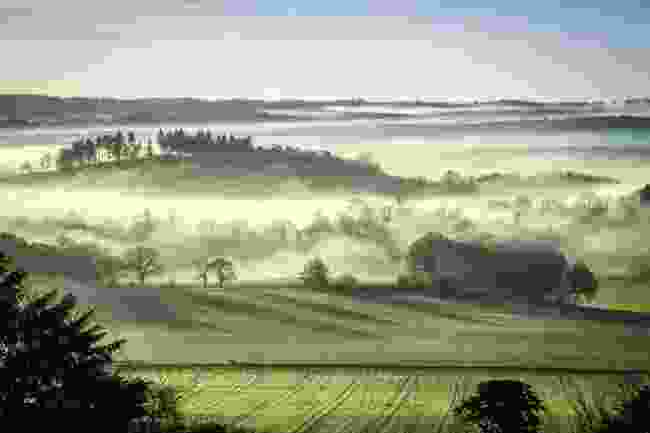 A panoramic view of the North Downs in Surrey (Shutterstock)

This 5km walking trail on the eastern side of the Devil’s Punch Bowl offers some of the most spectacular views from the second highest point in Surrey. But this old London to Portsmouth road has a dark past dominated with stories of highwaymen and murders.

It was on this route in 1786 that an unknown sailor on his way to Portsmouth was robbed and murdered by three men he had befriended in a pub. The site of the murder is on the trail and marked by the “Sailor’s Stone”. Further along, a Grade II listed Celtic cross at Gibbet Head marks the spot where the three murderers were hanged following their trial.

The Celtic cross was built in 1851 to banish the fear and superstitions that had arisen following the hangings. 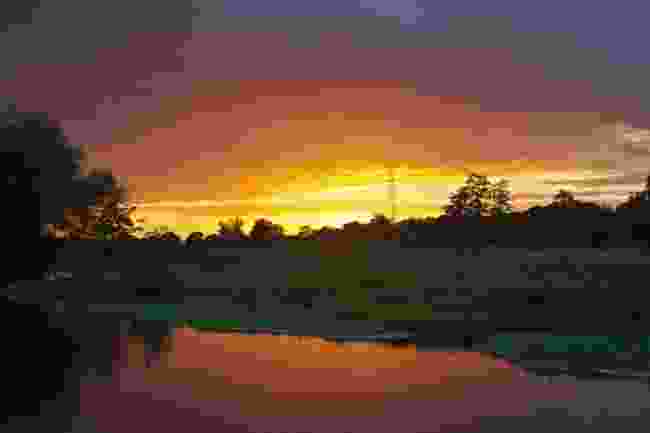 The canal near Pyrford (Shutterstock)

The River Wey was an important geological asset for Surrey through the centuries. It starts in Tilford and snakes its way through Surrey to join the River Thames at Weybridge. The two man-made navigations provide almost 32km of navigable routes that connect Surrey to London. This navigation and its proximity to the capital ensured that Surrey became one of Britain’s wealthiest and most influential areas.

There are plenty of walks possible, all covering different parts of the River Wey. This particular 5.5km walk starts at the car park near Newark Loch. Turn left out of the car park and walk along Newark Lane to St Nicholas Church in Pyrford village towards Pyrford Loch. At the loch turn right to head south, adjacent to the River Wey past Pyrford Palace back to Newark Loch. As you cross the river at the loch, you will be treated to a wonderful view of the ruins of Newark Priory just before reaching your starting point. 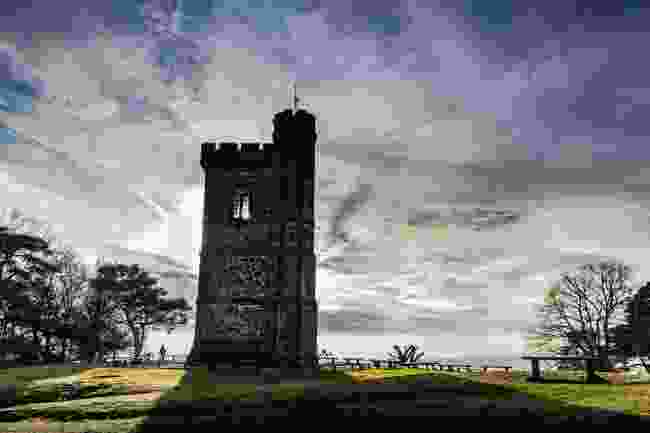 Most visitors to Leith Hill make the short but steep climb to Leith Hill Tower. But there is more to Surrey’s highest peak than this 18th century Gothic tower. Primroses and bluebells dominate the landscape in springtime, and an abundance of butterflies arrive in the summer. In winter, the leafless trees mean an even more expansive view of the countryside so it’s no surprise that Charles Darwin was a frequent visitor to this area.

The Woodland trail is one of many possible walking routes. The 4km route takes you through woodland, past Leith Hill Tower and Leith Hill Palace, and provides ample opportunities to observe flora, fauna and spectacular scenery. To make this walk longer you can add the Etherley Farm loop to your walk. It will be an additional 2.5km; it takes you through farmland before re-joining the Woodland trail.

8. A pilgrimage at Waverley Abbey 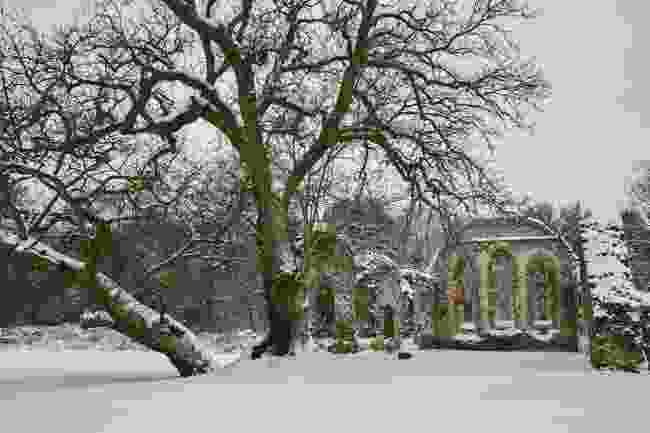 In this circular walk of around 5km, the best is served right at the start. The historic and picturesque ruins of the 12th century Waverley Abbey sit a stone’s throw away from the River Wey. The abbey is the earliest Cistercian house in Britain.

This relatively flat walk also takes you through the pretty village of Tilford. While there, be sure to pay homage to the “Tilford Oak” beside the village green, which is estimated to be 800 years old. In summer, it’s common to see cricket matches on the green and people paddling in the river. The walk ends back at the car park near Waverley Abbey.

9. Discover the ancient woodlands of Runnymede 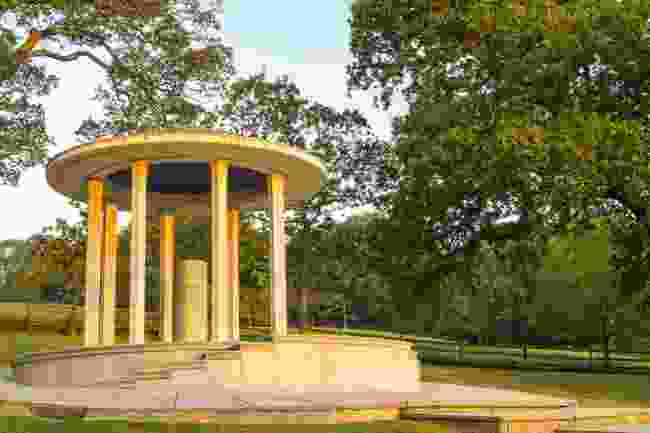 It was here on 15 June 1215 that the Magna Carta – a royal charter of rights recognised as the earliest record of British law – was born. This 6km circular walk takes you beyond the monument to the document to ancient woodland and meadows that make this area biodiverse. En route, look out for long-tailed tits that nest in the crevices and cavities of ancient trees, and the reed warbler in springtime in the wetlands.

This walk will also take you past Langham Pond, a wetland area of Special Scientific Interest owing to its variety of endangered flora and fauna.

10 things to do in Surrey during lockdown