Art historian Gus Casely-Hayford set out to discover the landscapes that inspired classic paintings by the likes of Constable, Turner and Hogarth. Here are 6 extraordinary art-inspired British walks 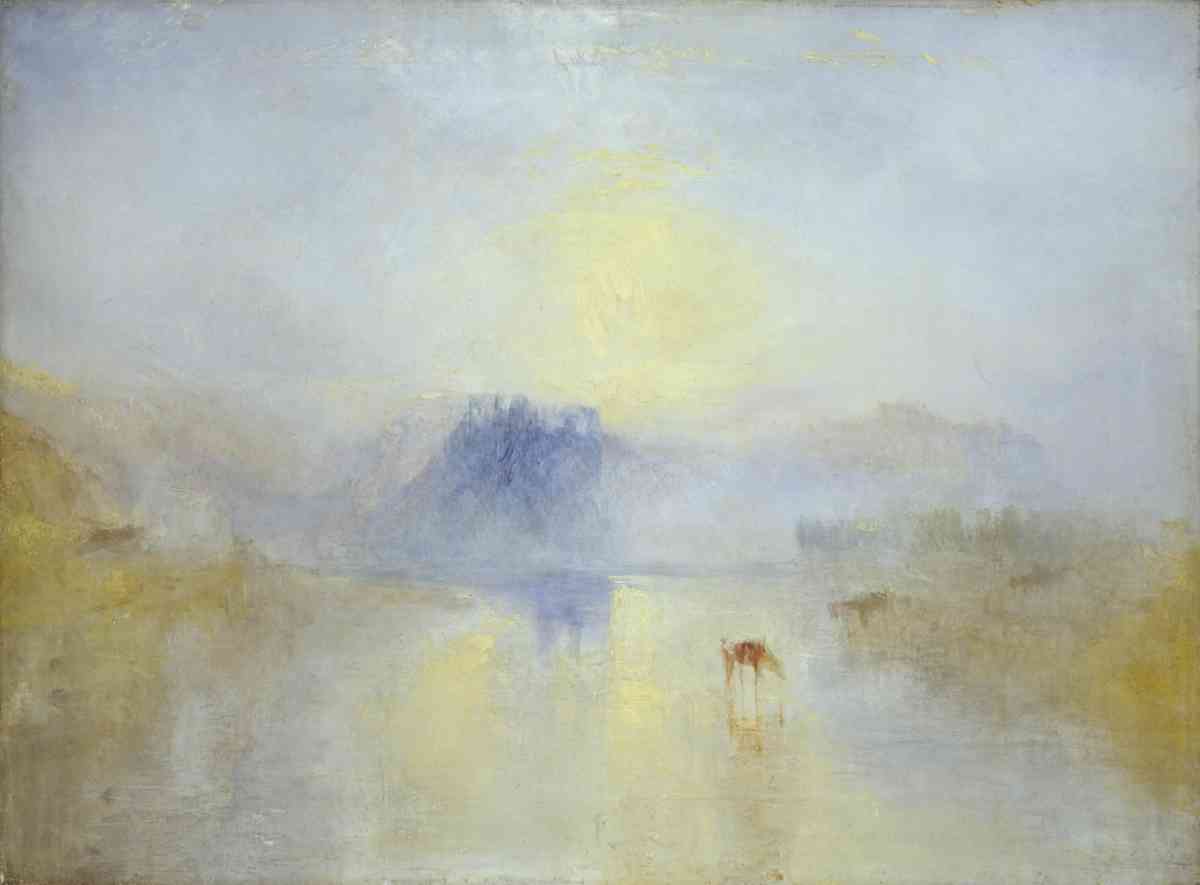 The painting: Turner was the great visual chronicler of his time. He was there when parliament burned down. He captured the last slaving ships.

Turner also innovated on canvas, showing formidable range and unrivalled imagination. There were certain views that he returned to again and again. Perhaps most movingly, he repainted Norham Castle many times over the course of his career. But it is his final view of the castle that is the most astounding: an ethereal essay about mortality, the border landscapes and light. 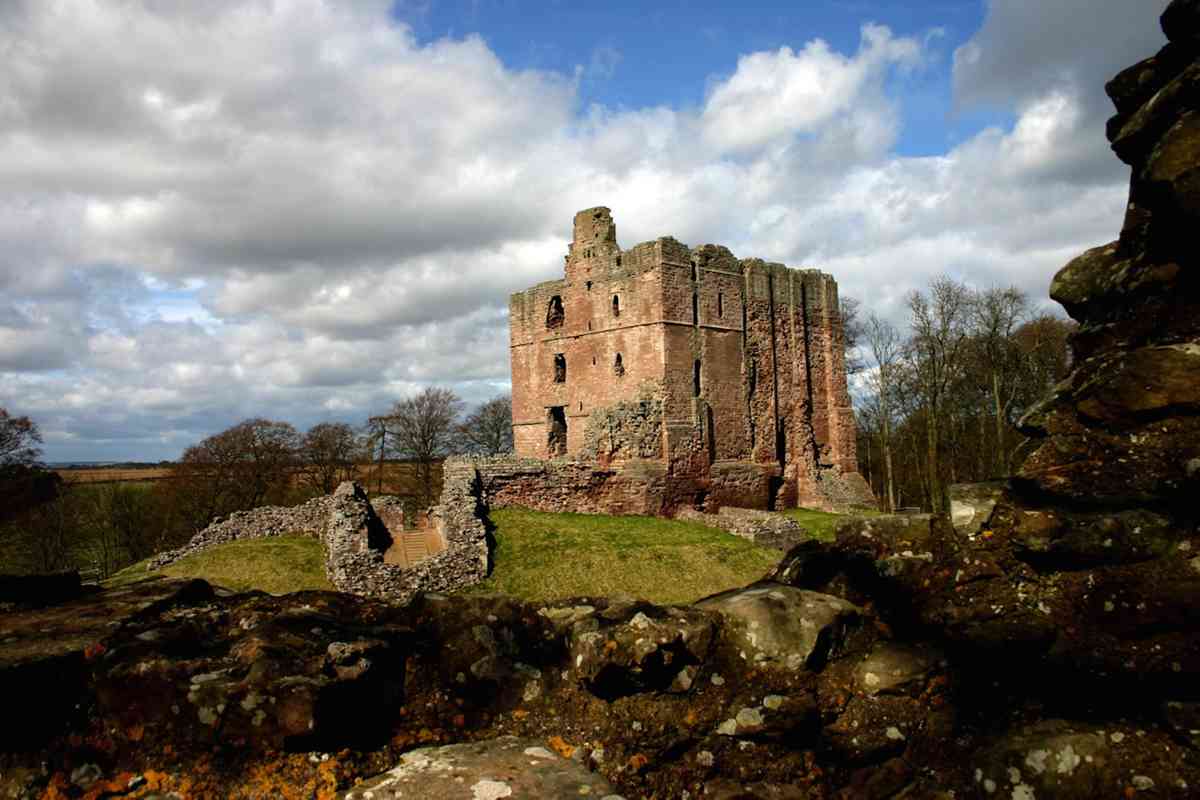 The version of Turner's Norham Castle that we looked at was from sunrise, which he painted very close to the end of his life. It feels like the lament of a man who realises that what he’s got ahead of him is probably the end.

You can still walk that path and see those views. You can understand why they affected him so much because it’s a landscape that feels like it’s on the edge.

It’s a place that has been fought over for centuries by the English and the Scots. You can see the scars of that fight across the landscape. The weather has turned those things into beautiful pieces of geography, carrying the scars of history magnificently.

This one is quite a tough walk because of the testing terrain and changeable weather. You’ll trek up a hill and see half a dozen weather patterns disappearing over the horizon. You’ll walk through patches where it feels like there’s a beam of sunlight sitting over you.

The painting captures the sense of light changing by the second, of weather being alive and all-encompassing. You can stand in front of the painting and feel all of that profoundly, then walk the landscape and see how accurately Turner rendered it. 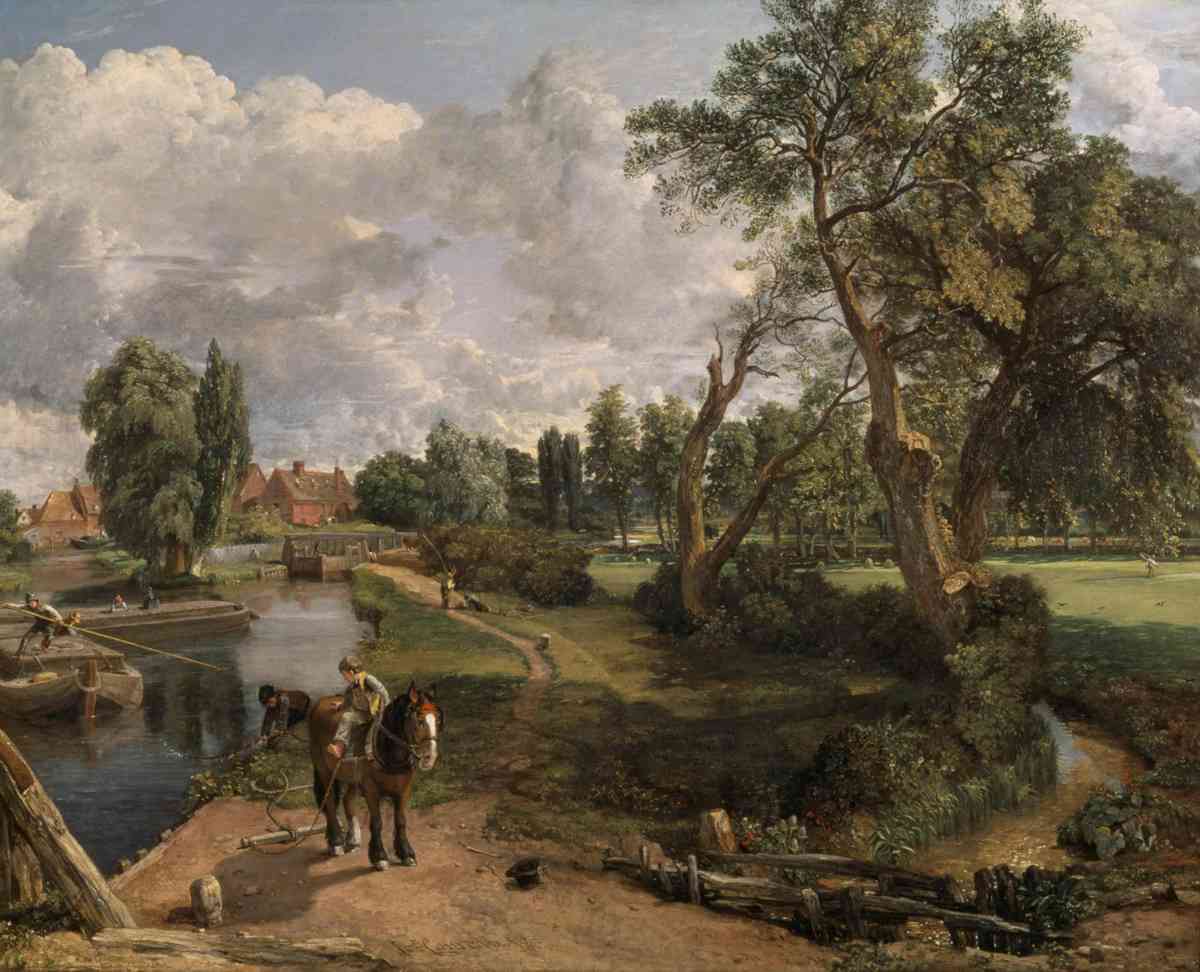 The painting: Constable’s images waft into my consciousness when I am abroad and missing home: quintessential Englishness on a canvas. But these canvasses are not what they immediately seem.

This is painting that holds narratives of personal pain and disappointment. It is work that was met in its time with scepticism and resistance, work that tells stories of industrial change and resistance.

Constable’s art is in actuality not twee and idealised. It defines an important chapter of English history, and does so with technical brilliance and great integrity. 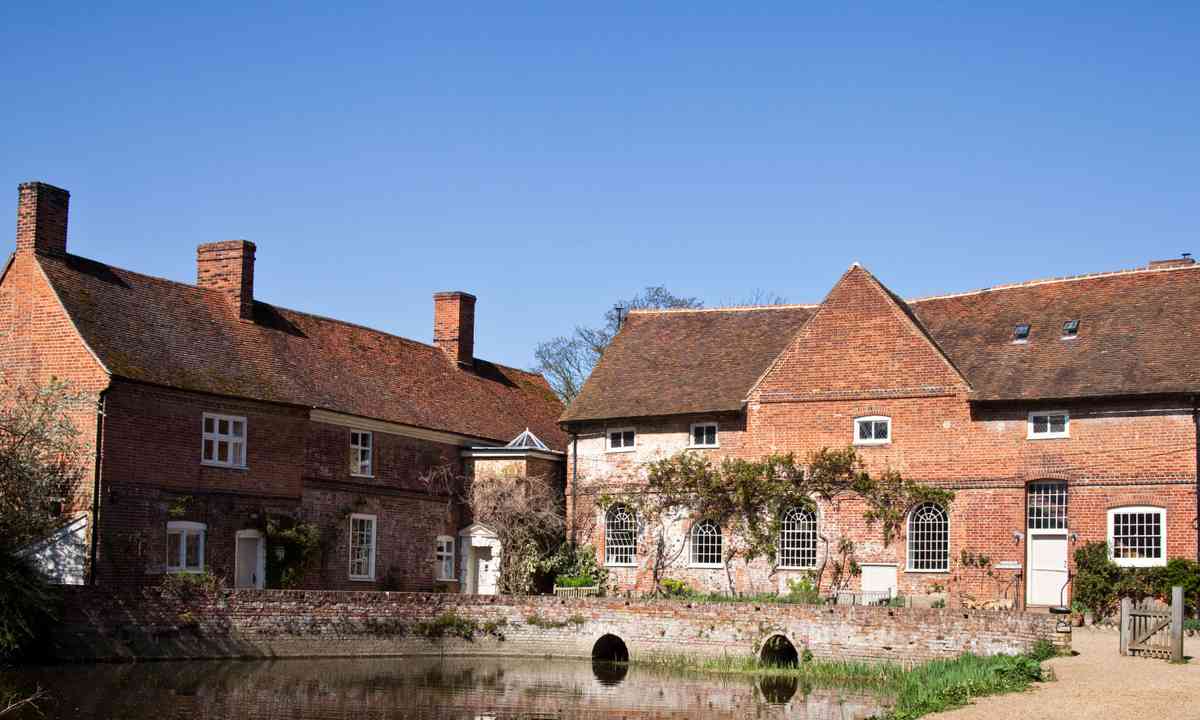 You can still see how honestly Constable rendered these landscapes by following in his footsteps and walking the paths that inspired them.

The great thing about this particular walk is that you can see so many of his views. Take some of his well-known works on a postcard with you and you’ll be able to match up those views precisely.

The landscape is idyllic, with mills by the side of rivers, meadows full of wild flowers, orchards and beautiful trees.

Constable was obsessed not just with the landscape, but also with the weather. He paints rainbows endlessly. If you visit at any time of the year other than mid-summer you will see every kind of weather, including these magnificent rainbows.

3: The Derby by William Powell Frith

The painting: This part of Surrey has always been a gateway between worlds, a place where rules might be gently bent and occasionally broken. It drew one of Queen Victoria’s favourite artists, William Powell Frith, here in the mid-19th century to capture one of the most glorious social occasions: the Epsom Derby.

The annual horse race remains one of the few occasions when people of every social class gather to throw themselves at the mercy of luck, casting bets in one of the great flat races. Powell Frith depicted the Derby in all of its uncomfortable glory: the wealthy, the conmen, the philanderers, the gypsies. It has barely changed since then. 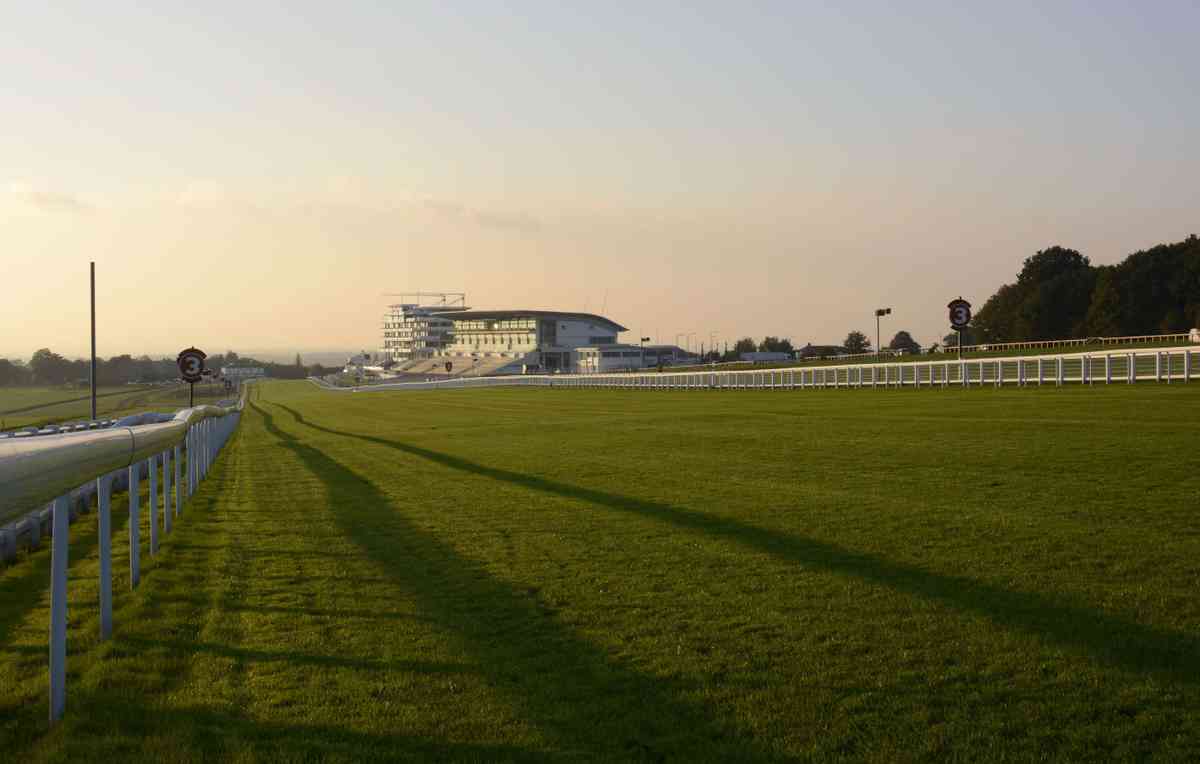 You can walk right over the Derby course and from there across Epsom Downs, which is glorious. It’s a bit of Surrey that I have memories of from my childhood. It reminded me of how beautiful the scenery is there.

Half an hour from the centre of London, you reach this gorgeous green landscape. It’s an area that once upon a time was used for hunting. It still feels a bit wild.

You can walk that section of the countryside, out beyond the racecourse and down onto the Epsom Downs, where there is spectacular gorse and heather. If you look northward, you’ve got the London skyline in the distance. To the south, there are spectacular undulating hills. It’s a reminder of the complexity of that bit of Britain and of how wonderful it is. 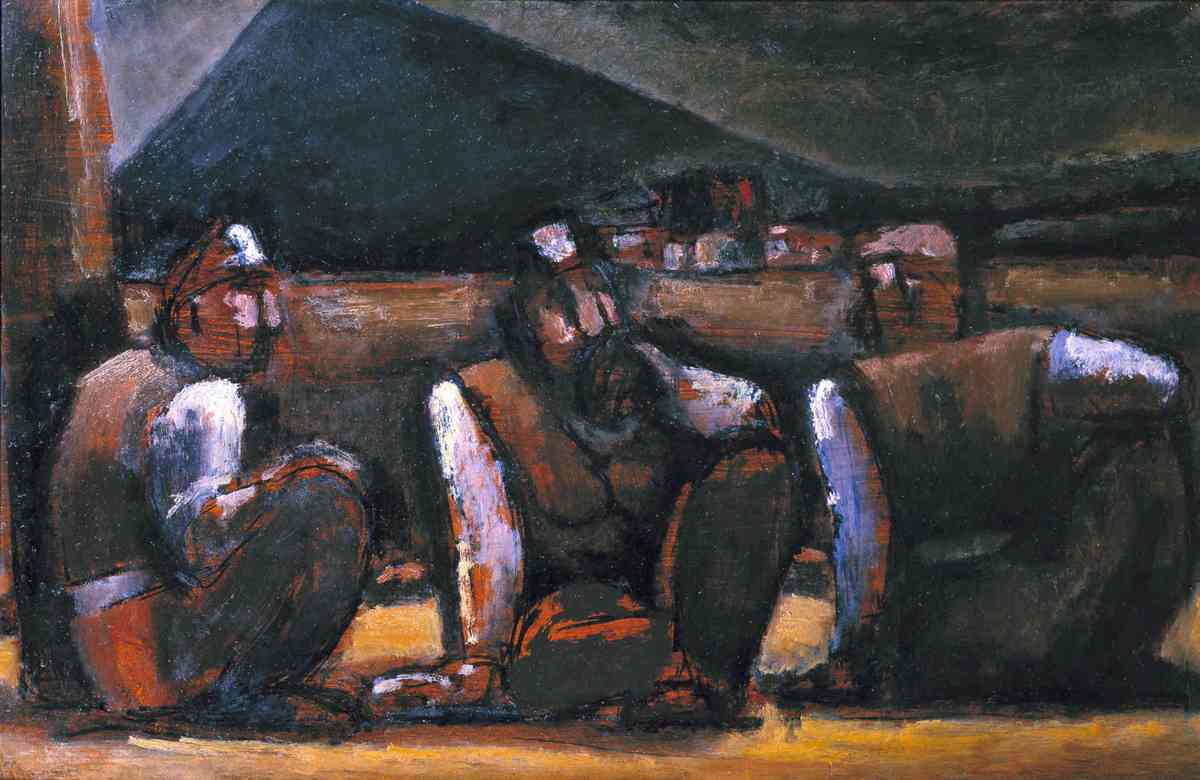 The painting: Despite the ruthless decommissioning and deconstruction of South Wales’ once industrial landscapes, there remains a poignant, palpable industrial heritage that lives on vividly through memory, though culture and perhaps most profoundly in a body of landscape paintings by Josef Herman.

Herman painted the final generations of miners and he gave them a god-like aura, made South Wales seem like it had been wrought in a furnace, and ennobled its industry. 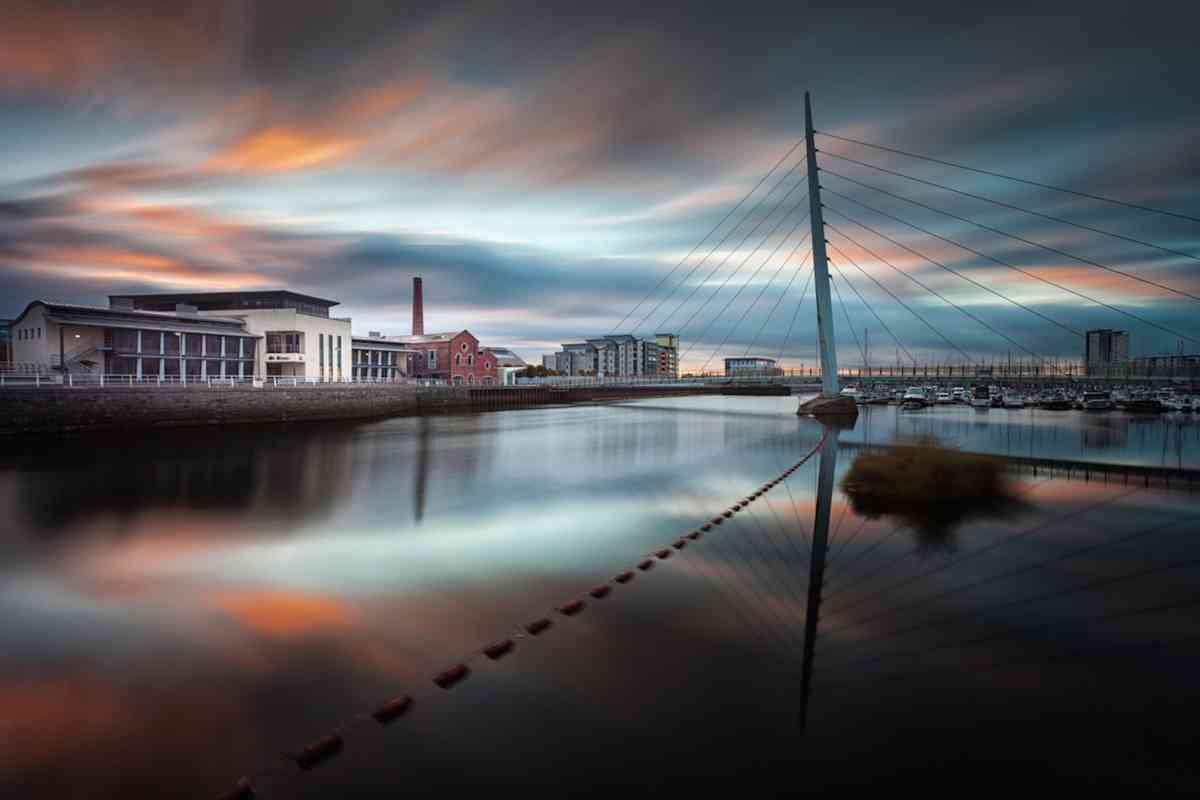 The scenery here is stunningly beautiful. In every direction you look, there are hills crested with trees and bushes. It's the Wales of dreams.

Between these hills are small villages, detailing the area’s incredible industrial history. The miners in the painting are sitting beneath a slag heap, which has now gone. That whole industrial heritage has been wiped away, along with that way of being. Herman was capturing one of the last generations before mining was no longer seen as viable.

The villages are still gorgeous and filled with people who believe in community. There are beautiful houses along with this incredible feeling of warmth and togetherness.

It’s not an easy walk. We hiked over hills in horizontal rain. However, those downsides are matched with the most monumentally stunning scenery.

The area has these uplifting green villages, with an almost quaint but rugged architecture. It’s a genuine place that's full of spirit and beauty. 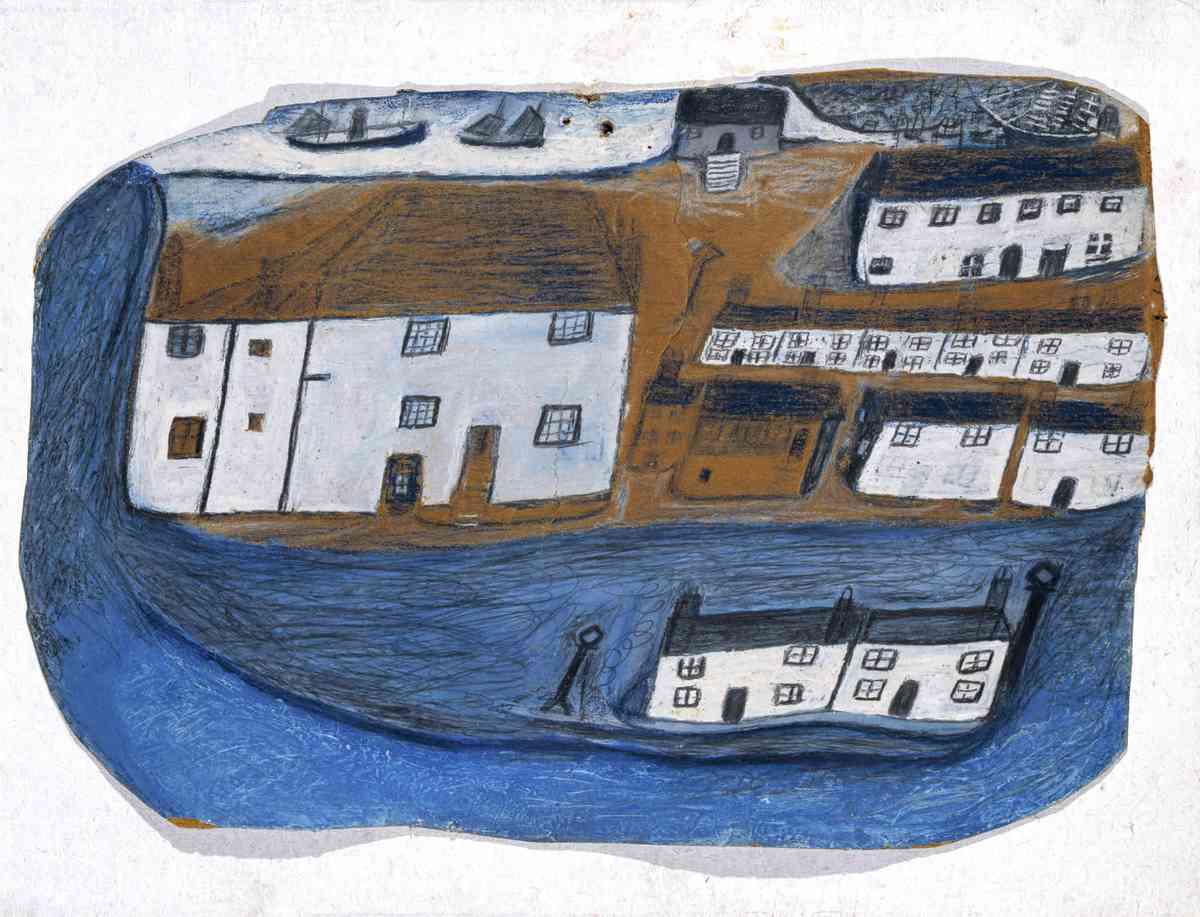 The painting: As a young boy in the 1870s, Alfred Wallis left his home in Cornwall and joined one of the many fishing schooners to take on the big waves and big fish of the North Atlantic. It was an apprenticeship that would sear itself into his memory. Years later, after the death of his wife, the stories of Wallis’s boyhood would come cascading out as a series of astounding paintings.

Scenes of fishing towns so accurate that you can still use them like maps. It is a body of work that captures the bravery of a fishing community, that shows a people un-cowed by the sea, unchanged for centuries, but eventually shattered by the ravages of modernity. 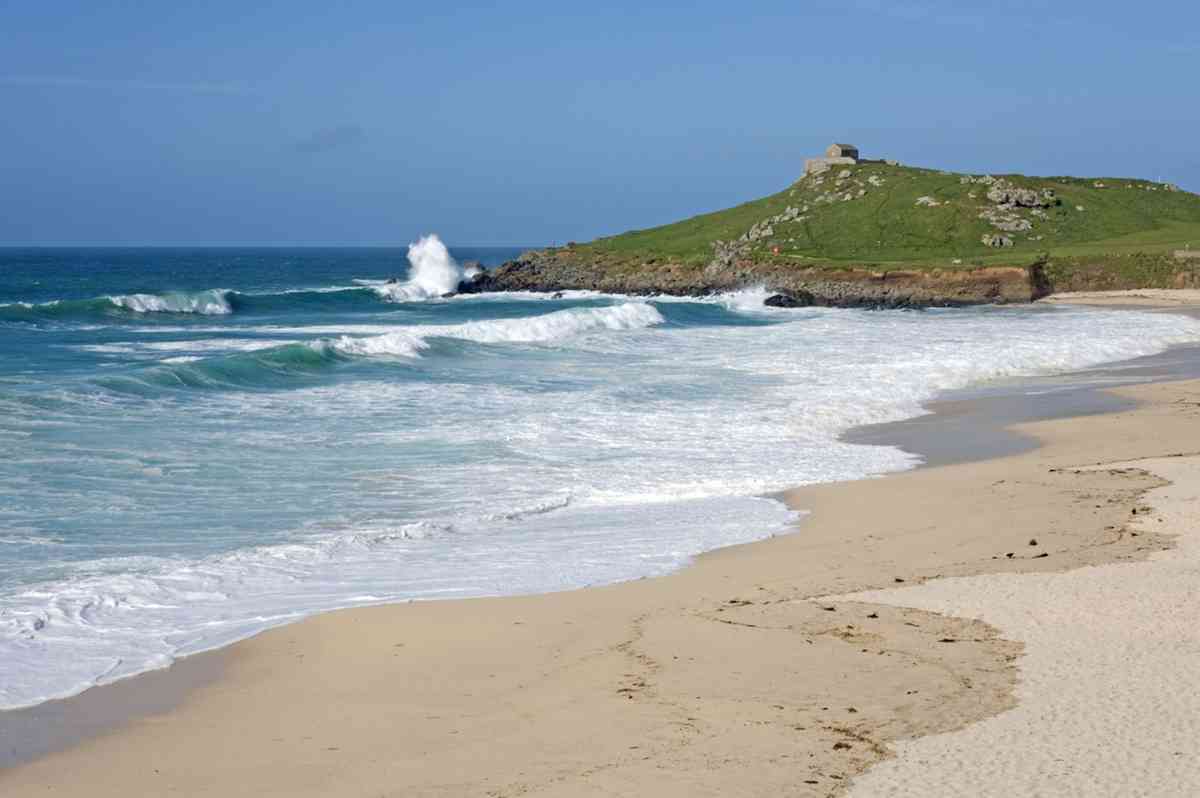 The walks run through a labyrinth of lanes and small roads. They cut through tiny fisherman’s cottages, up hillsides and then down beyond the edge of the town, into green areas overlooking the sea. The sea serves as a constant reminder of this central force that drives the economy and culture to work.

Walking down there is glorious because you’ve got the history as well as these amazing landscapes. From St Ives, if you walk along that stretch of coast it is very much unchanged. You could hold up dozens of these Alfred Wallis paintings and match them to the views. There is now a Tate Gallery in St Ives to view Wallis' paintings. 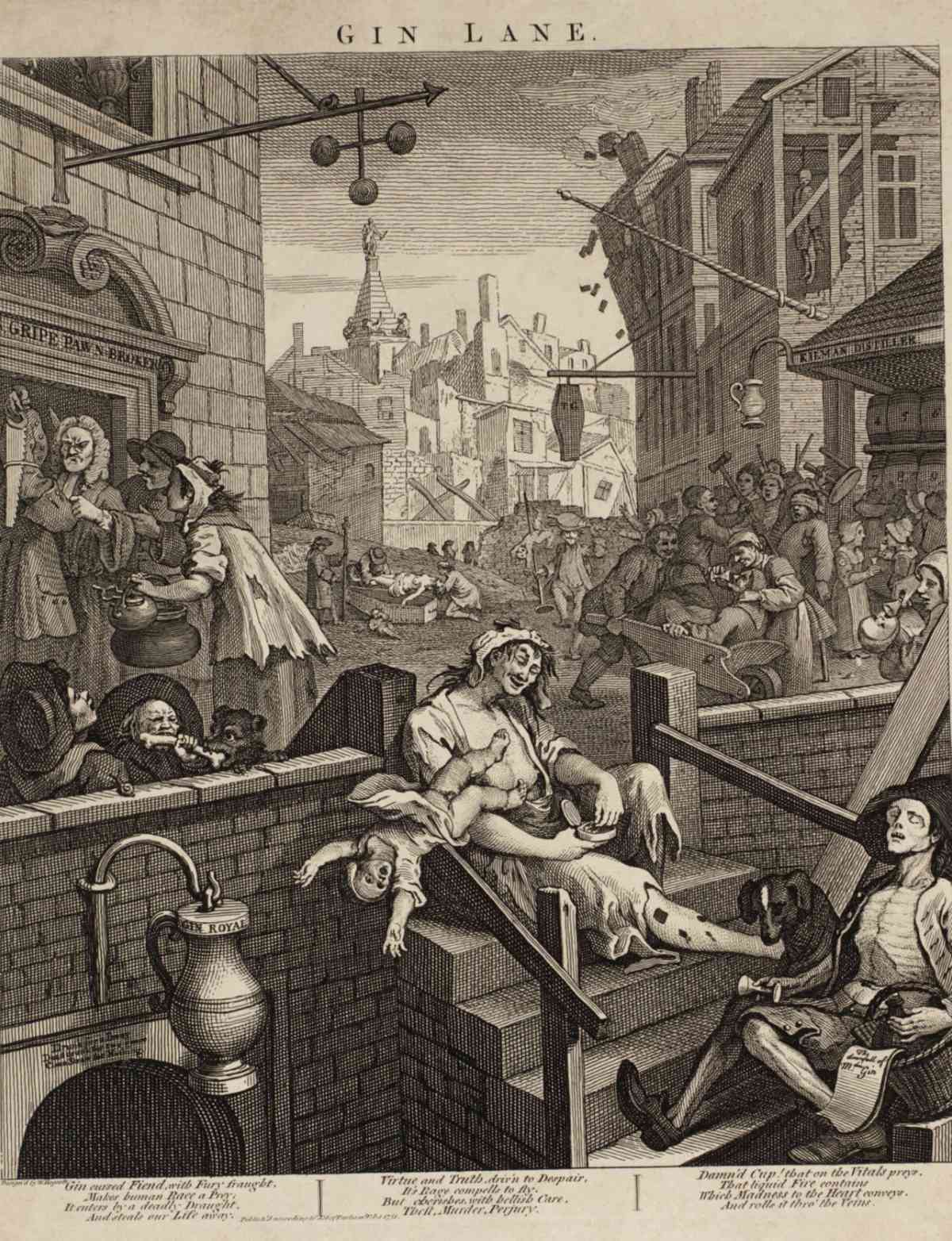 The painting: In his uncompromising 1751 print Gin Lane, Hogarth depicts the area as a hellish landscape of the drunken and depraved, ambling amongst utter dereliction. It's a world made and destroyed by gin.

St Giles was the site of plague pits, ancient grave yards and brothels. 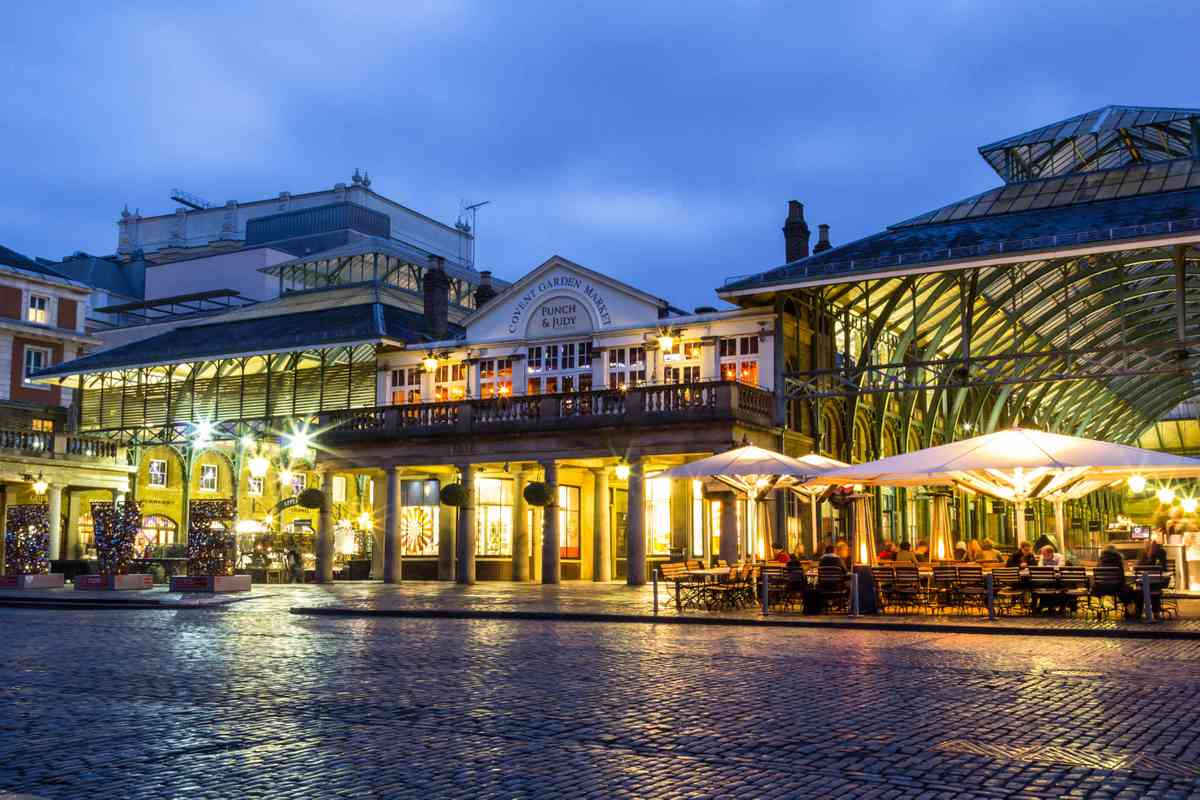 If you want to do a good Hogarth walk, I would recommend starting at Tate Britain, where you can see Hogarth and his whole family.

I’d walk up towards the National Gallery on Trafalgar Square, then to the print shops, just beyond Leicester Square, which are a block away. They are largely unchanged from when Hogarth used them to create his original prints in the 1730s to 1750s.

You can move on to Covent Garden to visit a scene from one of his paintings. You'll finish at Sir John Soane's Museum to view another one of his great works. It gives you a sense not just of Hogarth’s London, but how little bits of the city have changed since, over time.

Tate Britain's Great British Walks airs on Sky Arts at 9pm on Tuesday May 02 and is available on Sky Arts Catch Up.

The list of walks connected to paintings is on the Tate website:www.tate.org.uk/tate-britains-great-british-walks