With sun, sea, hiking and adventure, Elizabeth Atkin says that the mountainous island of Madeira – adrift in the Atlantic from mainland Portugal – makes for a perfect escape all year around…

Shake it like a Polaroid picture!” my guide shouted as our Jeep juddered over mountainous oﬀ-road terrain on our journey from Madeira’s rural north to the equally hilly but sun-kissed south.

Each jolt from my seat was made easier by the views sweeping dramatically down the mountains to the villages below, towards the unending ocean. So high up that my ears almost pop, it becomes obvious that Madeira is far from a ﬂy-and-ﬂop destination. Almost everything in the island’s rural north is an assault on the senses, smacking you with just about every element.

You’ll emerge with salt-encrusted skin after several invigorating hours of often-fruitful whale- and dolphin-watching on the glowy blue waters oﬀ Machico. Hiking along any of the island’s levada trails, which together cover more than 2,000km, is likely to leave you covered calf-down in mud. And thanks to Madeira’s multiple microclimates, you never know what weather you’re going to get – but it’s practically guaranteed you’ll get drenched at some point.

It’s an intense reprieve from the monotony of lockdown, and it’s easy to let go and enjoy given that Madeira’s handled the COVID-19 pandemic swiftly. There have been few cases on the island – in part due to its rigorous approach to testing – that if it weren’t for the mandatory mask-wearing, you’d forget there was a virus at all. On arrival, you’ll be swabbed then go oﬀ to isolate until your result is emailed to you 12 hours later. At which point, the island is yours...

Madeira does health crises and adventure well, but in the island’s south, things are more relaxed, with the weather more favourable for a warm winter getaway. The underrated capital, Funchal, is known for its art, Gothic cathedral, boutique hotels and a variety of festivities along Avenida Arriaga. Lingering south, you’ll ﬁnd the pretty village of Ponta do Sol, with plenty of local delicacies – try the black scabbard ﬁsh or sweet fortiﬁed wine – and tumbling coastal scenery along the way. That Polaroid camera will need more ﬁlm in it. 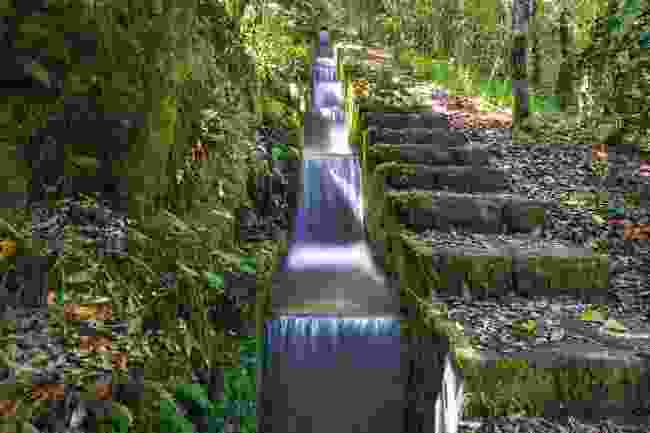 Little seems less fascinating than a water supply system, but Madeira’s unique, open-air irrigation channels – called levadas – form the backbone of some of the island’s finest hikes. One of the best is the Levada do Rei: an 11km, four-hour trek through dense forest in the north.

You’ll encounter lily of the valley (among other native flora), tackle tight spots and tunnels (in non-slip walking boots, please), walk directly under a natural waterfall (these, surprisingly, are a fairly common roadside sight in Madeira) and turn back to your starting point after reaching the trickling Ribeiro Bonito stream.

The forest itself is unique, too: Madeira’s subtropical Laurissilva is UNESCO-protected, for it remains the largest area of laurel forest left on planet earth.

The number of seasons you’ll experience in just one day while you’re in Madeira, as the locals will often warn you, thanks to its 20-plus microclimates. One minute: sun. Next minute: torrential downpour. Layer up!

Madeira island’s length (in km) from Ponte de São Lourenço in the east to Ponte do Pargo at its western point.

Career goals scored by local pride and joy, Cristiano Ronaldo, as of Aug ’20. Born in Funchal, the footballer went on to play for Man Utd, Real Madrid and Juventus. You’ll see ‘CR7’ all over the island, including in his own museum. Even the airport dons his name and image.

If you only do three things... Enjoy Madeira’s wonders of nature 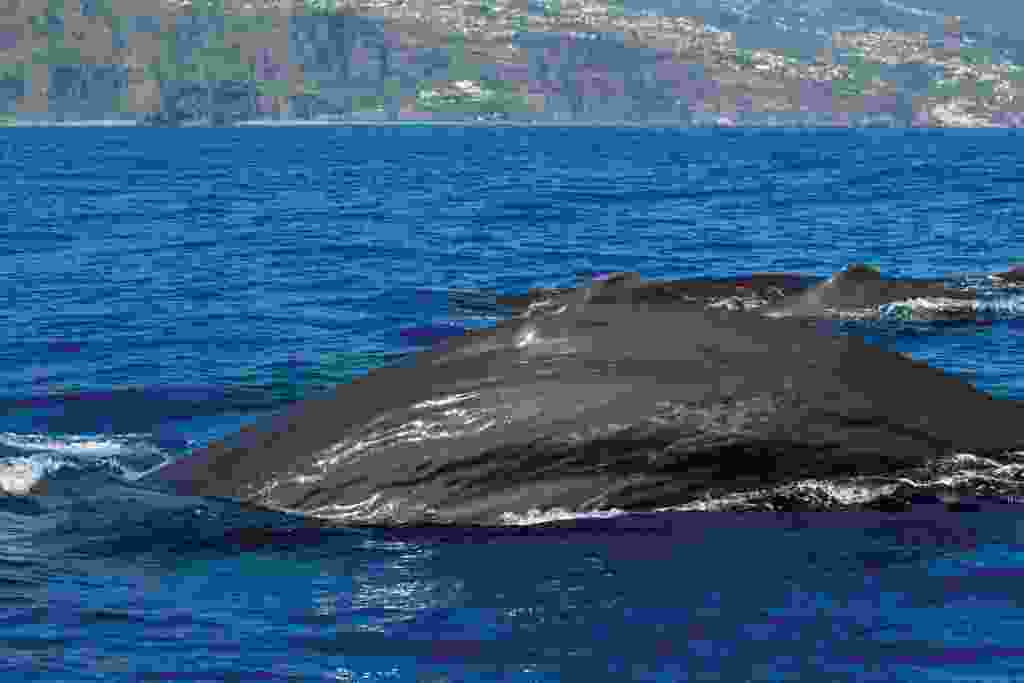 Set off from Machico Marina to spot – depending on the season – sperm, fin and pilot whales. Dolphins are also common, as are seabirds, including numerous shearwater and petrel species. madeirawildlife.com 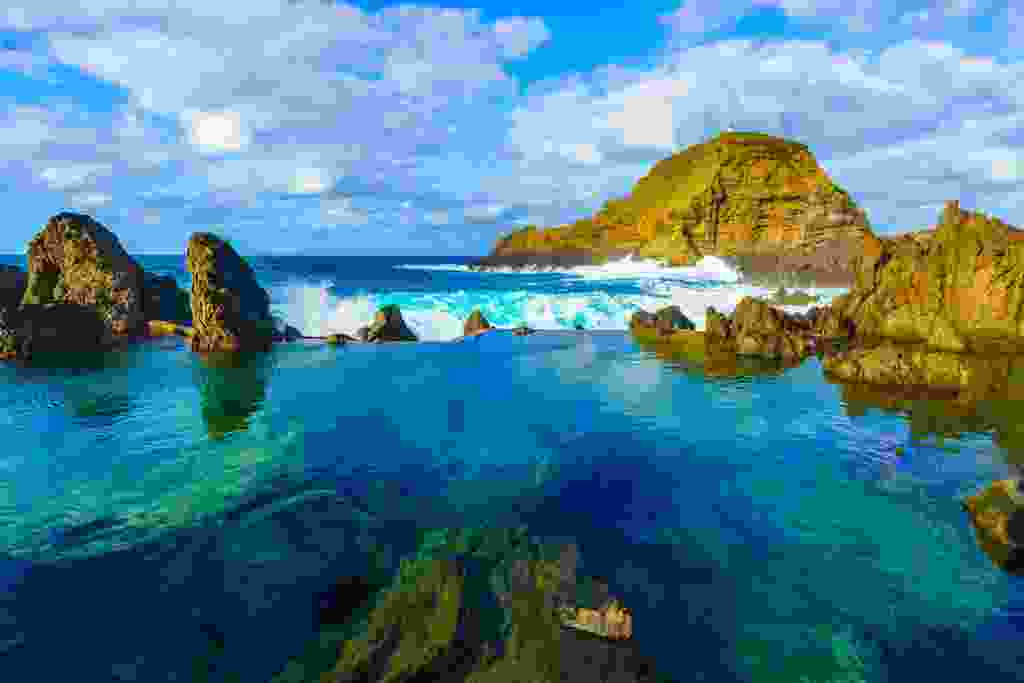 The region of Porto Moniz, in Madeira’s north-west corner, is home to Instagram-worthy saltwater pools formed over thousands of years by volcanic lava. Going for a dip is encouraged.

Look down at Lomdo do Mouro

Lombo do Mouro is perhaps the most spectacular viewpoint on the island. Hiking tours are available, though we recommend driving with a guide on a jeep safari with Adventure Land.