When it comes to travel photography, most people opt for either a DSLR camera or their mobile phone. However, there are plenty of other options to get unique shots… 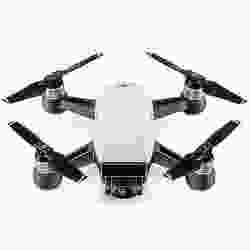 In recent years drones have become more affordable, and top manufacturer DJI have finally launched a budget model. Similar in size to a can of Coke and hitting the scales at just 300g, it’s easy to transport wherever you go.

The camera offers 12 megapixels and can capture 1080p HD video at 30 frames per second. The wide-angle lens has a bright aperture of f/2.6, offering good performance in low light, and it comes with electronic image stabilisation, meaning video footage is sharp and free from vibrations.

To control it, you can either use hand gestures or get the smartphone remote-control kit. The maximum flight time is 16 minutes, so it’s worth investing in a spare battery as the remote control extends flying range from 100m to over 1km. The main drawback is that you can lose control of it if it’s a particularly windy day; it does, however, have a handy ‘return home’ feature, which makes it much easier to land. The Spark is also handily equipped with sensors to help you avoid running it into something.

Verdict: A fantastic way to try drone photography and filmmaking without breaking the bank – or your back. 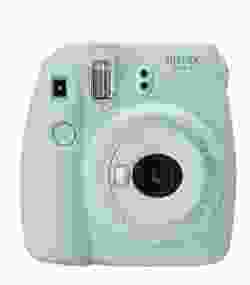 The instant print camera has made a comeback! How many times have we been to a local village market or homestay and promised to send the person we photographed an image but never got round to it? While Polaroid’s instant cameras can be hefty and expensive, Fujifilm has come up with this cheaper option that – due to its rugged build – is great to just throw in your luggage.

There is no built-in zoom, but there is a close-up lens that you pop out, enabling you to take a picture at a range of just 32cm. There is also a built-in flash and you can change the mode depending on conditions. The shutter speed is 1/60th of a second and lens aperture is f/2.4. Most handy is the ‘selfie mirror’ on the front, which allows correct framing for selfies.

Photos can sometimes look a little overexposed, especially in brighter light. It hits the scales at 307g and is roughly the size of a squat book. Some may complain that the film you need to buy for the camera costs £15 for ten photos (which works out at £1.50 per picture).

Verdict: A fun, cheap option that enables you to print off instant photographs to give to those that you meet on your travels. 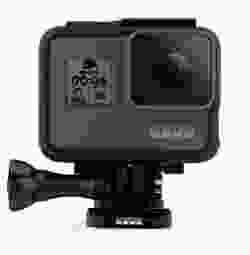 A 5cm touchscreen gives you the ability to zoom in with your fingertips. It also offers a timelapse function and allows you to record in slow motion, plus there’s a microphone for capturing sound. The GPS means you can record the location of photos and videos; perhaps more impressive though is that the Hero 6 is waterproof to 10m without having to buy any housing for it. Battery life is not as good as you might hope – two hours at most – but spare batteries are only £20.

Another new feature is the smartphone app allowing you to edit footage and automatically share it on social media. You can turn it on by simply saying ‘GoPro start recording’ – in practice not always effective. There is a night-time mode for photography in low light, but this is still fairly grainy.

Verdict: A great option for capturing action – especially watersports – when you don’t want to damage an expensive DSLR. 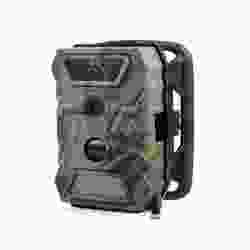 One of the most affordable motion-activated camera traps is the OutbackCam, handily camouflaged to blend into the surroundings. It has a 12-megapixel, 3.6mm camera offering 1080p HD video at 15fps and night vision up to 15m away, with infrared illumination that can be switched between 19 and 40 LEDs. It can be a little hit or miss – many of my first images came out slightly blurred or overexposed, but learning to use it can be fun (if sometimes frustrating).

It’s powered by four AA batteries, which should last a night outdoors, but can be extended to eight cells. The casing is durable and water resistant and the manufacturer says it can operate in temperatures as low as -20°C. It certainly is rugged and survived several nights out in winter conditions.

It’s capable of capturing seven shots in a row each time it’s triggered. You can change the megapixel settings, but any video footage is shot in just five megapixels in HD quality. You can set a delay to keep recording every five seconds or anywhere up to ten minutes if needed.

Verdict: An interesting prospect for would-be Attenborough types, but it can take some getting used to and image quality is variable.

How we did the test…

We asked gear manufacturers to submit the non-traditional cameras that they felt were most suitable for travellers. Our editor-at-large, Phoebe Smith, then took them out on the road to see how they performed in test conditions.

Always important, but particularly when considering that one of these cameras isn’t likely to be your primary device, but instead an additional item to capture something different.

Look at the megapixel count – higher means better image quality. The lens’ focal length and aperture dictate how wide the view and how the camera performs in low light. High definition is best for video, with 1080p good but 4K superior. Frames per second will affect how smooth captured video looks – the higher the better. Image stabilisation can eliminate a lot of camera shake and vibration.

Some countries do not allow the use of drones or camera traps and you may have your model taken off you at the airport (Morocco is one example when it comes to drones). Flying a drone could be an annoyance, especially in a peaceful place, so always be a mindful user. When setting a camera trap ensure that it’s not on private land or somewhere that would infringe on somebody’s privacy. Asking permission before taking somebody’s picture is not only respectful but usually means you build a rapport and get a better image.

Any camera will have to stand up to the rigours of travel, so consider if they have features that are appropriate for your trip, such as waterproof casing, shockproof housing and whether or not they’re made from a robust material.

Do I really need one?

The four options featured here are all about having fun and taking photography to the next level, whether that’s an aerial shot, wildlife photography, active filmmaking or retro-style shots. Think about what you would like to capture that your current camera isn’t allowing you to do effectively.