From the USA to Iran, Scotland to China, these are the breathtaking photos that made the shortlist of our Landscape category and the amazing stories behind them “I reached the summit of Slieve Bearnagh in time for sunrise. I remained there for several hours as the early morning light began to illuminate the frozen mountain landscape, which had turned white following an overnight fall of snow.” “On a strenuous, non-technical day hike in a wet canyon with many obstacles, I reached this fantastic natural creation on the left fork of North Creek, where the water flows through a long, tubular passage with only a narrow opening above.” 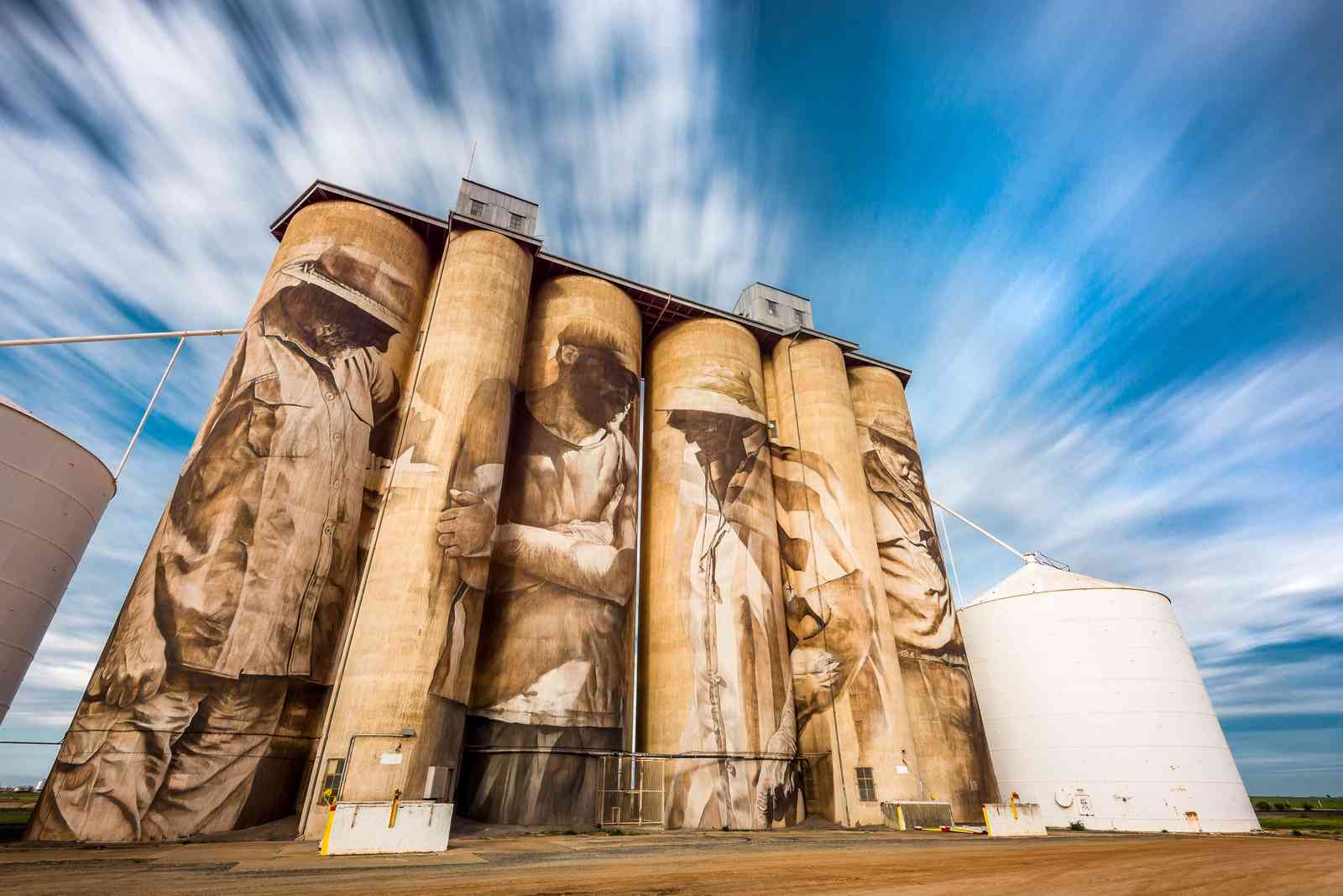 “This 29m-high artwork by Guido van Helten took three weeks to create and was completed on 4 January 2016. The characters are lifelong farmers in the town of Brim in central Victoria’s wheat belt. Three silos in the region have now been painted by various artists, with a further three to be completed in 2017 as part of the ‘Silo Art Trail’ – a tourism initiative created to bring new life into struggling rural areas.” 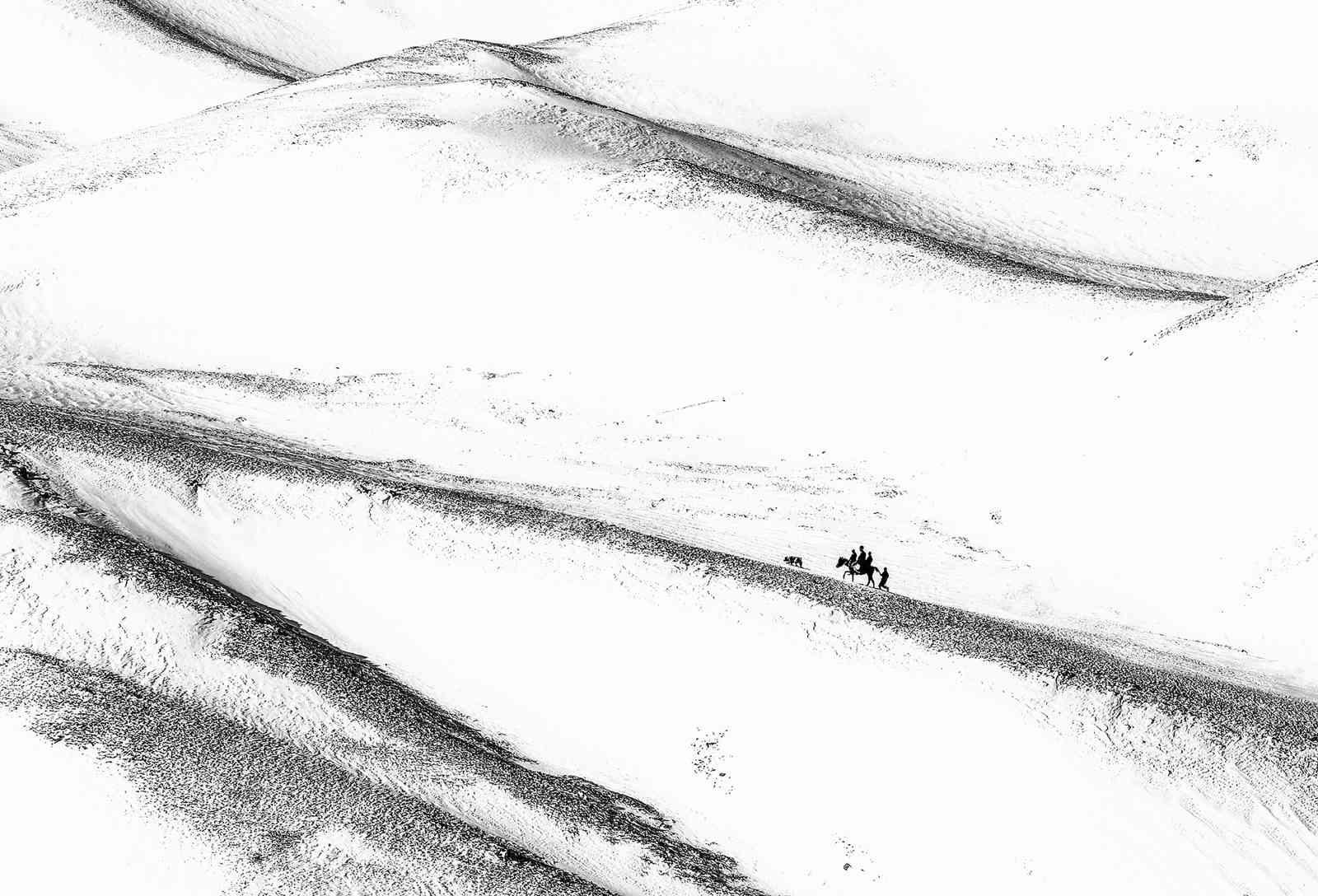 “The riparian forest in the Po Delta Regional Park is one of the last remaining spots of this previously widespread type of forest in the Po Valley. The southern catchment area of the Lamone River is very popular among landscape photographers, and hundreds of bird species find protected breeding and nesting grounds there. An overcast sky and the fresh green of young leaves were the ingredients for this photograph.”

From Scar Crags towards the summit of Sail Hill, Lake District, UK “I was out with two friends in March celebrating my retirement from the police. I saw the zigzagging path ahead, which in the snow was so distinctive, and it felt a photo opportunity. I waited for my friends to walk on ahead of me, capturing them at the crucial moment before they descended into the valley to begin the ascent of Sail.” 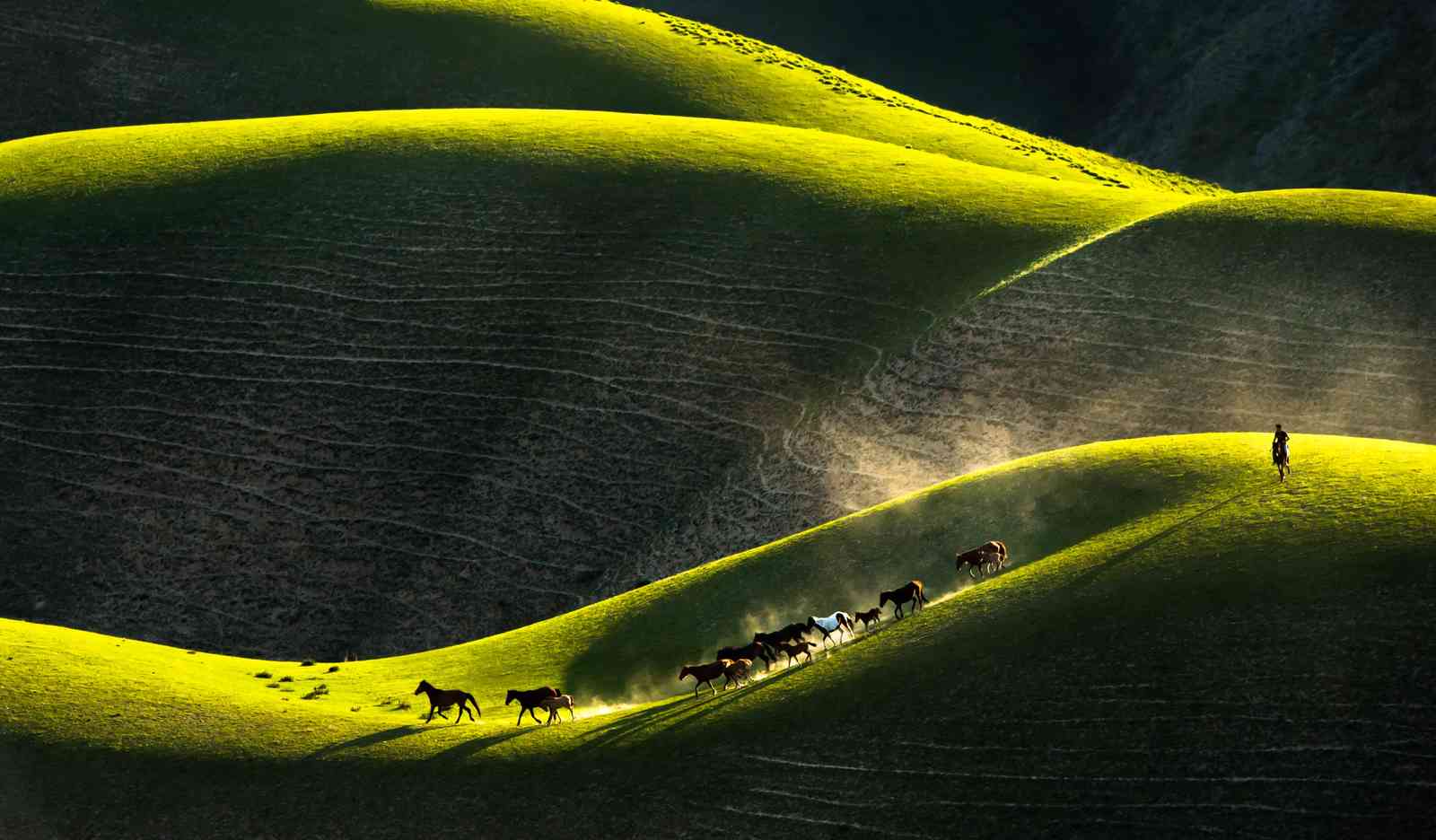 "Horses on their spring route from the winter lowlands to the summer highlands." 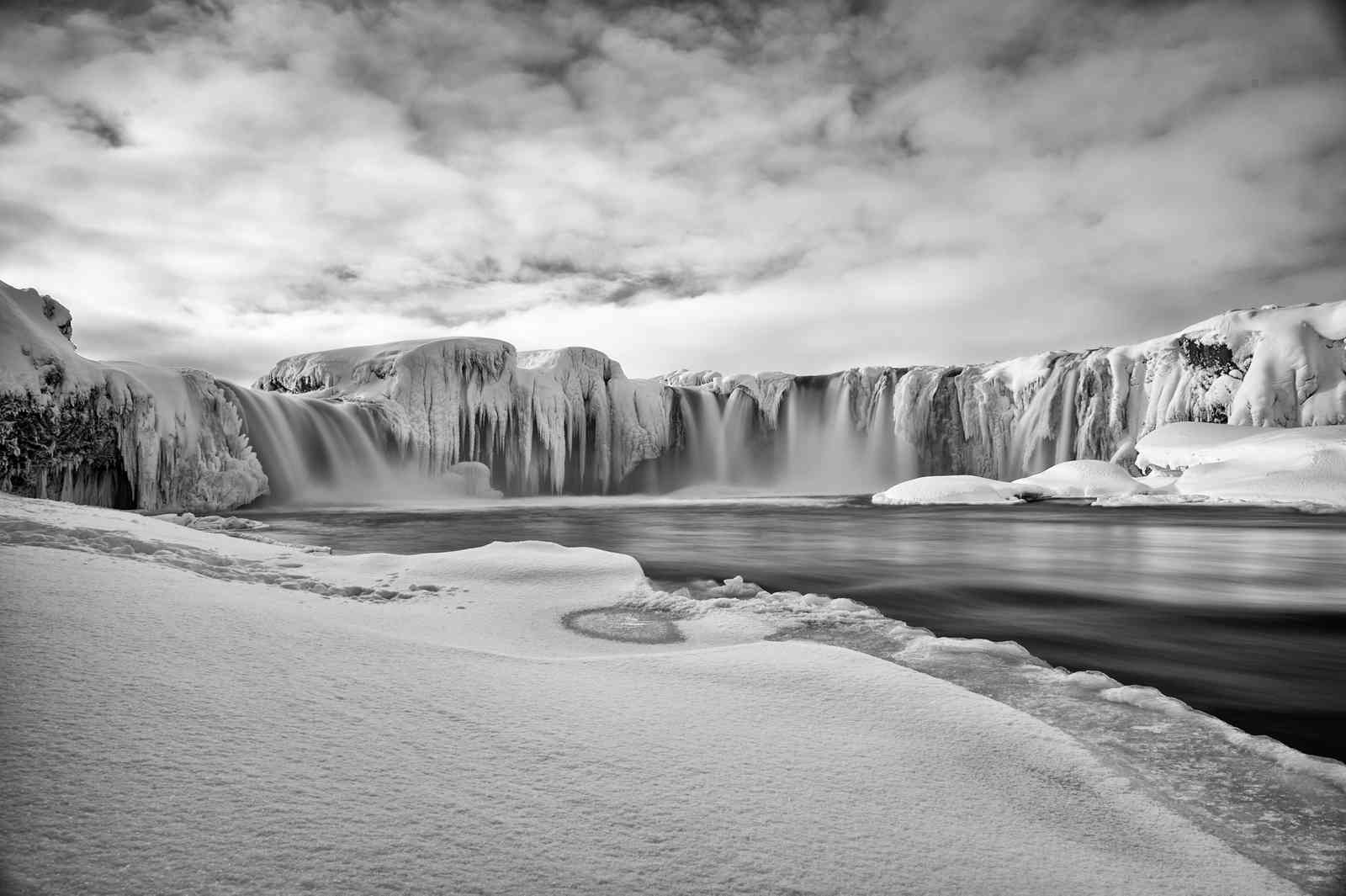 “Travelling to northern Iceland in February 2016, after its heaviest snowfall in 20 years, meant many closed roads and a change of plans. Luckily the road to Goðafoss stayed open and the falls were a beautiful sight, encrusted in ice. I walked to the side opposite the car park and down to the foot of the falls where the snow-softened world was peaceful and calm, even with the crashing water from the fast-flowing falls.” “The winds in El Chaltén, Argentina, blow up to 180km per hour, and on the day I hiked to Grey Lake in Torres del Paine National Park they were strong enough to blow people over. I noticed a brief window of sunshine on the fragmented ice from the melting glacier, and I held up my hiking buddies while I waited, crouched in the slush and wind, for the perfect wave. I managed to get this shot before the looming storm hit.” 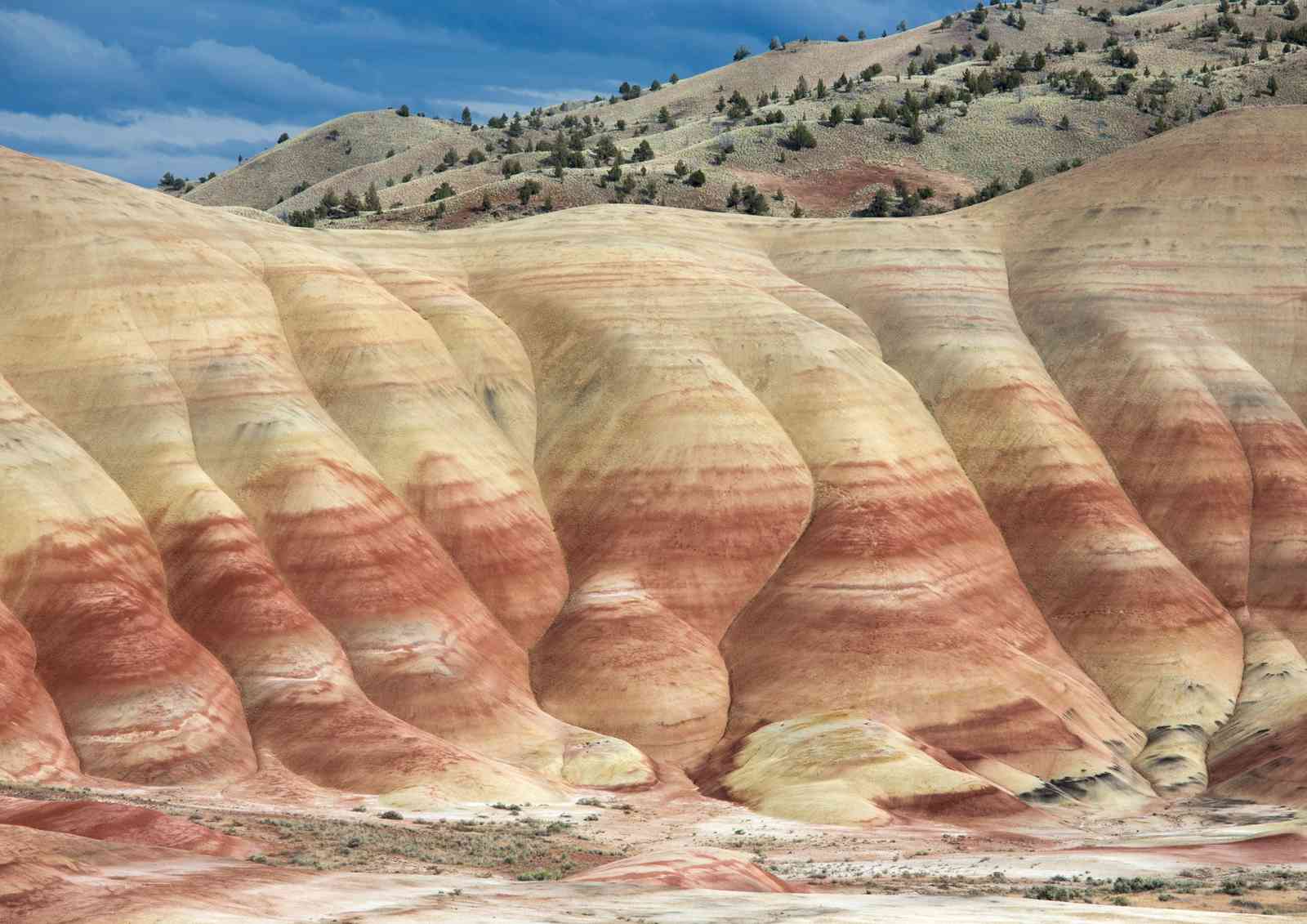 “In central Oregon, the Painted Hills form part of the John Day Fossil Beds – an extensive area of fossil beds where early horses and camels were found. The colours are formed from mudstone, siltstone, shale and laterite soil, giving beautiful reds, yellows and greys.”


The winners of the 2017 Wanderlust Travel Photo of the Year will be announced at Destinations travel show in London on February 3 at 4pm. The winners will receive a photographic commission to Thailand and all the short-listed photos will be on display at the Wanderlust gallery throughout the show.