Looking for unique Galapagos wildlife experiences? From walking with tortoises to swimming with hammerheads, these are the 5 must-do experiences in the world famous natural wonderland

1: Swimming with hammerheads off Kicker Rock 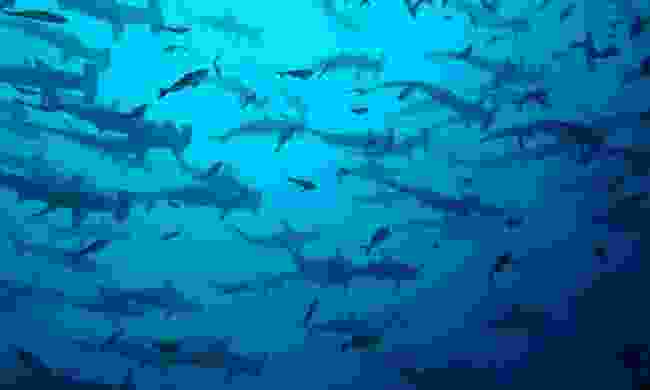 Ask any traveller what they loved most about their visit to the Galapagos Islands and chances are that they’ll say "snorkelling off Kicker Rock". This jagged slab of tuff cone, rising 500 foot from the sea just off San Cristóbal Island, is a deep sea snorkelling mecca, where what seems like every underwater creature in the archipelago gathers to feed off the rich nutrients that flourish here.

The moment you bob your head underwater you’ll be greeted by an incredible array of colourful tropical fish, rays of all descriptions and sea turtles riding the currents that swirl around the rocks. The area is also a playground for excitable sea lion pups who will be keen for you to join them in their underwater antics.

A highlight of any snorkelling trip to Kicker Rock is the sight of hammerhead sharks circling in the depths below you. They congregate here in large numbers and the sight of their distinctive silhouettes circling below will stay with you forever. 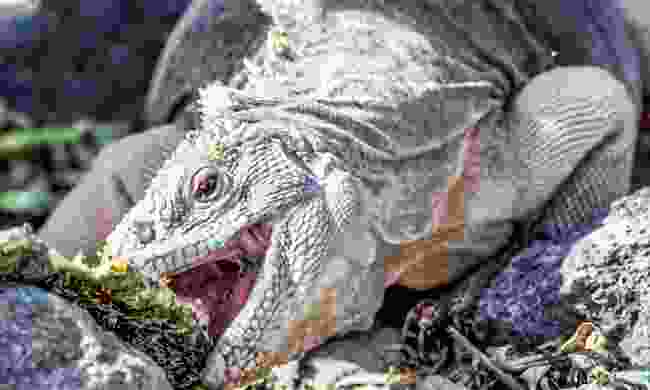 Fernandina is the ‘youngest’ island in the Galapagos and the most volcanically active. While there is little vegetation, it is one of the few islands without any invasive species, so the native wildlife has thrived. It is home to a huge colony of marine iguanas.

Fernandina is also where the famous ‘Marine Iguana vs Racer Snakes’ sequence from BBC’s Planet Earth II was shot. The footage of the plucky baby iguana dodging hordes of hungry snakes went viral around the world and shifted the island up people’s wildlife Bucket List.

Understandably, visitors are kept well away from the bubbling caldera at the centre of the island. However, the island’s constant volcanic activity means it is one of the few places in the world where you can witness molten lava flowing into the sea.

3: Walking with tortoises at the El Chato Tortoise Reserve 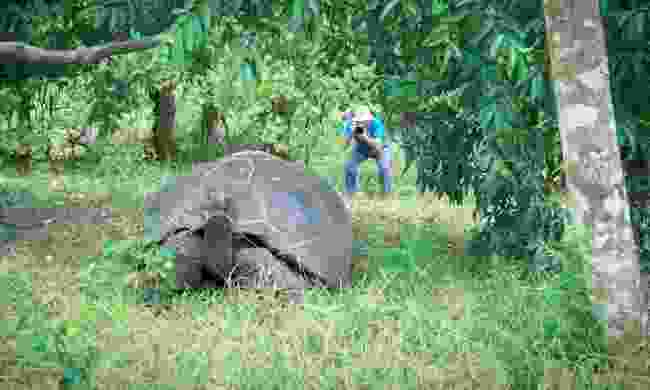 A tortoise on the loose in El Chato reserve (Jade Stein)

The El Chato Tortoise Reserve in the highlands of Santa Cruz Island is one of the few places in the Galapagos where you can encounter the islands’ most famous residents in their natural habitat. Here, amongst hundreds of acres of endemic high pasture and Scalesia forests, you’ll find the gentle giants lumbering from the highlands to the coast and back again. This is what you go to the Galapagos to see.

The reserve comprises two areas, Cerro Chato and La Caseta, and is part of Galápagos National Park. It is a short walk from the small village of Santa Rosa and surrounded by a barrier to keep out invasive species that threaten the tortoises.

The area is also home to Darwin finches and vermillion flycatchers, as well as being one of best places on the islands to catch sight of the rare short-eared owl, endemic to the Galapagos Archipelago. 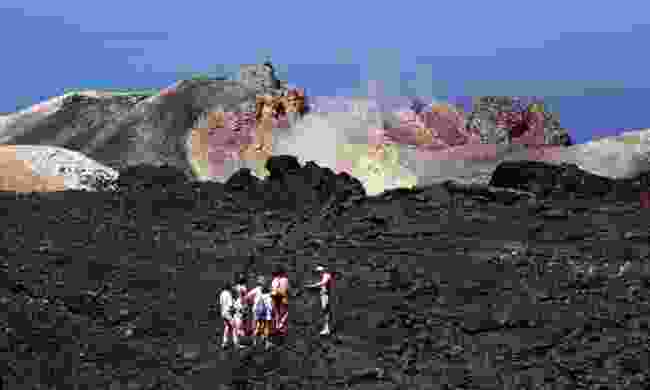 A ranger with hikers on Sierra Negra (Dreamstime)

Looking like something straight out of a Science Fiction movie and often covered in an eerie mist, the barren, grey slopes of Sierra Negra are peppered with glowing fumaroles and topped by a crater that is the second largest in the world. At 4,550 feet high, it towers over the island. When the fog clears, the views from the top are spectacular.

An 8km trail leads around the east side of the volcano where it is possible to walk all the way around the caldera. The hike is not easy. You’ll need sturdy hiking boots and plenty of water, and you cannot do it without a guide.

An easier option is to conquer the mountain by horseback, from the tiny village of Santo Tomás on the southeast side of the island.

5: Hanging out with Galapagos penguins on Isla Bartolomé 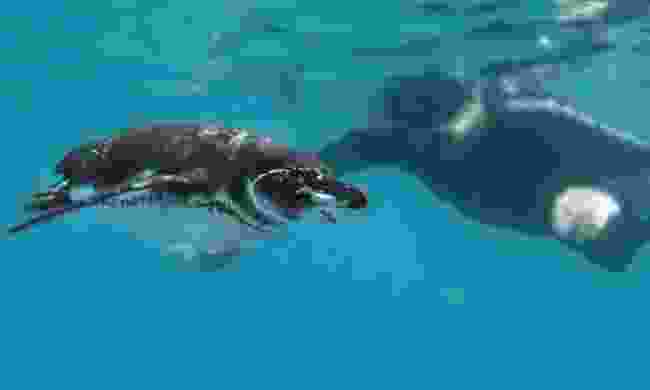 Snorkelling with a Galapagos penguin (Dreamstime)

Isla Bartolomé, a tiny island just off Sullivan Bay on Isla Santiago, is the best place in the archipelago to see Galapagos penguins. It's home to one of the largest colonies in the Galapagos. The rocks either side of the island’s small sandy beach are their favourite place to hangout.

The best way to photograph the penguins is to take a boat ride to Pinnacle Rock on the right of the cove. For a truly unforgettable experience, however, you’ll want to don your snorkelling gear and swim amongst them. It is the best way to truly appreciate their speed and agility as they dart around you, as well as observing the bright tropical fish and sea turtles that swim in these waters.

This article was sponsored by The Big Journey Company (thebigjourneycompany.com), but it is impartial and independent, just like all Wanderlust editorial.