Bummer! The world’s most-pessimistically named places and the stories behind them

Author Damien Rudd reveals the world’s most joyless place names, explains the stories behind them, and ponders whether Nothing in Arizona or Death in Finland should be on your next itinerary 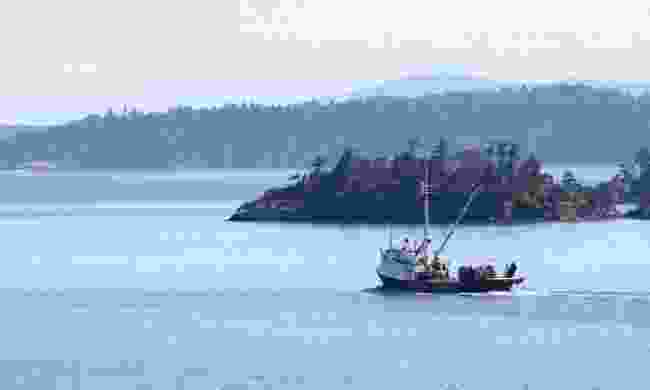 The islands of British Columbia (Dreamstime)

London, 1854. The city was in the throes of yet another plague outbreak, a succession of deadly waves that, since 1831, had devastated the city’s impoverished population. In just the previous year, the illness had killed more than 10,000 people in London and Newcastle alone. In late summer of 1854, the illness again swept through London, this time striking Soho the hardest. In the first three days of September, it killed 127 people. As with the bubonic plague of 1666, people fled to the country, leaving an empty and destitute city in their wake.

It was in this city that Daniel Pender, a surveyor with the Royal British Navy, lived with his wife and two young daughters. Little is known of Pender, except that while on duty aboard the Renard docked in Falmouth, he received word of the ill health of his family back in London. He immediately returned to the city, but by the time he reached it only a day later, he found himself a husband and father no more.

With the haste of one who had been absolved of all things that bind one to a place, Pender left London and returned to the sea. Three years had passed and, still haunted by his grief, he found himself in charge of surveying the vast coast of British Columbia. His task was to systematically map and name the unchartered wilderness of the new country’s expansive coastline.

From 1857 to 1870, he surveyed and named mountains, bays, islands, channels, rivers and inlets; features of a landscape that, until then, had only been vague entities on existing maps. It was through this incantatory process that Pender came to discover the act of naming as both a combatant to the transience of memory and a remedy to the grief of his past.

In 1886, he was promoted to captain of the ship Devastation, after which he named Devastation Channel. For other names, Pender drew inspiration from his earlier life. Sorrow and Grief are names he used to transform the landscape into a story, one that could be read and navigated, and also left behind. 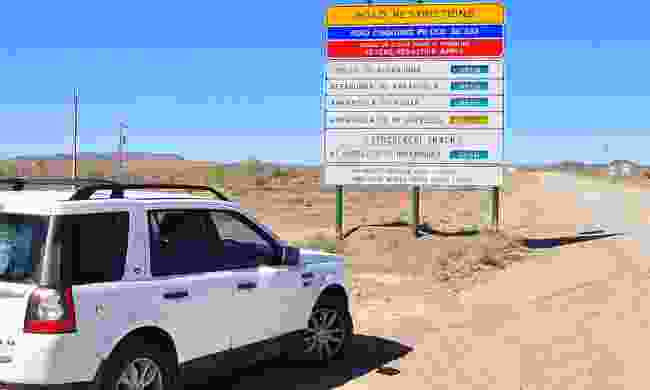 The road to Mount Hopeless (Dreamstime)

In a remote part of the South Australian outback, a mound of stones creeps above an otherwise featureless landscape. It was here on 2 September 1840 that Edward Eyre stood with a sinking heart. In every direction except whence he had come, a glistening lake of saltwater touched the horizon. Eyre’s expedition was not going as planned.

Ever since Europeans first arrived on the continent some seventy years earlier, rumours had abounded over what untold mysteries lay at the island’s vast interior. Some speculated about an inland sea or an immense river network, while others envisioned lush pastoral lands. It was assumed that as North America had the Mississippi, South America the Amazon, Africa the Nile and Asia the Ganges and Mekong, it simply made sense that his Bounteous Creator would also gift Australia its own major river system – even one flowing into an inland sea.

After three months, Edward Eyre and his team found themselves surrounded not by lush pastoral lands, but by a landscape, ‘bare, destitute of vegetation, and thickly covered in salt, presenting the most miserable and melancholy aspect imaginable’. Eyre climbed a mountain of stones and, in a state of utter despondence, peered out over an impassable liquid landscape.

He had indeed found a large body of water, but it was too close to Adelaide and clearly not the mythical inland sea. ‘Ascended Mount Hopeless’, wrote Eyre in his diary, unintentionally christening a mountain in the process. ‘Cheerless, hopeless indeed was the prospect before us. This has closed all my dreams for the expedition, and put an end to the undertaking from which so much was anticipated. I had now a view before me that would have damped the ardour of the most enthusiastic, or dissipated the doubts of the most sceptical.’ 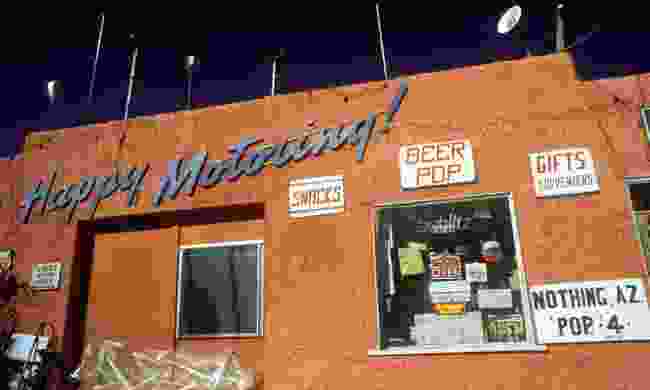 The only shop in Nothing (Dreamstime)

It seems fitting that Nothing is a ghost town. In the brittle heat of the Arizona desert, along a lonesome stretch of Route 93 somewhere between Las Vegas and Phoenix, the desert heat and wind slowly erode the town’s decaying structures back into oblivion. One attempting to describe the town must do so in the way one takes a photograph – capturing a single moment in constant flux, a process of perpetual decay like the melting of Antarctic glaciers.

At this moment, a sand-white gas station leans in stiff rebellion to gravity with the words ‘NO TRESPASSING’ scrawled in black spray paint across two windows. The satirically named and completely empty ‘All-Mart’ is surrounded by random scatterings of ornamental garbage; the skeleton of a sofa, beer bottles and floral underwear – the kind that always seems to mysteriously appear in such places.

Perhaps most curious is the concrete foundation of what was once the Nothing Rock Shop, a wonderfully desperate attempt to turn one of the few freely available resources of the Arizona desert into desirable roadside souvenirs. The double sentence declaration of the town sign begins, ‘The staunch citizens of Nothing are full of Hope, Faith, and Believe in the work ethic.’

Without warning, it takes a sharp nihilistic U-turn, shifting from present to past tense, both contradicting the previous statement and imposing a scene of hopeless resignation: ‘Thru-the-years-these dedicated people had faith in Nothing, hoped for Nothing, worked at Nothing, for Nothing.’ 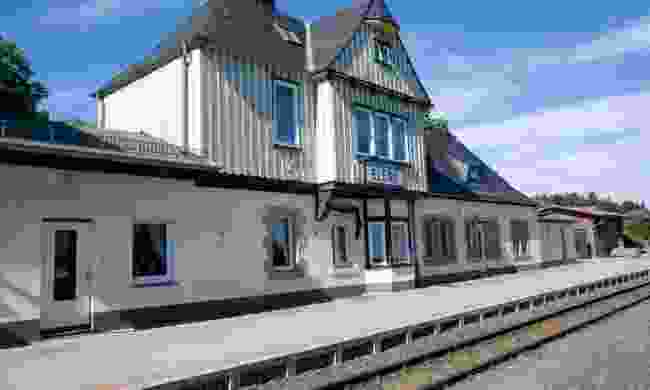 Misery lies at the heart of Germany. This Arcadian village, ensconced in a darkened landscape of forests and granite mountains, lies in a region rich in mythology and legends, many of which were collected by the Brothers Grimm during the early 19th century as, ‘fragments of belief dating back to the most ancient times’.

Misery sits at the foot of Brocken – ‘Broken Mountain’, the highest peak of the Harz mountains. Generations of hikers and mountaineers have reported an enormous looming figure following them in the mist, a ghostly image surrounded by radiating circles of light. The phenomenon, known as the Brocken Spectre, was first reported by the naturalist Johann Silberschlag in 1780. In reality, the spectre is simply the hiker’s own shadow being projected onto the clouds by an uncanny play of mountain light.

Misery also had the ignominious fate of being the official holiday resort of the notoriously brutal East German secret police – the Stasi – a fact that surely unsettled locals. After reunification in 1989, Misery promptly became a popular destination once more for those from both sides of the former border. Today, during the summer, hikers again wander through Goethe’s primordial world, a scarred and transformed landscape in which myths and legend, like granite, still flow back to the very beginning of time itself. 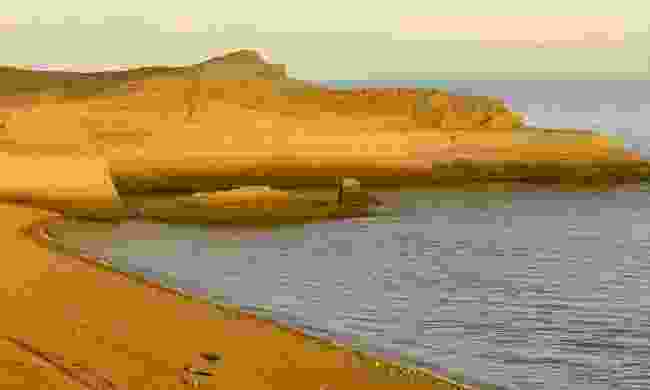 On 11 February 1584, four ships arrived in the Strait of Magellan in southern Chile. Blistering gales roared up off the Antarctic ice sheet, now less than 700 miles south, and buffeted the ships as they attempted to set anchor offshore.

Eventually, the 337 bewildered men, women and children of the ship’s crew disembarked. After months of treacherous seafaring, their final destination was more desolate and inhospitable than any of them could have imagined. The destitute crew staggered over the frozen, windswept beach, towing behind them an enormous wooden cross. This land, declared Captain Sarmiento, was for the Spanish Empire. Here they will build a great city. It will be called Ciudad del Rey Don Felipe – ‘City of King Philip’.

On 10 January 1587, the British navigator Thomas Cavendish was passing through the Strait of Magellan when he stopped at the City of King Philip to stock up on supplies. Onshore, he was met with a gruesome scene. Of the 337 settlers, only fifteen men and three women remained. Looking more like skeletons than humans, they precariously clung to the last vestiges of life. In the town’s square, a decaying body swung from the gallows, a symbol of what had become of the city.

Scattered among the ruins, Cavendish found the corpses of the city’s frozen and starved population, prompting him to re-christen the city ‘Port Famine’. Bizarrely, the gaunt survivors refused Cavendish’s offer of rescue. Except for one man, that is – a sailor by the name of Tomé Herndández. At the port of Quintero, near Santiagio, Herndández left the ship and went to the Governor of Chile to recount the City of King Philip’s disastrous fate. 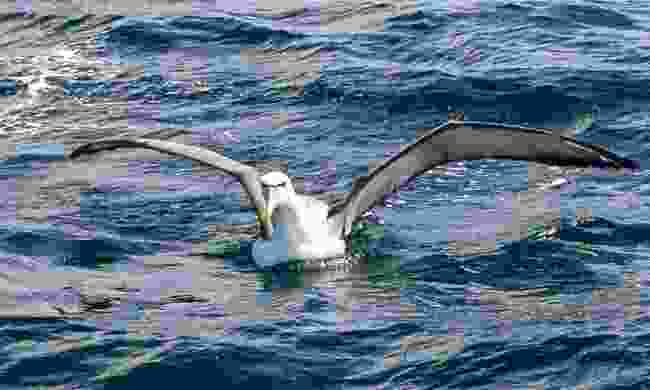 6 March 1907. Fifteen men huddled together on a barren outcrop of rocks in the southern Pacific Ocean. A frigid Antarctic gale howled around their wet, quivering bodies. Through the impenetrable darkness came the roar of the ocean, furiously pulverizing their wooden ship against the island’s cliffs. For the shipwrecked men, this unmistakable sound came to epitomize their predicament. It was the sound of disappointment.

If it were not enough to be shipwrecked with next to no hope of rescue, there were plenty of other reasons to be disappointed. To begin with, unlike other, more fortunate nautical castaways in the tropics who were stranded on glistening white sands and palm tree paradises, the castaways on Disappointment Island were met with an infinitesimal mound of brittle windswept rock. It was not glassy, turquoise waters that surrounded it, but the dark, storm-ravaged Southern Ocean. One man, ‘after finding he was not on the main Auckland Island’ but on Disappointment Island, was overwhelmed with such disappointment that he, ‘died on the twelfth day after the wreck’, possibly making him the only person in history to succumb to death from disappointment. 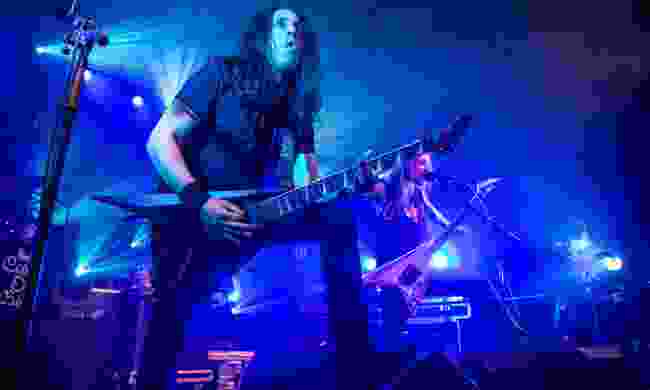 Death is a village in Finland. Near the centre of this Nordic country, in a flat, featureless landscape of tall pines and marshy fields, is the loose scattering of ten or so stout timber houses, some painted deep red and others arctic white. The village has no bank, church, pub or library. It lacks even a cemetery. A straight road divides the town in two, and one can drive through without even knowing it.

Swedish photographer Eva Persson spent a year documenting the inhabitants of the village in a series titled Elamaa Kuolemassa, or ‘Life in Death’. ‘Only in Finland can a village be called Death,’ writes Persson. ‘In Finland, you are born, then comes a long period of suffering, and then you die.’ To understand Persson’s comment, which at first may appear cruel or morbid, one must first understand that the Finnish identify with death and suffering like the British identify with tea and scones.

Perhaps it is the country’s unique geographical positioning (balancing between Eastern European pessimism and Scandinavian gloom) that gives rise to a species of melancholy particular to Finland. Yet Finnish melancholy embraces a humour as dark as the Arctic winters. "When all hope is gone," Finnish film director Aki Kaurismaki once dryly remarked in an interview, "there is no reason for pessimism."

There are several theories as to how the town earned its name. One rumour suggests that it occurred in 1888 when a motel inn-keeper was murdered by a passing stranger; or, more likely, it originates from an old Finnish children’s rhyme that goes Halla, nälkä, koulema; niskat nurin ja taivaaseen – 'grought, famine, death; break the neck and go to heaven'. Incidentally, this dark poem also accounts for the names of several nearby landmarks: Famine Hill, Neck Heath and Heaven’s Hill. 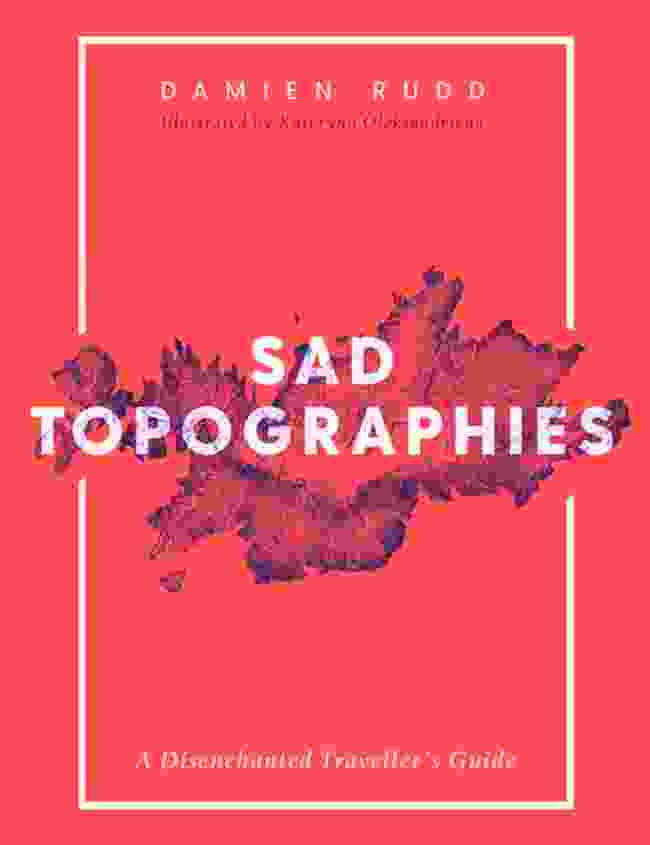 This is an edited extract from Sad Topographies by Damien Rudd, published by Simon & Schuster. Order your copy on Amazon now.