Wanderlust’s Special Features Editor Rosie Fitzgerald attended the presentation of the first MICHELIN Guide Estonia. Here are some of the chefs and restaurants that were recognised…

I have been in Estonia less than 24 hours and have already eaten enough food to realise that this under-the-radar country is more than worthy of a MICHELIN Guide. My morning started with a breakfast of fresh smoked salmon at the Hotel Telegraaf in Tallin’s Old Town before a short walk to RØST Bakery, where despite having breakfast less than an hour before, I happily feasted on a flaky, warm-from-the-oven pastry. Based in the historic Nisuveski building in the heart of Tallinn, which aptly used to be a flour mill, the Scandinavian influenced bakery uses natural leaven to bake sourdough breads.

Lunch was at One Sixty in Telliskivi, and like the neighbourhood, the food here was certainly creative. Inspired by the BBQ smokehouses of the southern states of the US, at this trendy restaurant, your meal is prepared in a BBQ oven and beautifully presented. I went for yet more salmon which was served alongside ‘burned’ leek (giving it a caramel taste) and anchovy sauce.

By this point, much like a traditional Estonian pirukad, I was stuffed. But who could resist the smells of street food at the nearby Baltic Station Market? Inside, an eclectic array of stalls serving everything from Mexican street food to award-winning burgers sizzled for attention, while outside colourful fresh fruit and vegetables laid out on the stands to be inspected by browsing locals. 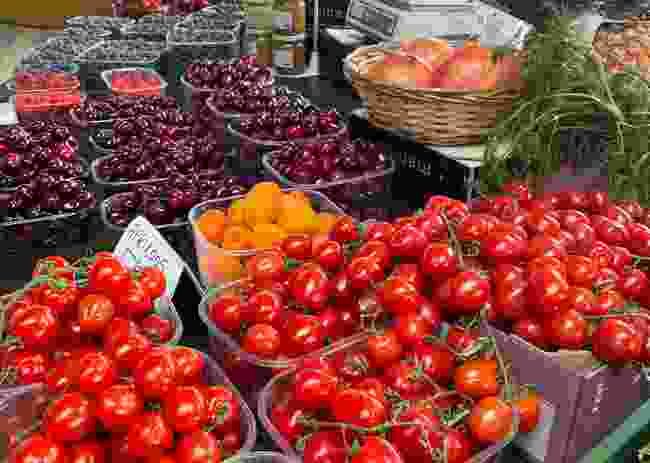 With so much culture and history shaping kitchens in Estonia, it is little surprise that the food here is such a tasty mix of diverse flavours, artisan products and creative fusions. Surrounded by unspoilt nature around (the country’s forests and marshes cover three quarters of the country), Estonia makes farm-to-fork dining look like a walk in the park. So it made sense to head to an event that shone a light on Estonia’s gastronomic scene. Much like the country itself, the food here is largely unknown to travellers, but thanks to MICHELIN, this is now set to change, as they presented Estonia with their first MICHELIN Guide at an event in Tallinn.

The MICHELIN Guide is a series of guidebooks that since 1920 have been recommending restaurants to travellers. Like with all MICHELIN Guides, the Estonian restaurant selection has been compiled by professional and independent inspectors who all share a passion for fine food and make their recommendations based on anonymous lunches and dinners.

Gwendal Poullennec, the International Director of the Michelin Guide described Estonia as a destination that is “blessed with strong culinary traditions inspired by many different influences, but a new breed of forward-thinking chefs are now also applying a more modern approach to honouring their country’s culinary heritage.

He added: "Estonia has been on our watch list for a long time, and our inspectors have been busy researching the best restaurants and scrutinising its gastronomic scene. We are now eager to share our first MICHELIN Guide restaurant selection to Estonia with food-lovers everywhere.” 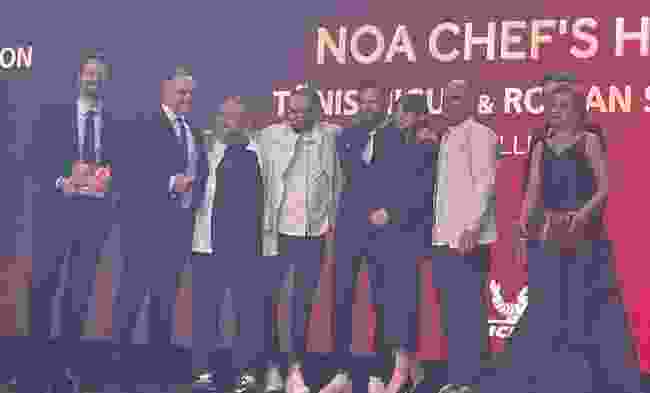 Estonia is the 37th destination to be covered by the MICHELIN Guide and a total of 31 restaurants are included in the first edition of the MICHELIN Guide Estonia, two of which received one prestigious star each. 180° by Matthias Diether was the first One Star restaurant to be announced, a modern restaurant just outside Tallinn’s city centre which is named after the 180 degree view you can enjoy of the U-shaped bar. Guests here can choose from two tasting menus – either six courses or four – and can expect a warm service, relaxing atmosphere and modern, creative flavours.

The second restaurant to receive One Star was NOAH Chef’s Hall, also situated in the capital with views of Tallinn Bay and the Gulf of Finland. The creative, seven course menu has been designed by chefs Roman Sidorv and Tõnis Siigur who both took to the stage to collect the prestigious award. Also from NOA Chef’s Hall, chef Robert Põld was awarded the Sommelier Award, with MICHELIN noting “The food and wine pairings were cleverly designed and the friendliness, sense of humour and simplicity of this great professional help to put the guests at ease.”

Five Estonian restaurants were awarded Bib Gourmand awards, which recognise places offering great cooking at reasonable prices. NOA, Härg, Lore Bistroo and Mantel ja Korsten – all restaurants in Tallinn – made it onto this list, along with Fellin in Viljand.

With less than 363 MICHELIN Green Stars in the whole world, this award is a hard one to get, but two restaurants in Estonia have now been awarded Green Stars for being at the forefront of a sustainable approach to gastronomy. In the capital, Fotografiska picked up the award, along with Manor over in Mäeküla. Both restaurants have made huge efforts to reduce their impact on the environment, recycle food waste and use locally-sourced ingredients.

Another chef who focusses on local produce is Janno Lepik, chef of the Bib Gourmand restaurant Lore Bistroo, who picked up the MICHELIN Young Chef Award during the evening. A special mention also went to the team at Lahepere Villa restaurant in Kloogaranna who received the MICHELIN Service Award, a family-run business where “Helen Vithol graciously welcomes each guest, while her daughter helps with the service, her son with the washing up, and her husband with the maintenance of the exterior and the fire. Chef Silver Saa is also involved, passionately explaining each dish on the menu, which changes every two weeks. All guests leave with a little gift: a homemade granola for breakfast the next morning to prolong the experience.”

Restaurants outside of Tallinn

The world's longest suspension footbridge is opening in the Czech Republic