So often a hub for exploring Costa Rica’s volcanoes and cloud forests, the vibrant city of San José is more than a pit-stop to get your bearings. Here's how to fill a day in the country's capital. 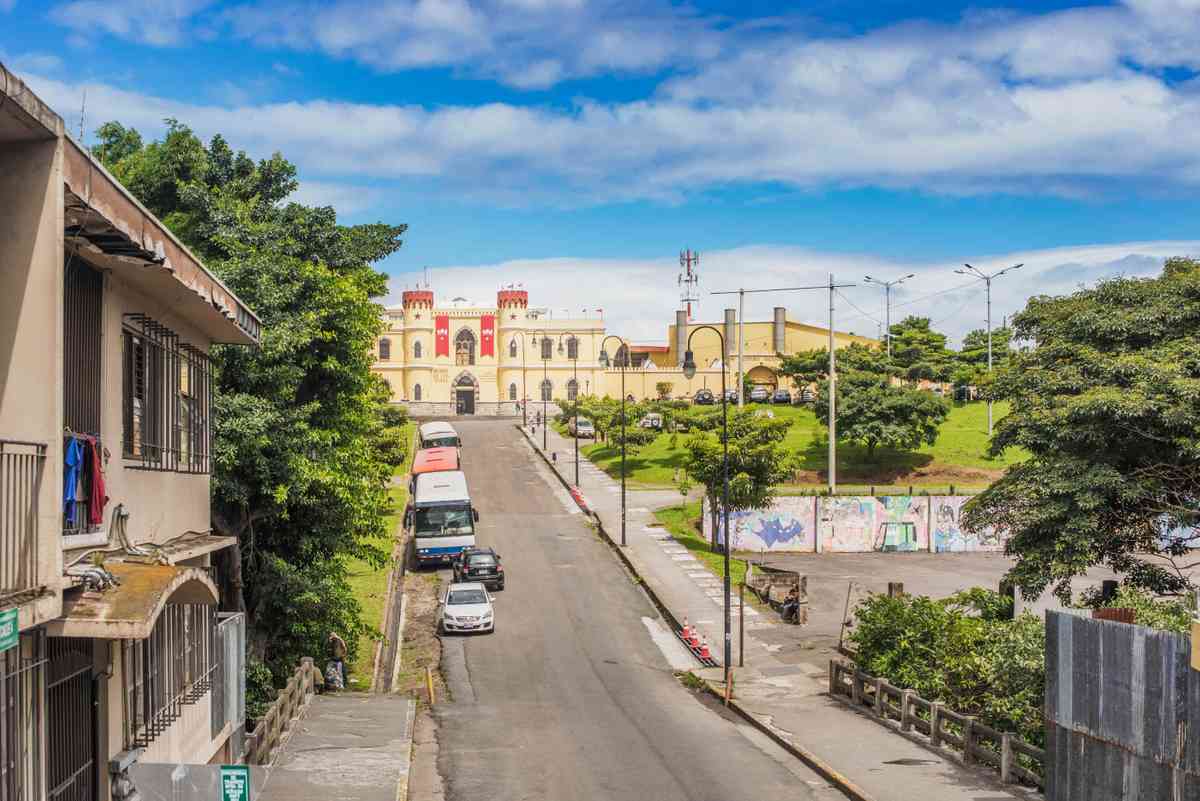 San José isn't usually seen as one of Latin America’s cultural big hitters or architectural gems. Most people use it to rest up after a long flight or in between trips to the coast and national parks. It’s a hilly, spread-out city with a lot of greenery, and it houses more than a third of Costa Rica’s population of 4.9 million. Yet there are historic spots and sights, too, easily worth a day of anyone’s time.

The city was established in 1738, so the Spanish authorities could collect its indigenous people into one locale. Consequently, San José is quite young (Panama City, for example, was founded in 1519), and in the early 1800s it was just the size of a village. Back then, Costa Rica was merely a backwater of the Guatemala captaincy, lacking gold or silver and far from the Spanish power base. It’s a distant cry from its role today as an adventure travel playground.

On clear days, when flying into San José, you can glimpse active volcanoes as you land – Poás to the north, Irazú to the east. But it’s only on the drive downtown that you get a sense of the city’s sprawl. Try and stay centrally, where San José’s handful of good museums and its grandest parks are located, as well as the best dining and liveliest entertainment options come nightfall.

Inside the airport, there’s free WiFi and plenty of ATMs, WCs, and a tourist information desk near the baggage claim area. There are also banks and casas de cambio for changing money; the rates are as good as in the city. Note that, on leaving Costa Rica, all international visitors must pay a tax of US$29 (about £22.50).

Easyride operates a shared shuttle service into the city, which takes about 40 minutes (tell the driver your hotel as you board) and costs $15 (£11.50) one-way. They also have private cabs (from $49/£38) for up to four people. Public buses into the city cost $1 (80p) and take around 35 minutes – look for ‘Aeropuerto’ at the main stand. The orange-coloured cabs of Taxis Unidos are the only ones authorised for airport trips, with fares to downtown costing up to $25 (£19.50).

Tour firms operate group trips along the Panamerican Highway, and lots of backpackers choose to arrive by road. San José can be relatively car-friendly, at least until you reach downtown. 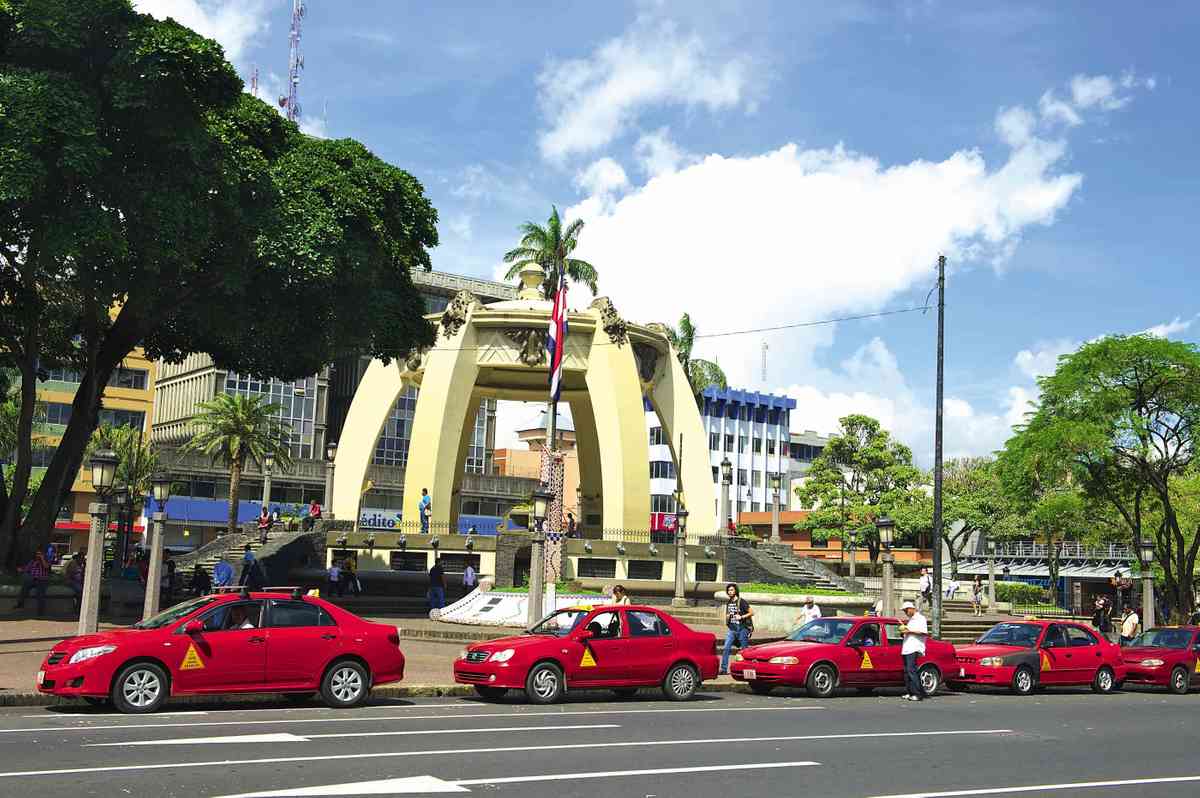 The main drag, Paseo Colón, runs west to east from Parque Metropolitana La Sabana into downtown. Visit the 1871-built cathedral and national theatre, then hop to the excellent Museo Nacional ($9/£7) on Calle 17 for an early primer on Costa Rican history. After breakfast, stroll the Barrio Amon – named after Amon Fasileau-Duplantier, a French coffee rancher – near Parque España. Its architecture is eclectic, ranging from Victorian to Art Deco, to simply dilapidated, with coffee-grower mansions here and there, and quiet spots to sink a cup of Joe.

Art to admire and crafts to buy are on show at the Mercado de Artesanias Nacionales on Avenida 2. The Mercado Central on Avenida Central is good for leather goods, but try Galeria Namu (Avenida 7) for more upmarket fair-trade souvenirs. Alternatively, hop on, hop off bus tours (from $30/ £23) are good if you’re flagging after a long flight and want to escape the crush.

At night, head east to Barrio Escalante and the best of Costa Rican food. Or, if you fancy live music, end the night at Barrio California and El Cuartel de la Boca del Monte, an old-school boca (tapas-like bar) on Avenida 1, near the corner of Calle 21. 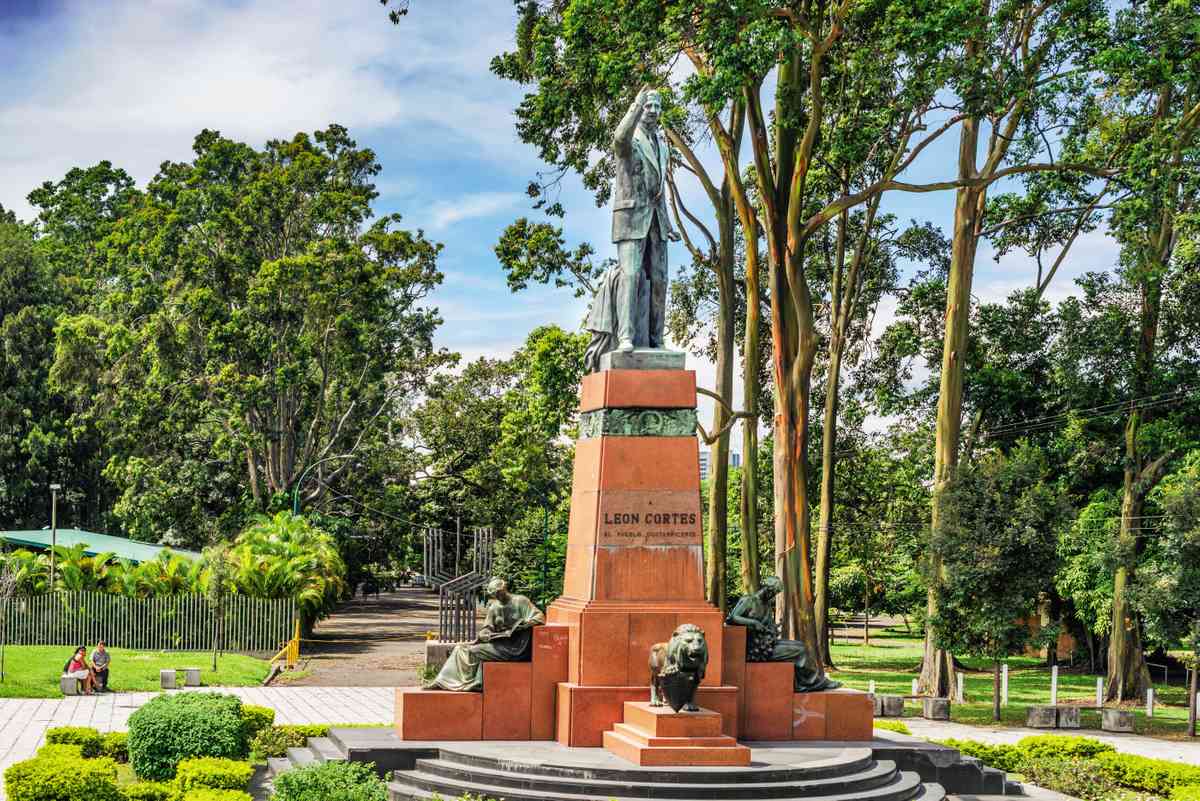 Top end: Named after the ubiquitous golden bean (coffee, that is), Grano de Oro was once the residence of wealthy local cookie moguls the Pozuelo family. It lies close to La Sabana park and has a wide choice of rooms, including stately signature suites. Doubles from $150 (£116) per night.

Mid-price: In Los Yoses’ embassy district lies Le Bergerac, a grand-looking mansion with 25 guest rooms complete with parquet floors and hardwood furniture. It’s handily located, close to the Gold and Jade museums, and 25 to 30 minutes’ walk to the centre. Doubles from $60 (£47).

Budget: The centrally located Hostel Pangea has 25 dorm beds and 25 private rooms, and has been a popular backpacker option for two decades. It has a pool and a great rooftop restaurant serving regional food. Private doubles with a shared bathroom from $34 (£26); dorm beds from $14 (£11). 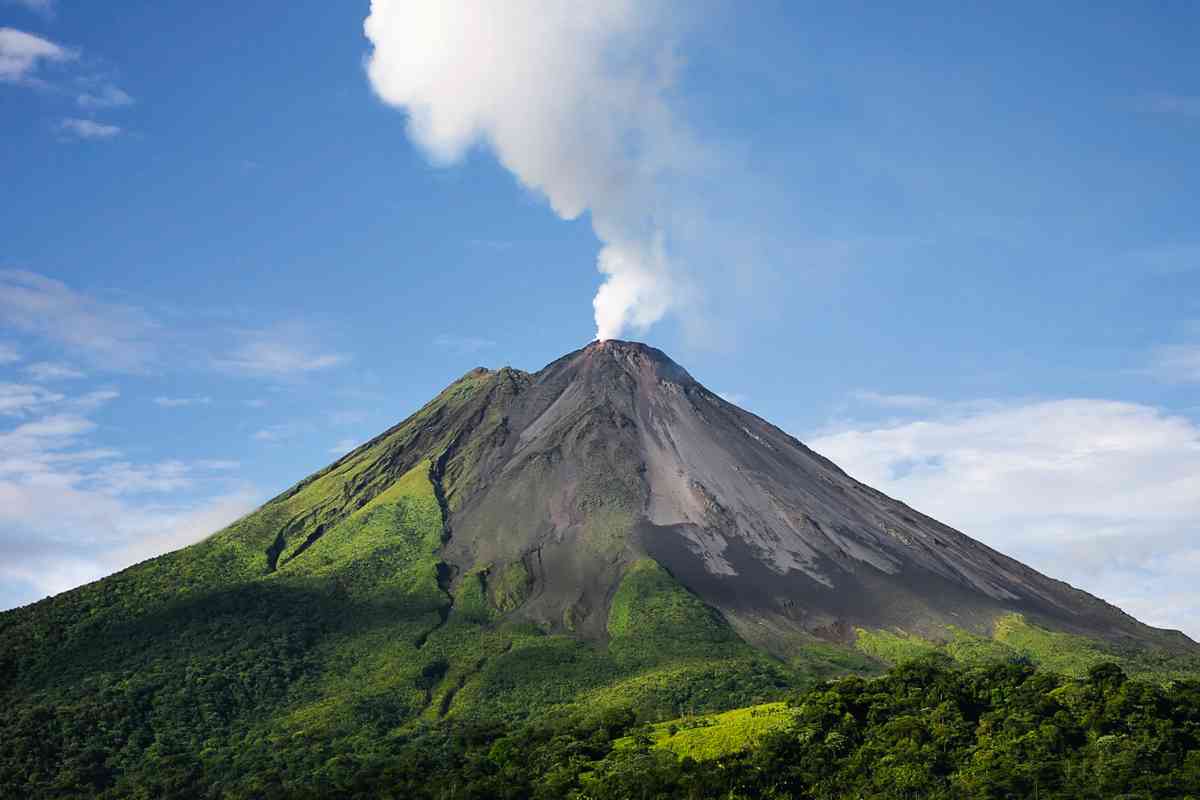 Spend a day in the city, then go. It’s not that San José is boring or ugly, but Costa Rica abounds with enticing experiences. Several are located close to the capital, such as Parque Nacional Volcán Irazú where you can climb its centrepiece, the largest and highest (3,432m) active volcano in Costa Rica. It lies just 50km to the east and can be visited as a day trip. Many travellers also head north out of the city, to the Poás volcano (just 2,708m), which is likewise 50km by road.

However, violent eruptions in April 2017 led to the indefinite closure of the park and the straightforward hiking trail that led to Poás’ crater. At the time of writing, this was still closed but it will reopen when the situation calms. Check before visiting.

Alternatively, head directly to Arenal to see yet another volcano, enjoy hot its springs and do some good, low-level mountain biking. The famous Monteverde cloud forest is also just a 100km-drive south of there.

For more ideas on exploring Costa Rica, see 9 things you must do in Costa Rica.

Visas: Not required by UK citizens for stays of up to three months.

Health issues: Tap water is generally safe in the city, but bottled/purified water is recommended. Safety-wise, food in restaurants is fine, but be wary of street food. Check your boosters are up to date, though malaria prophylaxis is only recommended if heading for Limón.

Getting around: San José is spread out, with taxis the best way to move around, though prices spike at night. Downtown is more compact and can be easily walked.

Climate: The temperature in tropical San José is pretty constant and can hit 30ºC any month of the year. Rainy season is from May to October.