Portland is a funky, friendly city made for exploring by bike, says Phoebe Smith – with lashings of artisan coffee, craft beer and organic bites to fuel your adventure…

Approaching the busy intersection of a main road when you’re riding a bike always brings with it a quick succession of emotions – namely abject fear, terror and dread. You edge towards the highway, readying to spot a gap in which to race through and – hopefully – make it out to the other side in one piece, deeply suspecting that the oncoming traffic will speed up when you make a break for it, seeing this as an invitation to play a high-stakes version of chicken.

I experienced all of these feelings when I picked up my two wheels in Downtown Portland, Oregon’s capital city in the USA’s Pacific Northwest. Pedalling towards the crossroads I readied myself for a long wait followed by a mad, frightening dash for it, but a funny thing happened: the traffic stopped to let me out. And I mean all of the traffic – not just one well-meaning motorist who forced the others to follow suit – but every single vehicle in each of the four lanes, as if it was the most natural thing in the whole world to allow me to cross at leisure without so much as a horn being blasted. 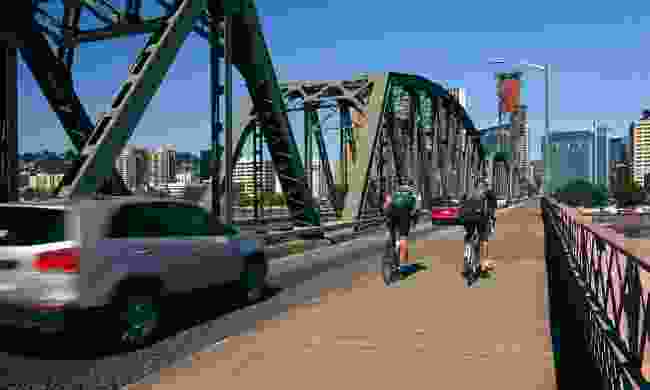 At the next intersection it – shockingly – happened again, then again at the next... and at every crossing thereafter. It was then that I realised that the rumours were true. This once slightly unsavoury harbour town now really was a hipster haven where cyclists have the right of way (and even their own lane), everyone eats organic food, drinks local beer and craft coffee, and top-knot hair styles and beards are the order of the day.

Add to that the funky and friendly neighbourhoods, hiking opportunities on your doorstep, and a smattering of weirdness – and you’ll find, as I did, that a single day really is not long enough…

Portland International Airport sits roughly 14.5km north of the city centre. Delta Airlines run the only direct flight from the UK four times every week (Mon, Wed, Fri, Sat) from London Heathrow Airport between May and October. Flight time is around 11 hours.

Once there, you’ll find ATMs and tourist information as well as an art house movie theatre, and plenty of local food and drink. Welcome to Portland!

The cheapest and most efficient way to get to the city is to take the Max Light Rail train, which runs daily, around every 15 minutes, and takes about 40 minutes to get to Downtown Portland. Car hire companies and taxis are available too. 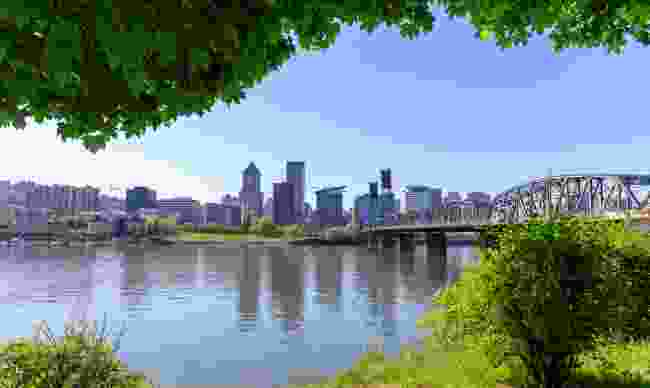 Begin in true Portland style with the best avocado toast in the city and in-house roasted organic coffee at Cup and Bar – don’t forget to pick up the home-made Ranger chocolate for later. Grab your bike from Cycle Portland.

Downtown, do an Underground Portland Tour , where you’ll learn about the city’s more salacious past and peer inside the Shanghai Tunnels, where rumour has it unwitting victims would be ‘crimped’ (kidnapped) to serve as sailors against their will.

Refuel with one of the famous Voodoo Doughnuts, then cycle to the world’s smallest park – Mills End – near the waterfront. Call in at Powell’s, the largest independent bookstore on earth, then head to SE Hawthorne and 12th Ave for lunch at the Food Trucks.

In the afternoon, check out the parks above the city (accessed by bus or bike), browse the boutiques down on NW21st and 23rd streets, then head east, over the river, for dinner at Farm Spirit (bookings required) for an exquisite tasting menu. End with music and craft beer at Doug Fir Lounge.

Top tip: Be sure to try an Impossible Burger. Crafty local chefs use plant protein to create a 100% vegan patty that not only tastes and looks the part, but also bleeds like real meat... Weird, but very tasty.

Top end: Forget luxury chain hotels: pick a place with oodles of character – and they don’t come much more characterful than the Ace Hotel. Set in a historic building complete with creaky wooden floorboards, an excellent coffee bar, and rooms with record players, this boutique retreat is honestly difficult to tear yourself away from.

Mid-range: Stay in the Burnside area, just a little outside Downtown, and you not only save pennies but also have the Doug Fir Lounge music venue on your doorstep – as well as an onsite gallery. The Jupiter Hotel oozes 60s-style motel chic, complete with a chalkboard door for creating your own masterpiece. 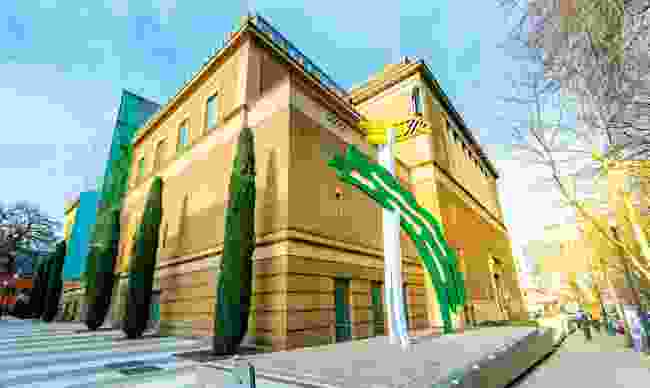 Stay – you’ll definitely be hungry for more. Extend your bike rental: cycling along the Willamette (rhymes with ‘dammit’) River offers a heady mix of urban and natural landscapes.

For more culture, head to the Oregon Historical Society to trace the city’s origins, the Art Museum, and Museum of Science and Industry.

Wine lovers should head to Oui Wine Bar and Restaurant, where a co-op of Oregon vintners have clubbed together to offer their wares alongside a tasting menu. If you prefer hops, Bailey’s Tap Room is a classic speakeasy bar with flights of five brews to try.

Only after you’ve filled up on food, culture and cycling, should you leave the city to explore the National and State parks on its doorstep – where mountains, coast and forest await...

Visas: Not required by UK nationals. You will need to obtain an ESTA before arrival: these cost $14 and are valid for two years.

Currency: US dollar ($), currently around $1.28 to the UK £ (accurate as of 2018). ATMs are readily available. Credit cards are widely accepted. Tipping is expected.

Best viewpoint: To get the iconic cityscape with views of Mount Hood looming in the distance head to Mansion House on NW Pittock Drive, to the west of downtown – reachable by bike or on foot (though it is uphill). You’ll want to make a beeline for the back garden, where the best views in the city await.

Health issues: None. But travel insurance is always wise. Tap water is safe to drink.

Recommended guidebook: Lonely Planet’s Washington, Oregon and Pacific Northwest (2017) gives a great overview of the region surrounding the city. Moon Portland (2016) is a good, specific guide to this hipster hub.

Web resources: The official guide to the city is travelportland.com, which is a great resource for trip planning, attractions and events.

Climate: October to March tends to be quite rainy, offering ‘liquid sunshine’ by the bucketload. June to September offers better weather, with average temperatures in the mid-20s. But always take an umbrella.