As direct flights launch to the land of Mardi Gras, Phoebe Smith shimmies her way to Louisiana, cocktail in hand, to discover what’s on offer in the city that never sleeps... Blending French brandy with American rye whiskey, a dash of absinthe (or more often local Herbsaint) and a lump of sugar and lemon peel... From the moment you taste your first sip of New Orleans’ signature sazerac cocktail, you know you’ve arrived somewhere special.

The city fuses elements of the old and new world to create an atmosphere as intoxicating as the drink it’s famous for. But its past is just as rich, from the Native Americans who once lived off the Mississippi River to the European explorers who saw the area’s value as a trading port and settled here.

Convicts, prostitutes and African slaves arrived to work the streets and fields, and out of all this rose a proud Creole community, which was originally a term to describe white settlers born here of French descent, only to be later applied to those of black ancestry, too.

Today, New Orleans is as shaken and stirred as the drinks that flow freely in Bourbon Street. Stroll down Frenchmen Street any day, any time to try a cuisine alive with Creole spices, be greeted like an old friend by locals and hear waves of jazz, blues and ragtime oozing from doorways.

Come Mardi Gras, the whole city ups its party vibe a few decibels, with floats and festivals filling the streets. With new direct flights just launched from the UK, your ticket to the celebrations just got a little easier.

Louis Armstrong New Orleans International Airport is 16km west of the city centre. Starting from March 27 2017, British Airways will be launching the first direct flights from the UK, flying four times a week from London Heathrow with a flight time of under ten hours; from £545 return.

British citizens do not require visas for stays of up to 90 days, but you will need to hold a valid ESTA. At the airport, you’ll find an info booth, currency exchange and ATMs.

All the usual car rental companies can be found at the airport. Taxis cost a flat fare of $36 (£28) for the 20-minute trip to the Central Business District (CBD)/French Quarter – credit cards accepted. You can opt for an Airport Shuttle, which stops at hotels downtown for $24pp (£19). The Airport-Downtown Express (E2) bus from outside the airport’s upper level costs $2 (£1.50; exact change required) and takes around 40 minutes.

Greyhound buses drop off and pick up from the airport and the Downtown Bus Station (1001 Loyola Avenue). From there, you can head north to Baton Rouge and Lafayette, and onwards via the rest of the cross-country network. At Union Station (also 1001 Loyola Avenue), you can take the Amtrak train heading Shutterstock north to Chicago via Memphis and beyond. 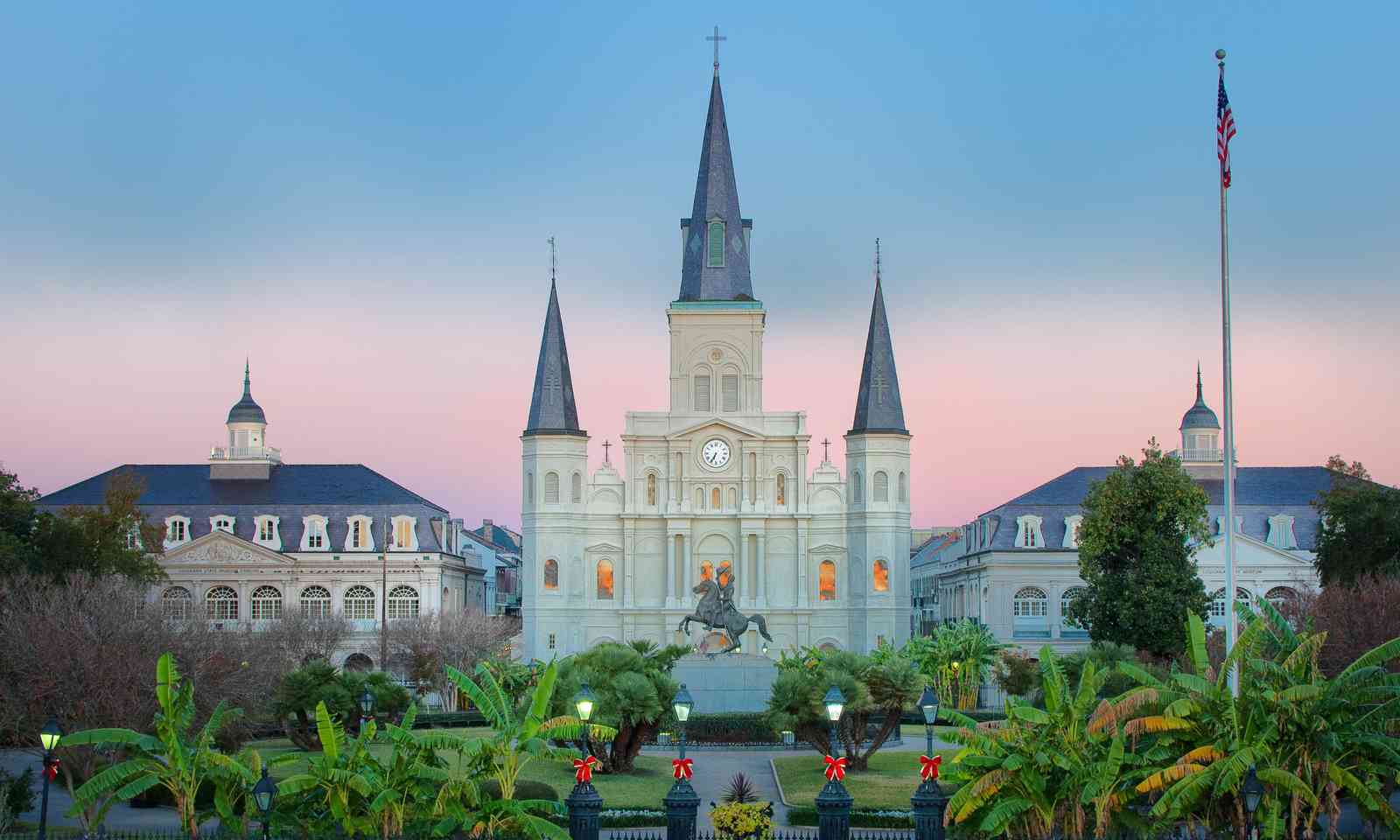 Grab a sugary beignet (a New Orleans speciality) and coffee at Café du Monde, near Jackson Square, then start your exploration of the French Quarter with a cemetery tour ($25/£20) for a grounding in famous past residents, Creole culture and vodou tales.

You need a certified guide to enter St Louis Cemetery 1, where you’ll learn how the bodies are ‘cooked’ in their crypts, and see ‘voodoo queen’ Marie Laveau’s tomb (and actor Nicolas Cage’s future resting place, if you’re interested...).

After the walking tour, grab a Louisiana staple: a po’boy (sandwich) from Killer PoBoys at the back of the Erin Rose Bar on Conti Street.

Work it off by picking up a bike (and a guide, if you prefer) at the American Bicycle Company (from $10/£8 per hour) to cover more ground. Whizz along the bohemian Marigny and Bywater neighbourhoods, before heading north to check out City Park, complete with (allegedly) the largest grove of oak trees on Earth and the Morning Call café to pick up some refreshments and recharge a little.

Later, take the St Charles Streetcar to the Garden District. Follow dinner and a drink (try the sazerac) at the Commander’s Palace with a cab to Frenchmen Street and the Spotted Cat Music Club, to end the day listening to jazz with locals. 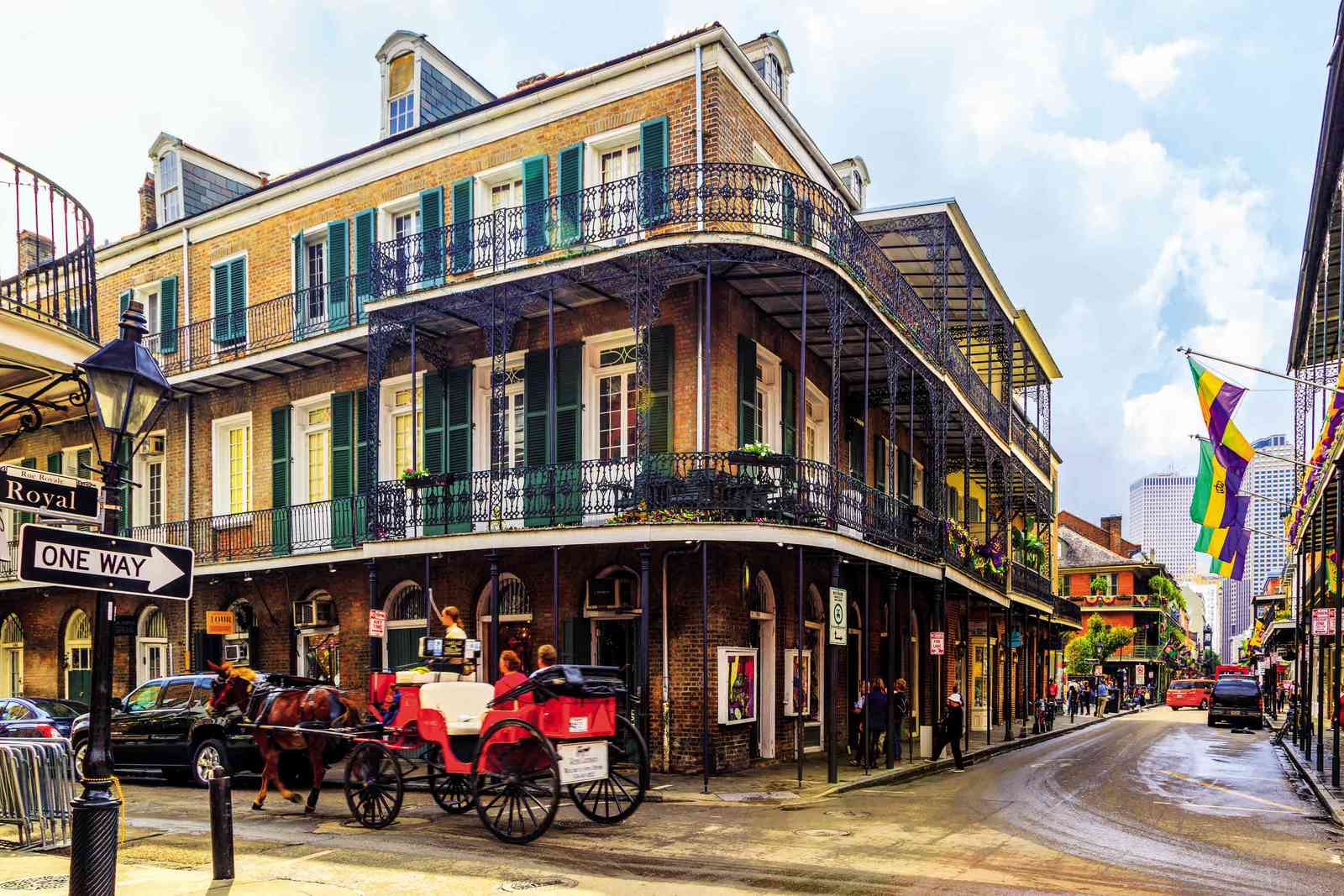 Top end: Soniat House is located in the heart of the French Quarter. It has just 31 rooms, each unique in its size, shape and decor. There are also wrought-iron balconies, perfect for people-watching when night falls. Doubles from $295pn (£233).

Mid range: Old No. 77 Hotel & Chandlery started out life as a warehouse for the Port of New Orleans back in 1854. Now it offers a wealth of boutique luxury (think exposed brick and hardwood floors) just minutes from the French Quarter. It even features a rotating exhibition from a local art school. Doubles from $115pn (£92).

Budget: The newly opened Hotel Modern offers basic rooms on the edge of the Garden District, perfect for those who want to escape the buzz of Bourbon Street. It also has easy access to the St Charles Streetcar, which will take you straight into downtown. Doubles from $85pn (£68). 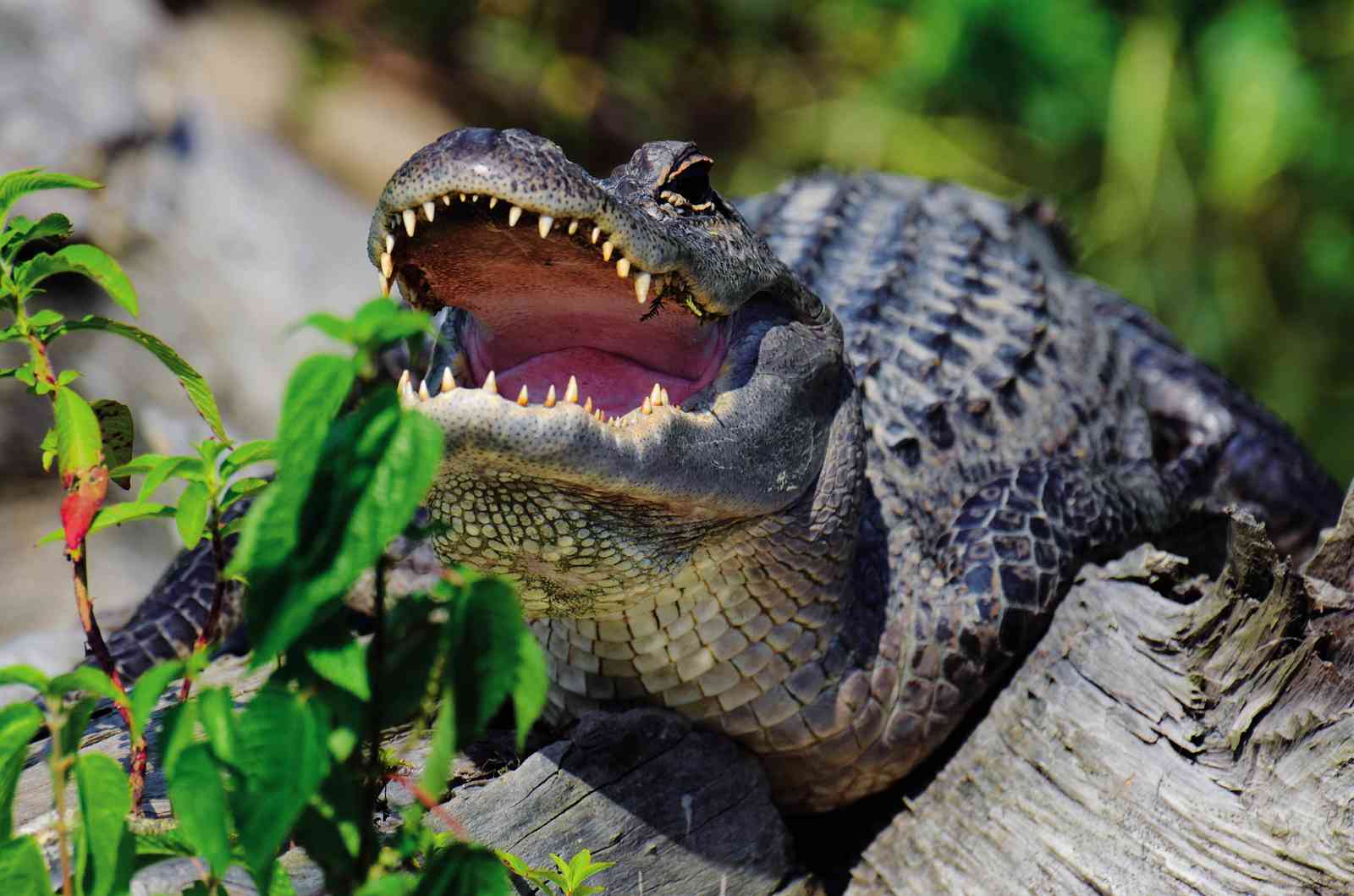 Stay for a few days, but don’t forget that New Orleans can make a great base to explore the bayous and plantations beyond.

In the city, do try to sample a vodou experience if you can. Priestess Sallie Ann Glassman holds events on various saint’s days at the International House hotel, where visitors can either get involved or simply watch.

Outside the city limits, you’ll want to get up close and personal with the alligators and birdlife along the bayous. Cajun Encounters offers half-day excursions (from $29/£23) on powered boats with knowledgeable guides.

For something less noisy and more intimate, Canoe and Trail (from $59/£47) offer wildlife-watching trips by kayak and canoe. For a deeper look into Louisiana’s past, you have to head to the plantations. Whitney ($22/£17) and Oak Alley ($22/£17) are highly recommended.

Visas: Not required by UK nationals. You will need to obtain an ESTA before arrival (esta.cbp.dhs.gov/esta); these currently cost $14 (£11) and are valid for a period of two years.

Highest viewpoint: The best view of the city skyline has to be from the water. Old-style paddleships the Creole Queen and Steamboat Natchez offer two-hour sightseeing cruises along the Mississippi River as well as dinners and jazz. Perfect for getting a skyline photo.

Health issues: Tap water is fine to drink. Be careful of walking alone after dark, especially in the French Quarter and out to Frenchmen Street. It’s better to take a cab/Uber to go to the jazz bars.

Web resources: NOLA’s official site is neworleansinfo.com; louisianatravel.com; VisitTheUSA.com is a great trip-planning resource for travel beyond the city.

Climate: The city gets hot and humid during summer, hitting the high 30s (ºC). June to November is officially hurricane season; spring (Feb-Apr) and autumn (Sep-Oct) are more pleasant and still warm (around 20ºC). Winter (Dec-Jan) is low season, when bargains are rife. If you go for Mardi Gras (late Feb), book ahead as places fill up fast.

British Airways has just launched new direct flights from London Heathrow to Louis Armstrong Airport, the only airline currently flying direct from the UK to New Orleans. There will be four flights a week from London to New Orleans, with a flight time of less than 10 hours. See www.britishairways.com for more details.