Prepare to be surprised by Georgia’s historic capital, says Sophie Ibbotson. This multicultural hub of art, architecture and good wine likes to stray from the norm... 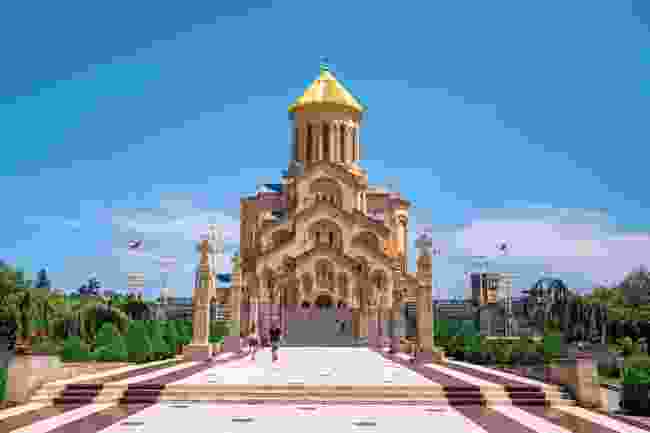 Tbilisi is one of the most exciting capital cities in Europe, the point where East and West, and tradition and the latest cosmopolitan trends collide. But the core of Tbilisi’s identity is its history: for thousands of years people have lived, worked, prayed and fought on this riverbank.

Situated on a trading route through the Caucasus, Georgia’s powerful neighbours – Persians, Turks and Russians – understandably wanted to possess this land. Many of them succeeded, at least for a while, but the Georgians were masters of survival, integrating foreigners into the city and adopting aspects of their cultures, without losing their sense of self, until they could once again reclaim their independence.

The multiculturalism of Tbilisi underpins its art, architecture and creative flair. From the curios on sale at the Dry Bridge flea market to the graffiti art decorating the walls of Fabrika, the carved and painted wooden balconies of the Old Town to the glitzy glass Bridge of Peace, aesthetics in Tbilisi are hugely important, but they rarely conform to the staid norms of an historic capital. Tbilisi likes to be different. Prepare to be surprised.

Georgian Airways flies direct from London Gatwick to Tbilisi International Airport three times a week from around £290 return; journey time is approximately five hours. British passport holders can enter Georgia without a visa. If you’re lucky, passport control will even give you a free bottle of wine! It doesn’t happen all the time, but when it does, it’s the perfect welcome gift – and a reminder of the importance of both hospitality and wine in Georgian culture.

Getting to the city

From Tbilisi International, buses and taxis connect the airport with the centre in under 30 mins; the shuttle bus costs 8 GEL (£2.10) 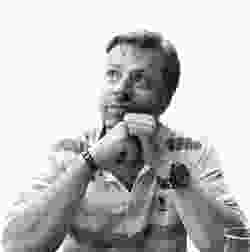 “The best khinkali (dumplings) in Georgia are to be found at 9 MTN. It’s very complicated to prepare khinkali properly; there are only few places in Tbilisi which manage to do these succulent dumplings justice. And at 9 MTN they not only have brilliant khinkali, but also the biggest assortment of craft beers in the country."

Start your day with a bird’s eye view of Tbilisi by riding the cable car from the city centre up to the imposing Narikala fortress (free), the historic monument which dominates the skyline. Not only will you be treated to a striking panorama, but you can also get up close to Kartlis Deda (Mother Georgia), the 20m-tall silver statue which watches over Tbilisi.

Descend behind the fortress into the National Botanical Garden of Georgia (4 Gel) and take a stroll in this urban oasis. The garden’s so big, it’s easy to forget you’re in the city.

Wind your way, then, down through the Old Town cobbled streets, stopping to look at the mosque, synagogue and Orthodox churches. You will get the most out of this labyrinth of streets on a guided tour: the Tbilisi Hack tour is a lot of fun.

Tbilisi’s Old Town centres on Abanotubani, the sulphur bath’s district. The water at the city’s natural hot springs are believed to have healing properties. There are a dozen or so baths hidden beneath red brick domes, their facilities varying from sparse, Soviet-era pools to more luxurious modern spas (prices from around 50 Gel). You don’t need a swimming costume: everybody here bathes nude.

The most iconic building in Tbilisi is just a few streets away. The Gabriadze Puppet Theatre is marked with a higgledy-piggledy clocktower decorated in shards of painted china. Instead of just posing for photos, book tickets for a show: The Battle of Stalingrad performed with marionettes is a highlight.

In Tbilisi wine is life, so end your day with a visit to Vinotel to enjoy a glass of Lagvinari Saperavi.

Top end: Stamba is as quirky as it comes. The glass-bottomed swimming pool is on the roof, above a multi-storey atrium. The bar has something of a Wes Anderson movie set about it, as do staff uniforms. The bold artworks are by cutting-edge Georgian creatives, and the buffet breakfast is unbeatable in its variety.

Mid range: Vinotel is just across the bridge from the Old Town, and as the name suggests, it’s wine-inspired. The cellars are arguably the best stocked in Tbilisi so even if you’re not staying, it’s worth dining in.

Budget: Fabrika is a hub for graffiti artists, coffee connoisseurs, and hipsters. Converted from a Soviet-era textiles factory, this is one funky hostel. Be ready to party if you stay here on a summer weekend. En suite doubles from £45.

You need at least two or three days to do justice to Tbilisi. Move out from the Old Town along Rustaveli, Tbilisi’s main boulevard, which is lined with grand buildings. At the National Museum of Georgia you’ll find ancient hoards of gold and silver, including intricate jewellery, attesting to the wealth and craftsmanship of early Georgian tribes. The museum is also home to a permanent gallery dedicated to the victims of Soviet repression. It’s a harrowing exhibition, but essential viewing as it casts light on an aspect of history little understood in the West.

Tbilisi’s National Opera and Ballet House is also on Rustaveli. It’s been recently renovated, so now the opulent interiors are a fitting match for the exterior’s Moorish architecture. The theatre also puts on Georgian performances where you can witness acrobatic dancers and the mesmerising sounds of Georgian polyphonic singing. 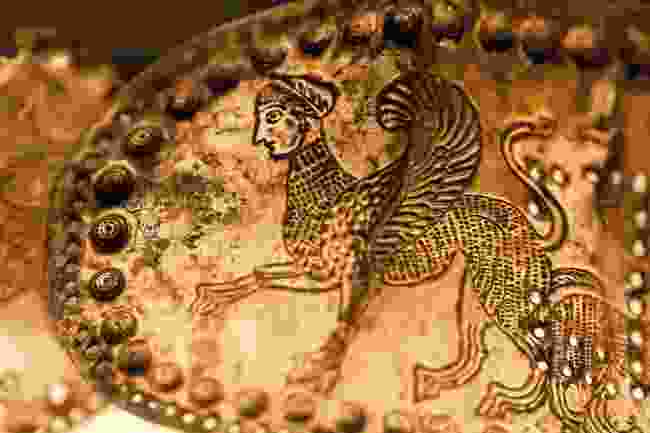 Visas: British passport holders and other EU nationals don’t currently require a visa for stays up to one year.

ATMs: Widely available throughout the city. Credit cards: Visa and MasterCard are readily accepted in hotels and restaurants. It’s useful to carry cash to use in cafés and taxis. Recommended guidebook: Bradt Travel Guides publishes a regularly updated guidebook to Georgia, which includes a detailed chapter on Tbilisi.

Useful website: Georgia’s official tourism site includes tips on what to see and do in Tbilisi, plus a helpful events calendar.