Thanks to a controversial regeneration project, the Former Yugoslav Republic of Macedonia’s capital is looking especially ship-shape. Here's how to hit the ground running when you visit

In the dying days of 2014, the hoardings were finally removed from Skopje’s Government Headquarters which, like many of the city’s other official buildings, had been undergoing a major revamp. Gone was the rather utilitarian 1970s building. In its place: something that looks startlingly like the US White House.

Back in 1963, a major earthquake struck Skopje just before dawn, destroying around 80% of its buildings; the replacements were typically concrete and Communist in style. However, that is gradually changing thanks to the controversial Skopje 2014 project. Hundreds of millions of euros have been spent on constructing or making-over buildings in a Neoclassical style as well as building new monuments and features. 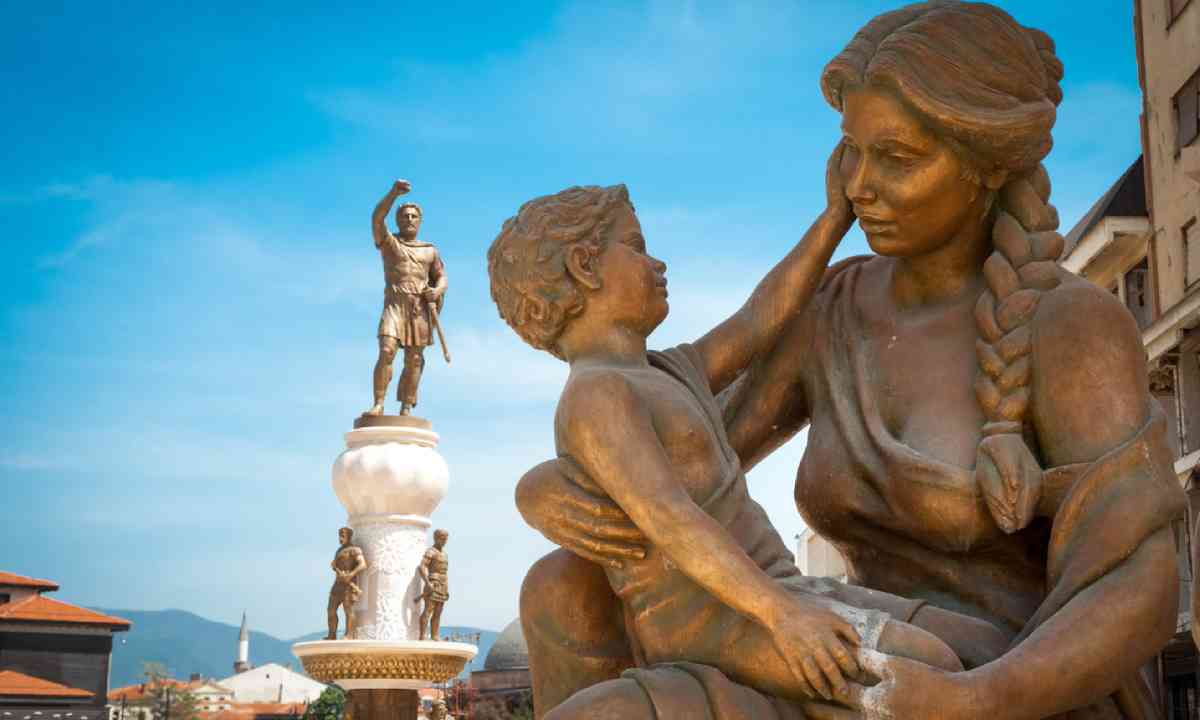 Statue of Mother & Son and Statue of The Warrior, Skopje (Shutterstock)

Most visible are the statues that dot the main streets and squares of the city. Skopje now has its own Arc de Triomphe, while the Statue of the Warrior in the main square is the most triumphant of all. Anyone will tell you this is Alexander the Great – just don’t tell the Greeks, who are sensitive to such matters and claim Alexander as their own.

Any taxi driver or bar tender will tell you that the money would have been much better spent on hospitals and education. However, the government points out that tourism numbers to Skopje have shot up, bringing much-needed revenue.


Five hundred years of Ottoman rule, followed by a tug of war over its territory and being part of Yugoslavia, have left the Republic of Macedonia and its capital seeking an identity. Whether Skopje 2014 is part of the solution remains to be seen, and anti-Government / anti-corruption protests in 2016 - the Colour Revolution - have targetted the statues with coloured paint. But, for the visitor, it is all part of the fascination of a city that is a melting pot of Christian and Muslim, old and new.

Whether exploring the many museums, browsing the shops of the old Turkish bazaar or hanging out in a café sipping a macchiato, Skopje will reward the curious in spades.

Skopje is a 3-3.5hr flight from the UK. Flights arrive at the Alexander the Great Airport, 23km south-east of central Skopje. It’s not a particularly large airport but has the basic facilities.

Several buses a day run from the airport to downtown (with stops at the Hotel Continental, International Bus Station and Holiday Inn); a ticket costs 175 denars (£2.25). Taxis are available 24 hours a day; the fixed fare to town is 1,220 denars (£16) or €20. There are several rental car agencies.

International coaches run from Germany, Switzerland, Albania, Croatia, Bulgaria, Serbia and others. However, information isn’t that easy to come by – you'll find timetables here, but not in English. 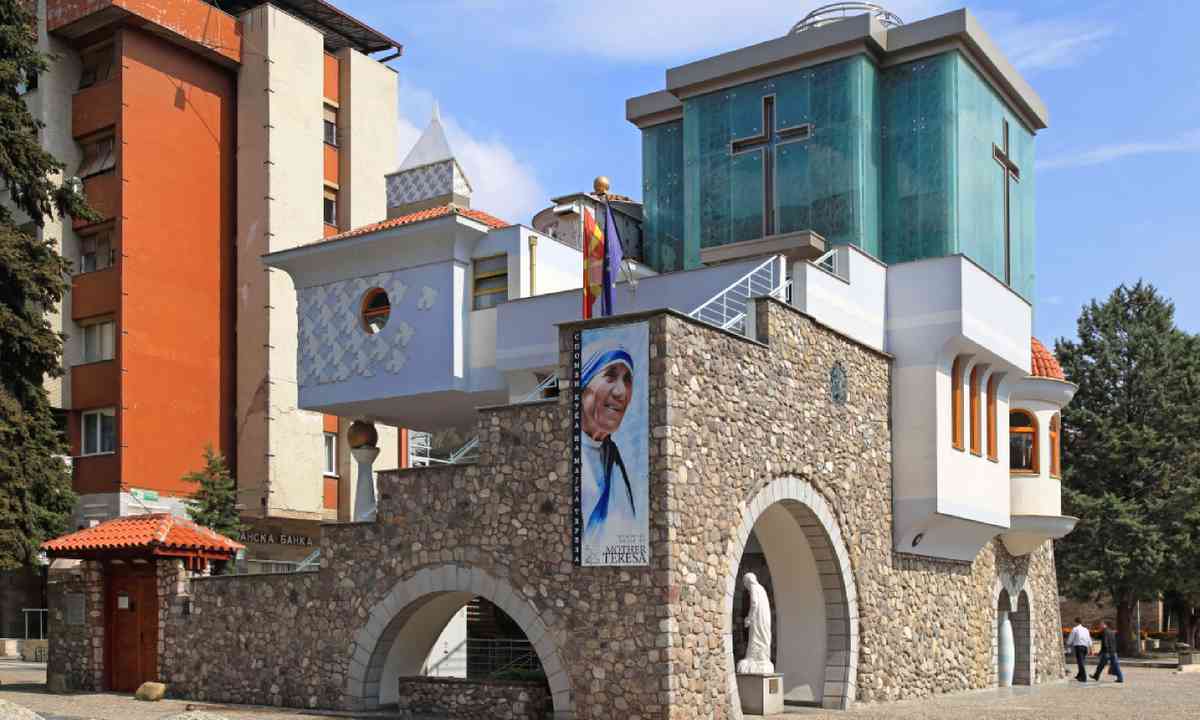 The city is bisected by the Vardar River. The area south of the river is mainly Orthodox Christian; this is also where the rail and bus stations are, and most of the shopping centres. North of the river is Carsija, the older, Turkish part of town. The main sights are easily walkable.

Start in the south, at the City Museum, housed in the old railway station, which was mostly destroyed in the earthquake of 1963; the clock survives, stopped at 05:17.

Skopje’s most famous daughter is Mother Teresa. A reconstruction of her home houses a commemorative museum.

The main square, known as Plostad, is dominated by the Statue of the Warrior; one exit from the square leads to the Arc de Triomphe. Heading north, you reach Kamen Most, the Stone Bridge. It dates back to the 15th century, and the Ottomans executed traitors here.


The bridge leads into the Turkish bazaar, the oldest part of the city. It is packed with small shops, cafés and bars. Linger over a coffee or two: Macedonia has adopted coffee culture like a zealot, and it is hard to get a bad macchiato.

Also on this side of town are the Kale Fortress, Mustafa Pasha Mosque and Sveti Spas Monastery.


For dinner, you could head to the Debar Maalo area, famed for its restaurants. But, if you only have one night, return to the Old Bazaar, to Pivnica An (or Beerhouse An; Maksim Gorki 1), a traditional restaurant in an atmospheric 15th-century caravanserai. 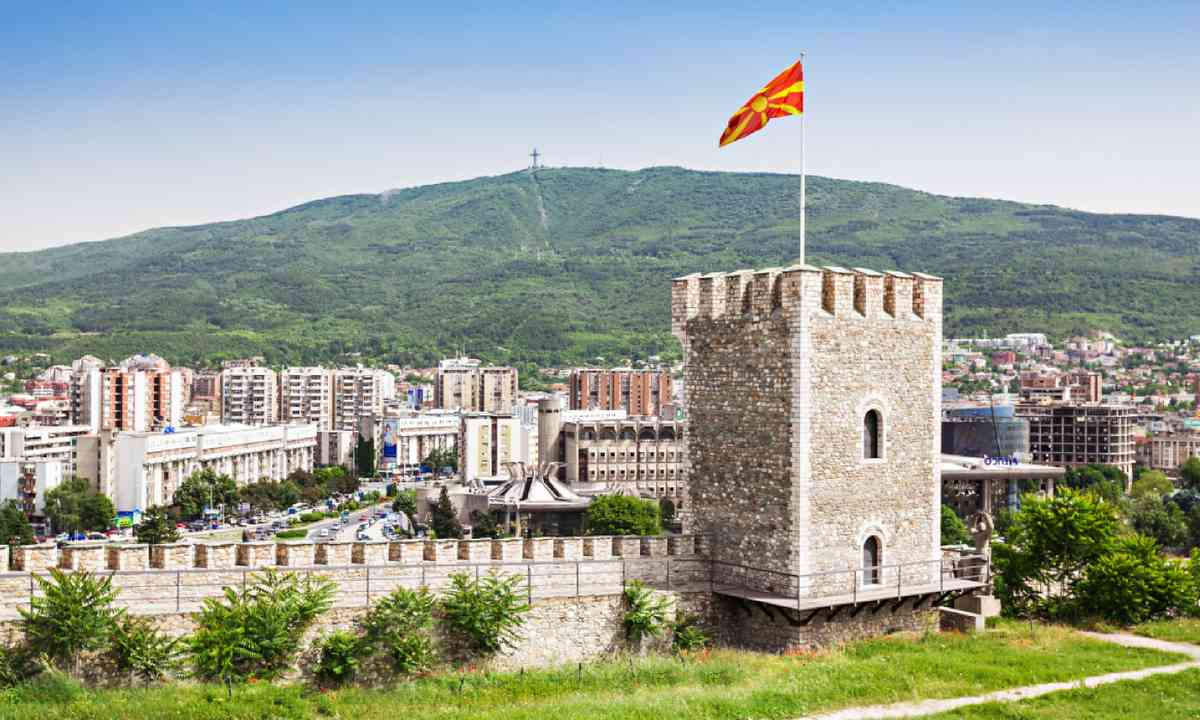 For something very different, Hotel Senigallia is a replica galleon, moored on the Vardar River near the Stone Bridge. It has 18 beautiful rooms, and an enviable location.

Mid-range: Hotel City Park (Mihail Cokov 8A) is a small, friendly hotel to the west of the centre, close to the restaurants and bars of Debar Maalo. It has large rooms with contemporary décor, as well as space for parking. Doubles from €90 (£70).

Budget: There are now two branches of the friendly family-run Shanti Hostel (Rade Jovcevski Korcagin 11 & Prespanska 18); both are situated within a few minutes’ walk of the town centre as well as the bus and train stations. Dorm beds from €8pp (£6.25); private rooms and apartments also available. 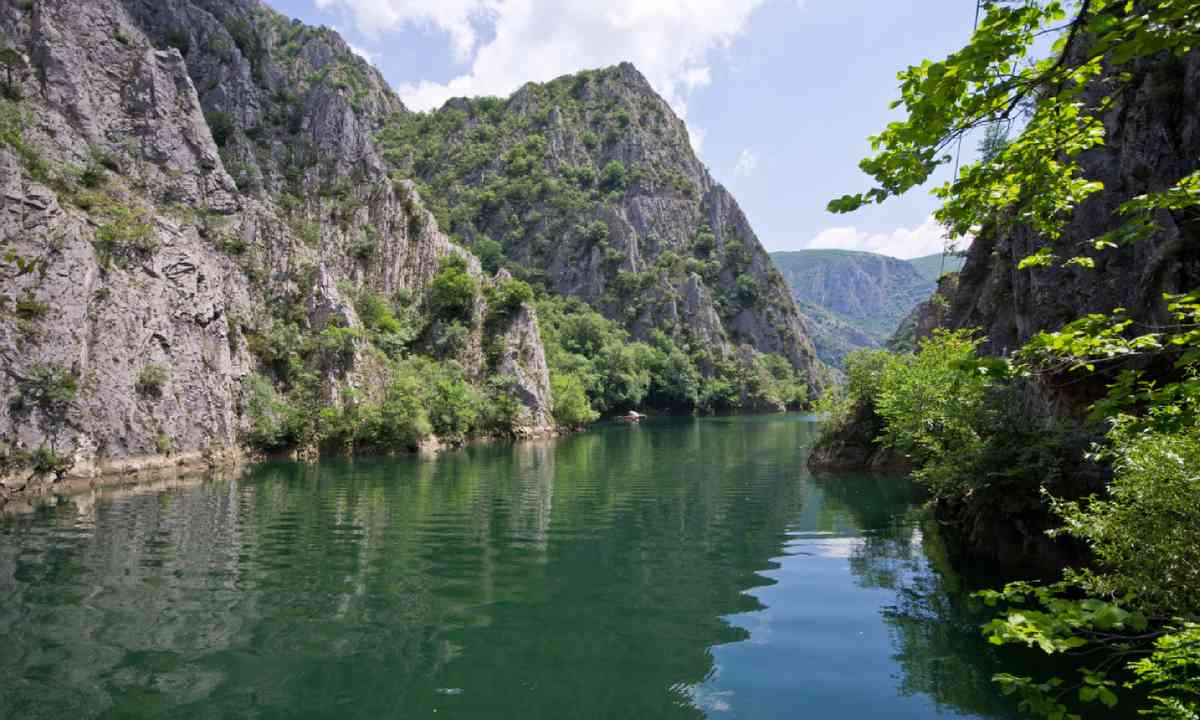 You can see much of Skopje in a day or two but it is also a good base for exploring the region. Just 20 minutes from town (by taxi - longer by bus), beautiful Matka Canyon offers boat trips (including a visit to a cave), while the more active can go hiking, rock-climbing or kayaking, before a trout lunch at the very good restaurant pre-book, or pop in and reserve a table before you go off exploring). It is busy here at weekends, but very pleasant in the week.

Or take a day trip to the remains of the ancient city of Stobi, with its Roman amphitheatre and villas, before getting an insight into Macedonia’s ever improving wines over lunch at top winery Popova Kula. You'll think you're in the Napa Valley.

Alternatively, leave the city to explore more of the country. Less than three hours from Skopje, lovely Ohrid and the lake of the same name, are a UNESCO World Heritage site. Take a boat trip, bathe in the clear waters and watch the sun set as you dine on fresh trout. Ohrid Town is an attractive base, or stay at the monastery of St Naum, now a hotel.

You can also hike or horse-ride in magnificent Mavrovo National Park or Macedonia’s other two national parks. The country has plentiful mountains, lakes and wildlife, making it a great destination for outdoor adventures.