Brazil’s most populous city – a mass of traffic and concrete — can bewilder at first. But take the time to explore, and you’ll soon be drawn in

What it lacks in beauty, São Paulo makes up for in sheer size. You’ll clock this from the plane (the left is usually best for views). With its perpetual concrete and traffic-soaked six-lane highways, this supercity can feel imposing, even impenetrable, at first. But don’t let that put you off.

São Paulo is where Latin America studies and works hard, but it’s also where it comes to play. Nowhere else gets close for nightlife, restaurants, shopping and vibrant, diverse culture. Nowhere welcomes visitors more enthusiastically. You’re a gringo in Rio. But in São Paulo you’re part of the throng, and making friends is easy.

The city’s reputation for crime is deserved but it’s almost completely restricted to the favela slums on the outer margins. It’s safe to walk around the central areas by day, though you shouldn’t flash your jewellery or camera around. Take a cab when exploring at night. 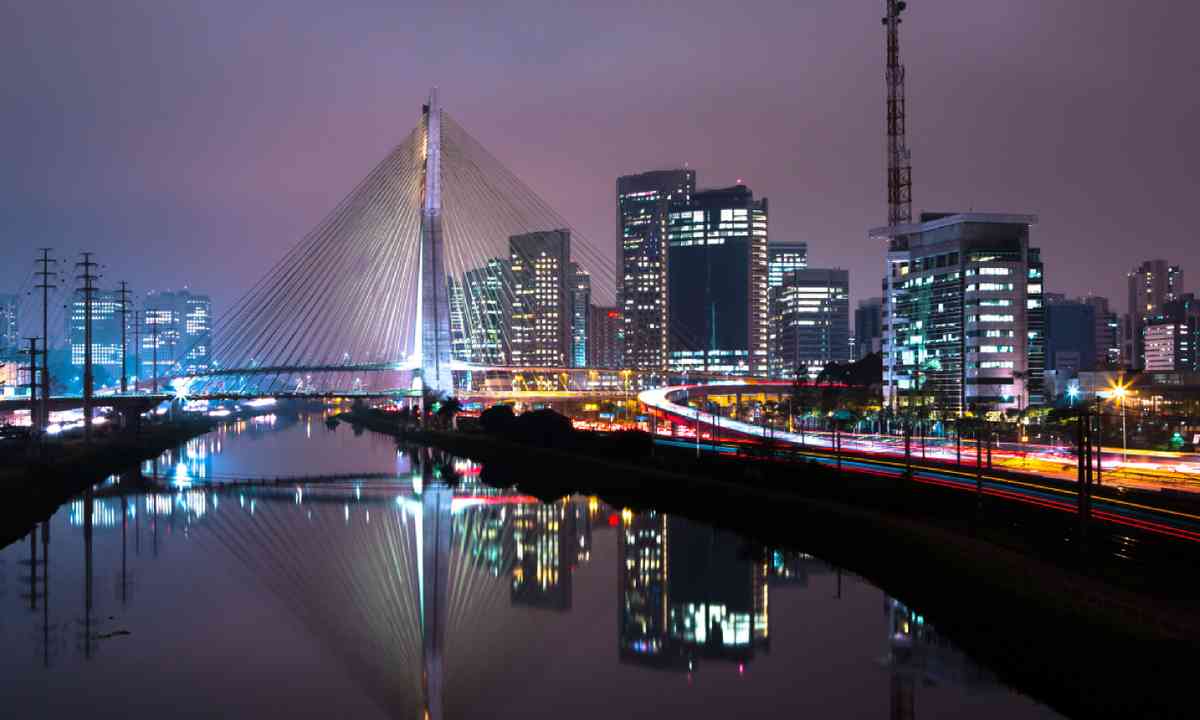 Before the 19th century coffee boom, São Paulo was little more than a Jesuit mission on the edge of Brazil’s vast interior. Coffee money and railway trade built grand avenues and lavish mansions – a handful of which survive. Industry boomed in the 20th century making São Paulo Brazil’s wealthiest city; it’s now responsible for 50% of the country’s industrial output.

It draws in millions of internal migrants from the poor north east, and from Europe, Asia and the Middle East. São Paulo has the world’s largest population of Japanese outside Japan, huge numbers of Italians, Koreans, Syrians and Lebanese, and the largest populations of Portuguese and Spanish outside Iberia.

Guarulhos Airport lies 25km north-east of the city centre and is served by direct flights from London Heathrow on British Airways and TAM. Flight time is 11 hours and returns cost from £550.

UK nationals don’t require visas but will need to fill out a landing card. Expect to queue for 20-40 minutes at immigration. In arrivals there are ATMs (Banco Bradesco is the most reliable), currency exchange and a tourist information booth.

Guarucoop taxis are bookable through a booth in the airport. Expect to pay around R$150 (£25) to a destination in the city centre (40-60mins, depending on traffic).

Airport Bus Service runs hourly buses between Terminal 4 and destinations in the city centre between 6.15am and 11.15pm; singles cost R$42 (£7).

São Paulo’s trains are local only. Buses run to Rio and other Brazilian cities; most leave from the Tiete bus terminal.

Population: 11 million (greater São Paulo, around 19.5 million)
Languages: Portuguese Timezone: GMT-3 (Oct-Feb GMT-2)
International dialling code: +55
Visas: Not required by UK nationals
Currency: Brazilian real (R$), currently around R$6 to the UK£
Highest viewpoint: From the Terraço Itália restaurant in the Consolação district you can see Niemeyer’s iconic Copan building (completed in the 1960s), the old city centre and the Serra da Cantareira mountains.
Health issues: Hepatitis A and B vaccinations are recommended. There is a mild risk of dengue. Avoid drinking tap water. Don’t walk around the city after dark. 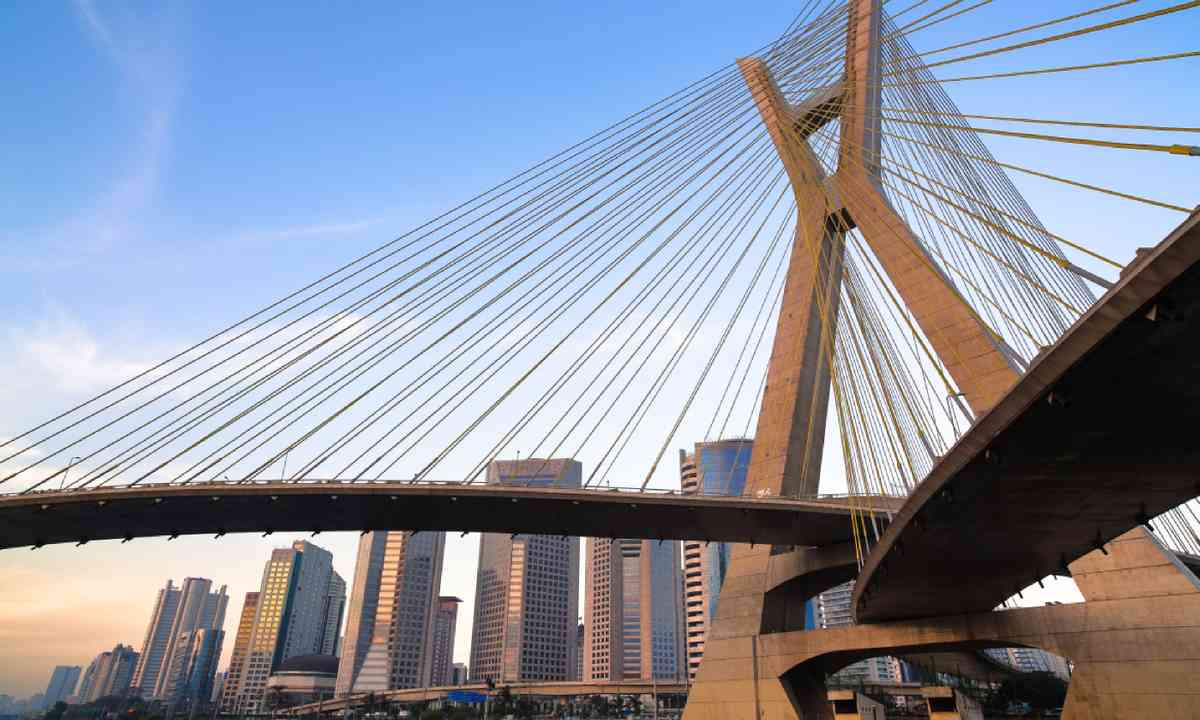 Recommended guidebook: São Paulo Focus (Footprint, 2014; new edition out in 2016)
Web resources: Few and far between in English – the official guide, cidadedesaopaulo.com, is only in Portuguese; visitesaopaulo.com has excellent up-to-date info and is available in English through Google translate.
Apps: Veja São Paulo (free); São Paulo mTrip, with offline maps ($4.99)
Climate: São Paulo has warm, wet summers (October-March) with daytime temperatures in the high 20°Cs. Winters (April-September) are cooler and drier, with temperatures peaking at 24°C. Temperatures fall by 8-10°C at night. Cold fronts from the Antarctic can bring chilly spells at any time of year.

Start with a stroll along the city’s skyscraper-lined main avenue, Avenida Paulista. Then take a cab to Luz to see Brazilian art in the Pinacoteca gallery and the sobering Memorial da Resistência, dedicated to the thousands who died or disappeared during the years of fascist and military dictatorship.

Hop in a cab to Clandestino (book ahead; +55 11 2861 0010) to enjoy cutting-edge Brazilian fusion cooking from Bel Coelho (who trained in Michelin three-starred El Celler de Can Roca in Catalunya). Then stroll down adjacent Beco de Batman to see vibrant street art. 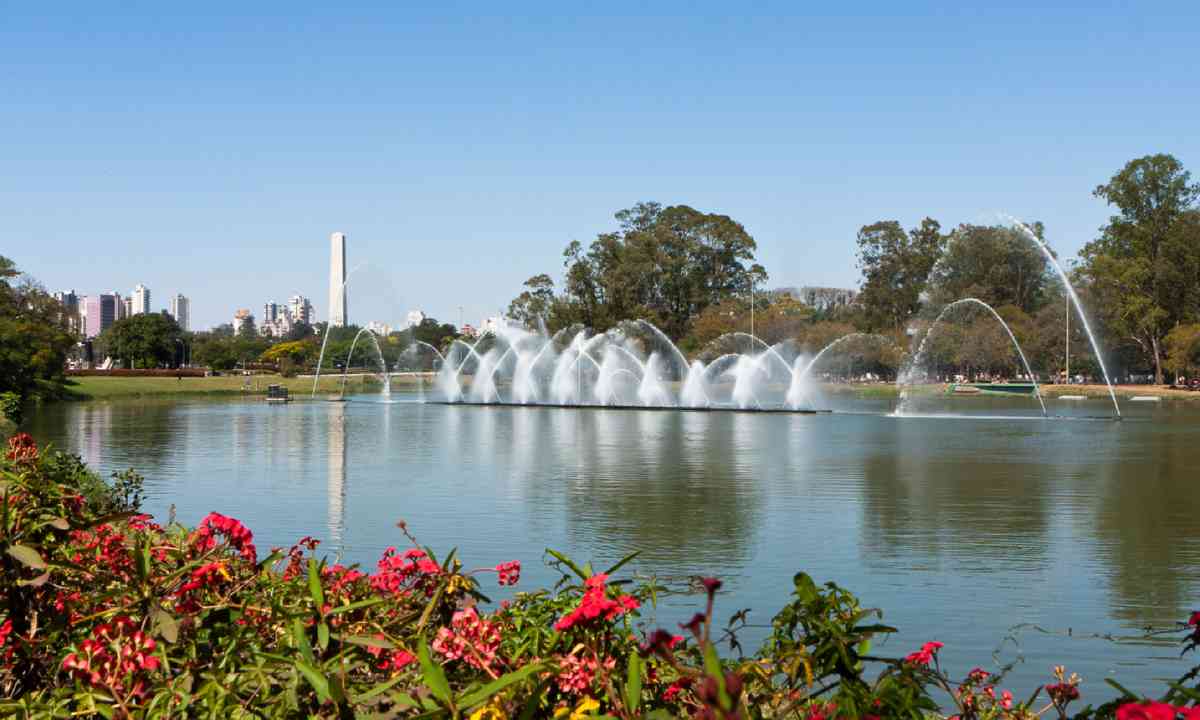 Arrive at the Terraço Itália in time for sunset and superb views of São Paulo as the city lights come on. Avoid the food; instead, eat at Alex Attala’s D.O.M (reservations essential), number nine on the San Pellegrino list of best restaurants in the world, and offering a menu of Amazon ingredients served with European panache.

Dance the night away in Vila Madalena at Grazie a Dio or Ó do Borogodó samba clubs.

Top End: Tivoli Mofarrej is a luxurious tower hotel in an unbeatable location, near the Jardins shops and Avenida Paulista. Opt for a sumptuous upper-floor room with marble bathrooms and twinkling cityscape view. Book a table at the scenic top-floor restaurant. Doubles from £135.

Mid range: Transamérica Classic Ópera offers elegant modern flats, a stroll from the shops in Jardins. Choose a room above floor 15 for quietness and views. From £60.

You need a long weekend to see all the museums and sample the best of the restaurants, bars and shops. Don’t miss MASP, for the southern hemisphere’s finest European Old Master art collections and the Football Museum, housed in the art deco Pacaembu stadium and celebrating Brazil’s glory days. 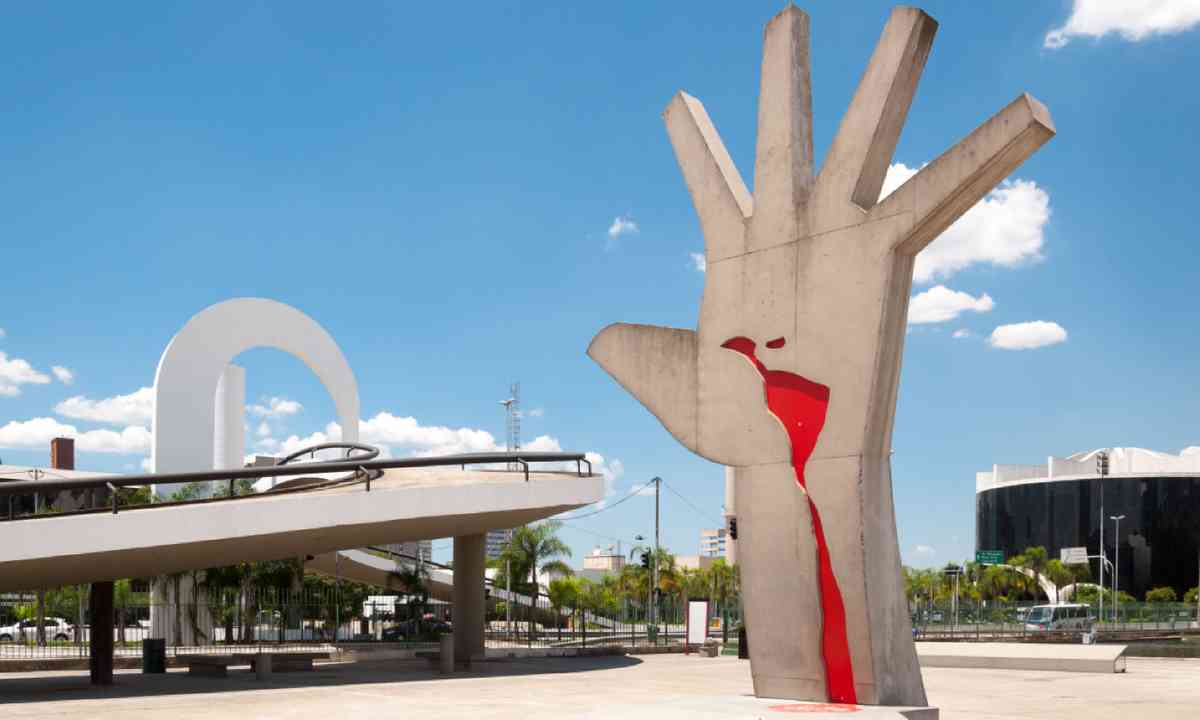 The Memorial of Latin America (Shutterstock)

For fresh air head to Parelheiros, in the city’s southern reaches, to see pristine cloud forest or the Botanical Gardens, 6km south of the centre, where hummingbirds flit over the flowers and howler monkeys screech in the trees.

By night browse the bars of Vila Madalena to dance to fervid forró, a jig from the north east, or smooch to Brazilian jazz at Baretto.

When the city has worn thin, rest on the São Paulo coast lazing on a beach of fine white sand backed by towering forest. The best is Praia do Félix.