Could this be Australia’s most liveable city? After heading down under Lyn Hughes reckons the sunny, buzzy, beautiful, booming, capital of the west might just be...

“Perth? Why would you want to go there?” asked the Australian consultant at a leading travel agency when I was arranging my first trip Down Under, 25 years ago. And he wasn’t joking. Ironically, there’s every chance he might be living there now. And, if not, he has probably considered it. For Perth is on the up and up, a thriving, cosmopolitan city that’s looking to the future with a contagious optimism.

“Welcome to paradise! I love it here,” said one local on my recent visit. “It’s ten times better than Sydney.” This was a sentiment reiterated again and again. Perhaps Perth’s isolation (it’s closer to Asia than to Sydney or Melbourne) has forced it to be resourceful and outward looking. Its natural beauty – a mix of Indian Ocean coast, the Swan River and Perth Hills – plus a sunny climate certainly make it an enviably liveable city. A free bus service and free WiFi in the city centre both help too. 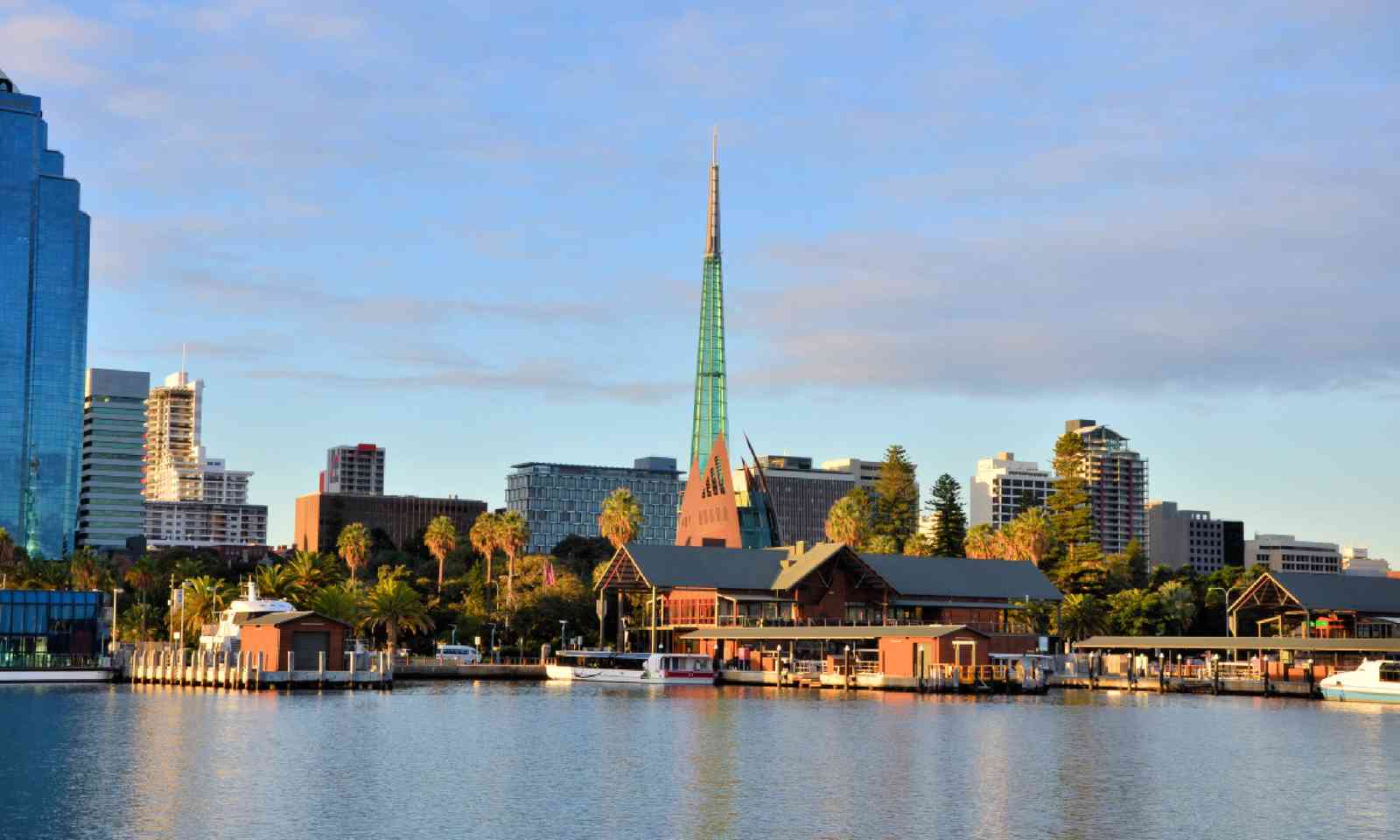 If you visited even ten years ago, you will be surprised by the changes now. The city is growing, the population is increasingly more diverse, and there is a real buzz about the place. Small bars and cafés are tucked away in heritage buildings, and there is a vibrant restaurant scene with new openings weekly. (Top tip: if you’re there in the right season, try marron, a crayfish-like crustacean only found in Western Australia).

There are ambitious plans too, with the rail tracks between Northbridge and the CBD (Central Business District) going underground, freeing up lots of new space for yet more bars, clubs, restaurants and retail outlets. Meanwhile, a new marina, shops and restaurants are opening imminently at Victoria Quay.

The boom of the past decade may have slowed down, as has the rest of Australia’s economy, but that means it’s a little more affordable again – making this the ideal time to visit.

Flights from the UK to Perth take from 20 hours. The airport is about 12km east of the city. International flights arrive at T1; domestic flights at T2, T3 and T4. The airport is currently very small, and is undergoing a massive redevelopment.

Other ways to arrive The legendary Indian Pacific train connects Perth with Adelaide and Sydney. It runs once a week (twice in peak season); Sydney-Perth takes three days. 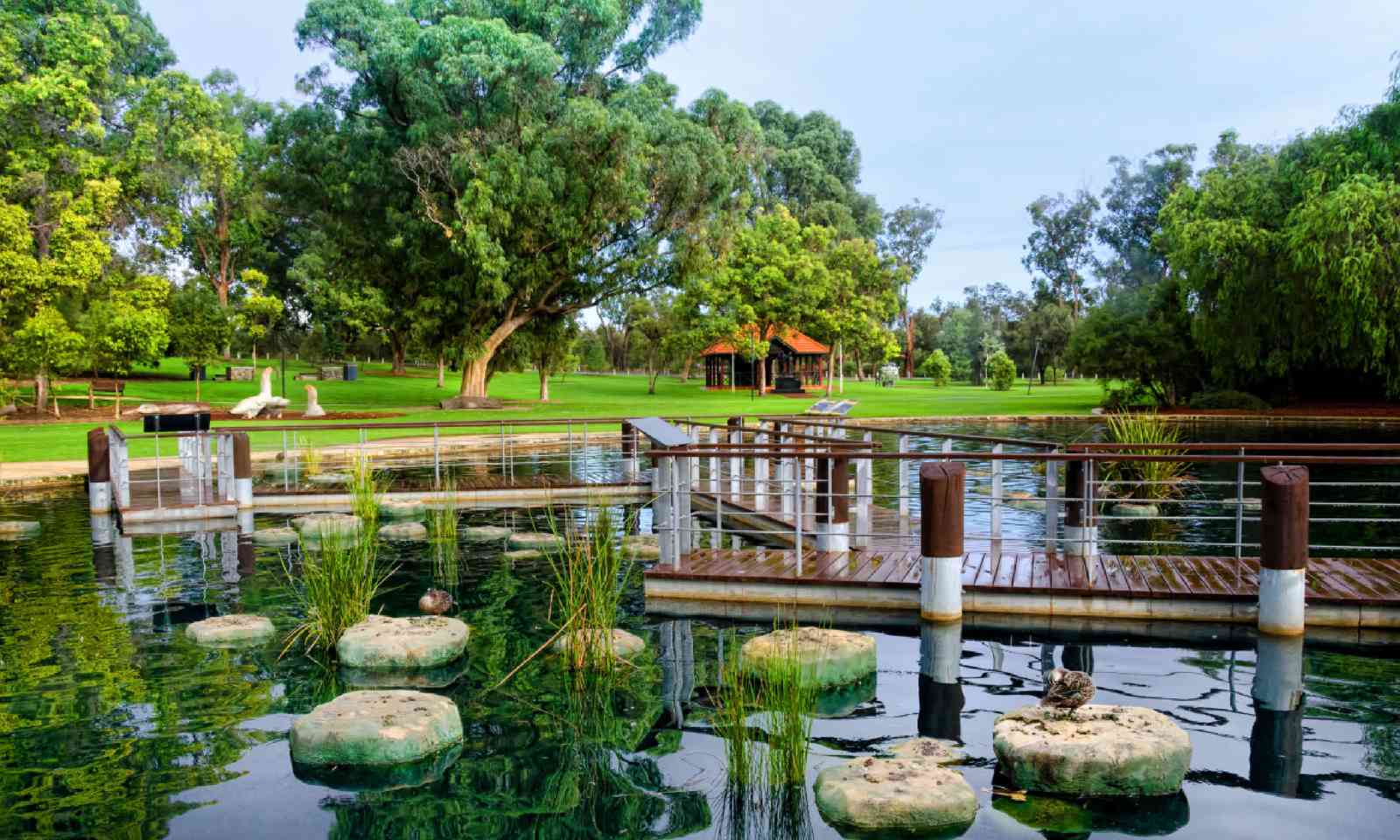 Start by taking the Number 37 bus up to Kings Park and the Botanic Gardens – reputedly the largest urban park in the world. There are sweeping views of the city from the park’s boardwalks, and you’ll get a good introduction to Western Australia’s flora and birdlife. The poignant War Memorial is worth the visit alone.

Back down in the city, either explore the shops and cafés of the West End or, for a cultural fix, head to the Perth Cultural Centre in Northbridge, next to the train station. This complex is home to the excellent Western Australian Museum (free), which gives an introduction to Perth and WA, as well as the Art Gallery of Western Australia (free), which is worth exploring for an hour or two, especially for its indigenous art.

Gold has been key in WA’s growth, and the Perth Mint (guided tour A$19 [£9]) gives a surprisingly interesting insight into gold-fever and its impact, with tours, exhibitions and interactive displays.

Take a sunset stroll or cycle along the Swan River, which will help you work up an appetite for dinner. Two Feet & a Heartbeat Walking Tours offers a three-hour Eat/Drink/Walk Perth Small Bar Tour (A$50pp [£24]), which will introduce you to some the city’s best establishments. The price includes grazing food and some drinks. Alternatively, explore the restaurants of the buzzy Northbridge area.

Mid-range: Also new and in the heart of Northbridge, the Nest on Newcastle (172 Newcastle St) is a small boutique hotel. Many of the individually designed rooms have balconies, and there is a roof garden.

Budget: Just outside Perth, the Fremantle Prison YHA (6A The Terrace) offers guests the opportunity to sleep in 19th century prison cells – the World Heritage-listed building was transformed into a hostel this year. 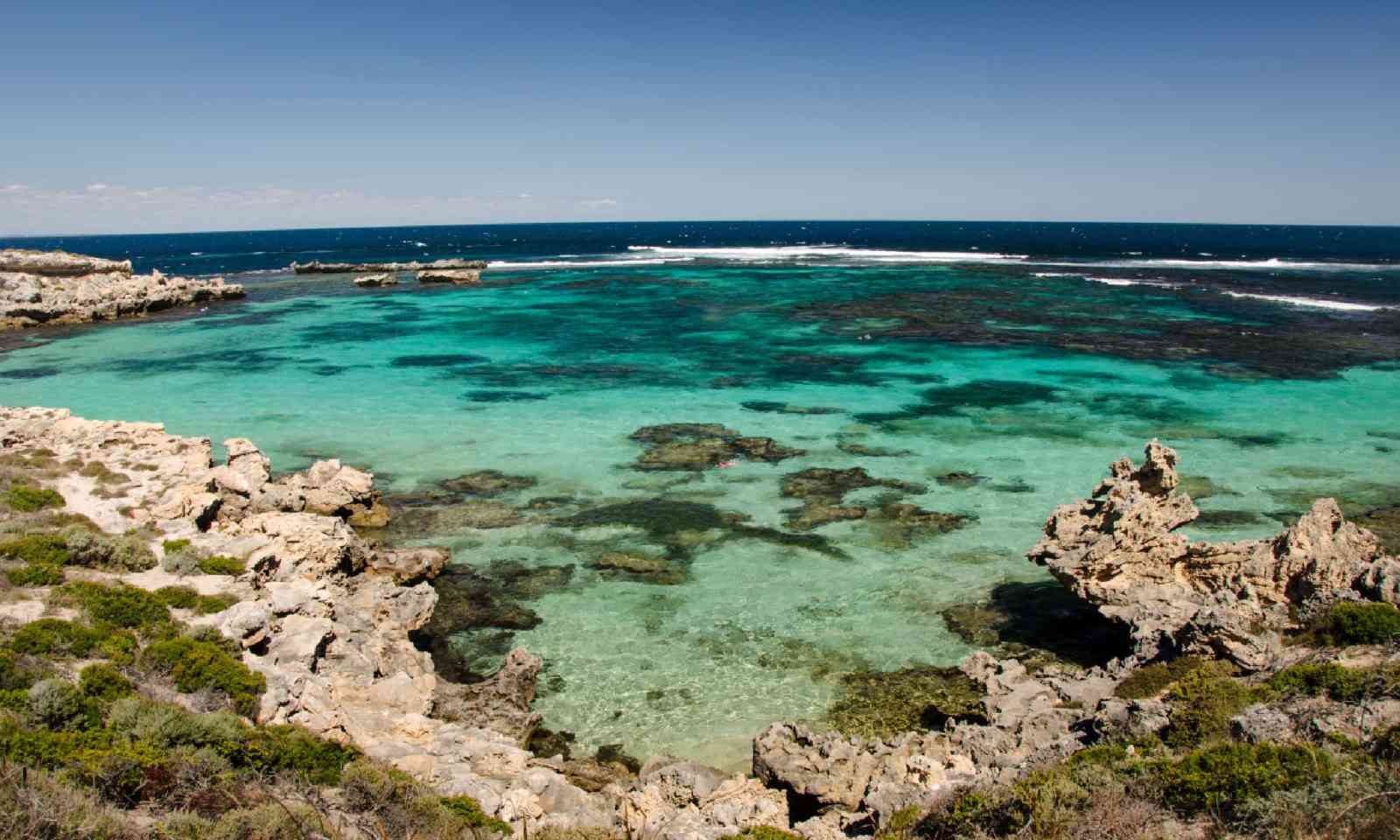 Perth may be the gateway to the wonders of Western Australia, but spend at least a couple of days exploring its environs.

Fremantle is an attractive port just south of Perth. It’s a hub for the arts, with many street performers and festivals, and a lively bar and café scene. From here it’s a short ferry-hop to Rottnest, a car-free island that is home to the quokka, a cute and friendly marsupial. Visit for the day, or stay the night. Two Feet & a Heartbeat offers a half-day cycling tour.

Animal lovers with a spare day or two can volunteer at Native Animal Rescue, north of Perth, which takes in sick, injured and orphaned animals, returning them to the wild when possible. Wine buffs can explore the 40-plus wineries of the Swan Valley on a day trip. There are also plenty of white-sand beaches along the coast. Cottesloe is the most famous, and home to a fun Sculptures by the Sea exhibition.