How to spend 24 hours in Muscat, Oman

Oman’s capital has never looked better – or had stronger ambition. Yet this bustling capital combines modernisation with the romance of old Arabia...

Before you arrive in Muscat, you need to know...

Until the 1970s, Muscat was a shadow of the city you see today. Hemmed in behind high walls, the tiny settlement housed the court from which Said bin Taimur oppressed the nation.

But in July 1970, his son Qaboos bin Said Al Said staged a coup, exiling Taimur to London. When Sultan Qaboos claimed the throne, poverty was rife and the country had only two schools – unthinkable now, in rich, modern, cosmopolitan Muscat.

The regeneration of the city has been big-scale and bigger budget, but hearteningly tasteful. High-rises are forbidden, and all new architecture is heavy on Middle Eastern motifs: think Arabian Nights in Italian marble.

Some original buildings remain – Old Muscat, where Taimur held court, has been preserved as a heritage area. 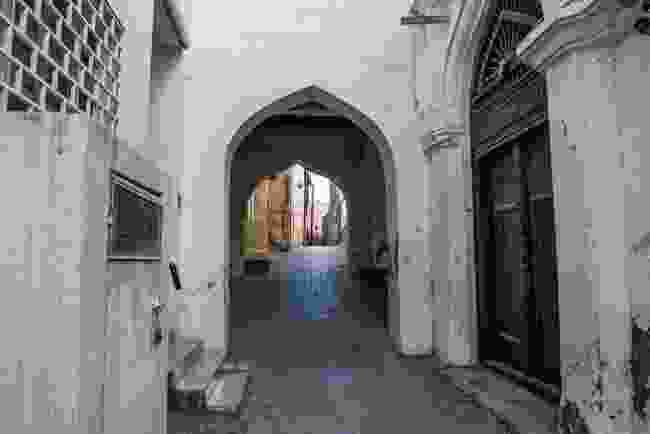 Wander through the older parts of Muscat, Oman (Shutterstock)

Oman is an absolute monarchy, but the sultan has created one of the region’s most stable countries. You’ll see his name and image on buildings city-wide.

The city, sandwiched between the Arabian Sea and towering limestone cliffs, is ever-expanding along the coast. Muttrah – with its busy harbour, gleaming buildings and hectic souk – is its heart.

As the walls around Old Muscat slowly crumble to dust, new Muscat strides on.

Getting to and around Muscat 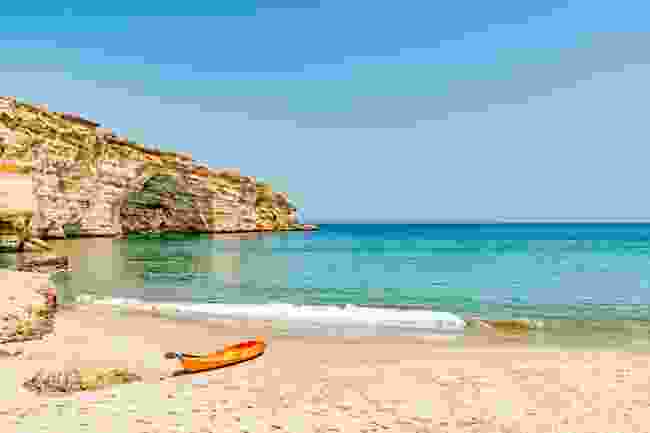 The main airport is Muscat International. Oman Air flies UK to Muscat direct (seven to eight hours). There are other direct flights available, depending on when you decide to travel.

A visa-on-arrival can be bought from the Travelex desk before passport control (no prior paperwork needed). Alcohol is sold in duty free, just before Arrivals; if you buy, consume discreetly.

How to get in to Muscat

There are no train stations or bus stops at the airport. Taxis into town must be pre-paid at the booth outside Arrivals (40 mins to Muttrah; OMR10 [£17.50]). Elsewhere in the city, haggle for taxi fares before you ride.

Other ways to arrive in Muscat 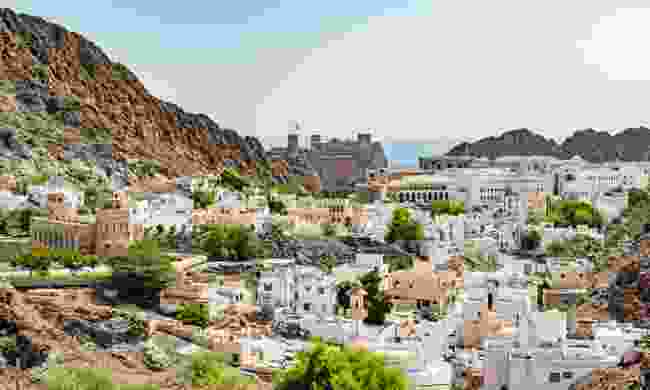 On the road to Old Muscat (Shutterstock)

Best viewpoint: On the road to Old Muscat – stop en route from the Grand Mosque to the Bait Al Zubair Museum for a glimpse of picturebook Arabia: a cluster of whitewash houses and the original port, overlooked by a fortress.

Health issues: No specific health concerns. Laws regarding alcohol, dress and conduct are strict – learn them.

Top tip: There is no formal public transport system in Muscat, so getting around can be tricky. Zahara Tours offers informative half-day city tours from OMR52 [£91] per car.

How to spend your first day in Muscat 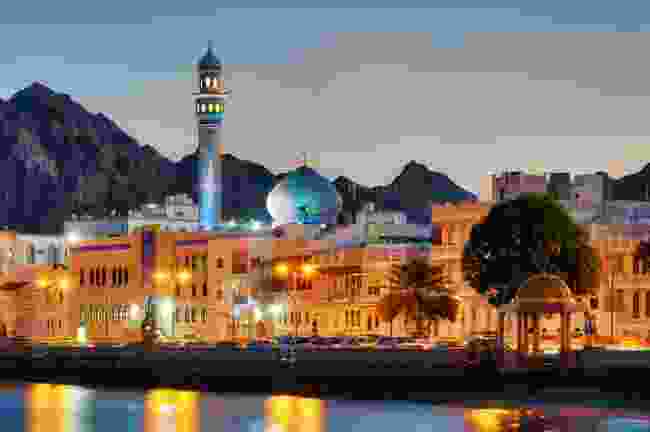 Sultan Qaboos Grand Mosque (Sat to Thurs, 8am to 11am, free) is the only place where you’ll find tourist crowds, so arrive before 9am. Gawp at this feast of sacrosanct opulence and stroll through its immaculate gardens. Do cover up; women must wear headscarves.

Ditch the tourists and head to Muttrah fish market – and go soon, before it moves to glossier purpose-built digs. It’s a busy, blood-spattered working butchery/ market with friendly traders and photo opportunities aplenty. 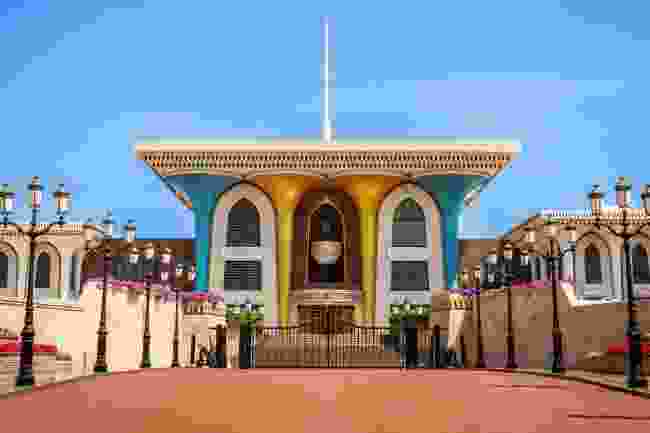 The gold-trimmed Al Alam Palace – one of Sultan Qaboos’s many residences – is flanked by government buildings, but don’t be deterred: you can wander around. A ten-minute walk away, the old harbour bears historical graffiti by crews who’ve visited over the past 500 years.

Where to stay in Muscat 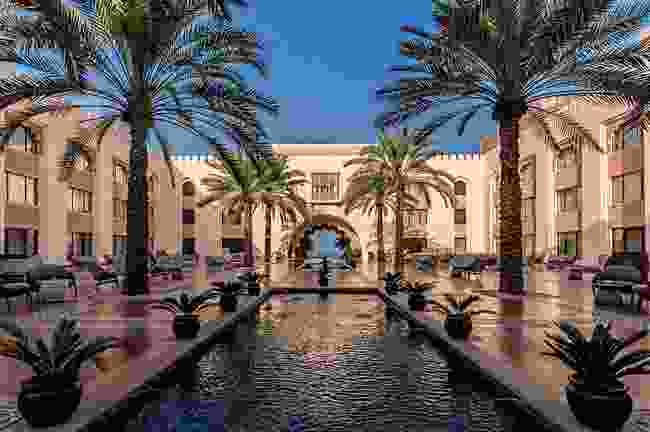 The opulent Al Husn Hotel is a spectacular 15-minute coastal drive from Muttrah.

It’s popular with Omanis, and a welcome retreat after a day exploring. It has frankincense-scented rooms, a tranquil pool and great restaurants. 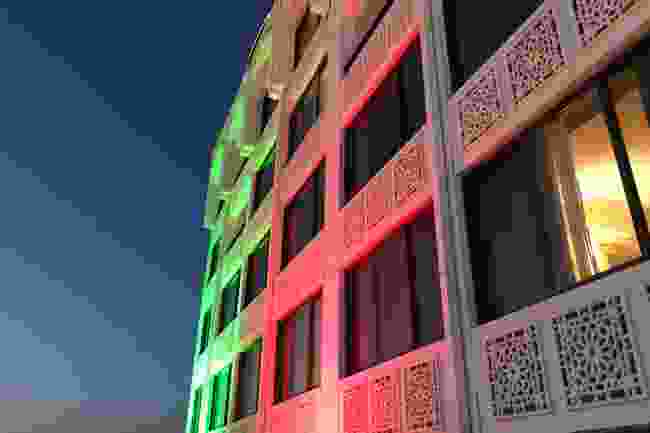 Crowne Plaza Muscat makes up for its business-like ambience with a great location: handy for Muttrah, and with a private beach too. Doubles from around OMR70 [£122].

On a tighter budget? Beach Hotel has clean, spacious rooms.

The outdoor majlis-style seating area is a nice authentic touch, and the location (halfway between the airport and Muttrah) is quiet and convenient. Doubles from OMR38 [£66].

Stay or go? How long should you stay in Muscat? 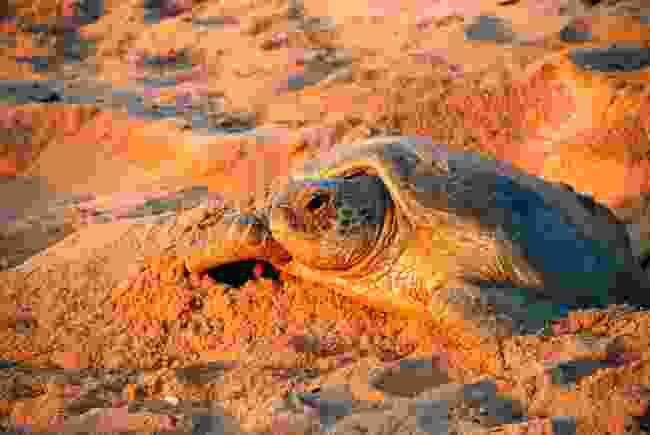 Muscat’s main sights can be absorbed in a day, so move on. Ras al-Jinz, a turtle nesting site of global importance, is a three-and-a-half hour drive south of the city along a quiet coastal highway.

Stop halfway, on the cliffs near Bimmah, to see turtles swimming offshore. Stay at the reserve’s comfy hotel, which offers daily guided turtle-watching tours (4.30am and 9pm). There’s an informative on-site museum, too. 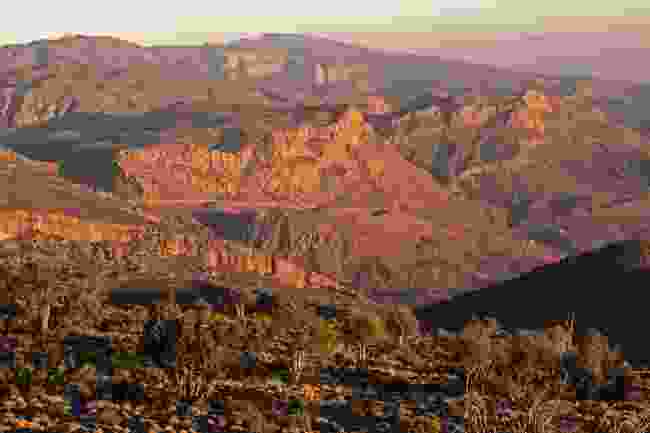 To the west of Muscat lie the Hajar mountains – take Highway 15 to Nizwa, a two-hour drive that skirts the range.

Overnight in Nizwa, a well-preserved historical city with a souk to rival Muttrah’s, then depart early to explore the mountains and cavernous wadis (riverbeds) of Jebel Shams – ‘Oman’s Grand Canyon’.

7 of the best things to do in Muscat