Perched on the south-eastern edge of the USA, both shielded by and built on the natural and manmade islands of Biscayne Bay, Miami feels somehow removed from the rest of the country. With a heritage largely shaped by years of Spanish, Cuban and later Haitian immigration, and sitting as close to Havana as it does to Orlando, it’s not really surprising that Miami has earned the itself the nickname ‘The Capital of Latin America’.

The influences of this varied historic influx can be seen across the city, especially when you look beyond the famous Art Deco architecture of trendy South Beach. Just west of Downtown is Little Havana; Little Haiti is further north. Here, on warm, tropical evenings, you can wander between salsa clubs, eat empanadas, hear whispers of vodou ceremonies and listen to the locals speaking a blend of Spanish, French and Creole.

It makes sense, then, that Miami International Airport is not only a gateway to Florida but a key transit point for those heading onwards to South America and the Caribbean. And while it may be tempting to carry on your journey without stopping off to explore, don’t be too hasty. Spend a day in multicultural Miami and you might feel like you’ve left American soil already. 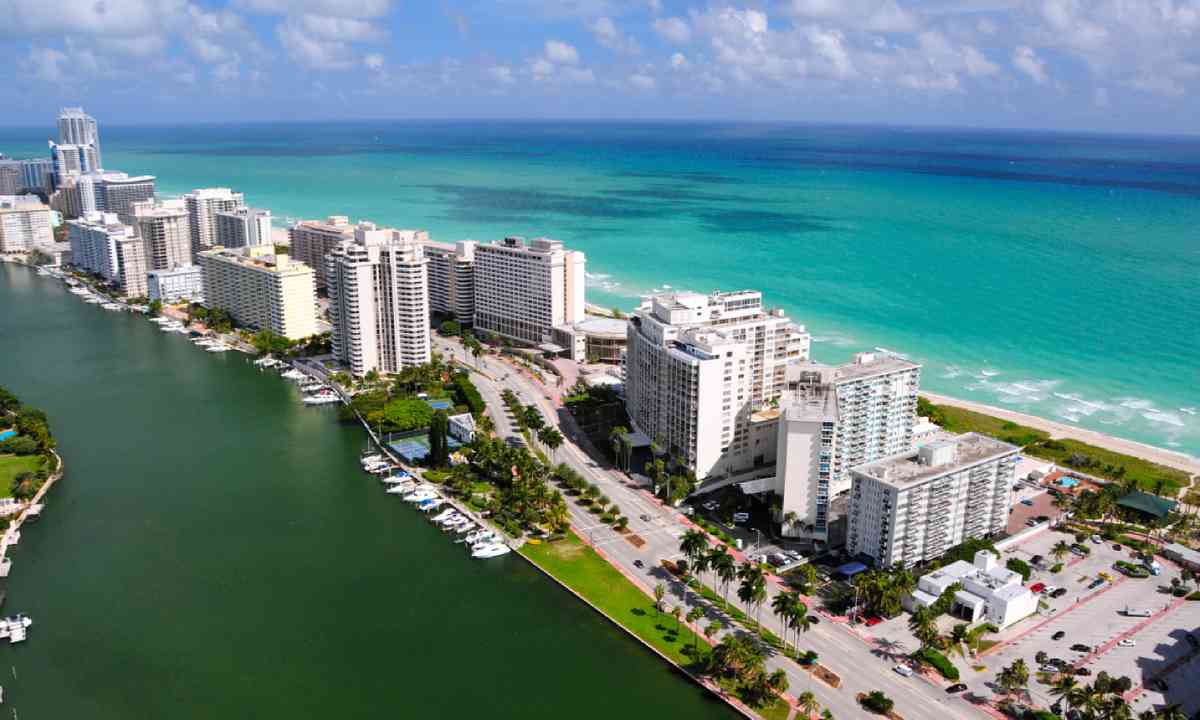 Flights from the UK usually arrive at the central hub of Miami International (MIA), about 8km from the city centre. Flights from within the US, particularly budget carriers, generally land at the smaller Fort Lauderdale-Hollywood International Airport, 40km north of downtown.

At MIA you’ll need to pass passport control, then US Immigration and Customs – you will be given a customs form to fill in on the plane, which will be stamped here. Queues can be lengthy.

Miami has four Greyhound bus terminals including one at the airport. Buses run daily from many US cities such as New York (30hrs) and New Orleans (22hrs); an NYC-Miami fare can cost as little as $89 (£57) one way. Amtrak trains run into Miami Train Station (8303 NW 37th Ave). Miami is the terminus of the east coast Palmetto service from NYC.

Population: 420,000
Language: English, Spanish, Creole
Timezone: GMT-5 (Mar-Nov GMT-4)
International dialling code: +1
Visas: Not required by UK nationals. You will need to obtain an ESTA before arrival; these cost $14 and are valid for two years.
Currency: US dollar ($), currently around $1.51 to the UK£. ATMs are readily available. Credit cards are widely accepted. Tipping is expected.
Best viewpoint: The most classic view of the city has to be from a boat out in Biscayne Bay.
Health issues: The sun is strong here – be sure to use high SPF sun cream. The hurricane season is June-November.
Recommended guidebooks: Eyewitness Top 10 Travel Guide: Miami & the Keys (DK, 2013); Miami & South Florida (Rough Guides, 2008); Miami & the Keys (Lonely Planet, 2008)
Web resources: Discover America; Miami and the Beaches
Climate: Tropical. Hot and humid (32°C+) in summer; December-May is more bearable and less storm-prone. 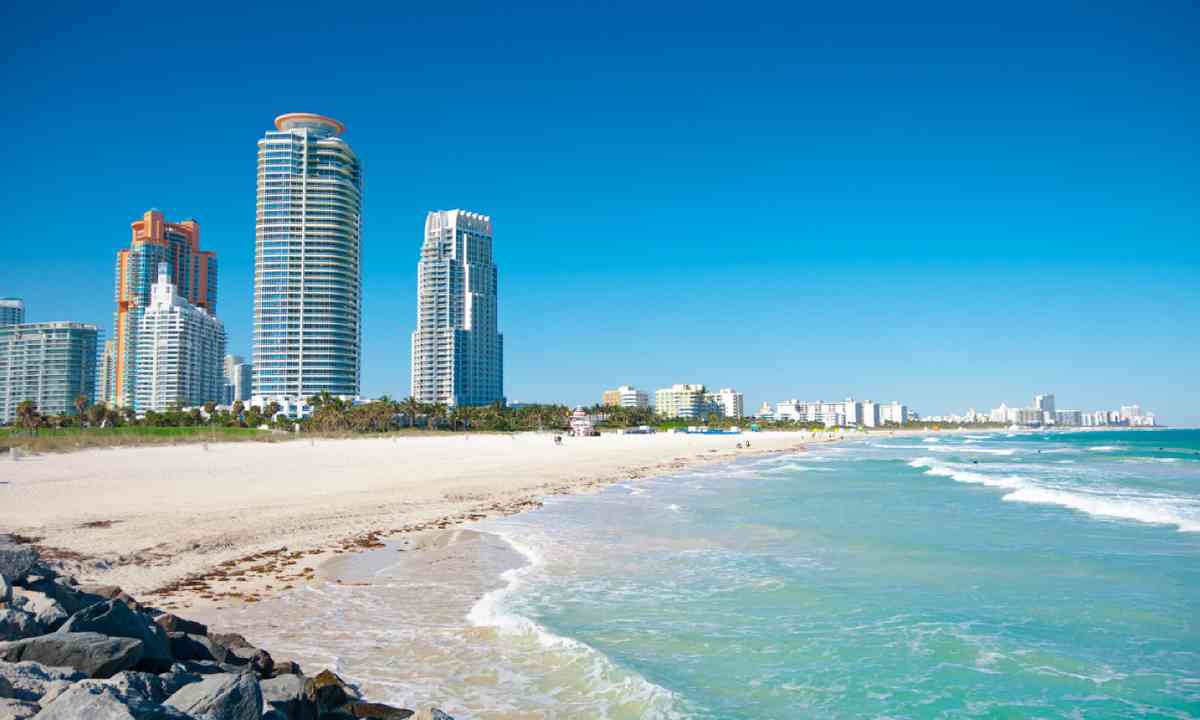 Start the morning with a stroll on South Beach – this iconic stretch of sand is where the health conscious come for an early run while last night’s revellers stumble home. Grab breakfast at The Front Porch Cafe.

Next, explore the Art Deco buildings. You can do this alone, but taking one of the guided walking tours from the Welcome Center will offer a better historical grounding.

Take a bus to Little Haiti and head for the Haitian Heritage Museum; call for opening hours. Learn about the city’s Haitian diaspora – the largest population of Haitians outside the country.

If you want more insight into Miami’s Latin American contingent, consider a trip to Little Havana, in particular SW 8 Street – locals call it Calle Ocho. Grab some Nicaraguan food from Guayacan, before calling at the Bay of Pigs Museum (1821 SW 9 St) to learn about the ill-fated 1961 invasion.

In the afternoon, cross the bridge to get over to Key Biscayne and Bill Baggs Cape Florida State Recreation Area for a meander among the mangroves and to visit the historic lighthouse.

As the sun sets, head back to South Beach for a slap-up Haitian meal – perhaps with a rum or two – at Tap-Tap.

Top end: The Tides at South Beach is the choice if you want to experience a touch of Miami luxury with a boutique feel. Think Art Deco vintage meets coastal cool, topped off with ocean views.

Mid-range: The Princess Ann Hotel offers clean and simple rooms. It is just a short stroll away from South Beach – but without the high price-tag that is usually attached to the hotels there.

Budget: The Freehand Hostel is a reinvention of the historic Indian Creek Hotel, one of Miami Beach’s classic 1930s Art Deco buildings. Just one block from the beach, it has both shared and private rooms. 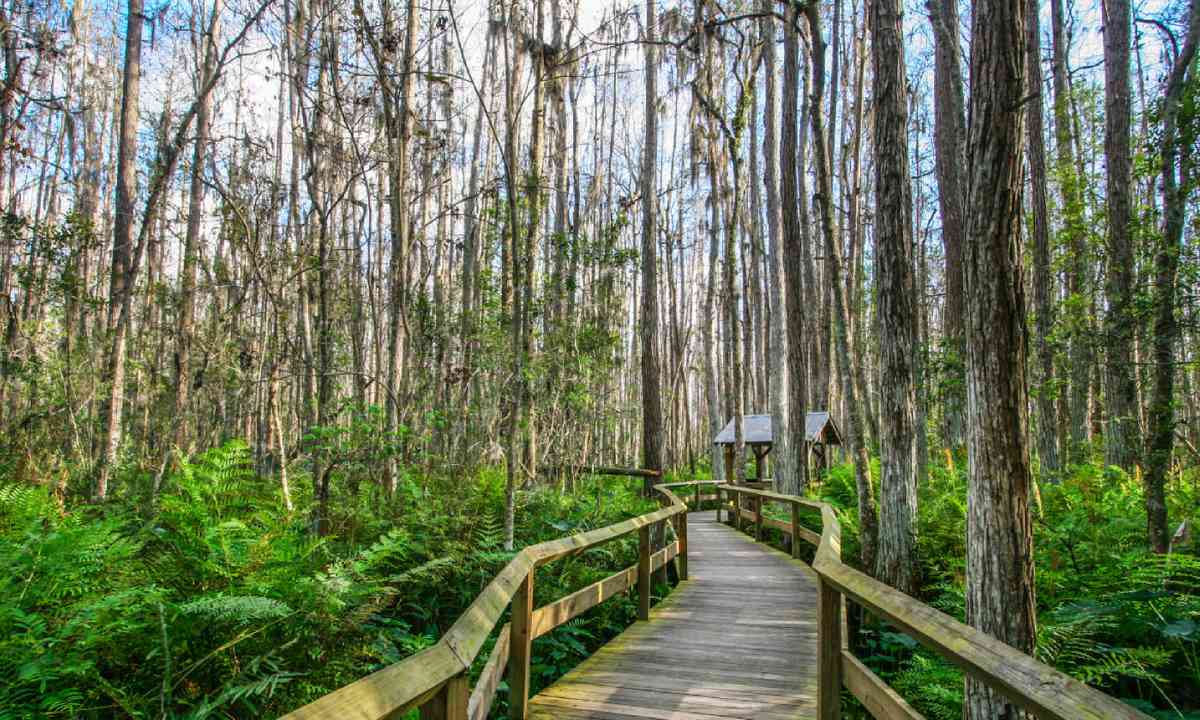 Stay, for a day – but then head further afield. There’s plenty more to see around the city.

For starters, there are two national parks within easy striking distance: Biscayne and Everglades. The former is a sprawling reef system where you can join guided canoe and kayak tours. The latter is the USA’s largest subtropical wilderness, a vast network of mangrove forest and wetlands where you can enjoy one of the most classic Florida experiences: watching alligators slice through the water and birds wading in the shallows as you zip by in an airboat.

Further afield is laid-back Key West and the quirky communities of the Florida Keys. These islands are ideal for cycling – the 122km Overseas Heritage Trail links them all together.

Finally, from Miami you can always jump on a plane, head south and explore Cuba, Haiti and beyond.