A heady blend of indigenous culture, hectic streets and busy street markets, it's easy to be overwhelmed by La Paz... Vicky Roberts helps you plan your stay

Hanging in the gap of a soaring mountain range, La Paz sits at a staggering elevation of roughly 3,650m above sea level, surrounded by the imposing Cordillera Real of the Andes and the snow-capped 6000m peaks of Illimani– the beloved mountain which presides over the city.

Officially known as Nuestra Señora de La Paz (‘Our Lady of Peace’), the city was founded in 1548 by Spanish conquistadors – its name deriving from the restoration of peace following several years of unrest. With one of the largest indigenous populations remaining in South America, a diverse blend of cultures are evident in the city’s streets; traditionally dressed paceños walk alongside suited businessmen, and the native tongues of Quechua and Aymara mingle with the prevalent Spanish. 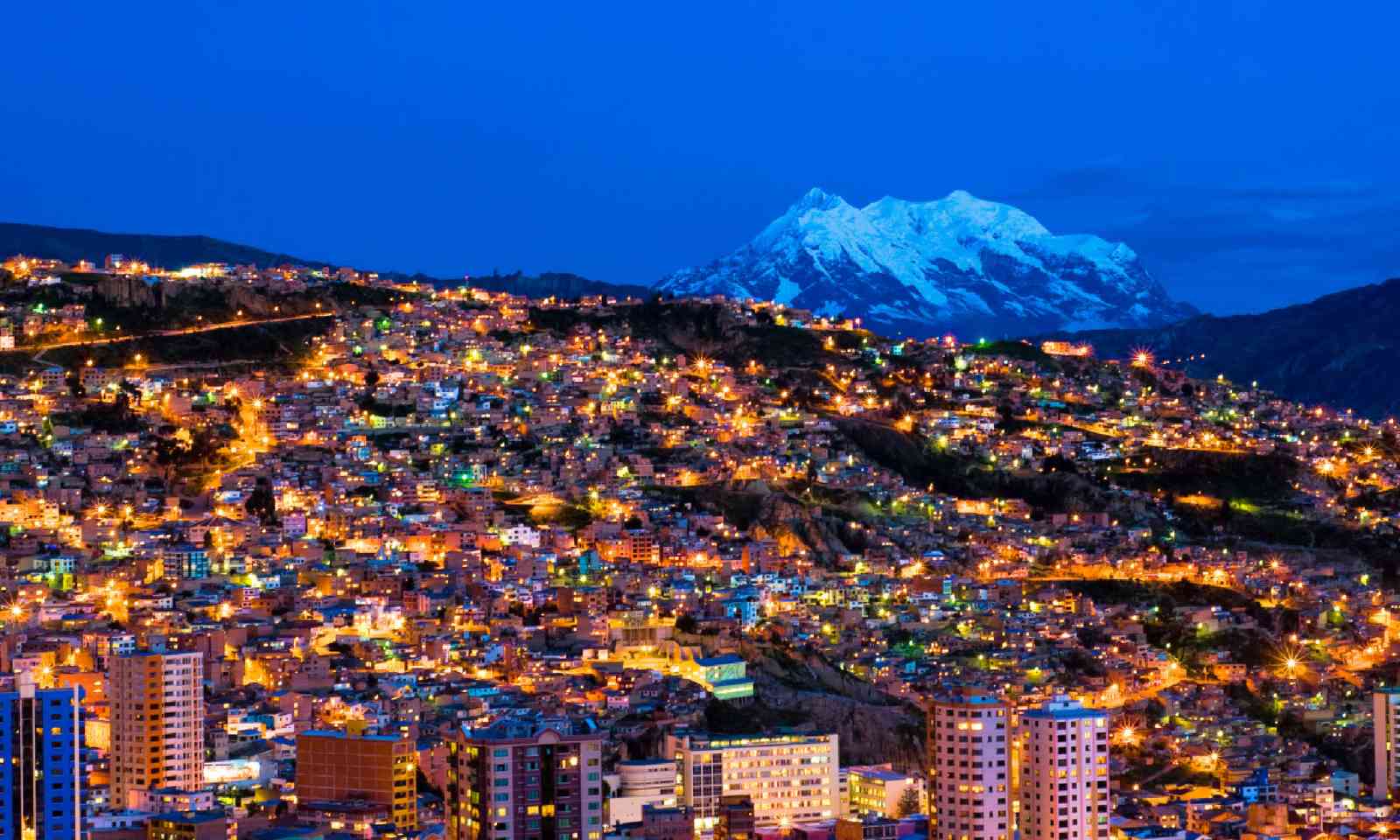 As a hint of the city's turbulent past, the mandatory sign “Todos somos iguales ante la ley” ("We are all equal before the law") is seen on the walls of every restaurant, café and retailer in the city.

The city’s urban zones sprawl from the highest slopes of El Alto on the altiplano down to the Zona Sur, and social class and altitude are inextricably linked; the affluent neighbourhoods occupy the warmer, lower regions whereas the city’s poor reside up where the air is thinner and cooler.

However, following the election of Evo Morales in 2005, Bolivia's first indigenous president, the discrepancy between the rich and the poor has begun to close, and the push towards socialism under the current government has weakened the grip of poverty. Morales set to work nationalising Bolivia's energy industries, exploiting the country's significant oil and gas reserves, and spurring significant economic growth.

El Alto International Airport is the highest in the world, and the views of the Andes during landing are often unforgettable. Be wary of the extreme altitude on arrival; take your time passing through the airport. Local currency (Bolivianos) and US dollars can be withdrawn from ATMs in the airport, and remember when leaving that a departure tax is applicable on both international and domestic flights (US$25 and 15 Bolivianos respectively, paid in cash). 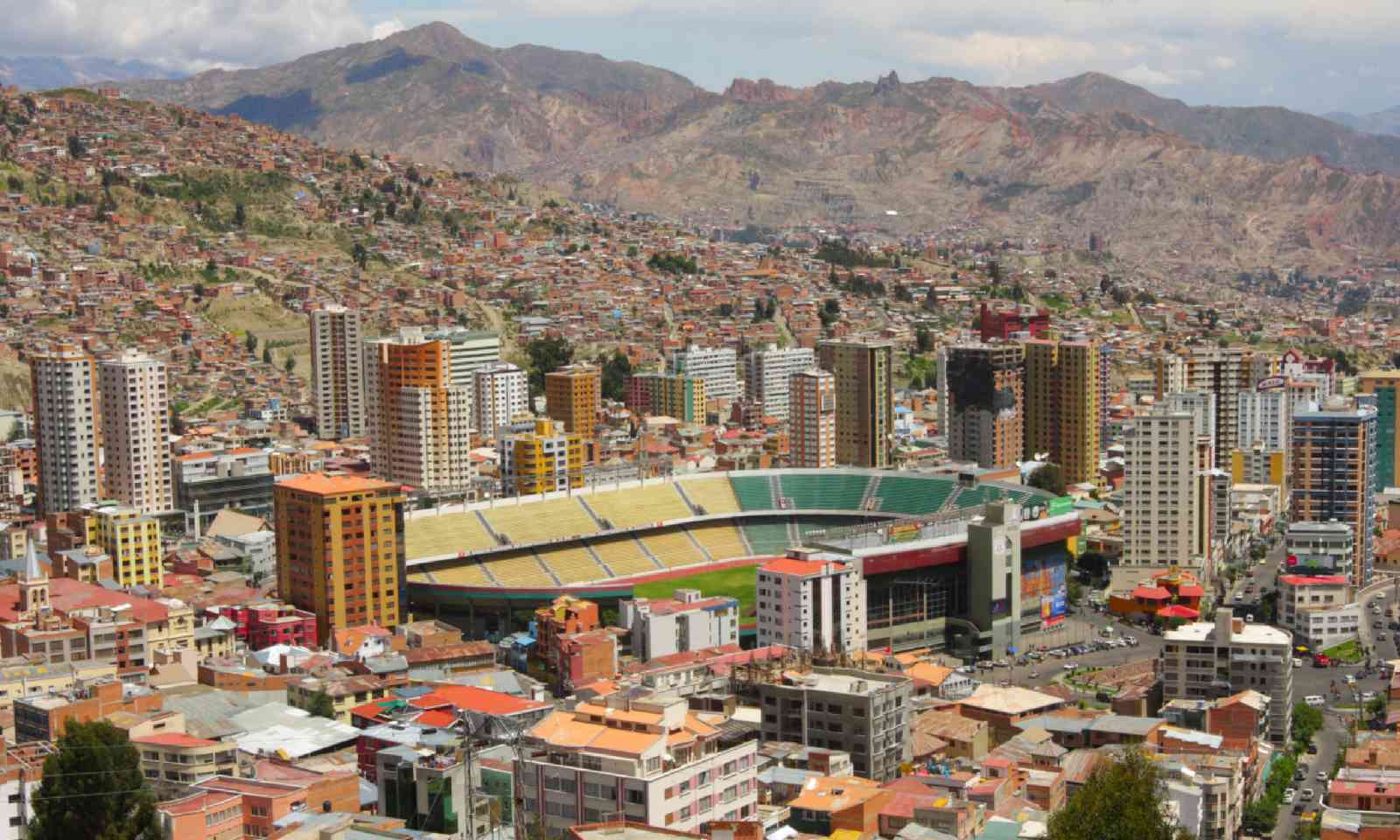 The international airport is located 13km southwest of the city high up on the altiplano, and taxis usually cost 60-70 Bolivianos to reach the centro (around £6). The journey can take anything from 25-60 minutes depending on traffic. Be sure to take an official radio taxi, and have your camera ready for the panoramic views of the sprawling city as you descend into the mountain basin.

Minibuses depart regularly throughout the day and evening up until 9pm, offering a cheap – albeit often claustrophobic – alternative (around 5 Bolivianos).

Population: 877,000 (2.3million including the whole metropolitan area; La Paz, El Alto and Viacha)
Language: Spanish, although Aymara and Quechua can still be heard on the altiplano and in El Alto.
Timezone: GMT-4 (No daylight saving time; in summer BST-5)
International dialing code: +591
Visas: Not required by UK nationals
Currency: Boliviano (BOB/.), currently BOB/.10 to the UK £
Best viewpoint: Mirador Killi Killi offers fantastic 360-degree views of the city, including Mount Illimani’s snow-capped peaks
Health issues: As one of the highest cities in the world, La Paz can cause altitude problems for some tourists; take it easy for the first day or two, drink plenty of water and maybe try South America’s favourite remedy – mate de coca (coca-leaf tea).
Recommended guidebooks: Bolivia (Lonely Planet, 2013)
Climate: Summer is also the wet season (December-March); days are typically warmer despite some unpredictable rain showers. Temperatures drop in the dry and sunny winter (June-August) but the high altitude makes for some chilly nights, no matter the season.

The Plaza Murillo in the old town is an excellent place to start, a chaotic square filled with colonial gems such as the Presidential Palace – where Evo Morales gave his victory speech as the country’s first indigenous president – and cholitas selling colourful cups of whipped cream and jelly. Once the scene of dramatic political conflict, the square provides a fascinating insight into the historical, religious and cultural context of the city.

Two blocks away, one of the city’s oldest and most charming streets, Calle Jaén, is lined with fascinating museums depicting Bolivia’s intriguing heritage, including indigenous artefacts assembled from the ruins at Tiwanaku – a pre-columbian archeological site. 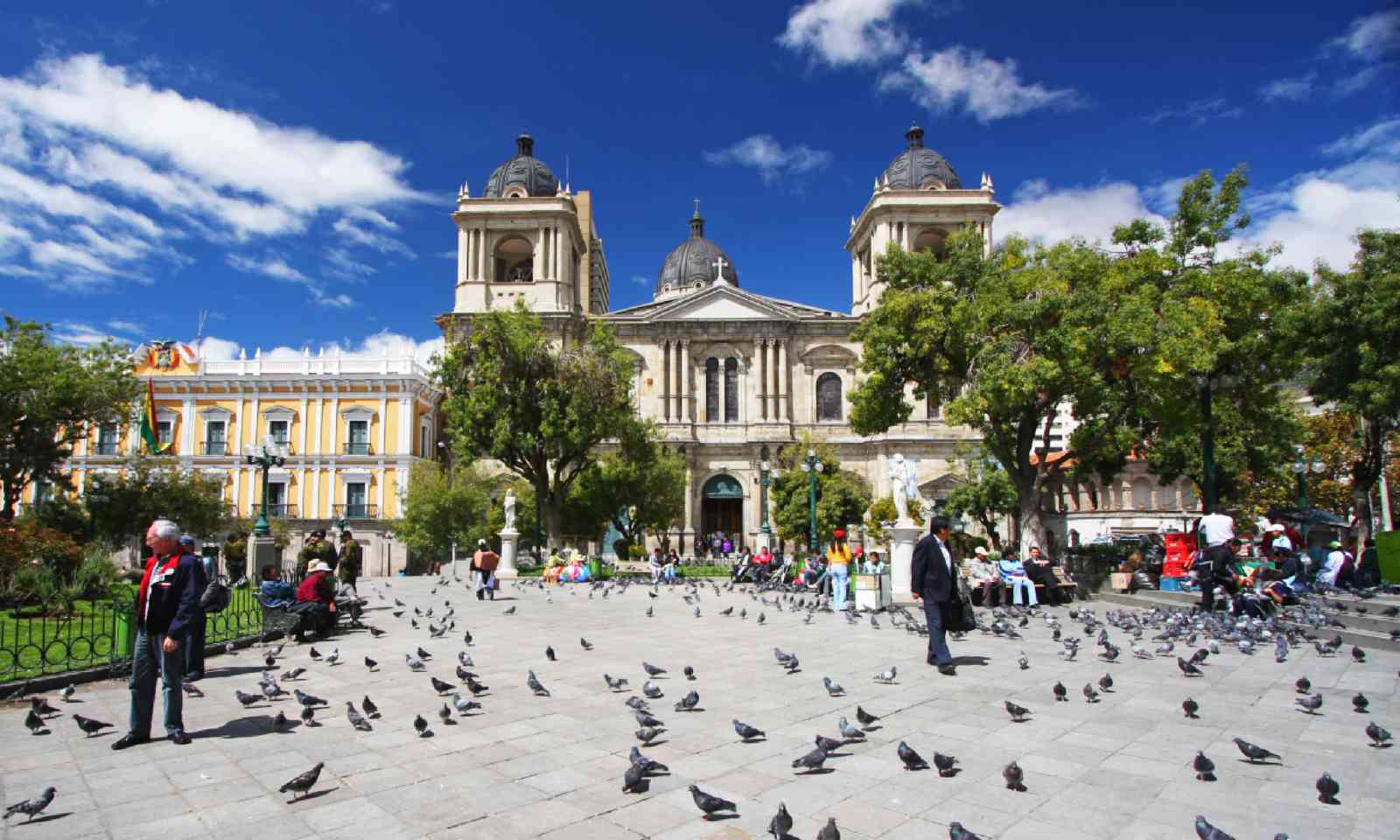 Cross over the city’s main thoroughfare – El Prado – and delve into the fruit and veg stalls of Mercado Lanza to sample the fresh fruit juices, but beware the jugo multivitaminico containing egg; paceños love to blend the shell in too.

Sit by the chiming bells in the nearby 16th century Iglesia de San Francisco before navigating the winding cobbled alleys of the witches’ market behind, where everything from alpaca socks to dried llama foetuses and love potions can be found.

Several blocks south, pass by the ominous entrance to El Penal de San Pedro, one of the most infamous prisons in the world with a reputation tarnished by drug scandals and corruption. The prison represents a microcosm of society within itself; wives and children live within the prison walls and prisoners must find jobs in order to rent their own cells.

Make time to sample the city’s diverse street food; salteñas are a renowned favourite, an oven-baked pastry, and don’t miss api con pastel – this purple-corn drink is served warm with a cheese empanada, fried and dusted with sugar. 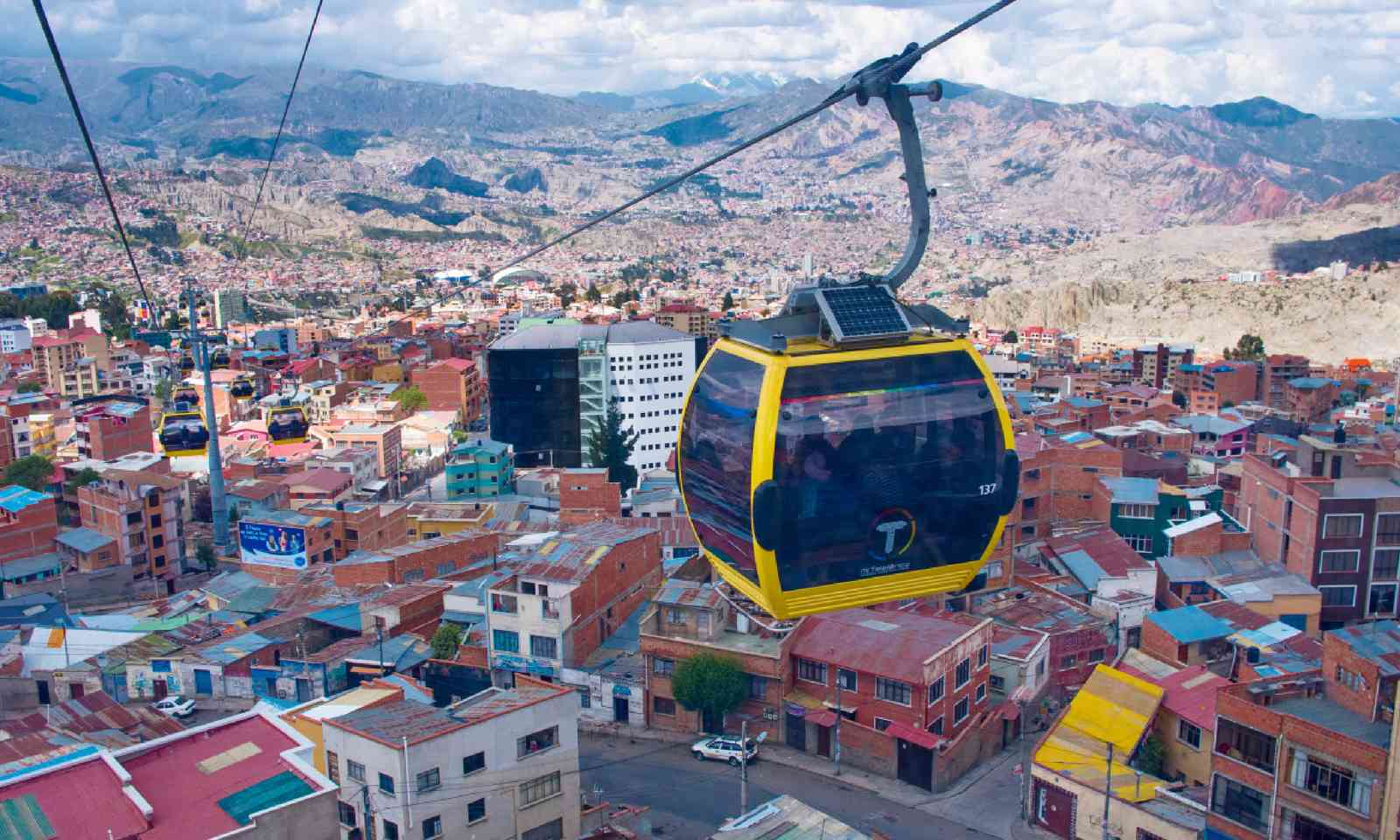 Catch an afternoon game at El Estadio Olímpico Hernando Siles – the allegedly haunted football stadium – before riding the cable car Mi Teleférico – the city’s newest and most exhilarating mode of transport. The red line runs up to El Alto, home to a sprawling street market on Sundays. Don’t forget your camera; the views suspended from the air are breathtaking.

Top end: Camino Real Suites (Calacoto Av. Ballivián #369) is located in the affluent Zona Sur, and the lower elevation here is ideal for adjusting to the city's altitude – the hotel even offers complimentary oxygen. An indoor pool, gym and an excellent restaurant combine with modern and spacious rooms in a secure residential area. Doubles from US$117.

Mid-range: With a warm ambience, impeccable service and a fine restaurant serving up both international and local fare, Hotel Rosario (Av. Illampu) offers rooms adorned with Quechuan and Aymaran features, centred around a charming courtyard. The colonial building occupies an enviable location in the heart of the city's centro, within walking distance of the notorious Mercado de las Brujas. Doubles from US$79.

Budget: Just two blocks from the bars and cafés of the trendy Sopocachi zone, the Hotel Rendezvous (461 Pasaje Sgt. Carranza) offers clean and comfortable en-suite rooms with access to a shared kitchen and garden. Fantastic views of Mount Illimani. Doubles from US$35.

La Paz is a unique place, and whilst it definitely warrants staying a while to get your head around the offbeat city culture, Bolivia is a gem of a country with much more to see.

The nearby Death Road, also known as The World’s Most Dangerous Road, is a must for thrill-seekers, who cycle on the edge of sheer precipices from a freezing mountaintop down to the warmer cloud forests of Coroico. Tours can easily be arranged from the city centre.

Head north to the Amazon basin to discover mind-blowing wildlife – caymen crocodiles, sloths, piranhas and pink river dolphins – whilst riding the lush backwaters in a canoe. 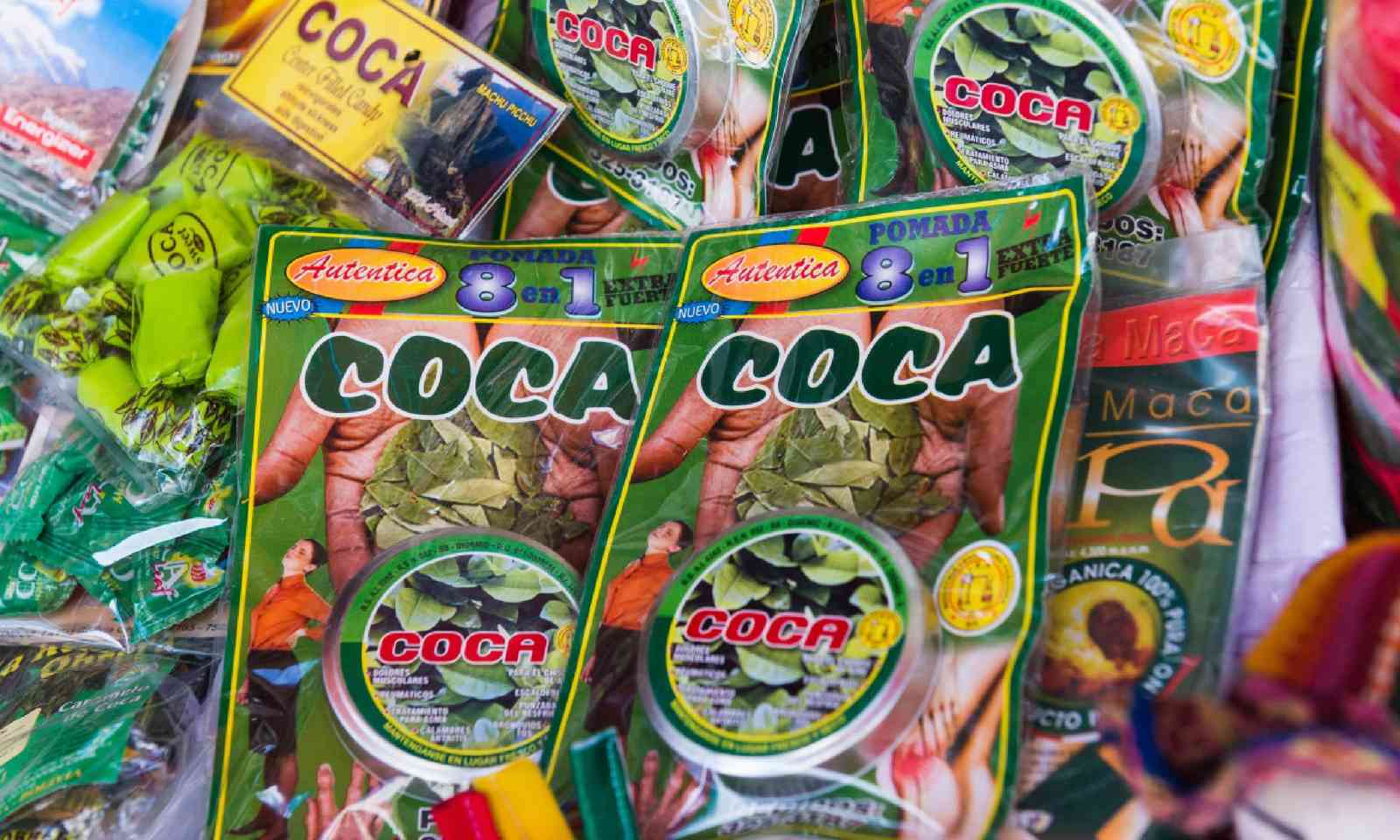 Explore the magnificent colonial architecture of Potosí, once the richest city in South America, or visit the claustrophobic silver mines of Cerro Rico de Potosí – a stark and sometimes upsetting insight into the poor working conditions.

One of Bolivia’s most popular attractions is undoubtedly the surreal landscapes of Salar de Uyuni, the largest salt flat in the world. Multi-day tours of the white crystal expanse include touring the mind-bending scenery of the Eduardo Avaroa Andean Fauna National Reserve; marvel at flocks of flamingos, steaming geysers and emerald lagoons, not to mention the stunning backdrop of the aptly named Salvador Dalí Desert.