Cusco is breathtaking in every sense – from its impressive colonial architecture and Inca temples to its lofty altitude. Lyn Hughes helps you acclimatise…

According to legend, Manco Cápac (son of sun god Inti) and Mama Ocllo (daughter of moon goddess Mama Killa) were sent to earth and rose from Lake Titicaca. They headed north until they reached the Cusco Valley, and the mountain of Huanacauri. Here they founded the Inca dynasty.

Whatever the truth, Cusco was established around 1100; to the Inca, the city was the centre of their empire, the navel of the world. It is reputedly shaped like a puma, with the Río Huatanay forming the spine, and the ancient ceremonial site of Sacsayhuamán the head. Squinting down from the plane as you fly in, you can just about see what they mean.

When the Spanish conquistadors captured the city in 1533, they plundered its gold, tore down its palaces and replaced them with their own churches, administration buildings and mansions. Earthquakes have hit the city over the centuries, most notably in 1650 and 1950, yet there are still Inca walls, built without mortar, that have withstood the test of time. Today, Cusco is a glorious mix of Inca and colonial architecture.

Despite the deluge of tourists (and too much traffic for its narrow streets), it retains its charm, as well as a palpable sense of its layered history. At 3,400m, it is one of the highest cities in the world, so allow time to acclimatise, especially if planning to head out on the Inca Trail or one of the other great treks nearby. But you should allow time here anyway, to do this iconic city justice.

There are no direct UK-Peru flights. Flights from London to Lima (via Madrid or the US) take from around 15 hours. Lima-Cusco flights take around one hour. Most flights arrive in the morning. Cusco’s airport is small but bustling, with hotel and agency booths, ATMs and money changers, plus oxygen tanks and coca tea for those already hit by the altitude. A major new airport is planned for the Sacred Valley, mooted to be open by 2017.

The airport is 5km south of the city centre. If you’re not being picked up by your tour company or hotel, take a taxi or colectivo (small bus) from outside the terminal; journeys should take around 20 minutes. Other ways to arrive Long-distance buses arrive from Lima (21-25 hours), Puno, Arequipa and other destinations. Some trains run to Cusco, although those from Aguas Calientes (for Machu Picchu) stop either at the village of Poroy, outside Cusco, or at Ollantaytambo in the Sacred Valley.

Population: 349,000
Language: Spanish
Timezone: GMT-5
Visas: Not required by UK nationals
Money: Nuevo sol (S/.), currently S/.4.6 to the UK￡
Best viewpoint: Sacsayhuaman offers the best view. Or take a taxi to the White Christ statue, which also looks over town.
Health issues: Altitude! Take time to adjust. Keep hydrated (go light on the pisco sours at first) and don’t overeat. Mate de coca (coca-leaf tea) is good for countering altitude sickness but is also a stimulant, so don’t drink it in the evenings as it won’t help with sleep issues – stick to muña tea instead.
Recommended guidebooks: Cuzco & the Inca Heartland (Footprint, 2011)
Climate: June-September is dry with clear, sunny days and cool nights; peak trekking season. November-April is rainy season, with mixed weather. April-May is a pleasant time, as everything is green. 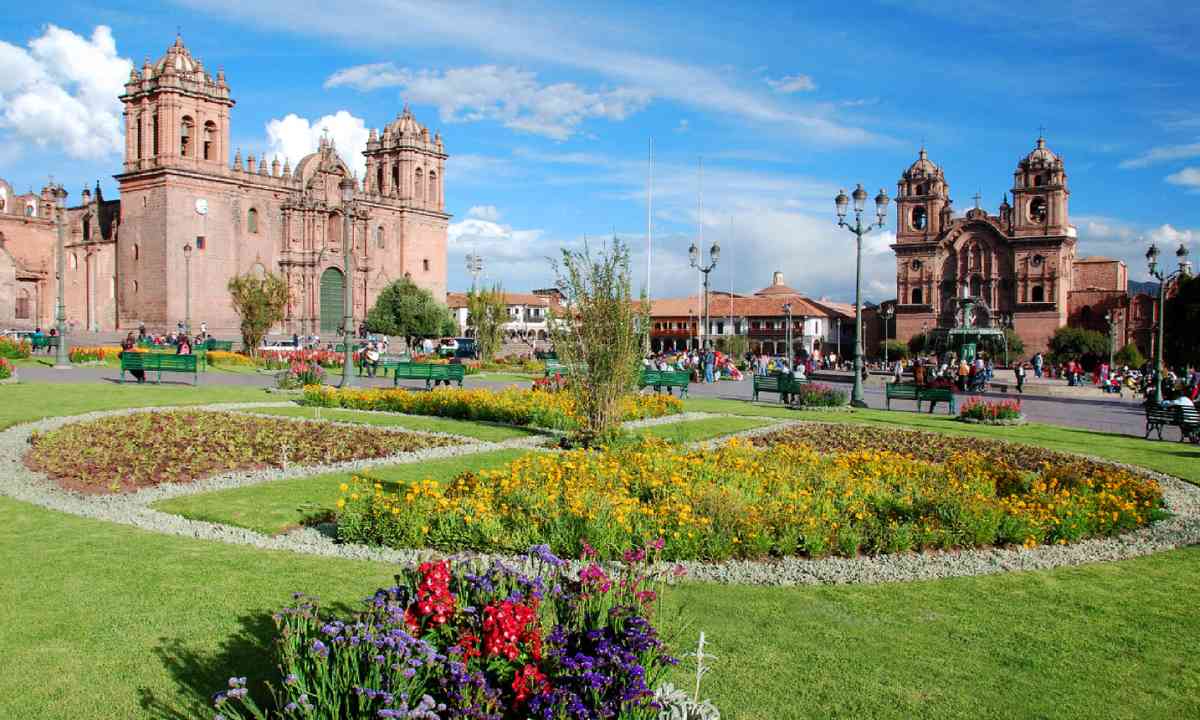 Take a guide and driver, or a taxi, to the huge site of Sacsayhuamán, overlooking the city (you will need a guide to really make sense of it). Then walk back down to Cusco through the San Blas neighbourhood, the artisan quarter, with its galleries and boutiques.

Stop for lunch (perhaps your first taste of guinea pig) at the legendary Pachapapa, which has a lovely courtyard. Or, if visiting the Museo de Arte Precolombino, try its MAP Cafe – one of the city’s best.


Carry on down the steep cobbled streets to the Plaza de Armas, Cusco’s main square since Inca times. The cathedral here was constructed on top of an Inca palace; inside, the many artworks mix Biblical images with indigenous ones. The most famous example of this is the painting of The Last Supper, which looks familiar until you spot that there’s a chinchilla on the plate in front of Christ.

The 1950 earthquake revealed the remains of the Qorikancha underneath the Santo Domingo monastery. One of Cusco’s most important Inca temples, the Qorikancha was dedicated to Inti, the sun god.

End the day with a pisco sour and dinner. LIMO is known for its range of pisco sours; it’s also one of Cusco’s best restaurants, with views over the Plaza de Armas.

Top end: The newish El Mercado Tunqui (Calle 7 Cuartones) is a tranquil boutique hotel in the restored premises of a former market. Situated five minutes from the main square, it has an excellent restaurant; at breakfast it serves a dizzying array of freshly blended juices. Doubles from US$190 (£114).

Mid-range: Hotel Rumi Punku (Calle Choquechaca 339) is centrally but quietly located. Its name means stone door, presumably because it has its own Inca doorway (a national monument); more modern features include a sauna and gym. Doubles from US$100 (£60).

Budget: Hostal Inkarri (Calle Collacalle 204) is located on a narrow, cobbled street at the foot of the San Blas neighbourhood, near the Qorikancha. It is stylish for the price, and has two lovely colonial patios. Ensuite doubles from $US57 (£34). 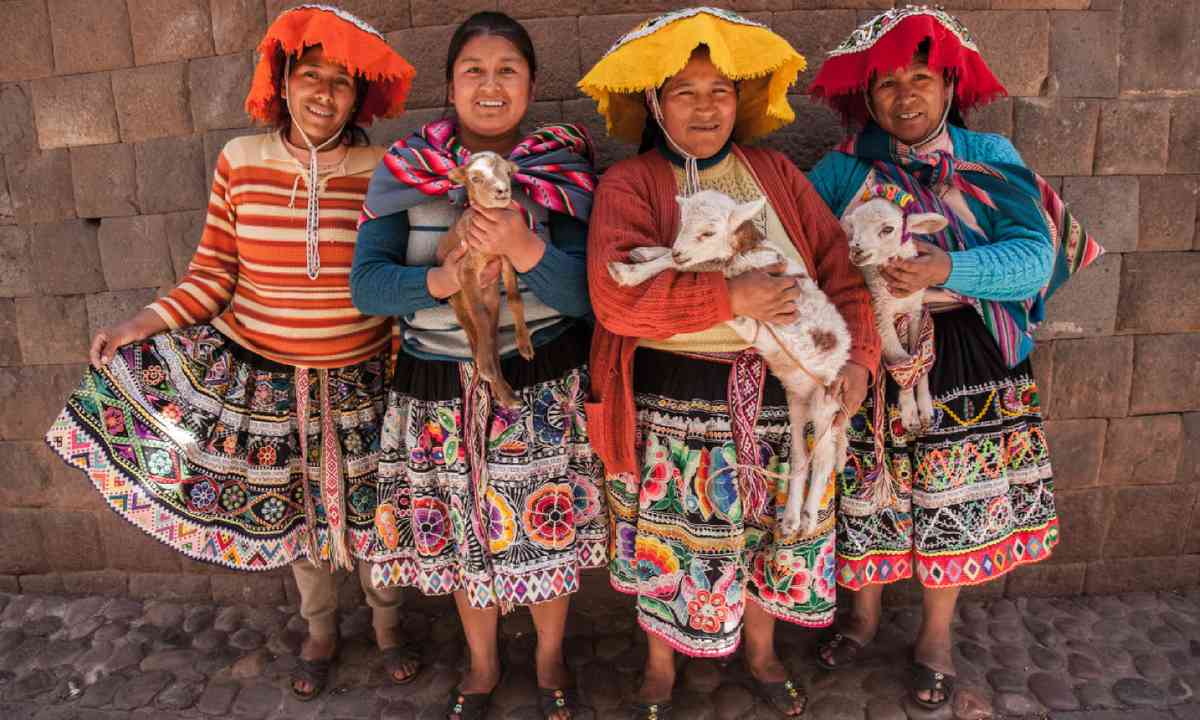 Stay. Even if you’re itching to visit Machu Picchu – either by train or on foot – you should linger: there’s enough to see and do in the city to keep you busy for days. If you do need a break from the urban buzz, head out to the Sacred Valley, the valley of the Urubamba River, where you can visit the historic Inca sites at Pisac, Ollantaytambo and Chinchero. If it’s a Sunday, visit Chinchero market (which isn’t as touristy as the more famous Pisac market), and the adjacent textile cooperative for a spot of shopping. The pre-Incan salt pans – or salineras – at Maras are worth a visit too.

Alternatively, if you want a do something more active, the surrounding area offers excellent mountain-biking, hiking, rafting, horseriding and kayaking opportunities. Specialist tour operator Journey Latin America offers various group and tailormade trips to the area – and Wanderlust subscribers get £50 off all trips.