You'll find spiritualism in even the unlikeliest corners of India – even if you are an utter skeptic...

First, let me make one thing absolutely clear: I’m an atheist. I don’t believe in crystals, I can’t sit cross-legged, and when I use the word ‘karma’ I’m talking about how I feel after a stiff drink. In India, though, religion is difficult to avoid. In Rishikesh, north-east of Delhi at the foot of the Himalaya, it’s impossible.

The town sits at the spot where the holy River Ganges finishes its 272km race to escape the Himalaya. Since long before the Beatles shuffled their bleary-eyed way here in 1968, it has been a centre of Hinduism and a rest-stop for pilgrims on their way into the mountains. This means two things: first, that the town is a visual feast, packed with temples and colourful characters; second, that it’s full of ashrams.

Which was why I was here. Strictly speaking, an ashram is a centre for spiritual learning and religious practice. But in a country where most domestic tourists head to religious sites, they also double-up as a sort of cheap hotel – like a holy Butlins. As long as you don’t mind abiding by a few rules, a stay in an ashram is a great way of rubbing shoulders with holidaying Indians – guaranteed to broaden your mind without stretching your wallet. 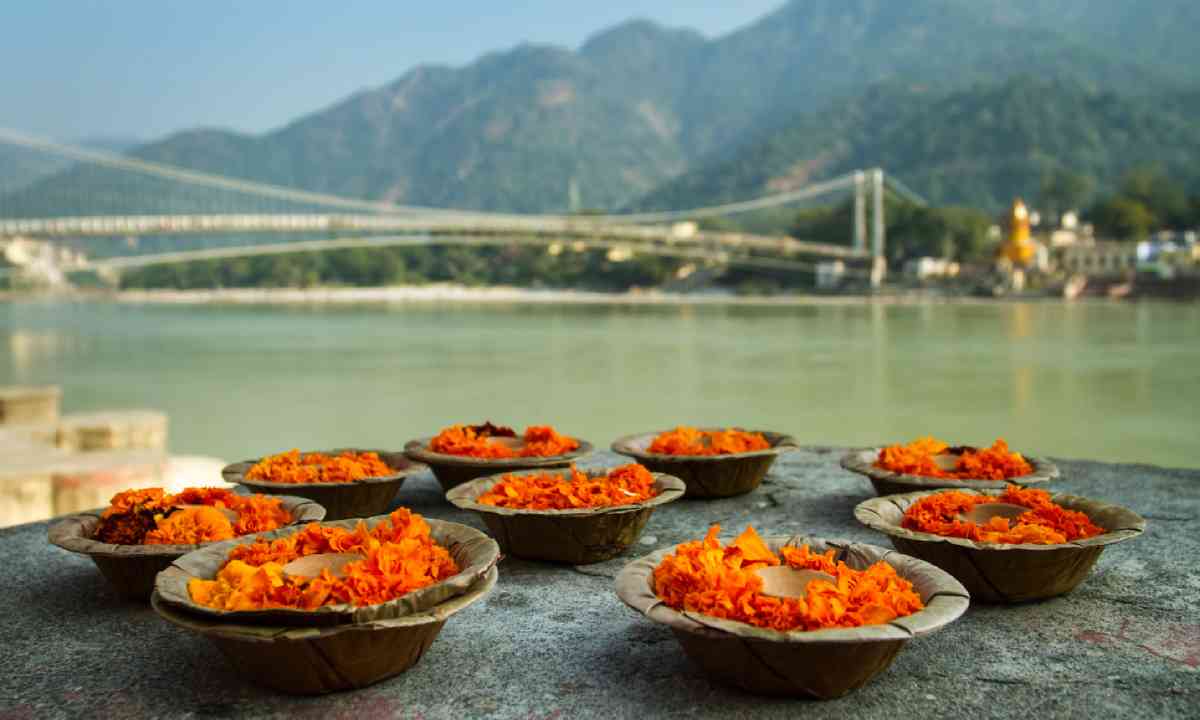 Puja flowers offering for the Ganges river in Rishikesh (Shutterstock)

Things started so well. I walked through the ashram gates into a leafy, clean courtyard and felt the pressures of Indian travel melt away. The jostles, dust and hawkers of Rishikesh disappeared. Here, there were no crowds. Indian families strolled barefoot, children played around them and the trees whispered secret mantras above. Even the crazy colours that Indians so love were muted – pale blues, creams and oranges replaced the day-glo colours of the outside world. After a long journey, I thought I’d found nirvana.

A small, neat man in white took me to my room, which was austere but immaculate. The linen was crisp, the atmosphere restful. It was even en-suite. Feeling smug, I dumped my bags and went for a walk around the grounds.

But pretty soon, an uneasy feeling started to creep over me. I looked around: small, neat men in white were efficiently getting on with their jobs. The floors weren’t clean, they were spotless. Where was the India I’d been travelling in for the past week?

I couldn’t shake the notion I’d stumbled into one of those Utopian societies that Kirk and Spock would occasionally beam down to in Star Trek. Things seemed so perfect on the surface that there had to be something dark underneath.

His appearance was unremarkable – the obligatory John Lennon glasses and Indian pyjama robes. “How are you finding the ashram?” he asked.

“Every day is amazing here in Rishikesh,” he told me. “Today’s an amazing day. It’s always an amazing day. Something amazing always happens.” He shook his head, presumably in amazement. “I don’t know how they manage it.”

“So what brings you here?” I asked.

He tipped his head beatifically and smiled: “God.”

Then things started getting weird fast. Two women were reverently hugging two big pipal trees, muttering and pressing their cheeks against them. A procession of chanting boys, dressed in identical robes, each holding a bamboo stave, glided by. They were all completely bald but for a straggly tail at the back of their heads. I stared as they passed me. They looked back and smiled without stopping their chanting.

It was around this time my brain arrived at the word ‘cult’. 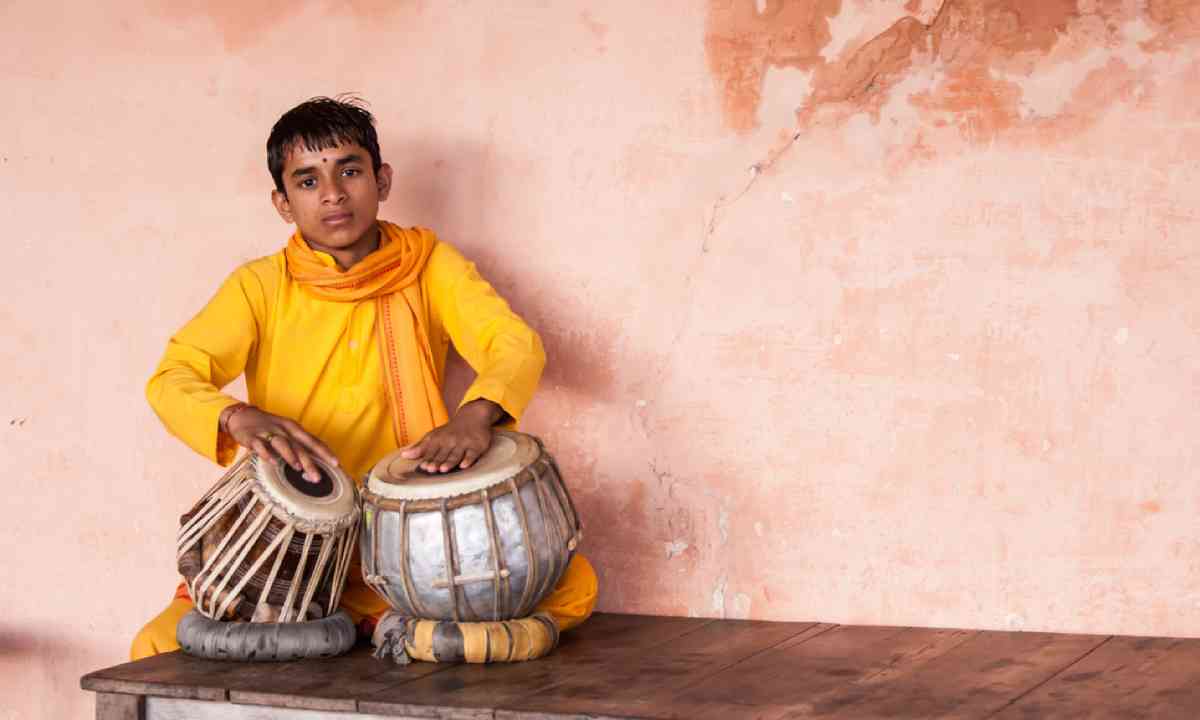 But cult or not, I had entered the lion’s den voluntarily, so I was expected to live by its rules. Most of them, you can probably guess: no drinking, smoking, TV or gambling. Modest dress, politeness and non-violence at all times. Food is provided and is vegan. All fair enough. But then the rules get more esoteric: onions and garlic are strongly discouraged. And, most worryingly: “All pilgrims are expected to join in ganga aarti”. If they were going to try to brainwash me, this would be it – during the light ceremony and devotional singing that takes place by the river every night.

I went down to the river wearing my suspicion like armour. But after an hour of sweating under the floodlights as moths swooped in, people chanted and candles flickered, I found myself starting to enjoy it.

I had come here for more contact with the locals and here I was, surrounded by them. In fact, an old grandma was clutching my elbow to get a better view. We were a big crowd, all dripping with sweat and singing as one; I caught myself smiling and chanting without any self-consciousness. This place was starting to get to me.

I didn’t sleep well that night, despite avoiding onions and garlic. Even my free yoga class the next morning didn’t make me feel any better. I was enjoying the ashram and the insight it gave me into Indian life, but I had a nagging unease. In a poor country, the ashram was huge, clean and well-maintained. It was all paid for by public donation – Hinduism dictates that everyone should give to those who have chosen a spiritual path – but who was looking after all this cash?

The Beatles had their Maharishi, the guru who became dogged by rumours concerning his celibacy vow and Mia Farrow. Here, we had Swamiji. Today, I was going to meet him.

Another small, neat man in white led me through to a walled garden. In its centre, a man sat cross-legged. He was surprisingly tiny and lithe behind his immense mane of hair, and had a nice twinkle to his eyes. He smiled at me to join him. 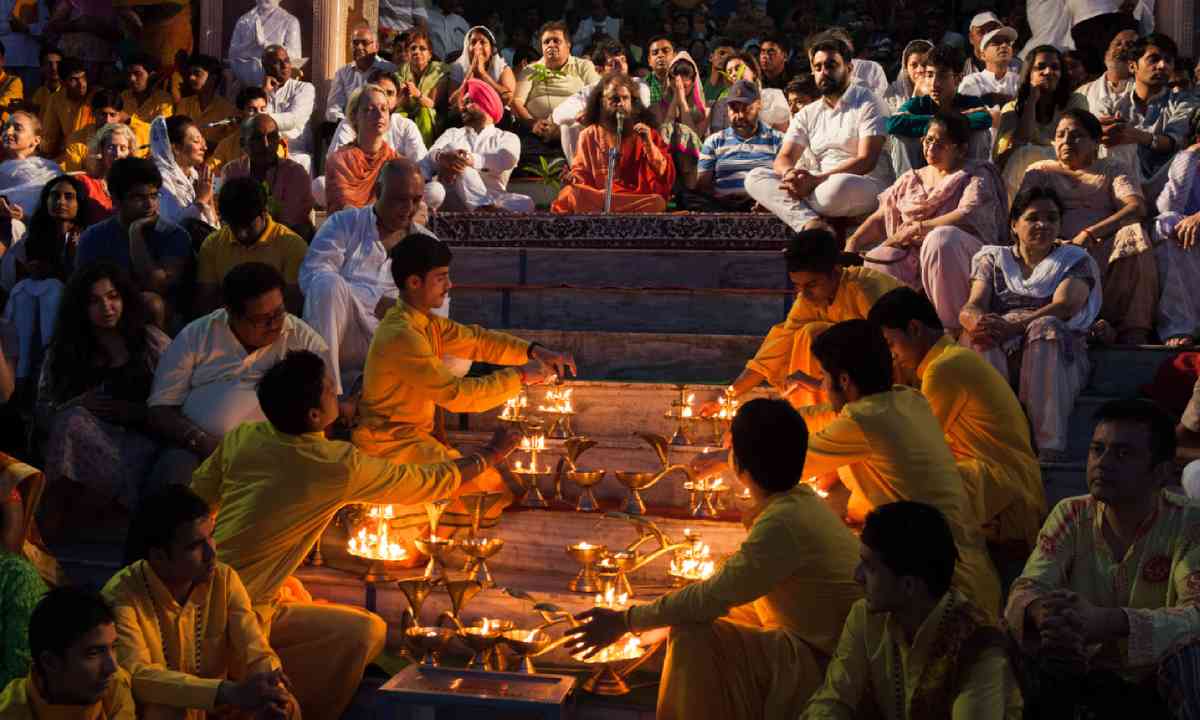 “If you find sitting like this difficult, we can sit over there at the table,” he said as I struggled to get my legs crossed. But no, the pain would keep me alert – I could focus on it if he tried any mind tricks. I started by asking why Western travellers should come to the ashram.

“To be inspired and touched,” he told me. “We don’t tell people, we let them experience. Then they’ll find their home.” He paused, portentously. “Rather than scars, create stars.”

As we chatted on, he mixed pragmatic common-sense with more of these strange aphorisms as though they were pearls of the deepest wisdom.

“Life is going in pieces, but life should be in peace.”

But as my questions became more probing, it became clear that there was nothing suspicious about this man. For all his mystical ramblings, he really was an extraordinary person who had devoted his life to others.

“With vision, there will be no division.”

He told me about his 100 free schools, his sponsorship of mobile hospitals and the wells he has his people dig. He was unequivocal in telling me that the caste system had to be broken to free the uneducated from exploitation.

“Bitterness is like a computer virus: one can spoil the whole system.”

By the end of my 15-minute chat, he was preaching to the converted. I was in the presence of someone who was taking practical steps to lift disadvantaged people out of poverty. Swamiji was my kind of guru. 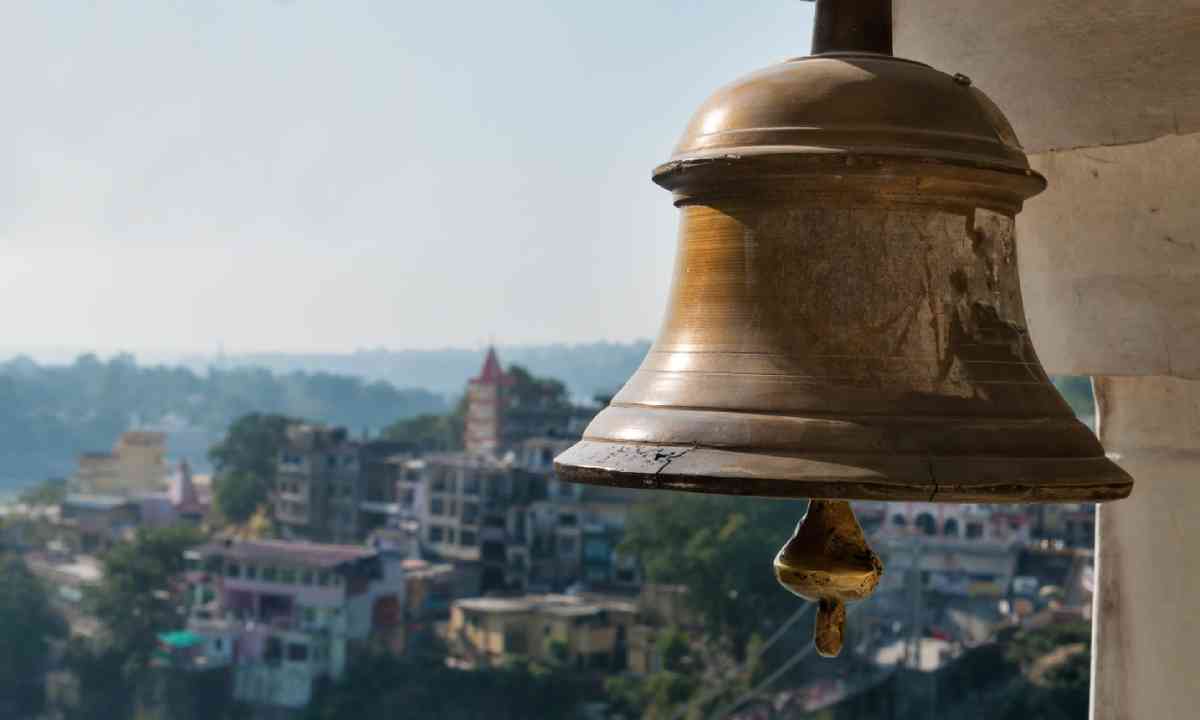 That night, I walked down to the river. Lights twinkled on the far bank and the water flowed fast, smooth and brown. I took off my shoes and dangled my feet. The city was baking around me but the water was still glacier-cold.

At this level, I could see that a metre-high layer of mist sat on its surface where the cold water was cooling the warm, wet air. In the dark, it seemed to glow an ethereal white.

As I got up and climbed the steps towards the ashram, I looked back. From here, the mist was completely invisible.