Rest In Peace: 10 famous graves you must visit in Europe

Pay your respects to some of the greatest leaders, thinkers, artists and musicians the world has ever known on this pilgrimage through some of the most beautiful cemeteries in Europe. 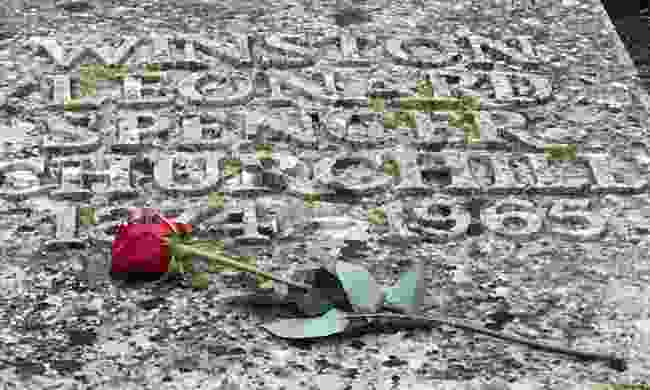 When Sir Winston Churchill died on January 24, 1965, he was given a full state funeral, with dignitaries from over 112 countries attending the service in St Paul’s Cathedral. He could have been buried at Westminster Abbey, along with the great and good of British history. Instead, his final resting place is a relatively simple grave in a churchyard in the village of Bladon, near Blenheim Palace, his birthplace.

Sir Winston is not the only Churchill buried at St Martin’s in Bladon. Both his parents are buried here, as is his wife, Clementine. Indeed, Churchill was always struck by the ‘sense of quietness and peace’ he felt when he visited his father’s grave here and expressed his desire to be buried there as well. 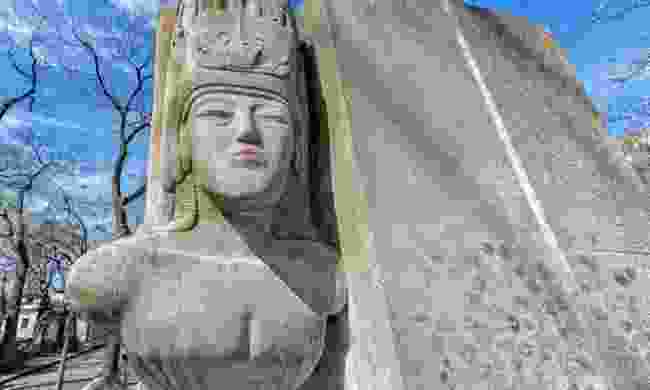 Oscar Wilde’s grave in Père-Lachaise, Paris, like the man himself, has had its fair share of controversy. Created by the sculptor, Jacob Epstein, it features a winged male figure whose exposed genitals were covered by an added fig leaf after countless complaints.

The grave is regularly covered in red lipstick kisses, a tradition started in the 1990s and frowned upon by authorities because of the damage caused cleaning them off. (Be warned: There’s a €9,000 fine if you’re caught in flagrante delicto.) The tomb has also become a rallying point against homophobia. 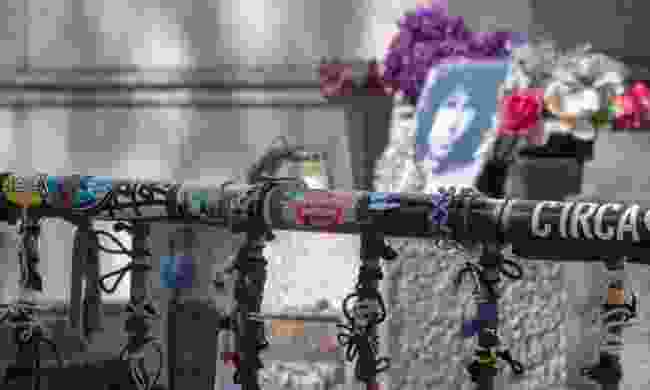 Troubled and charismatic, Jim Morrison was the lead singer of The Doors and died in Paris of a drug overdose at the age of 27. A voracious reader, his songs were heavily influenced by poets and philosophers. Being buried in Père-Lachaise cemetery, beside the likes of Honoré de Balzac, Marcel Proust, Oscar Wilde and Edith Piaf, would have pleased him immensely.

A small grave, Morrison’s resting place can be tricky to find, with reports of Doors’ fans wandering the vast cemetery for days. One wag suggested sniffing the air and following the smell of marijuana. 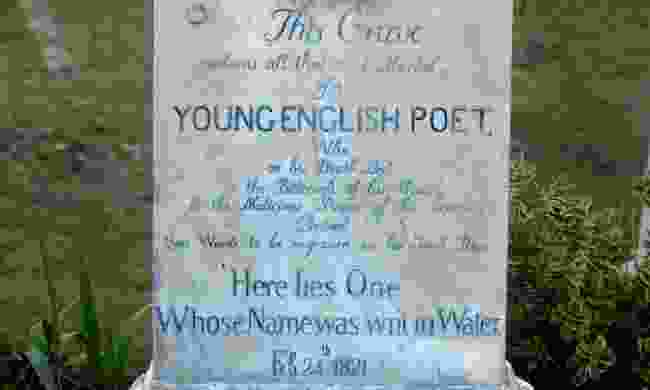 John Keats’ headstone in the Protestant cemetery in Rome (Dreamstime)

John Keats died in Italy at the tender age of 25 and well before the beauty and power of his poetry was recognised. He had hoped the milder weather would help ease his tuberculosis, but sadly, it was not to be.

Keats is buried in Cimitero Acattolico in Rome, often referred to as the ‘English’ cemetery because of the large number of protestants buried there. Don’t look for Keats’ name on a headstone. The young Romantic poet was so embittered by the lack of recognition of his work that he insisted that it proclaimed “Here lies One Whose Name was writ in Water” instead. 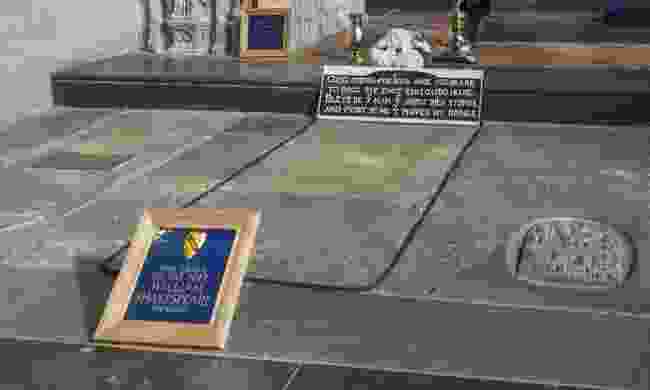 The remains of the world’s most famous playwright rest inside the Holy Trinity Church in Stratford-Upon-Avon. The church overlooks the river Avon and the town where Shakespeare was born and educated, and where he retired to in 1613.

Shakespeare retained his love of the rhyming couplet, right to the end. He insisted that his headstone was engraved with a warning to grave robbers, a serious problem at the time.

“Bleste be the man that spares thes stones,” it reads. “And curst be he who moves my bones.” 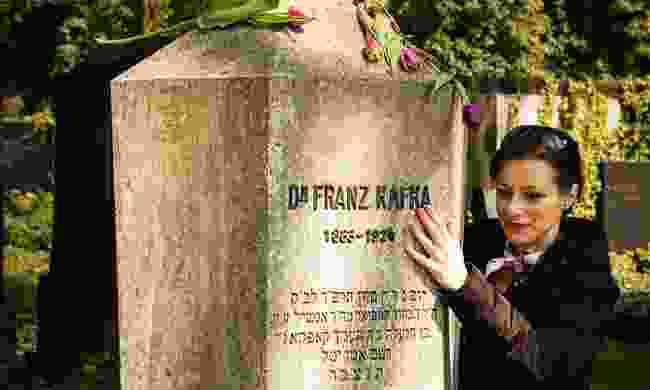 Franz Kafka is the author of some of the most harrowing novels in literature, but his final resting place couldn’t be more peaceful. Set amongst the mature trees of the ‘New’ Jewish Cemetery in Prague (a relative term, as it was opened in 1890), it’s up the back, quiet and secluded.

It can get a little busy on June 3, when fans make a pilgrimage to mark the anniversary of Kafka’s death, but mostly you will be able to pay your respects in peace. Note that male visitors to the cemetery have to wear a kippah, a small black skullcap, available at the gate. 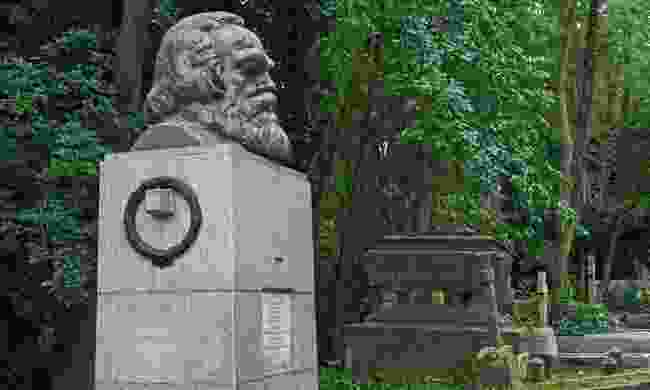 Buried among the upper middle class bourgeois in London’s Victorian-era Highgate Cemetery, Karl Marx, author of, Das Kapital, the Communist Manifesto, remains the most-visited resident. So much so that the cemetery came under fire recently for trying to turn a quick capitalist buck by charging visitors to see it.

Marx was originally buried in another part of the cemetery, 100 yards away. But in 1954, his body was exhumed and moved to where it is now, under an imposing granite tomb, topped by a large bronze bust. It was designed by Laurence Bradshaw and funded by the Communist Party of Great Britain. 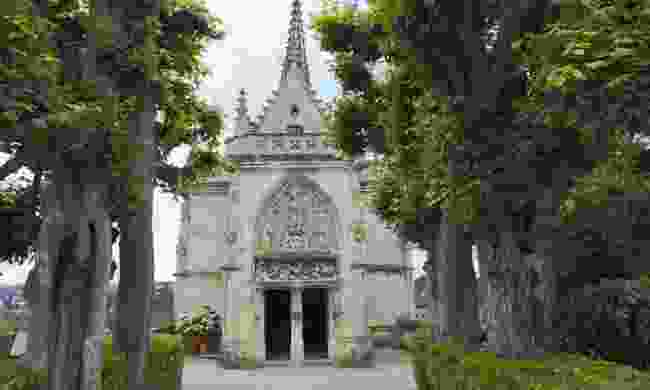 Italy’s most famous artist and thinker actually spent his final years in France, in the town of Amboise in the Loire Valley. He’d been summoned there to work for the French king, Francis I, as his Premier Painter and Engineer and Architect. Leonardo focused on scientific studies until his death on May 2, 1519.

Initially, he was buried in the church of St. Florentin in Amboise, but after it was demolished in the French Revolution, his bones were moved to the Chapel of Saint-Hubert in the gardens of the Château d’Amboise. Today, a small intricate chapel house, overlooking the Loire, marks the final resting place of the world’s ultimate Renaissance Man. 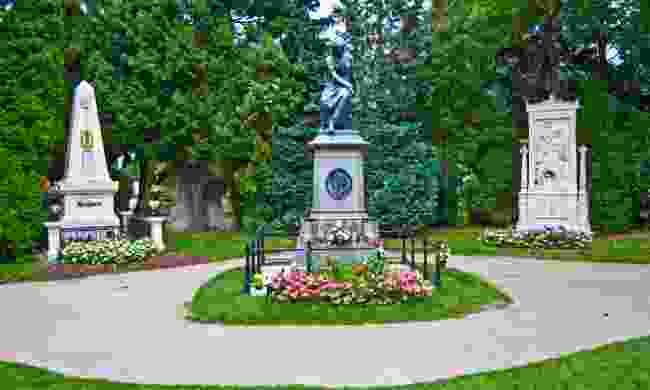 Why visit the grave of just one famous composer when the Zentralfriedhof Cemetery in Vienna offers you the chance to pay your respects to Ludwig Van Beethoven, Johannes Brahms, Franz Schubert and Wolfgang Amadeus Mozart, all in the one spot?

OK, it should be noted that Mozart’s grave is a memorial only. He is actually buried in St Marx, an abandoned cemetery that is now a park. But all the others are genuine Ehrengräber, highly commemorative graves, only bestowed upon Vienna’s great and good.

All of the great composers are grouped into one tiny section of the cemetery bearing the unglamorous title of ‘Group 32A’. They are all clamouring for your attention. Choose one and face the music. 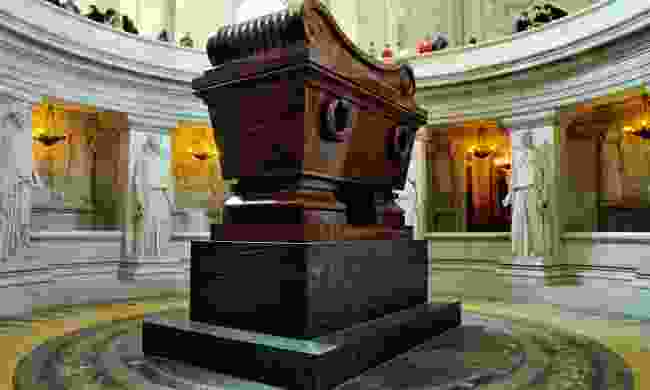 The Hôtel des Invalides, a stunning building in the heart of Paris’s 7th arrondissement, was built by Louis XIV in 1670 to provide accommodation for wounded soldiers. Napoleon famously visited troops here, and, in1840, a tomb was built in the chapel to house his remains. In 1861, 40 years after his death, Napoleon Bonaparte, the first emperor of France, was finally laid to rest.

The tomb features a red porphyry sarcophagus in the middle of a circular uncovered crypt. The mosaic floor it stands upon shows episodes from Napoleon’s reign. As you descend the staircase to enter the crypt, look for the inscription on the lintel, just before you enter. It is an extract from Napoleon’s will and reads “I wish my ashes to rest on the banks of the Seine among the people of France whom I so much loved“.