Have the ultimate urban experience in this African city

Asmara, the Eritrean capital, with its coffee culture, walkable streets, relaxed vibe and astonishing modernist architecture will get under your skin, says Edward Denison

Perched on a plateau 2,500m above sea level on the Horn of Africa, Asmara, the capital of Eritrea, is a majestic city in a magnificent spot, sitting high above the clouds. Its a strategic location, between the Red Sea coast and the hinterland, blessed with a salubrious climate that has sustained villages on this plateau for millennia. So it was no surprise that after the Italians occupied Asmara in 1889, they designated it capital of what became their East African Empire or Africa Orientale Italiana.

The history of Asmara

Over the next 50 or so years, successive generations of Italian colonial planners and architects, reliant on Eritrean labour, knowledge, materials and skills, created a city that remains remarkably intact today; it feels rooted to an ancient past and yet still at home in its 21st century African setting. Indeed, it was these attributes, embodied in the city’s famed modernist urban architecture and planning, that earned Asmara the prestigious title of UNESCO World Heritage Site in 2017, a first for Eritrea and a first for modernist heritage in Africa. The survival of this heritage, its completeness as an urban form and its apparently seamless assimilation into an Eritrean way of life are among characteristics that not merely surprise visitors, but also get under their skin and provoke a life-long affection. 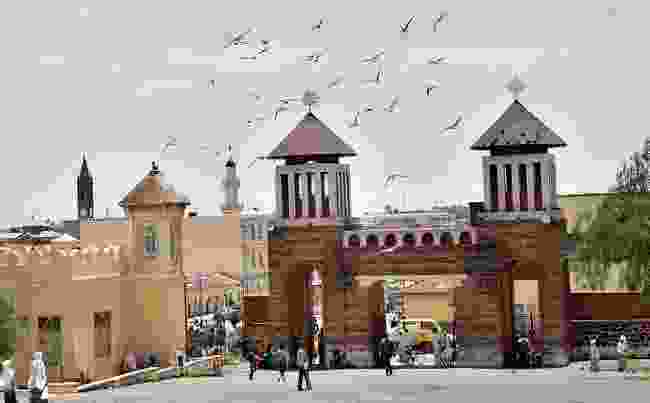 Although the Italians captured the plain of Asmara in 1889, it was in the relatively fleeting period from 1935 to 1941, between Italy’s invasion of neighbouring Ethiopia and their defeat to Allied forces in Eritrea, that Asmara’s modernist character was forged. With massive investment to support Italy’s war effort in the 1930s, Asmara became one of the most modern cities in Africa, with a population around 100,000 (including 50,000 Italians), 50,000 cars, more traffic lights than Rome, nine cinemas, and modern connections to the coast by road, rail and the world’s longest cable car (75km). The most extensive changes were in the architectural character of the city. Thousands of modernist buildings were constructed, from geometrically bold shops, apartments and offices to flamboyant factories and audaciously futuristic petrol stations, such as the aeroplane-form of the Tagliero service station, with its huge cantilevered wings.

However, Asmara’s subsequent fortunes have been less colourful and reflect the protracted road to independence that for Eritreans consumed another torturous 50 years. Asmara’s high altitude and strategic position between Africa, the Middle East and Europe have long made it the stomping ground of foreign armies and, after the defeat of Italy, it was Britain and America’s turn. The British administered Eritrea until 1952, during which time America established one of the world’s most sophisticated listening stations and a secretive military base on the outskirts of the city – Kagnew Station. Britain’s departure heralded a UN-brokered Federation with Ethiopia under Emperor Haile Selassie, which turned to outright annexation in 1961. 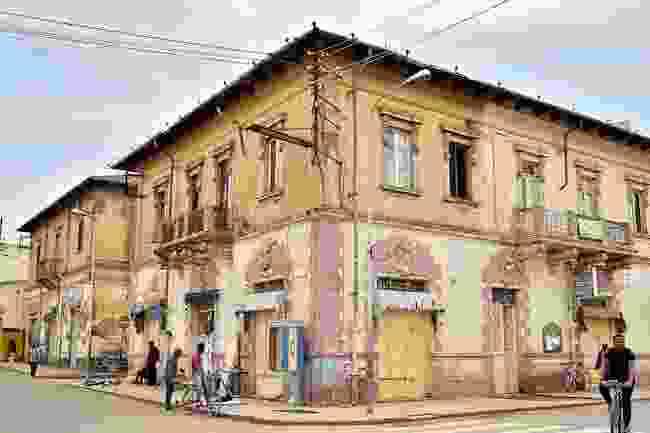 The Eritrean response was a struggle for independence that lasted 30 years, the second half of which endured the brutal Communist Derg regime that deposed Haile Selassie in 1974 and was backed by the Soviet Union. Victory and Eritrean liberation was achieved, against all the odds, in 1991. Asmara mercifully escaped the ravages of this protracted war, emerging virtually unscathed and as if time had stood still. Consequently, Asmara has been spared the overzealous architecture and transport planning that blighted so many urban centres in the decades after the Second World War. Since the 1990s, Eritrea has sought to safeguard the charming character of its beautiful capital through successive heritage projects designed to research, protect and promote this precious asset.

Today, walking around Asmara is one of the finest urban experiences. There are 4,346 buildings within the UNESCO World Heritage site alone, with many more outside. Few cities are so suited to the simple pleasure of walking and urban exploration. The climate is perfect, the streets are clean, refreshment is widespread, crime is extremely rare, the architecture is impressive, the distances are manageable, the sights are varied and the people are incredibly warm and welcoming. Nothing attests to Asmara’s pedestrian-friendly character more perfectly than the daily passeggiata when, every evening around 6pm, Asmarans flock downtown to the palm-lined main street, Harnet (Liberty) Avenue, to revel in each other’s company and to simply be. 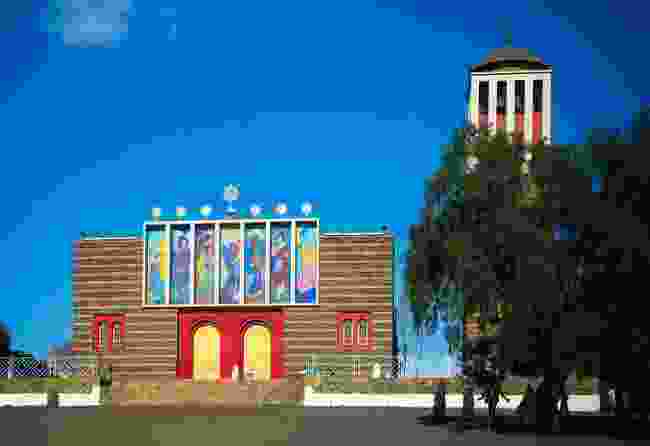 Top 3 things to do in Asmara 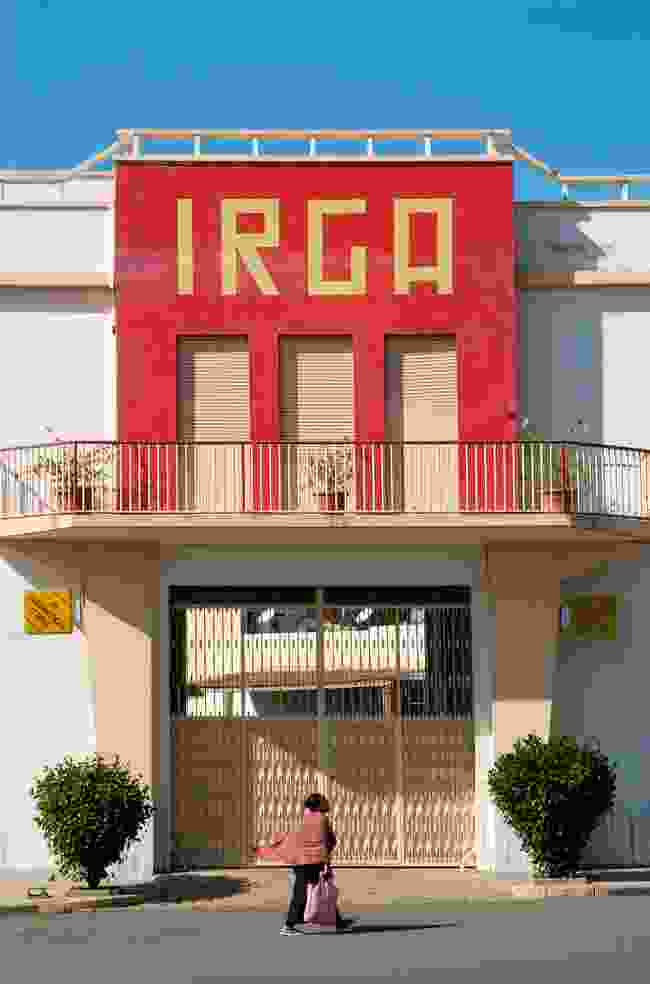 Places to stay in Asmara 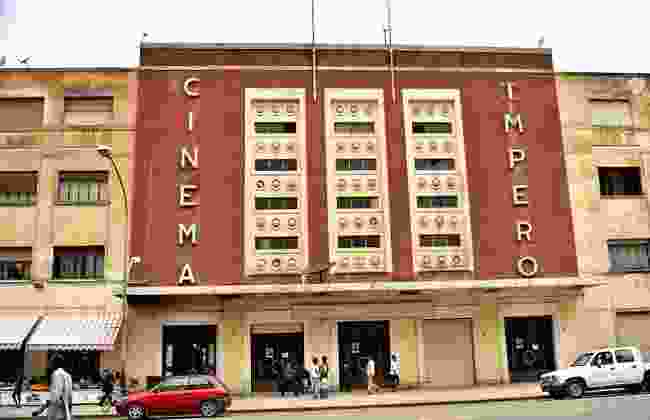 Currency: Nakfa (ERN), currently around ERN20 to the UK£. Take cash to change at hotels as there are no cash machines and banks are impossibly bureaucratic.

Getting there: There are no non-stop UK-Asmara flights. Ethiopian Airlines flies via Addis Ababa, Fly Dubai via Dubai, Turkish Airlines via Istanbul and Egyptian Airlines via Cairo. Asmara airport is 7km south of the city centre, around 20minutes by taxi; expect to pay ERN400/£19.

Getting around: The best way to travel around Asmara is on foot. Cycling, which is a national obsession, is a close second and the perfect way to venture further afield. Bike hire is easy. Taxis are also easy to find and cheap if you use their specified routes, but can get expensive for personal ‘contract’ hire.

Festivals: Big cultural celebrations include Festival Eritrea in August and Independence Day on 24 May. Eritrea’s religious diversity ensures there are plenty of festivals throughout the year for the Orthodox, Protestant, Catholic and Muslim communities.