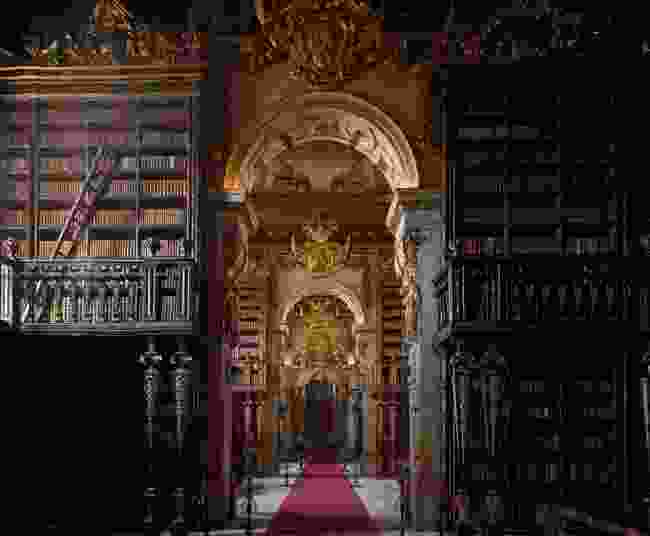 This baroque library, built in the 18th century during the reign of King João V, was largely funded by gold discovered in Brazil. It consists of three great rooms divided by arches decorated by some of Portugal’s greatest artists and is home to over 250,000 books.

This public and university library inherited the collection of books once owned by the Abbey of Geneviève, one of the largest and oldest abbeys in Paris. Built in the mid-19th century, the library has an iron roof that is reminiscent of the railway buildings of the time. Pre-register to visit. 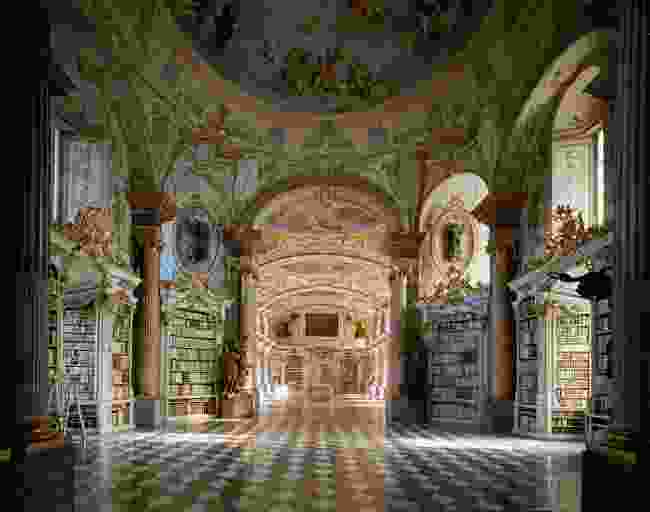 This extraordinary library is the largest monastery library in the world and features seven cupolas decorated with frescoes showing the stages of human knowledge up to the high point of Divine Revelation. The books in the original collection were re-bound in white – at enormous expense – to match the rest of the decorative scheme.

The Rococo ceiling of the Theological Hall at Strahov Abbey doesn’t just look stunning, it was also designed to protect from fire – a huge problem in Medieval and Renaissance libraries. Home to over 200,000 books, including 1,500 rare first editions, it was incorporated into the Czech Memorial of National Literature in 1950. 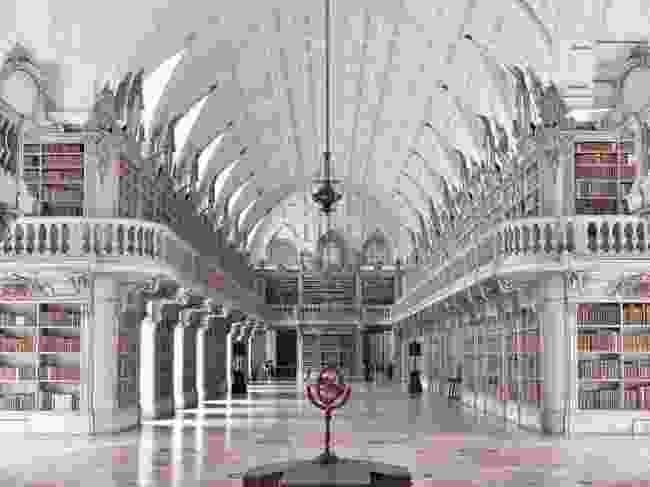 Occupying the largest and most prestigious room in the Palace of Mafra, the Biblioteca do Convento de Mafra is one of the most significant Enlightenment libraries in Europe. Such was its importance, Pope Benedictus XV allowed the library to shelter prohibited books, the reading of which normally lead to excommunication. 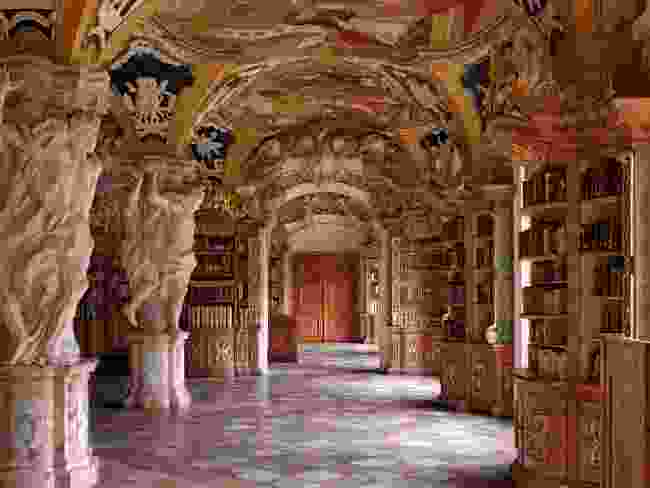 Hidden on the fringes of the Bavarian Forest, not far from the Danube river, the Metten Abbey is home to one of the most beautiful libraries in the world. A riot of Rococo embellishments, including columns that feature sculptures of Christian heroes like Thomas Aquinas, It contains over 150,000 volumes on theology, philosophy and history and can only be visited as part of a tour. 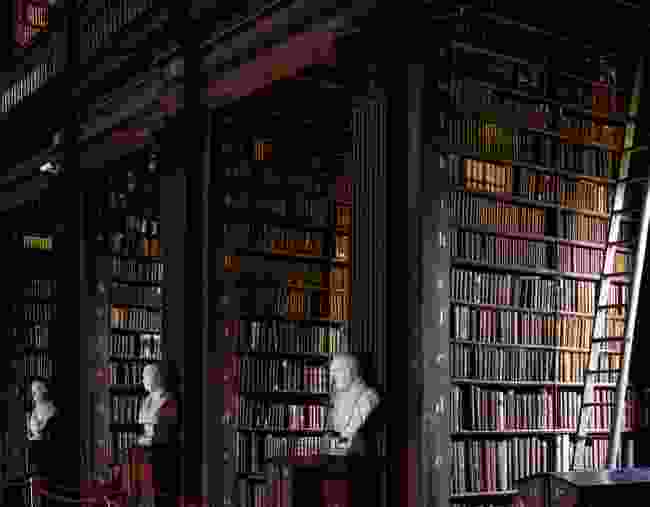 The Library of the Trinity College in Dublin was founded in 1592 and is the permanent home to the Book of Kells, an illuminated manuscript of the gospels of the New Testament, presented to the library in 1661 by Henry Jones. The library’s famous Long Room has been extended on a number of occasions to accommodate every book published in Ireland which the library is compelled to take because of its status as a legal deposit library. 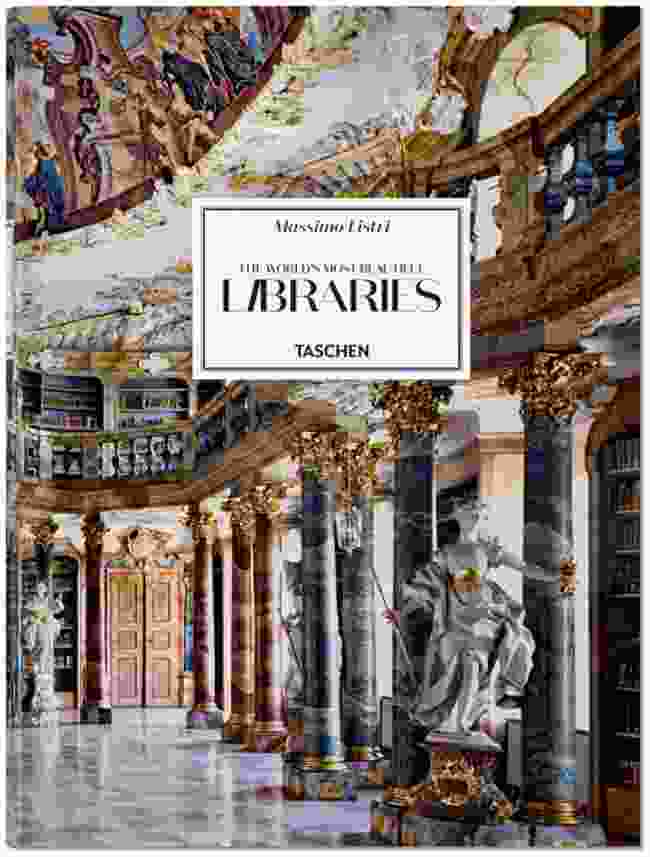 The images featured in this article are taken from The World's Most Beautiful Libraries by Massimo Listri, published by Taschen. Order your copy now.