6 of Europe’s most unusual gardens to discover this summer

Europe has plenty of conventionally lovely gardens, but there are others with weird designs and fascinating histories, from a Masonic millionaire’s retreat to a floating garden network, waiting to be discovered, says Polly Allen... 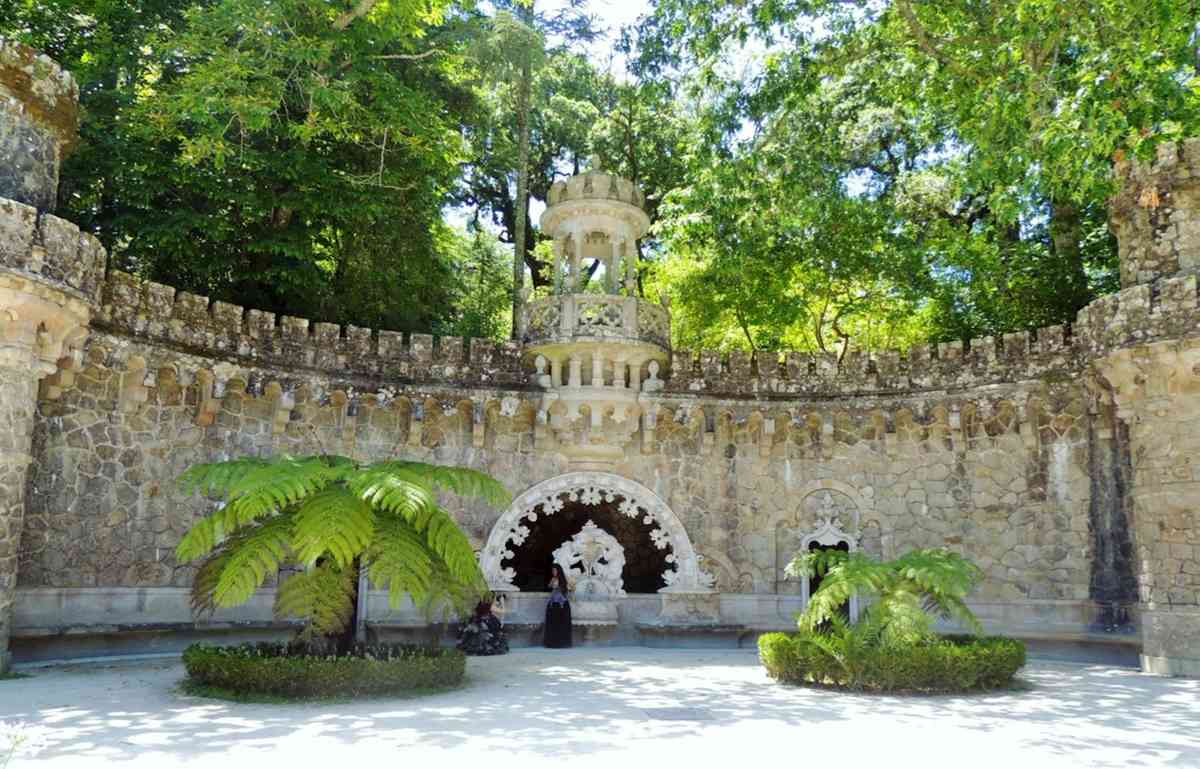 Sintra’s Pena Palace might be the obvious choice for tourists, but nearby Quinta da Regaleira arguably offers quirkier views with fewer crowds. This sprawling estate was customised between 1898-1912 by businessman António Augusto Carvalho Monteiro and his architect Luigi Manini to include a stranger-than-fiction landscaped garden.

Manini reflected his employer’s eclectic taste, with nods to Renaissance art, Gothic architecture, Greek mythology, literature by Dante and Milton, and symbols used by the Knights Templar, Rosicrucians and Freemasons. The fantastical designs will appeal to Game of Thrones fans, too.

Quinta da Regaleira features grottoes, caves, secret tunnels and fountains, all with colourful names, like the ‘Fount of Abundance’ and the ‘Portal of the Guardians’. The most dramatic is the ‘Initiatic Well’, a tower heading into the Earth, complete with a spiral staircase, used for masonic ceremonies, which you can’t afford to miss. Take a guided tour if you must, but the self-guided option, with a map in hand, is more fun. 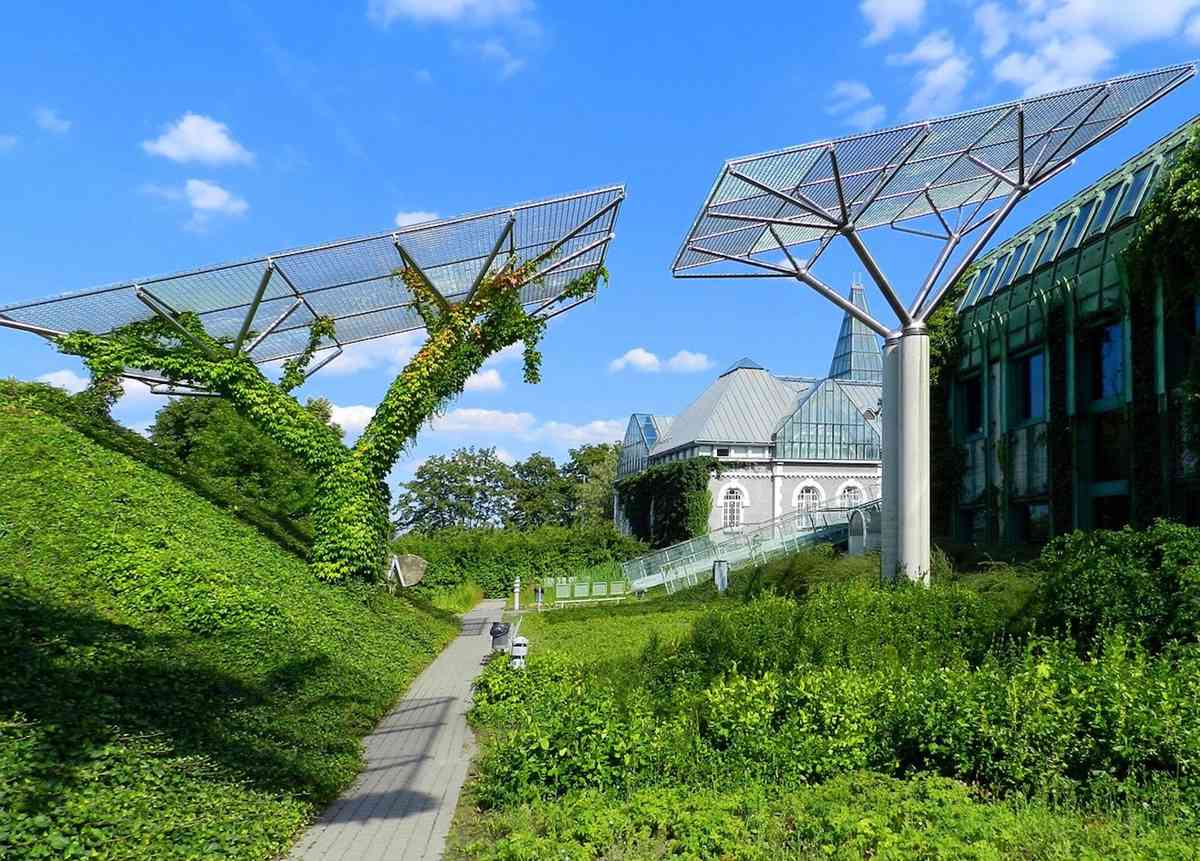 Landscape architect Irenę Bajerską sees her 17,000sqm roof garden at the University of Warsaw Library as “a living organism.” The library’s outer walls are covered in trailing plants and vines, giving visitors a hint of what’s to come. The roof garden has two distinct areas, each with a stream, joined by a fountain and walkways lined with climbing plants.

The lower level, dotted with sculptures, has its own duckpond, whilst the upper level is split into colour-coded plant sections. For example, the purple section contains dwarf Korean lilac.

Throughout the garden, windows and panels give glimpses of the library beneath, reminding you you’re on top of a building, not a ground-level oasis.

15 years after its launch, the roof garden remains popular with local families and tourists, as well as students in this green city. It’s open all year round. 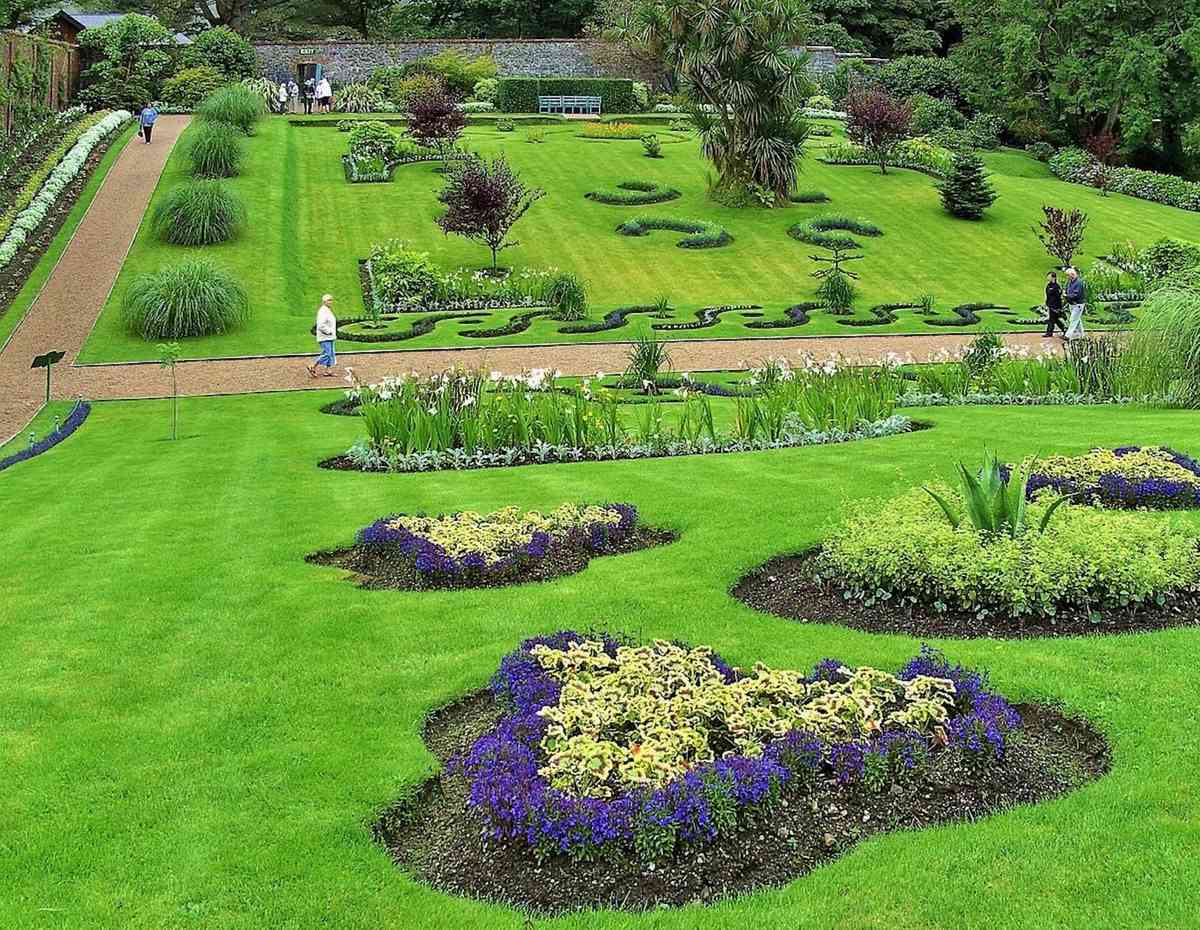 From sweet peas to rhododendrons, no plant grows in the Victorian walled garden at Kylemore unless it would have been available to Victorian gardeners. Even the pots and garden fixtures are original, making you feel like you’ve stepped back in time.

In contrast to the six acres of immaculate flowerbeds and vegetable plots, the surroundings are untamed.

Hike around the 1,000-acre estate to see why its original owners, Mitchell and Margaret Henry, loved Connemara. They had the castle and garden built here on drained marshland in 1867, with 21 heated glasshouses, including a banana house and a vinery.

Kylemore fell into disrepair after a change of ownership, but was resurrected by a group of Benedictine nuns fleeing war-torn Ypres in WWI. While the abbey itself was preserved in the following decades, the garden wasn’t restored to its Victorian glory until 2000, when the original pathways were unveiled. 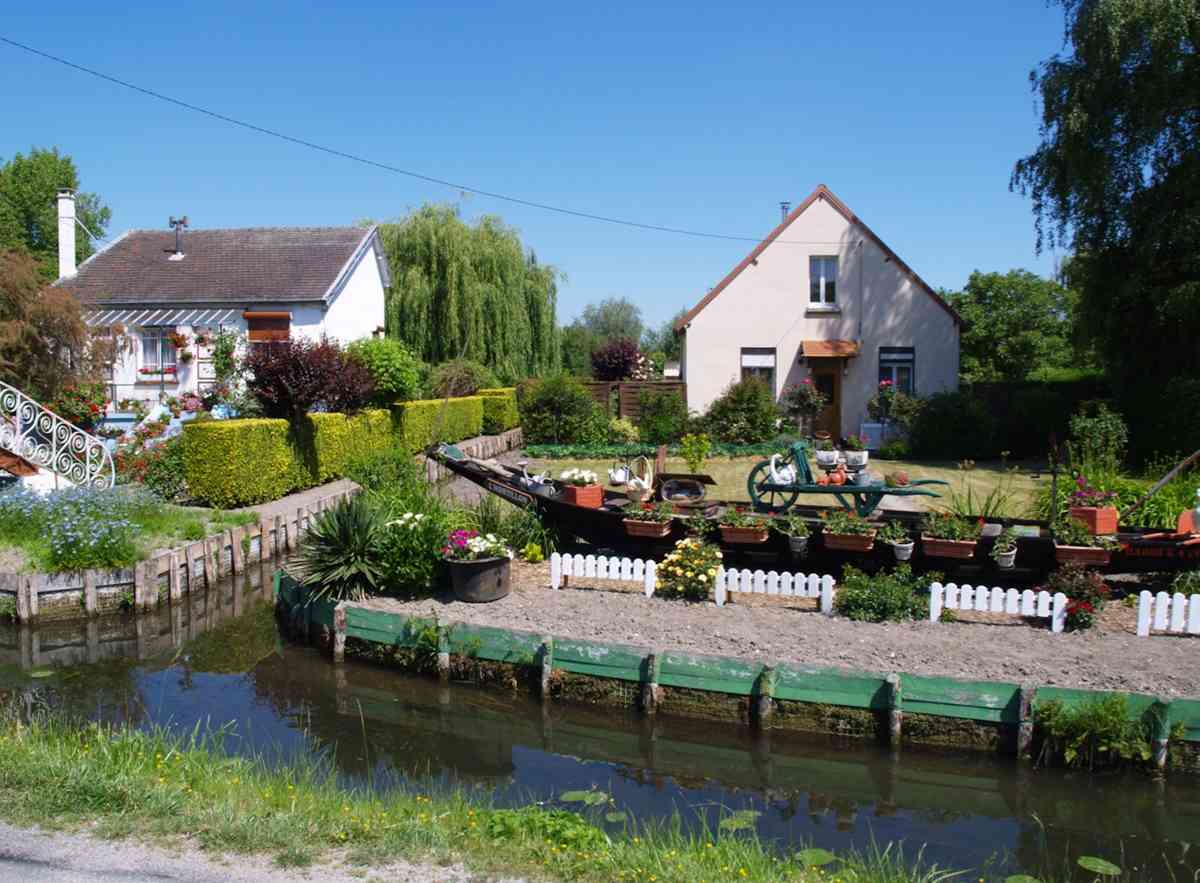 The floating gardens of Amiens, known as Hortillonages, have been cultivated since the Middle Ages. They spread across 300 hectares of marshland, linked by water channels (rieux). Explore them with a guided afternoon boat trip in a barque à cornet, cycle along riverside paths, walk, or go kayaking, dodging swans and ducks en route.

There are roughly 1,000 individual gardens, all pesticide-free, mostly used as weekend retreats or for gardening projects. Only seven market gardeners (Hortillons) earn their living here. No two plots are identical and some are left growing wild. Few have electricity, yet the Hortillonages begin just a few minutes’ walk from Amiens Cathedral, so this cultivated wilderness is accessible.

As the Hortillonages are in the Somme, an area forever associated with WWI, the floating gardens might bring mental respite for battlefield and cemetery visitors with some time to spare. 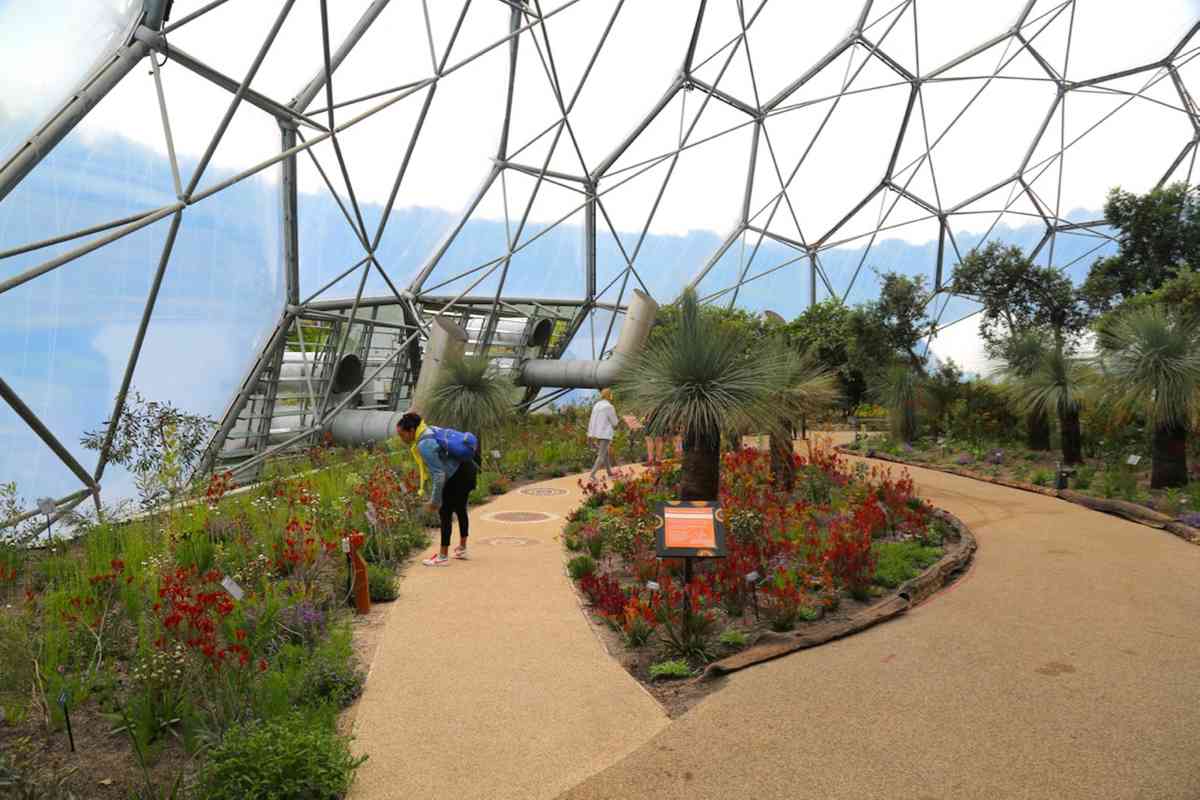 Inside a biome at the Eden Project (Graeme Green)

The Eden Project opened in 2001 in a former quarry and consists of several gardens: some outdoor and others arranged inside giant biomes (bio domes) with microclimates. Whether you’re walking on a tropical ‘cloud bridge’, spying a giant bee sculpture or passing a rubber-tapping exhibit, there’s an understandably strong conservation message amid the Instagram-worthy views.

Though Eden is child-friendly, you can appreciate it as an adult, from tasting rum-infused baobab smoothies to discovering the plants extracts used in painkillers. The achingly cool health food in the cafes is also tempting.

The newest attraction is the Western Australia Garden, which is perfect for anyone who can’t afford a round-the-world airfare just yet. Australia has famously strict biosecurity laws to guard its ecosystem (in May this year, its customs officers destroyed irreplaceable plant specimens on loan from a Parisian museum). This garden perhaps explains why Australia is so precious about its plants, such as the symbolic kangaroo paw. 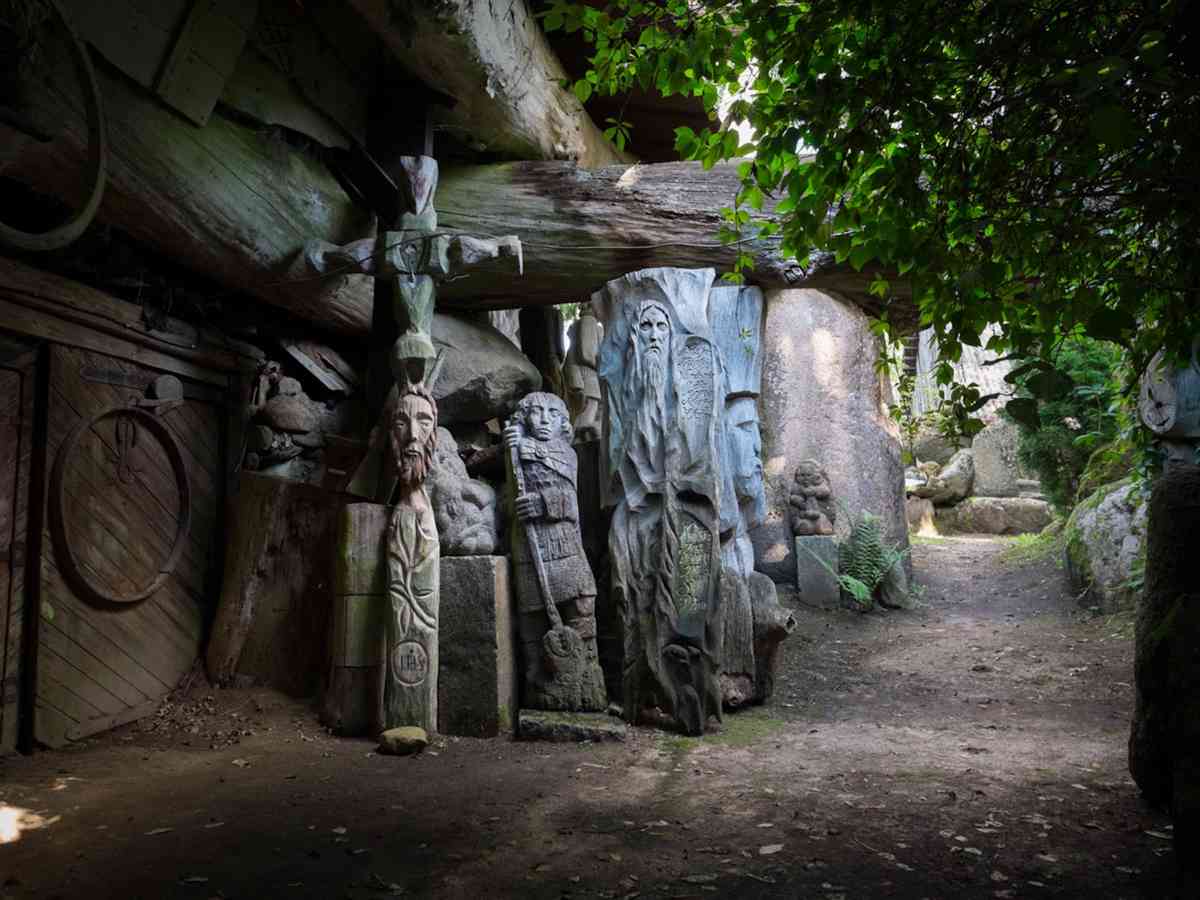 Can you fight political oppression with gardening and God? It seems so in Salantai, Lithuania. Living under Soviet rule, young Vilius Orvydas knew religious symbolism, including tombstones and roadside shrine statues, was banned. However, from the 1960s to 1980s, his stonemason father, Kazys Orvydas, saved and hid the illegal artefacts on their land.

Meanwhile, devout Vilius sculpted huge new pieces in stone, metal or wood, using discarded stone, Soviet missile debris and fallen trees. The result is a mixture of totem pole-style figures, abstract rock formations, and powerful protest art. He added pathways and water features among them, and the garden became a symbol of defiance against the regime. Despite Soviet opposition, visitors kept on coming.

It failed in it’s big to secure UNESCO World Heritage Site status, but the Orvydas Garden remains an important reminder of historical oppression and it’s a calming place to stop as you discover Lithuania.

Polly Allen is a freelance journalist and cultural travel blogger, based in the UK. Her favourite destinations include Arequipa, New York and Tallinn. Follow her blog at travellingcalavera.com and find her on Twitter here @misspallen.